Mass testing and screening to start as seven cases of C... 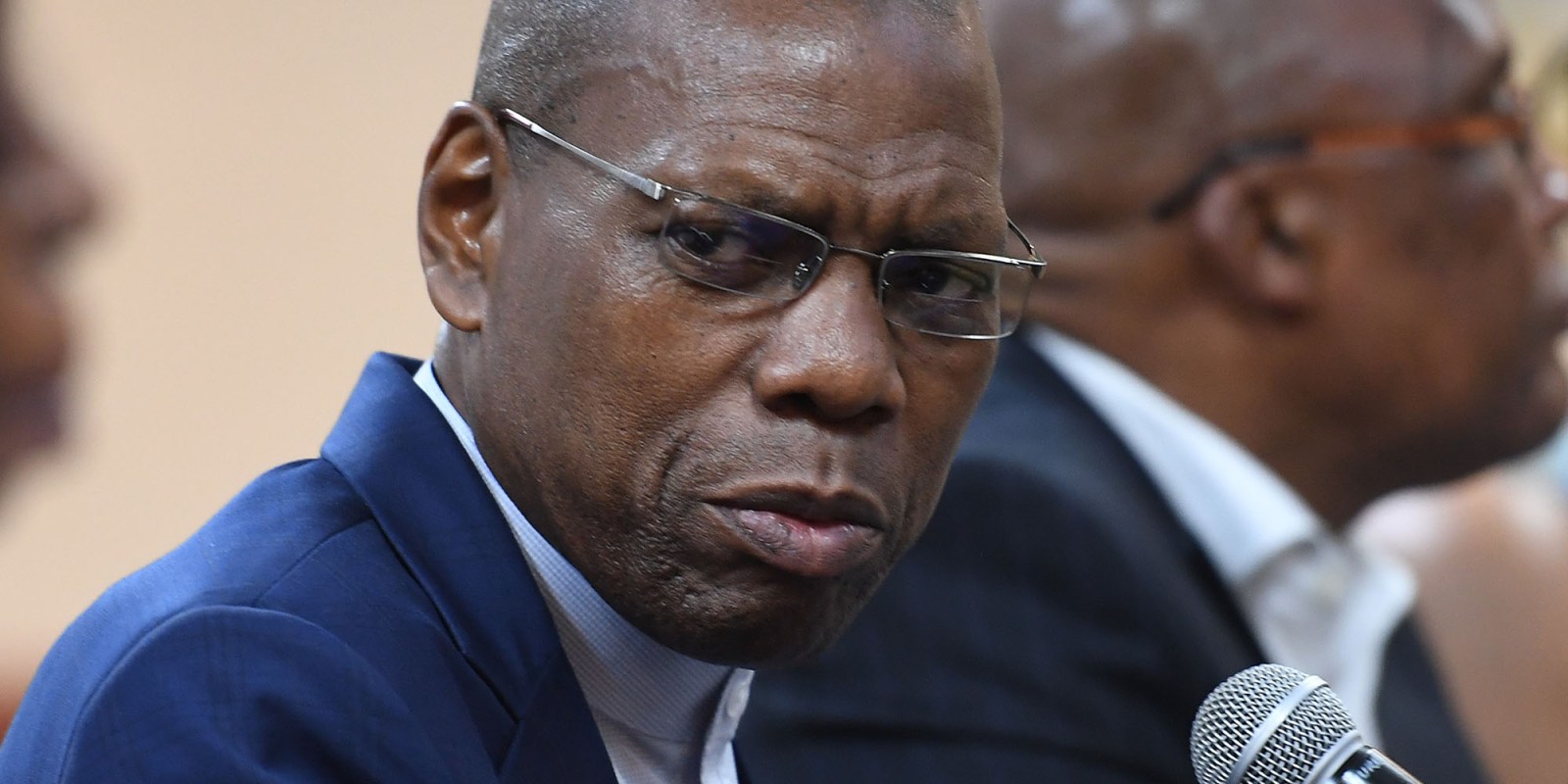 As the first seven people in the Free State tested positive for Covid-19, volunteers from Red Cross, experts and a mobile testing unit from the National Health Laboratory Services were urgently dispatched to Bloemfontein on Friday 20 March. Doctors discovered that five international visitors, who had tested positive, attended a large church gathering of between 200 and 300 churchgoers. It was also revealed that two other individuals who had tested positive had close contact with children in a Bloemfontein school with 700 learners.

He announced that the number of cases are up by 52 from Thursday 19 March and the total number of patients testing positive for Covid-19 in South Africa now stands at 202 – but said they aimed to test 600 people on Friday in a bid to stop local transmission of the virus in the Free State.

Mkhize spent Friday morning addressing the Free State legislature and medical personnel after the seven Covid-19 cases were found in the province. Mkhize said the first group of patients were overseas visitors to a large church gathering and arrived on 9 March and stayed until 11 March.

“Two of them were from Texas, another two from Israel and another one from France. Our concern is that while they were there they developed symptoms. They have been quarantined in the Bed and Breakfast where they were staying. Their tests all came back positive.

“Our challenge now is to find the people who attended church with them. Some will have to be tested immediately and others we will just keep an eye on. We have discussed with the provincial government that the numbers of tracing teams must be reinforced. We have called on SA Red Cross and they have sent 285 volunteers who will help with contact tracing.

“This weekend we will rush out to find them. They must be screened, tested and quarantined. We are appealing to the members of the church to help the screening teams to identify others. We have dispatched a senior expert from the National Institute for Communicable Diseases to come and reinforce this effort. They will be landing here today. A mobile unit from the national health laboratory service is also coming to help us with the testing.

He said they will be able to test 600 people on Friday as soon as they are found. “When you face a situation like this one, it cannot be treated like other cases. We are working with a concentrated set of contacts here,” he said.

He said President Cyril Ramaphosa has been briefed about the situation.

The second cluster of possible infections, Mkhize explained, was at Brandwag Primary School in Bloemfontein. The school has about 700 learners.

He said a volunteer at the school returned from Italy recently and tested positive for the virus. A mother who has two children at the school in Grades 1 and 2, who is a health worker, also tested positive. “She works at a number of private hospitals. We have identified the numbers of patients she looked after. We will have to screen and test them because we must know who infected her. She doesn’t have a history of international travel,” he said.

He said the woman’s two children have shown symptoms but might just “have the flu”.

“We met with the parents to discuss how we are managing this viral infection. We also met with teachers and are making sure that nobody panics. Children understand quickly. A group of parents whose kids have not been in contact with the two under investigation have been assured that they are unlikely to be affected. We had a separate discussion with children who shared classes with the two who are being tested. Our message is that they shouldn’t panic. The results will come back soon. The two children will be in quarantine in any event with their mother.

“The game will change if the kids test positive. Then all of the children will have to be quarantined while we wait for their results,” he said.

“We have briefed nurses to explain this process to the parents. The provincial government is looking at accommodation for families to go into quarantine if they can’t do so at their own homes.”

The Premier of the Free State, Sisi Ntombela, said that all large government events for the rest of the year have been cancelled and the budget will be diverted to buy hand sanitiser and assist communities with water.

“It will go straight to fighting the war with this disease. We have no choice but to protect our own people. After I was briefed by the minister I understood very clearly how serious this thing is. Our people are in danger. Yes, it is here now. Yes, it will be with us now. More people are going to be affected… Pray for us to be strong and united. We must not lose hope. God will never leave us like that. We will survive,” she said.

Mkhize said he did not want people to panic. “I think 80% of people who get the virus will have symptoms but would not need to be treated. There have been no deaths in South Africa yet. We have had two recoveries. Everyone isn’t going to die.”

He said no patient who tested positive for Covid-19 is currently needing intensive care. “We had one but this patient had a serious underlying renal disease,” he added.

He added that the student at the university of the Witwatersrand who tested positive a week ago for Covid-19 has now tested negative. “The only clinical explanation is that her body got rid of the virus. There is still a lot of scope for research into this virus,” he said.

“We are not facing an apocalypse. We are seeing that firm decisions and determination can make a difference,” he said, explaining that China now has no new infections following strict lockdown regulations.

He pleaded with South Africans to limit their social contact and movement.

“This is where the virus will be defeated,” he said. “We want to flatten the curve. The numbers must rise slowly otherwise they will overwhelm the health system.” DM