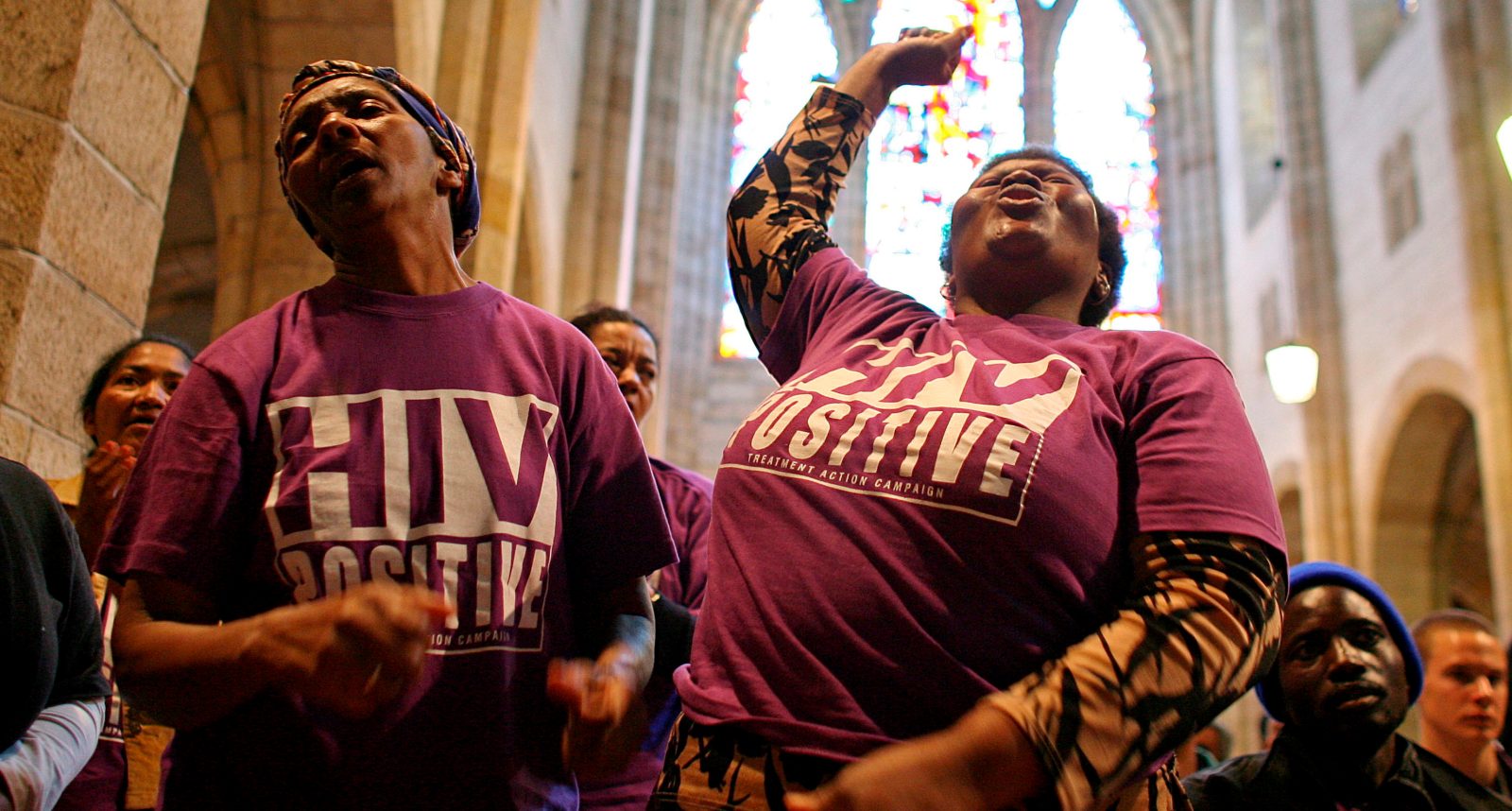 Health and human rights activist Dr Lydia Cairncross talks to Maverick Citizen about her work and growing up surrounded by activists.

Google offers scant personal detail on Lydia Cairncross. In fact it proved impossible to find a photo of her as in the era of social distancing we conducted the interview telephonically. The 43-year-old Associate Professor of Surgery at the University of Cape Town is achingly private and reluctant to speak of herself.

However, regarding her academic accomplishments and health activist work, plenty can be found on the internet.

The head of Groote Schuur Hospital’s Breast and Endocrine Surgery Unit, Cairncross has long been vocal on matters relating to quality healthcare access in South Africa, and has penned editorials around the proposed National Health Insurance Bill.

She has been outspoken on transformation issues: diversity and inclusivity, racism and sexism in South Africa in general, and in academic spaces in particular.

On Wednesday afternoon, speaking via a WhatsApp call, she relays how she was an activist before becoming a doctor. Soon enough, she opens up about her formative years.

“I was born in Cape Town into a political family,” she says. ”My mother was a doctor and my father an engineer, but throughout my childhood it was clear that, for both of them, their identity as professionals was really secondary to activism. They were committed to remaking the world into a more just and egalitarian place. I thus came to medicine via the lens of social justice and not the other way around.”

In 1980 her family moved to Harare in the newly independent Zimbabwe.

“I have childhood memories of a house filled with anti-apartheid activists from all political tendencies,” she says. ”So I kind of grew up listening to those conversations; a commitment to building Zimbabwe, and an identity of South Africa as home.”

In 1990, the family moved to Johannesburg, where Cairncross attended Chris J Botha Secondary School, serving as chairperson of the student representative council.

Cairncross went on to study at the University of Cape Town, specialising in surgery.

“After my graduation, internship and community service, mostly served in the Eastern Cape, surgery was not a likely career choice for me,” she says.

“But at the time of my specialisation, South Africa was in the midst of the HIV epidemic before the public provision of anti-retrovirals. Witnessing that epidemic unfold shook my faith in medicine. But in surgery I still saw the possibility of a doctor making a tangible difference.

“I didn’t anticipate that I would end up doing breast and endocrine work. It’s quite a sub-specialist field and I hadn’t necessarily planned it, but it turned out to be a good space for me because it’s women’s health, and also because breast cancer is such a massive public health issue.”

Joining the Treatment Action Campaign (TAC) in 2001, she first witnessed ”the immense power of focused mobilisation”.

“I saw the power of activism when it’s coupled with focus and health literacy,” she says.

“I mean, TAC activists really understand what they’re talking about and that’s so powerful. My health activist and community work has continued through the People’s Health Movement of South Africa, on the social determinants of health and the National Health Insurance proposal.”

She recounts how they ran full outpatient services at Groote Schuur Hospital on Wednesday – a surgical clinic in the morning and a breast cancer clinic in the afternoon – while brainstorming contingency plans around the Covid-19 pandemic.

“So, patients are being assessed as they come through the door,” she says. “Everyone is being given antiseptic hand-rub, and there is some general advice about keeping physical distance from one another.”

At this time, Cairncross insists that creating “physical distance” is key.

“I think we should popularise the phrase ‘physical distancing’ , which comes from a friend of mine who is a social scientist, and who said ‘social distancing’ doesn’t sound good,’ says Cairncross.

In the light of Human Rights Day on Saturday, she highlights how a crisis of Covid-19’s magnitude compounds deep social and economic inequalities.

“This week has been about engaging with other civil society groups,” she says. ”So we had an online meeting yesterday, and there will be another one later. But the issue is how a pandemic like Covid-19, it really unmasks the deep injustices and inequalities in the system. Not just the health system, but the whole social fabric of the way that we live. The false divisions between middle class and working class communities, the false divisions between countries, between North and South.

“It shows us that what we do as people, it affects all of us across the globe. So I think, with this epidemic, we could either see people retreating into our individual identities in various ways, whatever they may be: class or race or country. Or this crisis might bring out a different kind of global awareness and perspective, which of course would be much better.

“So, if you look at South Africa, at the moment we have two parallel health systems, one very well-resourced and one under-resourced on many levels. I am hopeful and optimistic that on both sides, both in public and in private, we will no longer see ourselves in those silos. That we’ll be able to mobilise resources to deal with this epidemic across both platforms.

“Because if we don’t do it collectively, it’s not that some people are going to succeed, and some aren’t. It will affect everybody. For example, ventilators, ICU beds, nurses, equipment, masks, all of those things need to be shared between urban, rural, tertiary, primary, private and public facilities. It should go to where the need is, which is really what social solidarity is about. And this really is the ethos we want to promote in health, and what we should have in health.”

Cairncross’s thinking is refreshingly pragmatic as she sketches solutions to challenges facing South Africa in the wake of Covid-19.

“So we need to have a state response that acknowledges these specific contexts or difficulties. We need to make sure that vulnerable workers have income protection if they need to stay at home. People who are in informal employment, if they don’t work, they don’t earn. We need to incentivise these people to stay home if they are sick, even if they will not be earning.

“So, you know, we are going to need a lot more masks and gloves and goggles and aprons and gowns than we have used until now. These need to be provided not only to health workers in hospitals and clinics, but also to health workers in communities. Our community health workers are particularly vulnerable, and they are going into people’s homes. They’re often looking after elderly patients, cancer patients, frail individuals, they are themselves at risk as well as being at risk of transmitting the virus.”

On the home front, Cairncross is married to orthopaedic surgeon Sithombo Maqungo, originally from Tsomo village in the Eastern Cape. The couple met while studying at the University of Cape Town, and now have two children Lanika, 8, and Livumile, 5.

“So my husband, he brings this other dimension into my life,” says Cairncross.

“This is incredible, because at least two or three times a year we go with the kids to his village, where we spend time living a different kind of life. You know, where our children are exposed to something different to being middle-class in Cape Town, which is good. It’s a space of big growth for me too; I suppose I find an African connection, which is very important to me.”

“I mean, right now it’s tiring for the children, these long days without school,” she says.

“It is hard, with so much going on: trying to look after ourselves as health workers, looking after our families, while taking up the many, many issues that need to be taken up in society right now. I think that when you have a progressive lens, you just end up involved in so many things. But it simply can’t be any other way, when you are always trying to change the way the world works.” MC