Covid-19 and the need for economic reform 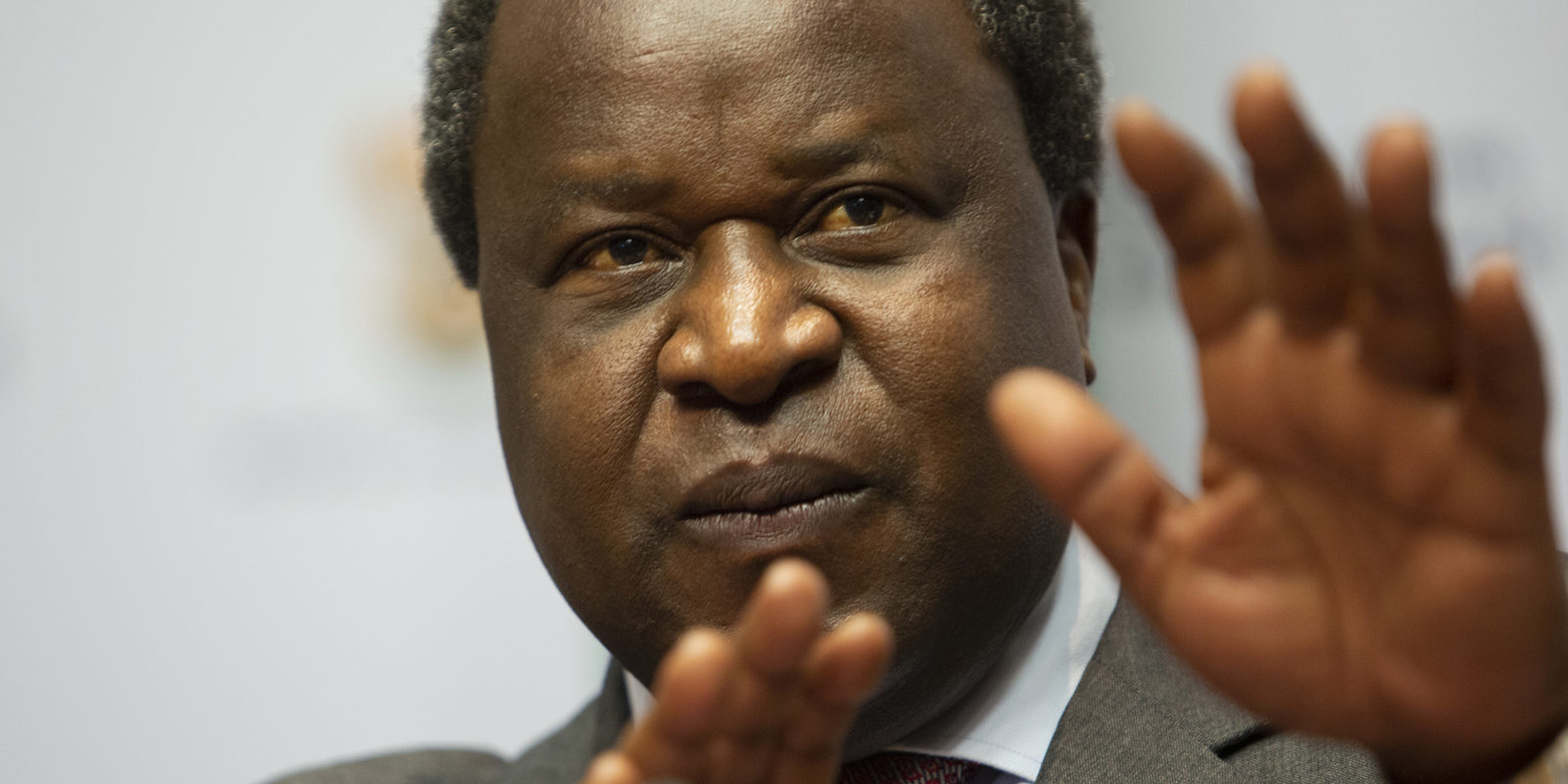 Even in times of deep crisis, the South African government refuses to learn from its own experience – that austerity is the wrong medicine. This is illustrated by its response to the outbreak of the COVID-19 virus. At a time when even developed countries – with more advanced health services – are overwhelmed by the pandemic, South Africa, with levels of mass unemployment and unequaled inequality, are having to confront a Government that has declared war on the public sector.

Based on this year’s proposed R37.8bn cut to the public sector wage bill for the coming fiscal year, over and above a wage freeze, the numbers in the budget cannot but mean retrenchments of public sector workers. The wage bill cuts of R160bn over three years were obviously decided at the last minute and not even fully recorded in some tables in the Budget Review. A total of R12.8bn of the wage bill cut is missing in the Consolidated Budget for 2020/21 and R15.7bn in 2021/22.

Those discrepancies alone correspond to over 40 000 employees in year one and over 50 000 in year two. This would mean many more vacancies in essential services, including the health sector. On top of this are additional real cuts (after inflation) to the infrastructure budgets of health care, education and human settlements of 1.5 to 3%.

Instead of breaking from the draconian February Budget announcement, the government is doubling-down on its austerity agenda. This is evident, given that Tito Mboweni said that “we will need to reduce programmes throughout government, and reduce allocated amounts so that we can shift funds to this, which we are committed to achieve”. Our government’s intent to pursue austerity can only lead to a recession that further weakens our already depleted defence against the pandemic.

Declaring a national disaster allows for additional funds to both curtail the spread, and mitigate the mass disruption of the pandemic.  All over the world governments are responding to this mass disruption and the inevitable global recession by turning to massive injections of capital to keep their economies afloat. In the USA President Donald Trump has announced a $1 trillion stimulus package, the EU an €800 billion. Many others including the United Kingdom, France, New Zealand (4% of GDP), South Australia, Italy and South Korea all took similar action. Here at home the government announced miserly interventions such as the Department of Social Development allocating a mere R96 million to assist individuals and families affected by the pandemic.

The inadequacy of such measures are simply repugnant, considering how many may lose their lives as a result. Further, to make up the ‘shortfall’ the government aims to redirect resources from already underfunded programmes, exacerbating all our other social crises.

This is not a fiscal stimulus. This response, as surprising as it may be given the once-in-a-century pandemic we face, is in line with government’s unquestioning priority to “stabilise public finances” and reduce the budget deficit. It seems it will continue this commitment regardless of a pandemic and its unprecedented global impact that includes the shutdown of entire countries.

The cuts proposed in this year’s Budget must be reversed. The government must implement a meaningful stimulus, injecting, at least, an additional 3% of GDP back into the economy. Initially, some of this must be geared towards improving state capacity – particularly in the health sector – to conduct mass testing for free (and not at the cost that opportunistically takes advantage of the crisis to make exorbitant profit.This must be done to effectively contain the spread of the virus and to treat all infected who are in a critical condition. Such resources for healthcare, both financial and human, should ensure sufficient staff, health equipment, and medicine – all of which will be necessary to manage a scenario where there is a mass spread of the virus.

We already know that there will be a shortage of critical care beds and other key equipment like ventilators. Planning ahead, the state must get the manufacturing sector to increase the production of ventilators – this can save many lives. It should also require private health institutions to provide treatment of COVID-19 patients for free, and be compensated for this on a cost-price basis, as if operating like a public hospital. If required, the state should convert hotels and public buildings into additional health care facilities.

As such measures become necessary it must also mark the beginning of a national discussion already taking place around the world, on how private and public health care are provided in the country and how the private-public division of health care services deepens inequalities. Healthcare must be a public good that serves the public interest and not a means of enriching a few, leaving the poor and working class untreated.

Further measures should include provision of sanitation kits and facial masks;  ensuring that everyone is provided with clean water and the establishment of feeding schemes in poor communities to address the food crisis facing children previously dependent on school feeding schemes. Price control on essential goods are also going to be critical to ensure that the economically vulnerable are not disproportionately impacted.

Small businesses should receive a rent and debt holiday, on condition that no workers are retrenched. The state in consultation with the Competition Commission and private banks must put in place a holiday on all household mortgage payments (like they have done in Italy and the United Kingdom). Moreover, the  Reserve Bank (SARB) should announce major interest rate cuts, with flexibility for further cuts in the future. This is particularly important given that South Africa has one of the highest real interest rates in the world. To offset the expected loss of hot money that our high interest rates attract, and the effect from a possible Moody’s downgrade, the government must put in place similar capital controls to what Malaysia and Brazil did in the face of the financial crisis.

A recovery programme in the context of the climate emergency

The COVID-19 pandemic puts the spotlight on the contradictions of society and the extreme vulnerabilities it causes. It is clear that more comprehensive systemic changes are going to be required to mitigate against a future where climate extremes and pandemics will be more prevalent. Once the virus has stabilised, the South African government should immediately introduce a set of economic programmes that can put the country on a stable growth path, not dependent on the vicissitudes of the global economy.

We need a state driven investment programme that addresses the desperate needs of our people. For example, we need to put in place a massive housing programme for poor and working class families. Training brigades of unemployed youth can be put to work to transform the squatter camps and informal settlements. This measure is critical to safeguard the economically vulnerable people in South Africa from diseases that spread easily as a result of overcrowding. Such a housing programme should be accompanied with a land reform programme that improves the livelihoods of those in rural areas and improves the country’s food sovereignty.

Additional employment measures that have massive positive knock-ons for our economic development include substantial public investment towards transforming Eskom to be a public renewable energy generator. For well-known reasons it is a mammoth task but transforming Eskom must form part of a greater process of transitioning to a low-carbon economy. This includes an overhaul and expansion of our public transport system that’s affordable, services the majority of the population, overcomes Apartheid spatial inequality and that runs on renewable energy.

This transition must also include improving the infrastructure and retrofitting of all public buildings to be more ecologically sustainable. This must include measures to fix water leaks, installing decent sanitation at all schools (4000 of which still use pit latrines), the increased roll-out of rainwater harvesting tanks and the replumbing of toilets to use harvested-water and supporting waste pickers.

These initiatives could create hundreds of thousands of climate jobs (jobs that contribute to bringing down emissions of greenhouse gasses), and should therefore be seen as a priority in context of mass unemployment as we enter into a period where extreme weather conditions are going to become more extreme and contagious diseases more prevalent, in South Africa and globally.

The obvious question is where will the money come from? Fortunately, South Africa has more resources than is currently accounted for. More than 20 000 high net worth individuals, with an annual income of more than R1,5 million per annum, are unaccounted for by SARS. A conservative estimate would suggest that an additional R12 billion can be raised by taxing these individuals at 40% of their annual income. A mere 2% tax on the more than R1.4 trillion in accumulated reserves by corporations would raise an additional R28bn and incentivise corporations to invest rather than hoard capital. South Africa also loses over R100 billion in tax revenue each year as a result of profit shifting and wage evasion by Transnational Corporations. Implementing greater measures, like a general anti-tax avoidance act, to combat profit shifting can raise a huge amount of resources.

The stock market crash highlights that the giant Government Employee Pension Fund should shift the bulk of its accumulated surplus to public lending. Private pension funds should also contribute, prescribed assets of 10% of private investment should be in government bonds. This could raise an estimated additional R40bn. These are but a few of the many resources that can and must be utilised.

The government is to be commended for the speed in which it is implementing measures to stop the spread of COVID-19 and providing information on the spread of the virus. Individually, we also have a role to play to increase hygiene standards where possible. But without a comprehensive economic programme to beat the virus and tackle our vulnerabilities to current and future pandemics we stand no chance of withstanding the coming storms. Every moment of indecisive action brings us closer to the brink. DM