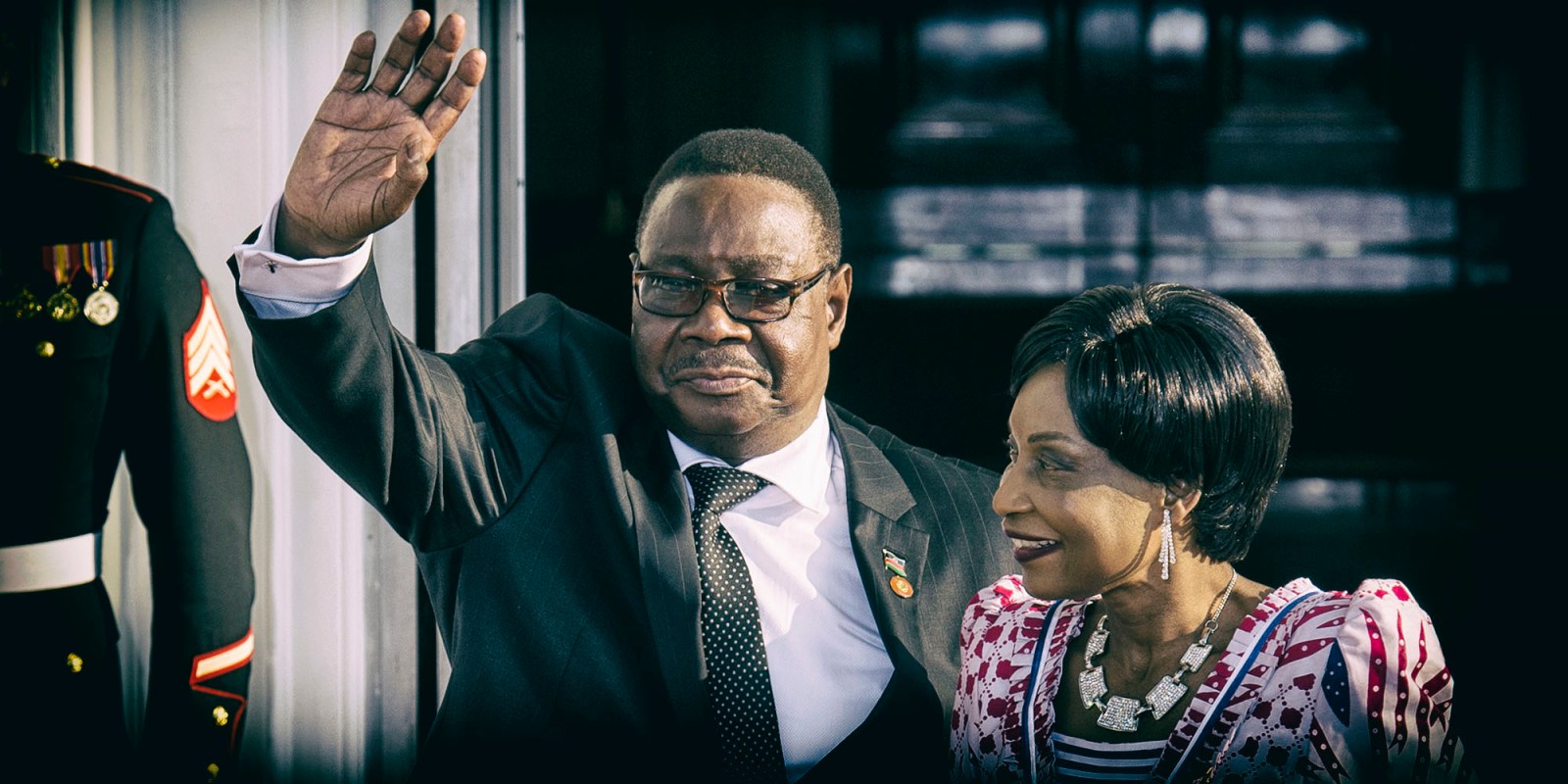 President of Malawi Peter Mutharika (C) waves beside his spouse Gertrude Maseko (R) upon their arrival at the North Portico of the White House, in Washington DC, USA, 05 August 2014. (Photo: EPA/MICHAEL REYNOLDS)

Malawian President Peter Mutharika has taken several drastic measures over the past week to avoid meeting the electorate again on May 19 – except if it is on a playing field skewed steeply to his own advantage.

President Peter Mutharika of Malawi has fired his cabinet and the country’s defence force commander, has defied court and parliamentary orders to scrap the discredited Malawi Electoral Commission and is refusing to sign legislation to reform electoral laws before the next poll.

Mutharika appears to have been galvanised by the constitutional court’s recent rejection of his appeal to reverse the judges’ historic decision in February to annul the elections of May 2019 and to demand new elections within 150 days.

The court also ruled that the Malawi Electoral Commission was incompetent in its handling of the elections and ordered parliament to chart a course forward for it. The legislators said that the entire commission should be fired.

Parliament has also passed four bills to change the electoral law, mainly to stipulate that the president must be elected by more than 50% of the vote. If that does not happen in the first round of voting, there must be a second round. And parliament has also decided elections must be held on 19 May to fall within the court’s deadline of 150 days.

Malawian politicians say Mutharika fears that especially now that all seven opposition parties have forged a grand coalition, he will lose the 19 May elections. His reason for firing his cabinet on Friday was to incorporate members of the United Democratic Front (UDF) – a partner of his own Democratic Progressive Party (DPP) — into the cabinet to try to broaden his popular appeal, the analysts said. They also said he was trying to resolve divisions within the DPP.

He noted that the Malawi Electoral Commission had also gone to the courts in February to ask for the elections to be delayed by 260 days because it was not ready to hold them. The court rejected that plea. However, since Mutharika now seems set on defying the courts, including by keeping the current commission in office, he might also unilaterally enforce its desire for a postponement of the poll, analysts say.

By refusing to sign the electoral bills passed by parliament, he would again only have to win more votes than any other candidate in one round of voting, thus avoiding a potentially hazardous run-off, when he does eventually face the electorate.

Also,  by refusing the orders of the constitutional court and parliament to fire the electoral commission, he will ensure the same “incompetent” — or in fact, biased — commissioners preside over the results, as they did in May 2019.

Professor Happy Kayuni, head of the political science and administration department at the University of Malawi, finds it particularly sinister that Mutharika fired the Malawi Defence Force commander General Vincent Nundwe and replaced him with former air force General Peter Namathanga. He said that under Nudwe — who was appointed only nine months ago — the army had played a pivotal role in calming the protests that followed the elections last May when demonstrators hit the streets complaining that the election had been stolen.

Kayuni said the police had been unable to maintain peace on the streets and had sided with “hooligans” of the ruling party who attacked demonstrators. The army had stepped in and by behaving impartially had restored calm, he said. Chikoko said that by replacing Nudwe with Namathanga, it seemed that Mutharika was expecting the army to play a less neutral role in any future demonstrations by the populace.

Kayuni said the military had also protected the judges who had been presiding over the court cases which flowed from the elections, he said.

“Mutharika is trying to reverse the democratic gains made in Malawi over the past few months,” he said, alluding also to Mutharika’s other decisions — to reject the decision that he should fire the electoral commission and also the proposed electoral law reforms.

“He’s taking a very dangerous course. People are already frustrated by the delays after the court ruling that elections must be held within 150 days. Now people are likely to be even more frustrated.”

Chikoko agreed that Mutharika’s measures would only make people angrier.

“The country has already been in election mode for nearly two years and the economy is suffering.”

“Peter Mutharika has run out of ideas because he just lost the Stay Order Appeal to set aside the elections. Knowing that he cannot stop the rerun, he has gone wild, even holding demonstrations against the judiciary and fighting parliament.

“All seven opposition parties have formed a grand coalition which makes him nervous that he might not win the next election. He is afraid of losing because he and his wife will definitely end up in jail. The evidence that the opposition has on him and his cronies is in excess of $10-billion,” the politician said, citing several instances of corruption recently exposed in local newspapers. DM