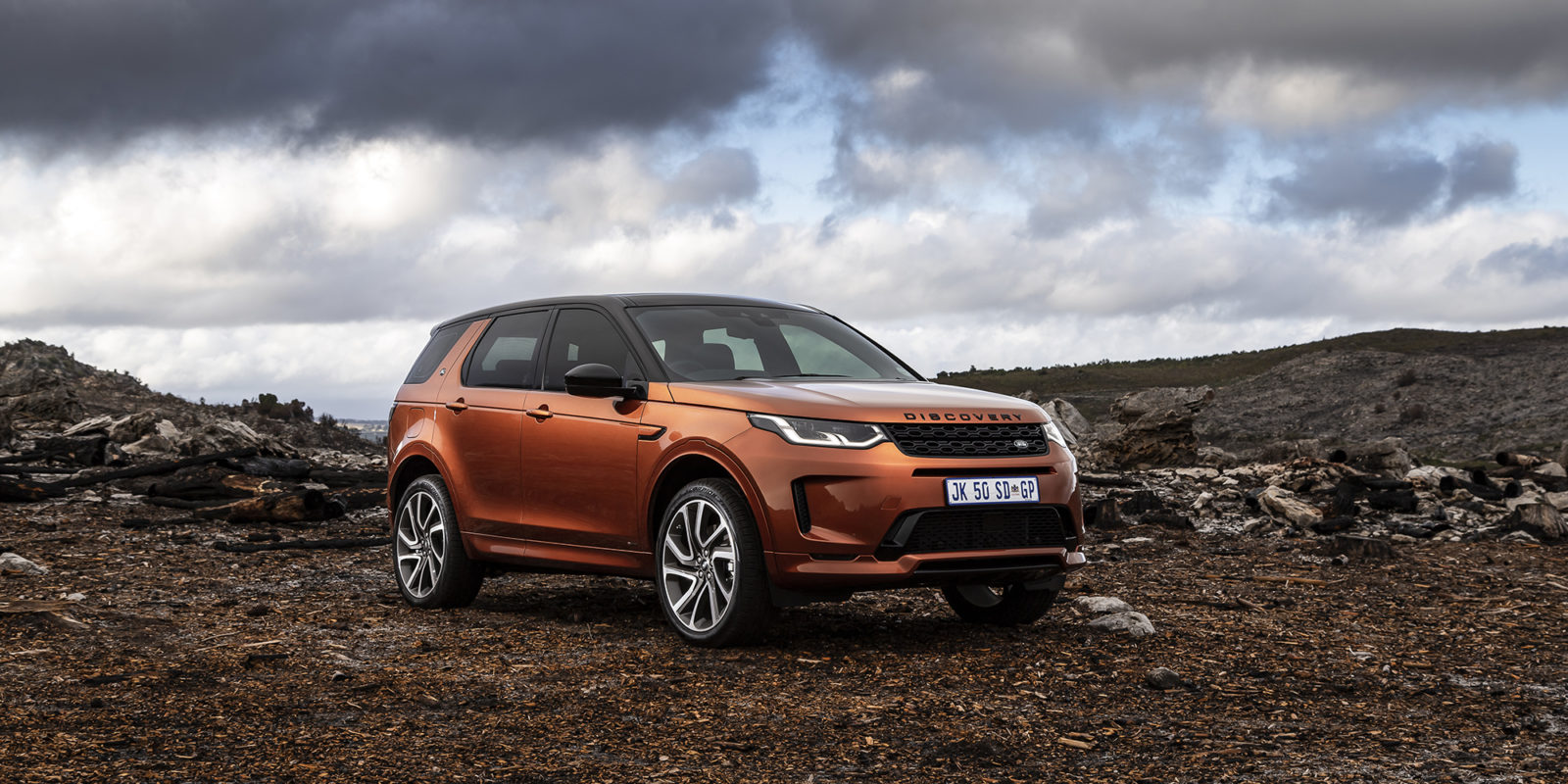 Manufacturers often make broad and sweeping statements, regarding the brilliance of their vehicles. Land Rover has claimed its 2020 Discovery Sport as the world’s ‘most capable compact SUV’. Unleashed recently on local terrain, here’s the diagnosis.

“Poignant” is not a word I would usually ascribe to a motoring launch. Especially not one for a compact SUV. But that’s the feeling – one of keen sadness for a time now past – that I was left with, after the launch of Land Rover South Africa’s latest steed, the 2020 Discovery Sport. It felt like the last time we’d gather together as human beings in a group BC. Before Coronavirus.

It felt like the end of the world as we know it.

If this was indeed one of the last “peopled” motoring events on SA soil for a while, then Land Rover managed to do it in memorable style.

The launch kicked off at a Cape Town CBD hotel, where we gathered round the all-wheel drive compact SUV, in close proximity to each other, unmasked, no hazmat suits, to hear about the improvements to the latest heavily refreshed Disco Sport. (I tried to stand at least 1m away from my colleagues, without appearing rude.)

The enhancements include upscaled tech and improved exterior and interior design, with better use of space to transform it into a comfy seven-seater. There’s no denying that the Sport has been a looker since it was first launched back in 2014, to replace the Freelander, which was rather unceremoniously sent to Car Cemetery.

With its unique clamshell bonnet, offset with LED front and rear headlamps, combined with a tougher new front grill and tapered Evoque-like roof, looks-wise, the 2020 Disco Sport edition is a beaut. 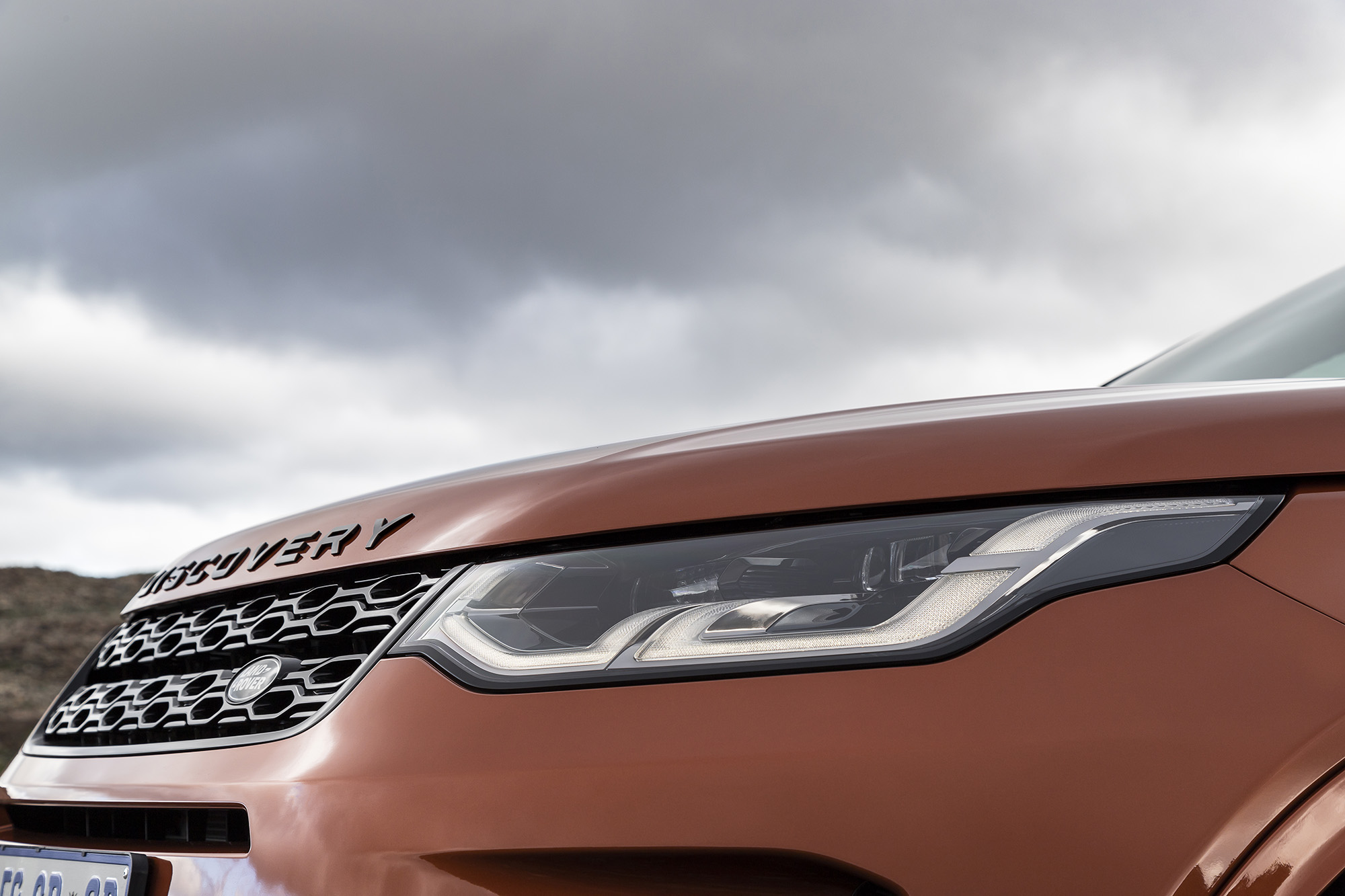 Although there will be a petrol derivative available later this year in SA – the P250-badged 2-litre turbo, offering 184kW and 365Nm torque – on launch we only got to test the turbo-diesel D180, underpinned by a 2-litre 4-cylinder engine, offering 132kW and 430Nm. Both engine variants are underpinned by a 9-speed automatic transmission and all-wheel drive.

With surprisingly efficient returns of 5.8l/100km, the D180 will surely be the choice engine amongst long-distance Disco Sport enthusiasts.

So, clearly I was impressed by the outsides. Great-looking car. But how did she operate tech-wise and how did she drive? 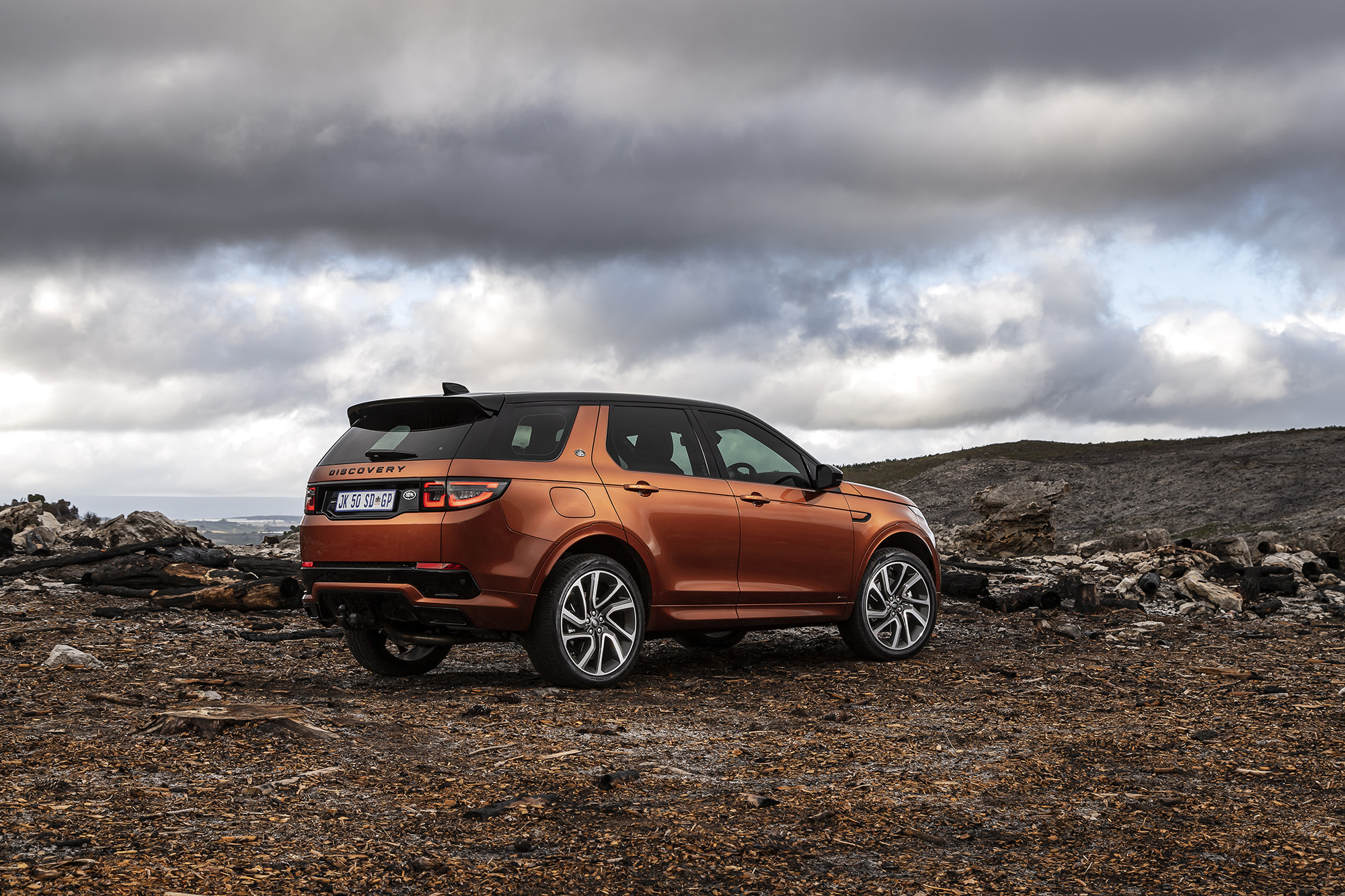 Leaving Cape Town, along a scenic route on the N7 to the West Coast National Park, near Langebaan, I got up-close and personal with the interior. After wiping my hands with hand sanitiser, I kicked back in sumptuous leather seats, to survey the premium finishes on the dashboard, high-standard quality often only seen in million-buck-plus vehicles. Despite it being 28 degrees outside, I turned the heated seats up high. Corona don’t like the sweat.

Being a bit of tech junkie, I quickly began to fiddle around with the settings, by way of the Sport’s latest generation Touch Pro Infotainment system. Of course it’s Bluetooth, Apple CarPlay and Android Auto compatible, which is pretty standard fare in almost all new cars these days. What’s cool is that it’s got wireless charging and a 4G wi-fi hot spot. There are also USB and 12-volt connectivity points on all three rows of seats to keep everyone charged and not fighting for connections. 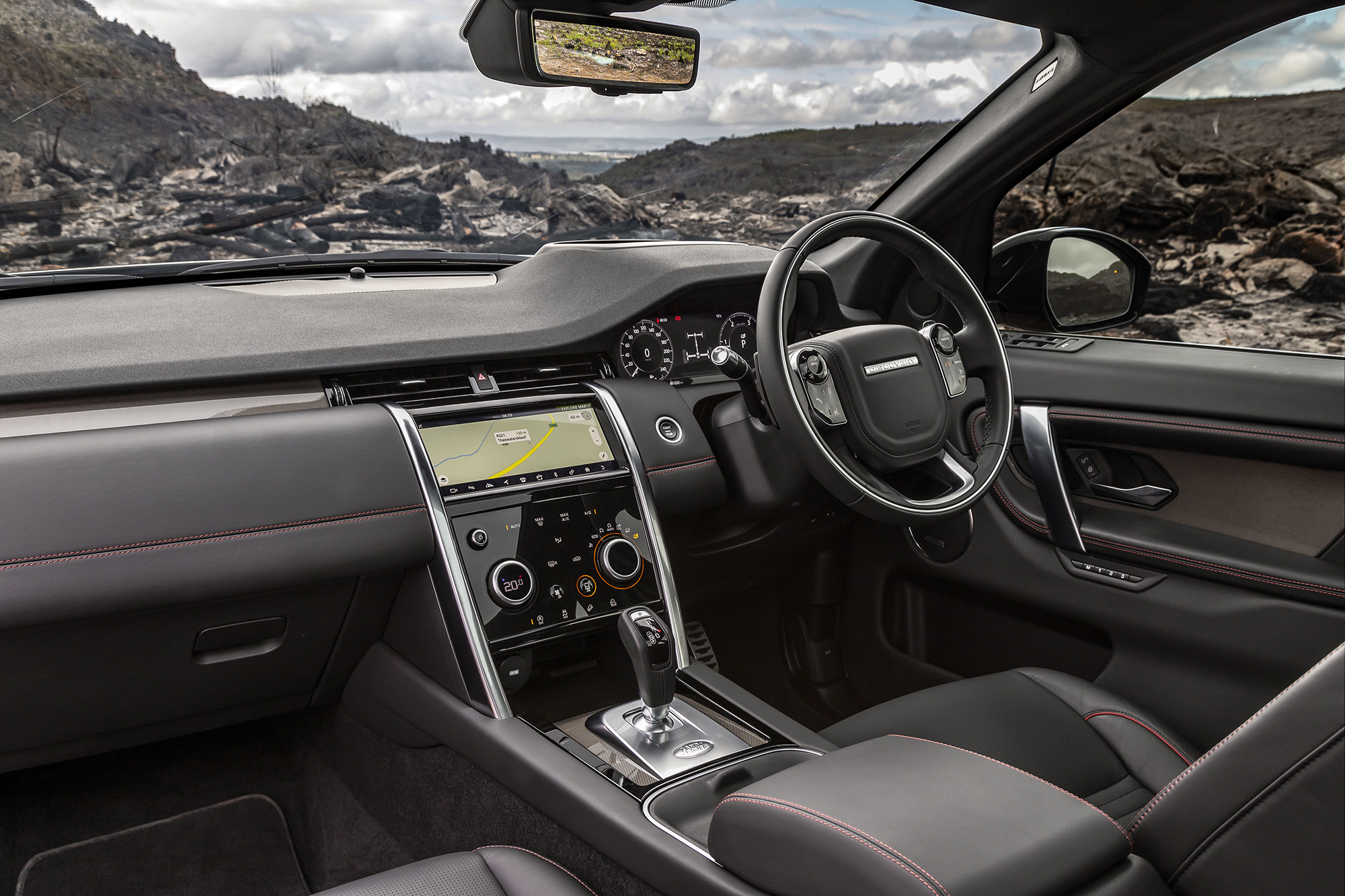 While I was impressed with the ease of working the touchscreen, at times it felt a tad erratic – sending me to functions I didn’t necessarily intend to access – but finally I realised a part of my hand or finger had inadvertently touched the air-con fan setting and that’s why I was unexpectedly experiencing gusts of freezing air. I freaked a bit, sanitised my hands again and turned the heat up high. However, in the Disco Sport’s defence, it was my first time working the tech – I imagine if I owned it, I’d soon get used to its proclivities. And I’d be using a lot less sanitiser.

We’d been told by the product dude before we departed on the route, that the new Sport, which is built on Land Rover’s signature PTA (Premium Transverse Architecture), is 13% stiffer than its predecessor. That’s what I probably noticed first as we left the city and hit the road. On long stretches, the drive was smooth, sure-footed and steady, albeit not exactly a speedster with figures of 0-100km in 9.47 seconds. Compared to the previous generation, cabin noise and vibrations have all but been blanked out, due to the strengthening of rigidity mounted subframes, which have also improved the overall safety of the vehicle, able to absorb impact in the event of a collision. Additionally in terms of upscale, there’s been a 20% increase in fuel tank capacity which can now hold up to 65-litres.

But it was when we got to go off-road on some tricky hill and gravel terrain, in a vineyard just outside Riebeek Kasteel, that I went from feeling impressed, to being a proper fangirl. The Sport is one helluva off-roader. Stand back all you million-buck 4x4s, this upstart (cheaper) sister is a fierce contender. By now all thought of Covid-19 had evaporated into the ether. 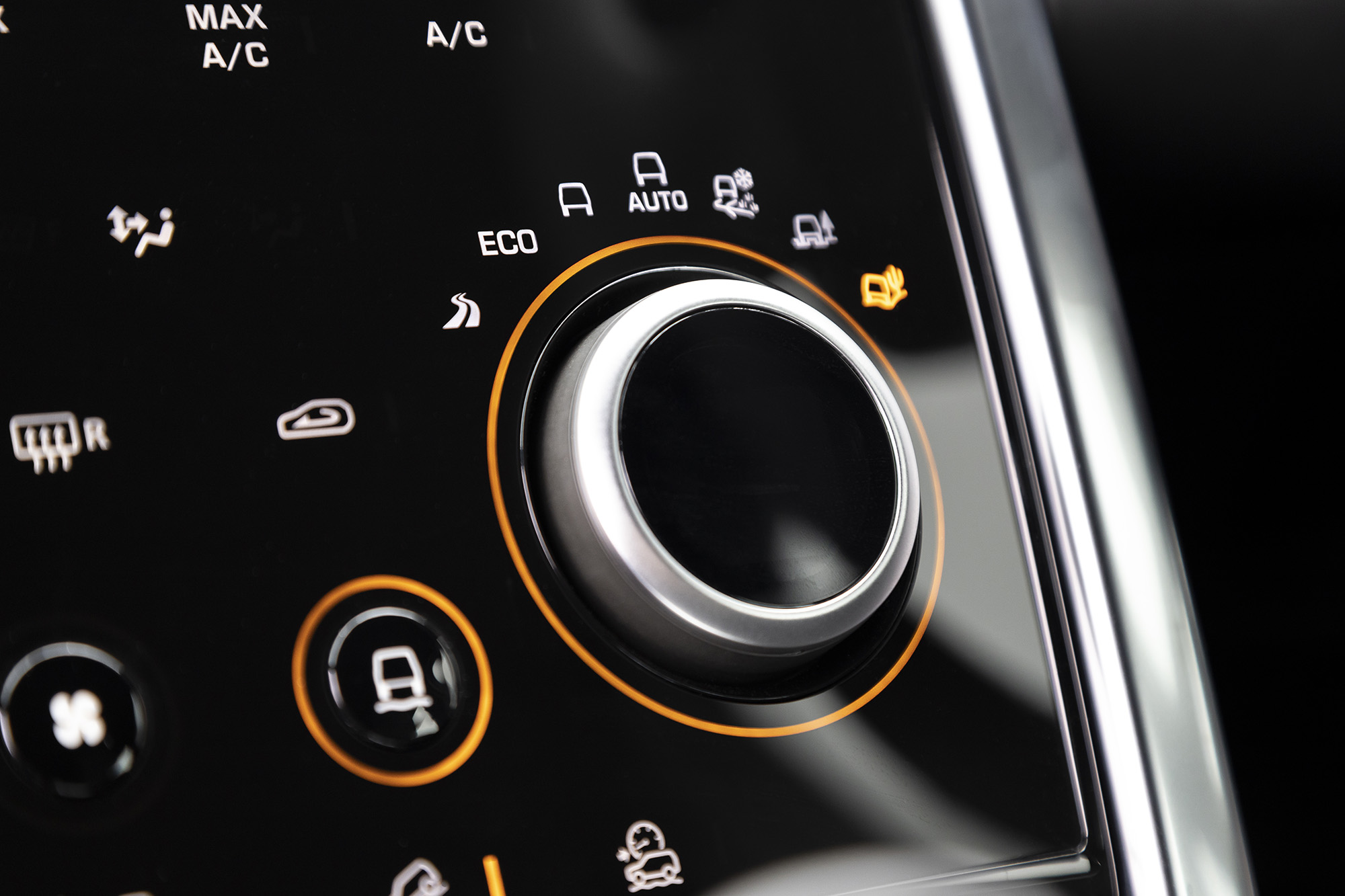 Fitted with Terrain Response 2, the new Sport has this intuitive auto setting which helps it to adapt to all-terrain. While it detects different surfaces, like sand, or rock, it adjusts torque delivery to best suit the conditions encountered.

As we set off scaling high rocky inclines, the Sport ate whatever we threw at it.

There are no finicky dials in the 2020 Sport, the off-road tech has become much more user-friendly by simply pressing a button to access all kinds of off-road modes. One of the modes I particularly liked was ATPC, which stands for All-Terrain Progress Control. I got to play with this state-of-the-art system while doing a pretty steep hill descent.

After activating the ATPC function, one sets the vehicle at a low speed, you take your feet off the throttle and brake, and simply let go, to allow the SUV to take over and do its thang. It really operates like a conventional cruise control system but at low speeds between 1.8km/h and 30km/h, enabling you to fully concentrate on the terrain ahead. For those who love rivers, the Sport has an impressive wading depth of 600mm.

More revolutionary tech called ClearSight Ground View has been introduced to tackle rough terrain, by way of camera footage projecting a virtual 180-degree view beneath the vehicle onto the touchscreen. So, basically you’re seeing what’s going on underneath your car. Its proper name is Transparent Bonnet technology, first previewed in 2014, which effectively makes your bonnet invisible. For city drivers, this is a bonus for scaling high kerbs, although the Sport’s 210mm of ground clearance should see drivers being able to conquer most pavements with ease.

But where the Brits have really got it right in this time of crashing stock markets and Covid-19 pandemonium, is in the diesel derivative pricing, with the D180 entry-level coming in at a pretty reasonable R750k.

While it may not be the speediest in its segment, when it comes to off-roading, I am of opinion that Land Rover might not be off track when calling the Disco Sport “the world’s most capable compact SUV”.

Here’s hoping that the only thing going viral by July, will be news of the arrival of the 2020 Defender. DM

Siyabonga Kamnqa for Spotlight
Save 9 mins