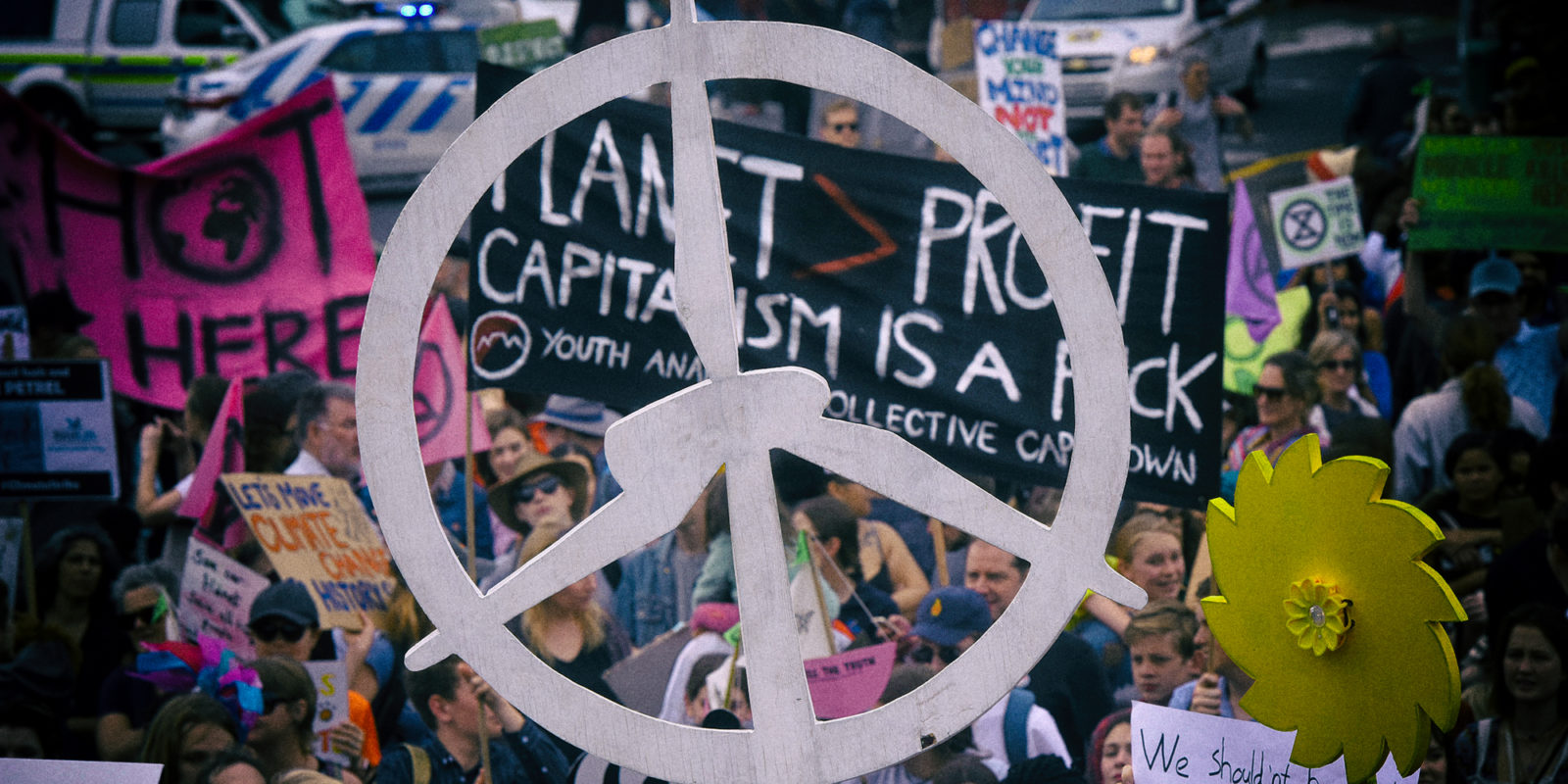 Time is running out for South Africa to formulate a coherent policy on a just transition to a low-carbon economy.

A group of civil society organisations have sent the following open letter to Cabinet ministers. While it may not initially appear pertinent to our immediate national challenges and opportunities, it is both important and urgent. Given the parlous state of our economy and electricity supply system, the complexities of simultaneously addressing sustainability issues may be intimidating, but is essential if we are to achieve the social outcomes that are invoked in the promotion of economic growth.

Government has long acknowledged the pitfalls and perils of trying to address issues in silos. As a result we have policy (since 2011) that mandates an Inter-Ministerial Committee to address Climate Change (IMCCC), as an essential basis for moving to more inclusive and holistic development. This body should ensure that whatever we do to rescue the electricity system (to restore full functionality without losing public control of this essential service) is consistent with the imperative to reduce the greenhouse gas emissions of our coal-dependent energy system. South Africa has arguably the most carbon-intensive economy of any nation of similar size. The corollary of this is a massive opportunity to contribute to mitigation: the global efforts to avert climate catastrophe through rapid decarbonisation.

This letter seeks to leverage international commitments made by our government to redirect our energy development pathway, recognising that the necessary “transition” cannot be achieved by market mechanisms alone, but requires careful centralised planning with the participation of all stakeholders. Hence it invokes provisions of the Paris Agreement that was reached in 2015 to adopt a multilateral response system intended to enter into force “from 2020”.

This is not about keeping our promise or obsessing on specifics of our domestic contribution, but about our ministers taking responsibility for achieving a Just Transition in South Africa, with the support of the multilateral system we’re helping to develop. Unfortunately, the state of negotiations is such that the design of this system might not even be finalised at this year’s culminating climate event, COP26 in November.

Perhaps it is foolhardy to ask our ministers to take on such real-world complexity, and to apply rigorous good governance to systemic transformation. However, the transition has diminishing prospects of being fair and equitable the longer we procrastinate, and science tells us that further delay to concerted global action will have catastrophic impacts to which the poor are most vulnerable. We are asking our ministers to do what is necessary, not what is easy, and hoping they pick up the challenge.

We, members of the Energy Governance SA network (organisations listed below), address you as [potential] members of the Inter-Ministerial Committee on Climate Change (IMCCC), which has apparently not actually been convened for many a year. The last time government as a whole gave concerted attention to climate change was when we hosted the annual Conference of the Parties (COP 17) to the UN Convention in Durban, eight-plus years ago.

It is over a decade since we drafted our National Climate Change Response Policy, formally adopted in 2011, and lack of implementation has gone from bad to worse, particularly with regard to curtailing our greenhouse gas emissions. The policy we have on mitigation is based on climate science circa 2005. The White Paper provided for further elaboration, including a commitment to develop long term objectives within two or three years and to undertake a substantive review after five years – none of which has happened.

This year, 2020, is the year in which the substance of the Paris Agreement (2015) must be finalised, including countries setting emissions targets for 2030 in their Nationally Determined Contributions (NDCs) and submitting long term strategies to 2050. South Africa has left it to the eleventh hour, but we could get it done, if an Inter-Ministerial Committee, perhaps with a Presidential Commission, is convened with urgency and empowered to be decisive.

A great deal of work has already been done by “the lead agent”, now the Department of Environment, Forestry and Fisheries. Many projects have over the past year or two entered a limbo awaiting policy direction from the Executive, inter alia public processes to develop “SA’s Low-Emissions Development Strategy” of which a draft was published in 2018 and – under the National Planning Commission – to develop a “2050 Vision” of which a proposal appeared last year.

All high-emitting countries (SA sits at 13th biggest emitter and among the most carbon-intensive economies) are under intense international scrutiny, with the NDC being the public statement of intent and thus prime indicator of sincere commitment to the global goal. South Africa recently promised at the UN to enhance our NDC ahead of COP 26 in November, in Glasgow.

Our existing mitigation pledge is widely recognised as irreconcilable with emissions for a 1.5°C goal. It is no secret that we do not need to emit at the levels proposed based on projections over a decade old. It is also internationally recognised that decarbonisation of our electricity supply has become a “cost-negative” proposition, due to affordable renewable energy and storage technologies making coal sub-economic.

South Africa now has extensive information and analysis showing how much more we could do to initiate a just transition to a low-carbon economy and climate-resilient society. What we need as a matter of urgency is political leadership with courage to stand up to vested interests that are intent on short-term returns and accumulation, but blind to the real world.

It is not enough to acknowledge the science of climate change; we must act on it. Government officials have been constrained by outdated policy and the Department of Energy (2008 – 2019), such that they may not model a more ambitious response to discuss with stakeholders. There has not been a formal sitting of the multi-stakeholder NCCC for well over a year, while the proposed “Mitigation System” is being contested, behind closed doors. Repeated deferral of implementation plus failure to revise out-dated mitigation policy is little better than denial.

Fortunately, South Africa has such abundant resources that, with ongoing shifts in energy options globally, we have multiplying opportunities for truly sustainable development. We are ideally placed to access concessionary finance, if the state is capable of being decisive in the public interest. Forward-looking energy planning does not have to be suspended while the Eskom debacle is addressed and the unavoidable decline of the coal industry will have to be managed, not left to the vicissitudes of the market, for any prospect of a Just Transition.

A social compact to address inequality, poverty and unemployment will not have enduring impact if it does not act on our current understanding of the diminishing window of opportunity to avert climate catastrophe. The president recently told Business Unity SA that Africa is “bearing the brunt of climate damage”, so South Africa needs “a definitive plan – which we shall have”. We cannot plan a Just Transition without setting clear and coherent objectives and 2020 is the deadline for doing this that South Africa signed up to in Paris.

Ministers, we expect you to mandate and announce a public process for the enhancement of the NDC and development of SA’s Low-Emissions Development Strategy to 2050, within a matter of weeks, not months. DM