U.N. refugee agency to suspend resettlements because of coronavirus 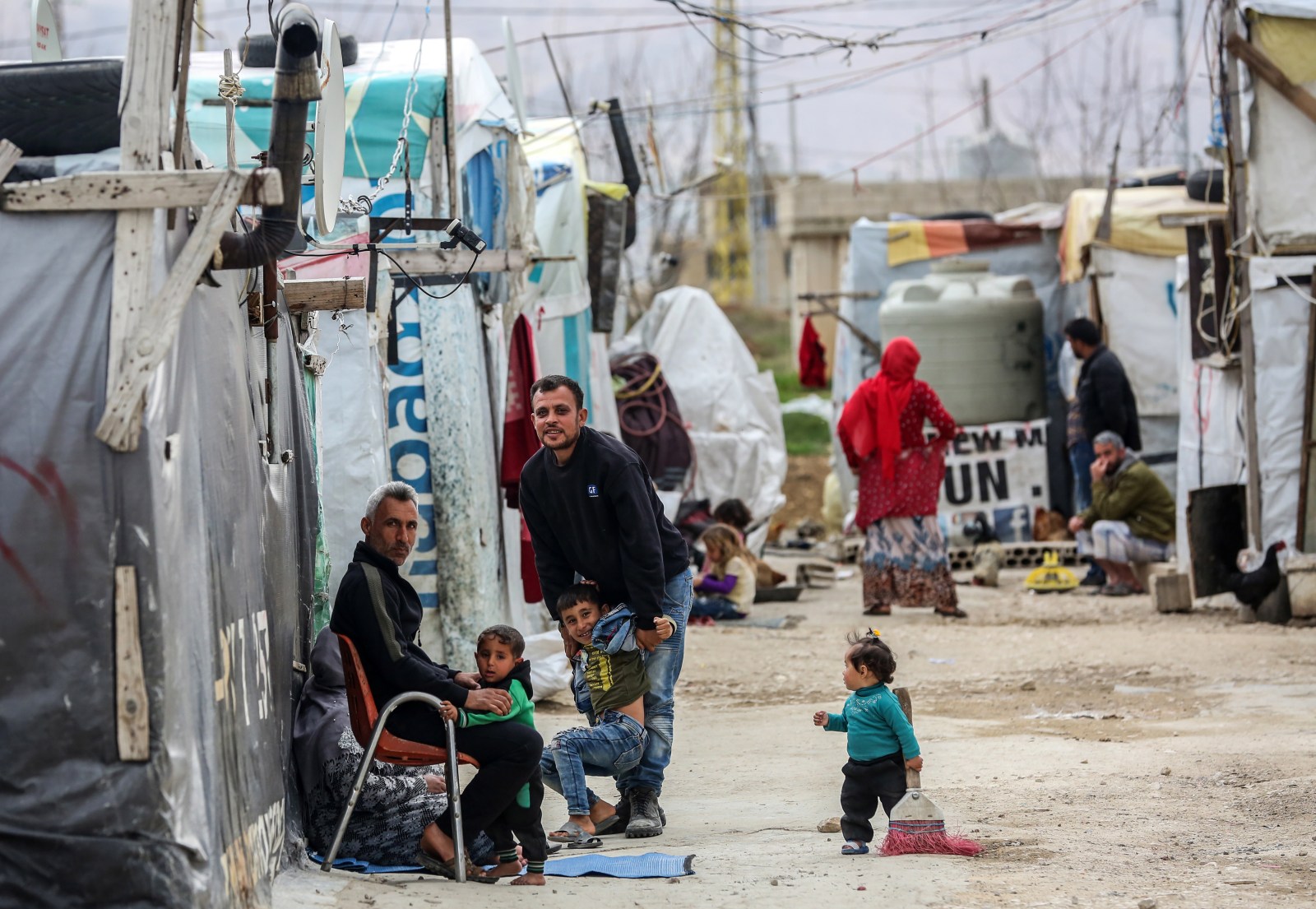 Syrian refugee men sit in front of makeshift tents at Al Faydah refugee camps, near Zahleh in the Bekaa Valley, Lebanon, 12 March 2020. Syrian refugees are experiencing a difficult life in the camps, free of hygiene and health protection in Lebanon in light of the coronavirus crisis. According to reports, Lebanon registered its third death from the COVID-19 disease caused by the SARS-CoV-2 coronavirus on 12 March, while the number of confirmed cases had jumped to 68. So far, no cases of coronavirus have been reported in the Syrian camps. This week marks the anniversary of the Syrian crisis start 9 years ago. EPA-EFE/NABIL MOUNZER

LAUSANNE, Switzerland/TORONTO, March 17 (Reuters) - The U.N. refugee agency (UNHCR) and International Organization for Migration will temporarily suspend sending refugees on to resettle in new permanent homes abroad because of travel disruptions caused by the coronavirus, the agency said Tuesday.

The agency said the suspension would begin to take effect within a few days, but also appealed to countries to “ensure that movements can continue for the most critical emergency cases wherever possible.”

“Refugee families are being directly impacted by these quickly evolving regulations in the course of their travel, with some experiencing extensive delays while others have been stranded or separated from family members,” the agency said in a statement.

The UNHCR works to find people who have been forced from their home by war, persecution, natural disaster or other reasons a new place to live, and resettled about 64,000 last year.

The suspension means more people will be left in displaced persons’ camps and other temporary settlements – places that often present significant safety and health risks of their own – until placement in permanent new homes can resume.

Separately on Tuesday, a senior official for the U.N. children’s fund, UNICEF, said European border restrictions imposed because of the coronavirus would affect plans to transfer hundreds of children out of “dire and dangerous” refugee camps in Greece.

European countries including Finland, France, Portugal and Luxembourg, and the German city of Berlin, agreed in recent weeks to take unaccompanied minors from Greece after thousands of refugees and migrants arrived in the EU member state, including those fleeing violence in Syria.

But some EU member states have since imposed checks at borders that are normally in a zone of control-free travel, and EU leaders were expected later on Tuesday to seal the bloc’s external borders.

“The temporary shutdown of cross-border movement within the EU will inevitably impact when and how vulnerable children in Greece are relocated to Germany, Finland and other states,” Afshan Khan, Special Coordinator for the Refugee and Migrant response in Europe, told Reuters by email.

She urged countries to explore “all possible measures to expedite the transfer of these children, so they can begin moving as soon as the borders reopen”.

The UNHCR said on Tuesday there were at least 10 confirmed coronavirus cases among refugees and asylum seekers in Germany. Some aid officials worry this might undermine future support for taking refugees. (Writing by Allison Martell in Toronto Editing by Alistair Bell)