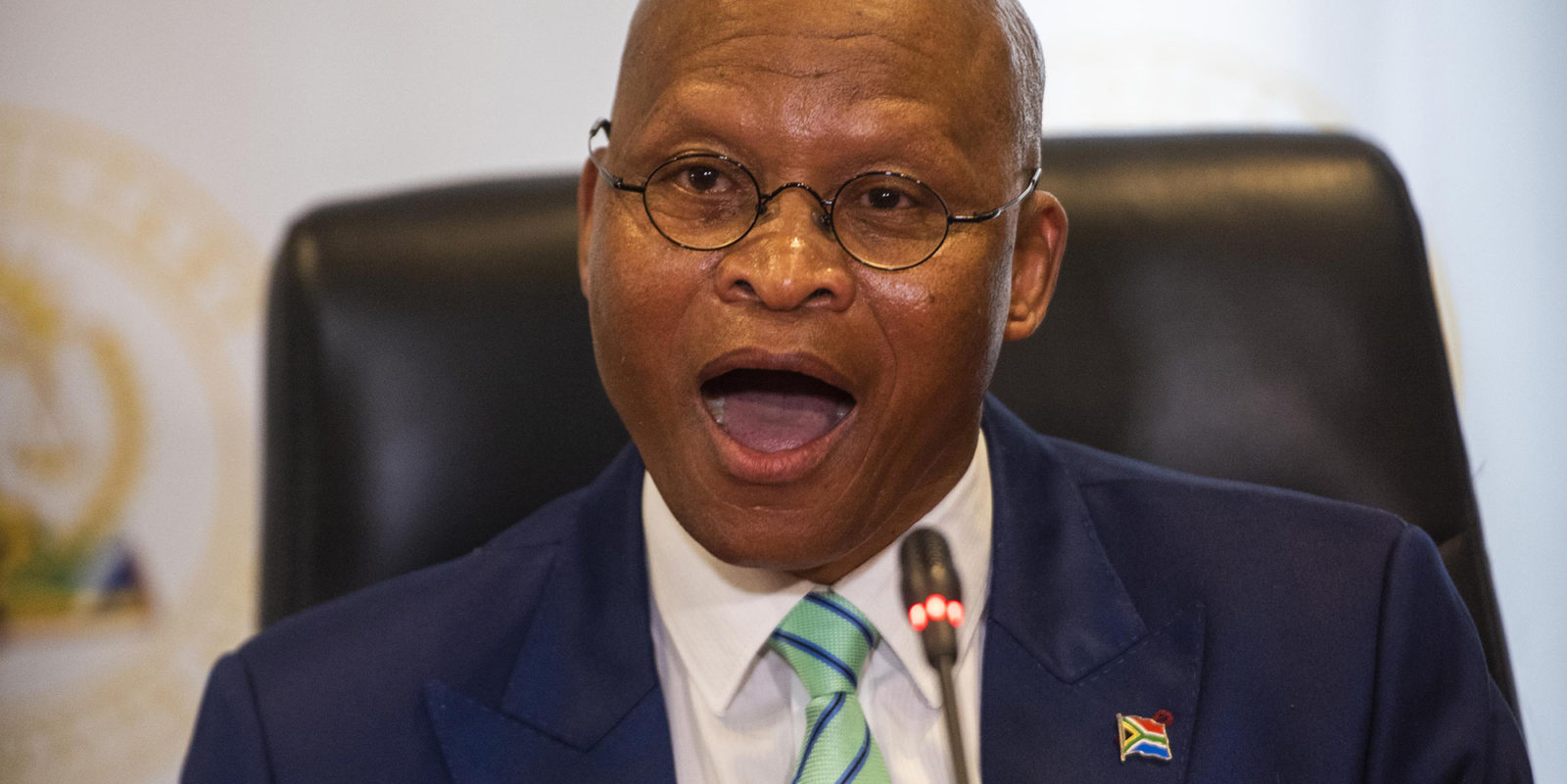 Chief Justice Mogoeng Mogoeng briefs the media in Midrand on measures that will be taken to counter Covid-19 at courts around the country. (Photo: Alet Pretorius / Gallo Images)

As the country continues to develop its response to Covid-19, Chief Justice Mogoeng Mogoeng has announced measures to limit the spread of the virus in courts. The question is whether he’s gone far enough.

On Monday, Gauteng Judge President Dunstan Mlambo issued a directive on how the province’s courts would respond to the spread of Covid-19. He said the courts would only deal with matters already on the roll or urgent matters. No one would be able to enter a courtroom to issue a new court process, he said.

Chief Justice Mogoeng Mogoeng overruled him. Mogoeng, announcing the country’s judicial response to the virus on Tuesday, said court matters will continue to operate as normal with new measures in place to prevent the spread of coronavirus.

“Courts will run as normal except the number, the limit will not be exceeded,” said Mogoeng on Tuesday, referring to an instruction from President Cyril Ramaphosa that gatherings of more than 100 people are banned.

Mogoeng said litigants, their lawyers, families, court staff, media and interested parties can still attend court cases, but there must be a maximum of 100 attendees at court. He suggested that only members from the public with no interest in a case will be excluded.

“I think we’re facing a challenge that all of us would do well to do everything in our power to confront,” said the chief justice.

“We need an economy that is flourishing. We need normalcy to shake hands and to hug as is normal,” he said.

Mogoeng, whose Christian beliefs have been well publicised, called on “all kingdom-minded people” to pray in groups of 70 or less for the country to overcome its current challenges.

He also called on religious institutions to take a stronger role.

“The church cannot afford to be running helter-skelter as it is doing now,” he said.

While Mogoeng emphasised the need for prayer, he said judicial heads from across the country had agreed to a number of interventions to prevent the spread of Covid-19.

He said facilities would be disinfected at least twice a day, officials would be assigned to sanitise hands and be given protective equipment such as gloves and face masks. Hand-held scanners will be given to screen people’s temperatures at the entrance of courts and, according to Mogoeng, those in the court gallery must sit one metre apart.

The chief justice said court officials from across the country had agreed to the measures and would be held accountable for implementing them.

Mogoeng also said courts need running water, toilet paper, soap and disinfectant wipes. Asked about the poor state of such facilities at courts across the country, where sometimes there is no running water or toilet paper in bathrooms, the chief justice said South Africa’s government was responsible for funding courts and must intervene.

“We trust in the executive to make the resources available,” he said, calling on the government to use some of the funds allocated from the national disaster fund to improve court conditions.

While the Gauteng judiciary decided not to hear new cases, Mogoeng said the country must continue to administer justice as it’s unclear when the situation will improve.

He said the judiciary may change its approach to Covid-19 in the future.

“If the situation were to arise where, God forbid, coronavirus has covered millions and millions of South Africans, we would have to reposition ourselves then based on the advice by those who are in the medical space”. DM

Is the Children’s Amendment Bill about child protection, cost cutting or control?