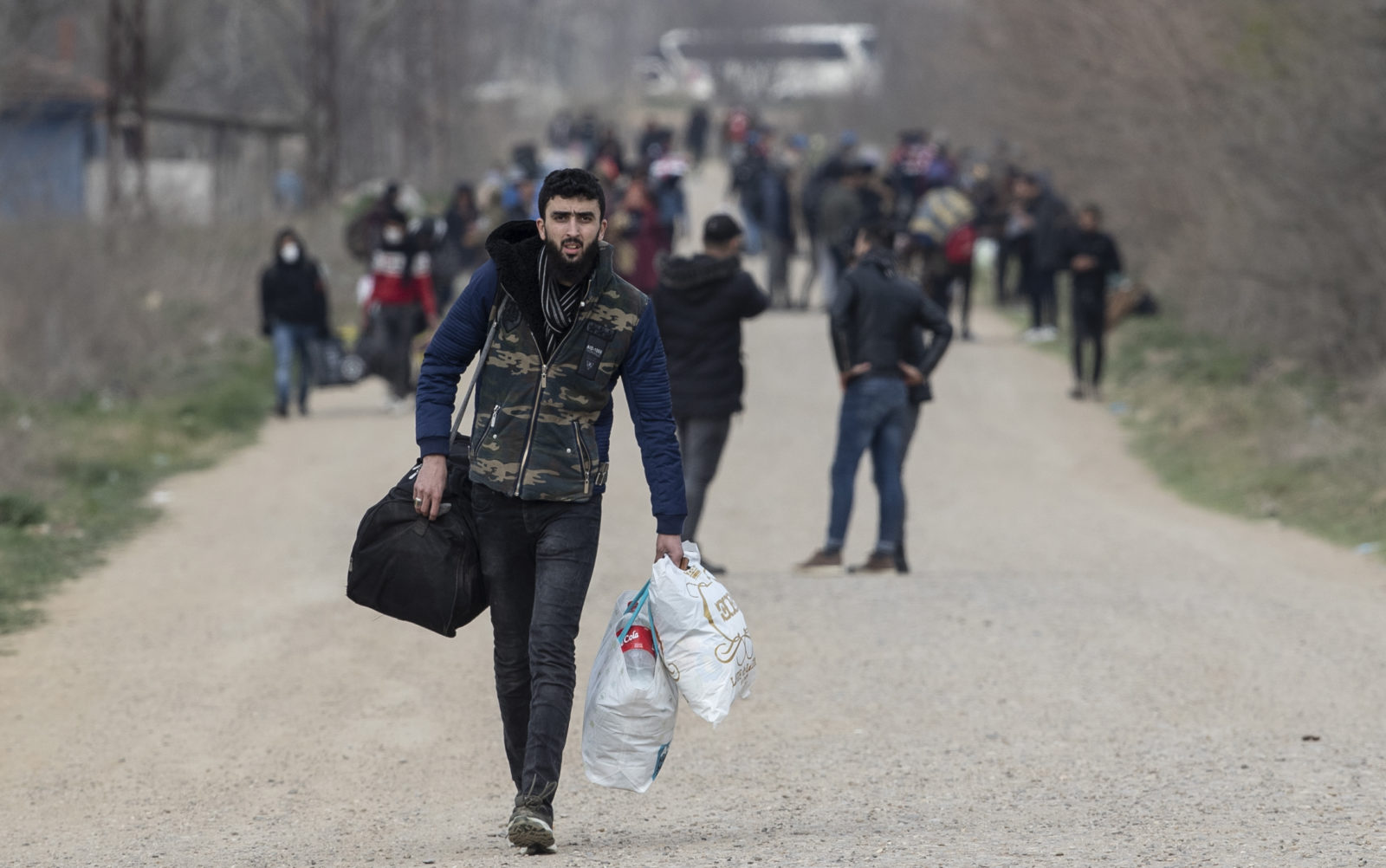 epa08282626 A migrant carrying his belongings walks along the Turkish-Greek border, near the Pazarkule border gate, in Edirne, Turkey, 10 March 2020. Some 10,000 migrants, mostly from Syria, have reached Turkey's land borders with Greece and Bulgaria with the intention of crossing into the European Union. Greek security forces have reportedly used tear gas to stop them from crossing, media reported. EPA-EFE/TOLGA BOZOGLU

ANKARA, March 17 (Reuters) - President Tayyip Erdogan will hold a teleconference on Tuesday with German, French and British leaders to discuss Turkey's standoff with the European Union after it opened its borders to migrants trying to enter the bloc.

Tens of thousands of migrants tried to get into Greece, a European Union member state, after Turkey said on Feb. 28 it would no longer keep them on its territory as part of a 2016 deal with Brussels in return for EU aid.

Turkey hosts 3.6 million Syrians, the world’s largest refugee population, and fears that Syrian government forces could drive another 3 million across its borders from the rebel-held Syrian province of Idlib.

The European Union has called on Turkey to stop the migrants, from Afghanistan, Pakistan and Africa as well as Syria, trying to cross the border.

Greece has used tear gas and water cannon against the migrants, and both countries have sent troops or security forces to the border. Ankara has accused Greek forces of shooting dead four migrants at the border, a claim Athens strongly denies.

Erdogan, on a visit to Brussels last week, was told by EU leaders he must stop encouraging migrants to cross into Greece if Ankara wanted the bloc to provide further backing.

“The support that can be given to Turkey, what can be done following Erdogan’s talks in Brussels and the evaluation of EU leaders will be handled (in the call),” a Turkish official told Reuters, adding they would also discuss the global coronavirus outbreak and fighting in Libya.

The talks were originally planned as a summit meeting in Istanbul. That was changed after the spread of coronavirus prompted all four countries to impose travel restrictions.

The four leaders will discuss updating the 2016 agreement between the EU and Turkey under which the bloc pledged 6 billion euros ($6.8 million) in aid to finance projects for Syrian refugees in Turkey.

The summit will also discuss Syria’s northwestern province of Idlib, where a nearly two-week old ceasefire struck by Russia and Turkey is broadly holding. Erdogan has repeatedly said the European Union and NATO have to support Turkey to protect civilians there. (Reporting by Orhan Coskun Writing by Ece Toksabay Editing by Dominic Evans)