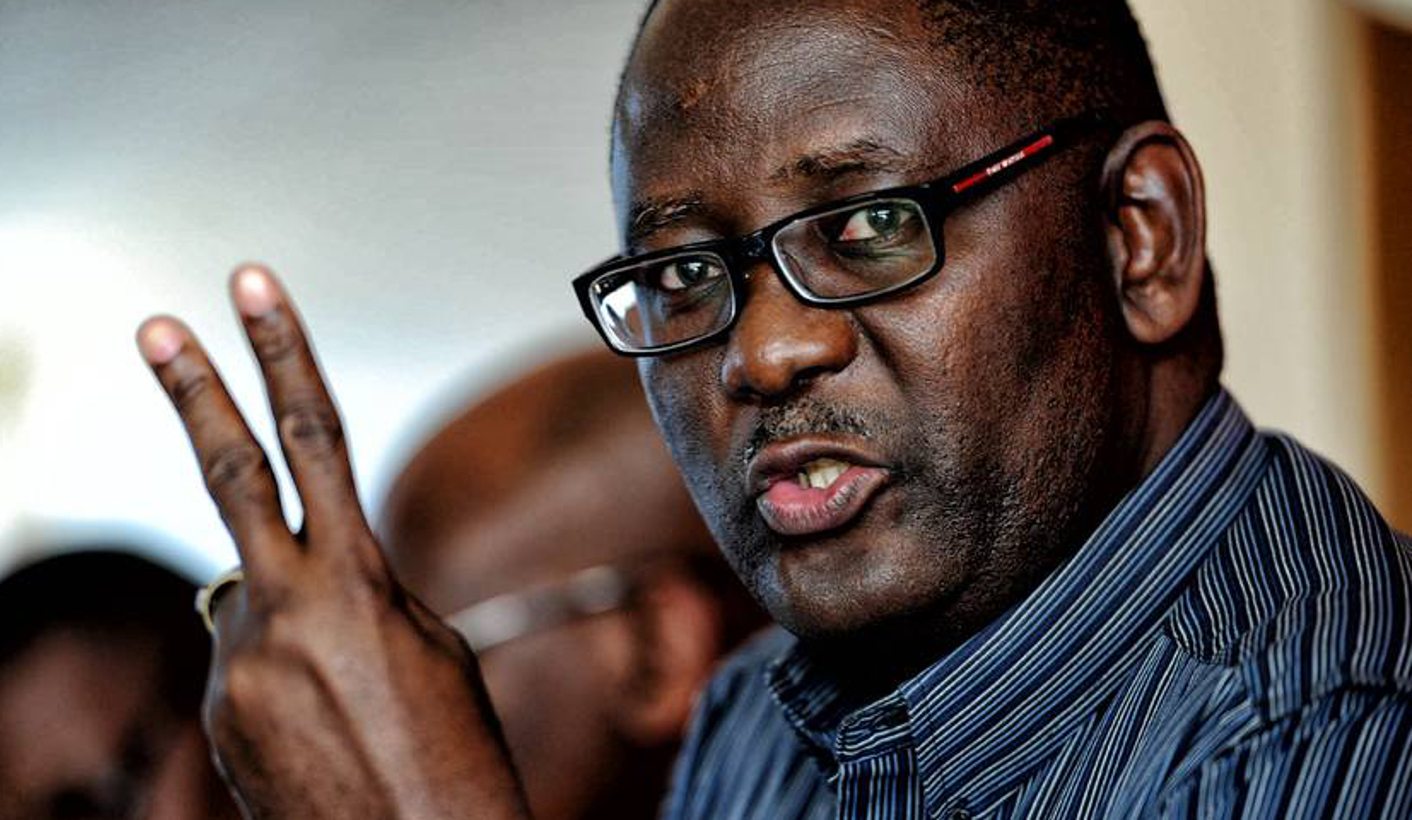 The Commission of Inquiry into the Public Investment Corporation has revealed reckless use of workers' money and possible criminal actions by some of the major players. We need action, now.

The South African Federation of Trade Unions (SAFTU), warmly welcomes the Report of the Commission of Inquiry into the Public Investment Corporation (PIC) and congratulates President Cyril Ramaphosa for appointing Judge Lex Mpati, former Reserve Bank Governor Gill Marcus and Emmanuel Lediga. The country is indebted to these three good South Africans who over months went through their job with absolute integrity and honour.

The Commission of Inquiry Report is scathing about the extreme malfeasance that took place in the PIC under the leadership of the former CEO Dan Matjila. But larger questions about the safety of workers’ pension funds are vital to raise, now, since the PIC’s criminality is just the tip of the iceberg. Workers whose pension fund managers over-invested in the Johannesburg Stock Exchange (JSE) saw their values drop by 28% from a peak just over two years ago to the low on 12 March 2020. Most of this crash occurred this week as the catastrophic implications of the coronavirus became clearer.

Since South Africa’s stock market capitalisation as a share of GDP (the “Warren Buffett Indicator”), was the highest ever recorded for any country at that peak level (352%), our argument that worker pensions need to be redirected to real economic activity, not just casino capitalism, is now more urgent than ever – with even worse declines in the JSE anticipated in coming days and weeks. In this context, the PIC was absurdly over-optimistic in claiming to be worth more than R2-trillion at peak, since so much of the pension funds were placed in such extremely risky outlets as the JSE, instead of advancing our society’s and economy’s genuine interests.

Since the Steinhoff scandal broke in 2017, we have repeatedly called for investigation and prosecution of pension looters, but beyond the main suspects, we have insisted on including the individuals and institutions that have caused such damage: the regulatory bodies, stock exchanges, auditing firms and investment portfolio managers. Those who advised the funds like the PIC who were managing workers’ money to invest in Steinhoff have to explain how they could give such advice.

As we warned 15 months ago: “The price the poor majority have to pay is living in a corrupt kleptocracy, in which money created by the labour of workers is squandered in speculative and often fraudulent ventures, while suffering under an economy relegated to junk status, with sluggish growth, grinding poverty for millions and unemployment six times the world average. Such cases also dispel the myth that the rich cannot afford to pay higher taxes. They have made themselves so rich that South Africa has become the most unequal society in the world.”

The JSE nurtured many of the companies that the PIC looked into, such as Steinhoff, and therefore also needs to be investigated. After all, in recent days, we also learned that the South African corporate elite are considered (in the global consultancy PwC’s biannual survey), the third most corrupt on Earth, behind only Chinese and Indian corporations.

Matjila’s dalliances with these corporations as well as with the increasingly notorious class of nouveau-riche “Black Diamonds” unveiled in the PIC Report, not to mention the documented pay-offs to the ruling party and even trade unions, reveal the need to end crony financial capitalism and the parasitical version of Black Economic Empowerment. This toxic combination is wrecking our workers’ and society’s chances to recover from the Zupta Era.

In summary, the findings of the Commission are:

SAFTU workers lament that the majority of civil servants contributing to the Government Employees Pension Fund are ordinary workers: the cleaners who sweep the floors in hospitals (soon to be filled with Covid-19 victims) and other government offices, the security officers, the nurses, teachers, police, correctional services officials, et cetera. These workers put money aside so that they can have a near decent pension when they become vulnerable members of society – the pensioners. Combined, the fund has grown to over R2-trillion – until the recent stock market crash. SAFTU workers also lament that the PIC Report fingers a shell company – Lancaster – run by a former trade unionist, Jayendra Naidoo (not to be confused with former general secretary Jay Naidoo). It is deplorable that having been a worker-leader, one of our own was seduced by the most obnoxious of capitalists, Steinhoff’s Markus Jooste, and that he persuaded Matjila to part with billions of our members’ funds.
A SAFTU affiliate which since 2018 has organised workers within the PIC, the National Union of Public Service and Allied Workers Union (Nupsaw), regularly complained about Matjila’s “culture of fear and victimisation” as well as the “lack of transparency and… unfair labour practices”. The incentive system, according to Nupsaw, is “open to undue meddling”. A full overhaul of the PIC is in order.

The PIC Report acknowledges that by 2019, “Cosatu accused the PIC of looting pensioners’ funds and claimed that they had lost faith in the PIC and demanded that labour federations have representation on the Board of the PIC”.

But this comes after allegations of the largest federation’s financial manipulation by Matjila, who directly solicited donations for Cosatu and the ANC from individuals whose companies the PIC has invested in, the report found.

Matjila’s lousy excuse: “I mean we didn’t have a policy that says I can’t relay requests of certain individuals to people who are able to assist them or organisations that are able to assist them … they could have said no.” Since Matjila wielded massive influence over at least two named businessmen who made these donations, the PIC Report rejected Matjila’s excuse with contempt.

It is only when you consider whose money has been used by fat cats like Matjila, Survé and Naidoo does it sink in how really cruel and heartless is modern financial capitalism. The act of stealing from the workers – whose role is to provide the most basic services to other members of the working class and the underclass – must be punished, and these men, their lawyers, their accountants, their bankers and their public relations firms must pay a penalty for systemic deception and criminality.

What SAFTU workers fear is that this report will, like others before it such as the SARS report, gather dust in the understaffed offices of the National Prosecuting Authority, without any action taken to against those fingered in the report for their ugly deeds.

To illustrate our concern, Jooste still walks free, living the high life. But he was the man who led Steinhoff at the time the GEPF held 428-million shares in the scam company, with the JSE assessing its market value at R24-billion at end-November 2018. A week later, startling revelations of “accounting irregularities” led to the collapse of the international retailer’s share price.

As at 23 January 2019, the GEPF held 392-million shares in the company‚ with a market value of R3-billion. Between end November and 23 January, the share price had fallen from R56.26 to R7.84. At one stage‚ at end-December, the value of the GEPF’s stake in Steinhoff fell to as low as R1.8-billion. The report on this was handed over to the Hawks who have proven to have no claws. Jooste continues to play golf and enjoy his mansions, while thousands of workers face a bleak future here and abroad.

SAFTU fears that the same may happen even in the case of the likes of Matjila, Survé and Naidoo. SAFTU calls on the NDPP to pull their resources together to ensure that these fat cats are prosecuted, so that they spend the rest of their lives behind bars for stealing from the most vulnerable members of society – the pensioners. We also desperately need a rethinking of a crony casino capitalism within which investment managers have treated worker pensions with utter disregard, in favour of their narrow class interests.

We need a new system that rejects and punishes the sorts of entrepreneurs who benefited from the looting of PIC. They confirm a warning that the great African liberation theorist Frantz Fanon made in his book, The Wretched of the Earth: “In its beginnings, the national bourgeoisie of the colonial countries identifies itself with the decadence of the bourgeoisie of the West. We need not think that it is jumping ahead; it is, in fact, beginning at the end.”

Above this, SAFTU calls on its unions and members to discuss the future of the GEPF. The unions should consider pushing for a Pay As You Go system where a) such paradoxes don’t occur; and b) where pensions are not exposed to such risks.

In such a PAYG system, almost all (or all!) financial assets of the GEPF would be put in government bonds and serve the aim of halting the debt crisis and invest in social investment projects and programmes. Presently, the GEPF would run with a yearly surplus of some R20-billion at a regulated interest of 5% on only half of that R1.8-trillion. The GEPF doesn’t need to maximise its returns to any pensions, but the state finances need lower interest rates. The state debt should be delinked as much as possible from for-profit financial capitalism. The giant GEPF funds can be the tool to do so for a progressive government.

That would also put most of the PIC directors out of a job.

In a transition to a PAYG system, the authorities and the GEPF board should immediately: