Return of the Ancestors: Laughter in the darkness 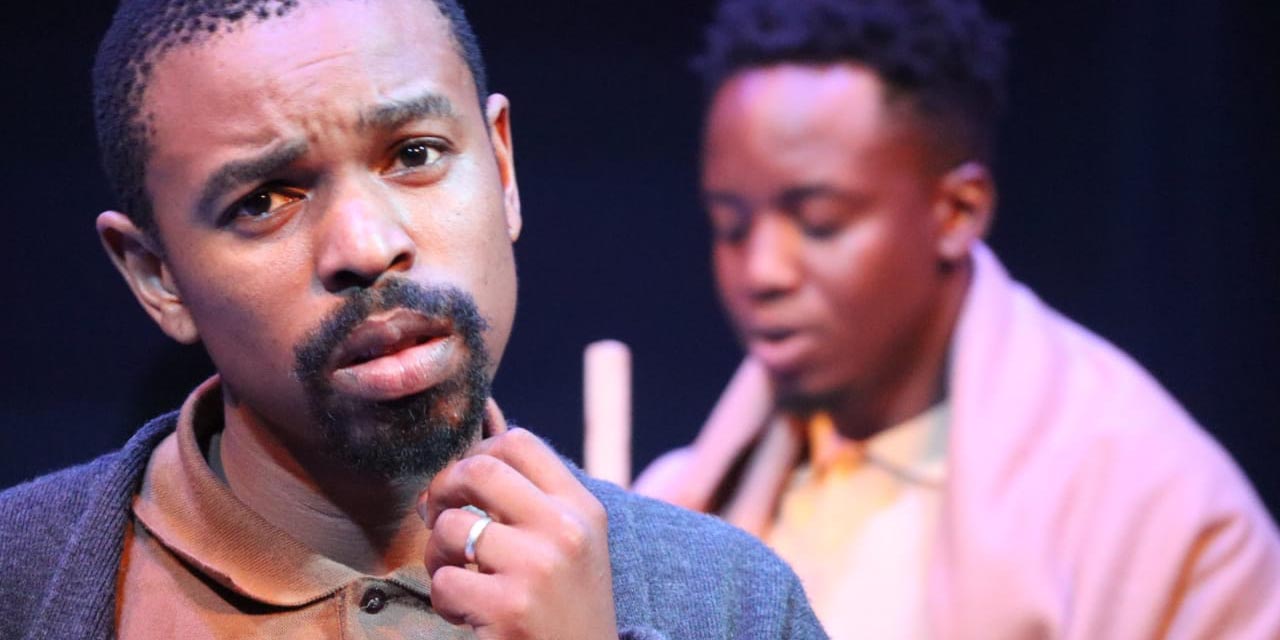 The festering stink of South Africa today is the perfect fuel for political satirist Mike van Graan, whose play ‘Return of the Ancestors’ is being staged in Johannesburg for the first time.

If the Struggle heroes who died fighting for democracy could see South Africa today, would they feel their sacrifice was worth it?

It’s a rhetorical question, really. How can the sacrifice have been worthwhile, when one oppressive, abusive and unequal regime was swapped for another, with the added insult of more brazen corruption than before.

Political satirist Mike van Graan wrote the play Return of the Ancestors in 2014 and a few new lines update it, but nothing else has changed since the play first highlighted and lamented our lack of progress.

This satirical two-hander is rooted in the 1981 classic Woza Albert by Mbongeni Ngema, Percy Mtwa and Barney Simon. In that play, Jesus has his second coming in South Africa in a plot that railed against the injustice and inhumanity of apartheid. Van Graan uses the same device but sends the more modern heroes, Steve Biko and Neil Aggett, back 20 years into democracy to determine whether the sacrifice was worth it.

The play is full of barbed, witty lines that make you laugh and flinch simultaneously – Van Graan’s trademark speciality.

Written in the Zuma years, the pair travel across South Africa meeting various locals on their way to Nkandla. Actors Tshepo Bugzito Seagiso (as Biko) and Katlego Chale (as Aggett) are wonderful, swinging their way through different characters en route. Yes, Aggett is reincarnated as a black man, a device that lets his character see society through black eyes without the innate white privilege that hasn’t changed since he fought against it.

Seagiso and Chale mesh together perfectly, and the vignettes that unfold let Van Graan cover all aspects of our still divided rainbow nation. Chale is hilarious as a dog barking at the black man, and revelling in an English accent that puts him several breeds above.

There’s a snippet about the white woman who thinks she’s liberal but still crosses the street to avoid a black man. Then the two clash vividly as street vendors, the South African despising the immigrant for stealing his job while failing to learn from the charm and ingenuity that help the other succeed.

A dig at the fake news and sunshine news that colour our perceptions comes with a reporter announcing the “good news” that only R7.2-billion was lost to corruption that year, when it could have been so much more. Eish!

Director Zimkitha Kumbaca gives the production a young and funky feel, with music and dance to lighten the load and the rambunctious actors playful despite bearing serious messages.

One scene has an old lady in a village near the palatial Nkandla waiting for the long-promised clinic as she nearly coughs herself to death. A leader must take care of himself before he can take care of us, she says, in a resigned and pragmatic way.

Facts and statistics are scattered around too, like South Africa’s distressingly high death rate, and memories of Marikana are created with sound effects to let you summon your own vivid memories.

The set by Noluthando Lobese-Moropa gives the actors plenty of room to romp, and a balcony heightens the dramatical heft of some scenes. Clothes hanging eerily above are illuminated at times by lighting designer Namhla Blou. They may indicate lives lost in the Struggle, lives still being lost now, or perhaps be implying that this is a story for everyone.

Each sketch generally starts off funny and ends with a deep, dark twist, although a graveyard scene is bleak from the beginning. “You’re killing me again,” cries Biko. Another moment where the point is made with a hammer, not a feather, comes when both characters see their torturers now ascended to positions of power. “Fuck reconciliation – where’s the justice?” they yell.

It’s a play that elicits audible agreements from the audience, with murmurs of assent at its wisdom, generous laughs at the irony, and tuts of disapproval at some of the actions being portrayed. Parts have been translated into vernacular, and they’re the funniest, judging by the audience reaction. If your linguistic abilities are unAfrican, you’re going to miss some gems.

And that’s precisely one of the shortcomings when this type of theatre is presented on a formal stage. The people who should see this show – the corrupt, the elite, the racist, sexist, and xenophobic, may not frequent the Market Theatre. Others who would love to see it and who will recognise themselves in it are the urban and rural poor.

Return of the Ancestors needs to get out on the road and make real its own fictional journey across South Africa. I imagine it would go down phenomenally well, and remind people that some of us still hear their stories and still care.

It’s deeply political, and deeply critical. You’ll laugh, but you won’t go home with a smile on your face.

Return of the Ancestors runs at the Market Theatre’s Ramolao Makhene stage until April 4. Tickets from Webtickets. DM