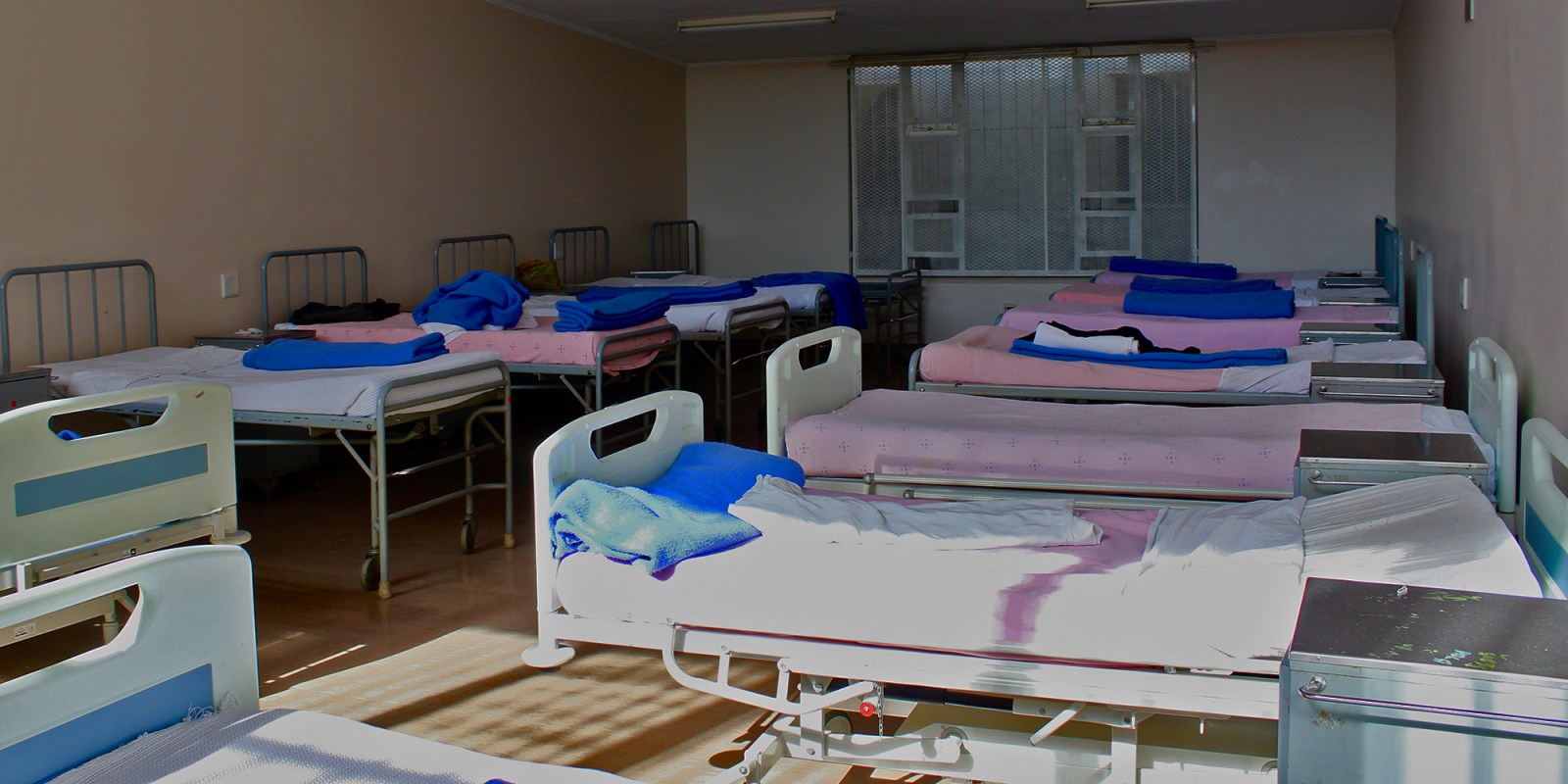 The coronavirus pandemic represents a significant threat to health services around the world. Both prevention and treatment capabilities are in the process of being severely tested. Quite simply, the central concern created for a health system is the need for critical care services where the disease is not contained by an infected person’s immune system. These cases require access to equipment and trained personnel located within intensive care or high care units.

Were infection rates to be relatively low, a health service could focus on treatment only. However, Covid-19 is so infectious that the number of infected people sick at any point in time is sufficiently high to generate a potentially overwhelming demand for services and critical care beds (CC beds), if infection rates are not brought under control through a prevention strategy. We have seen such interventions in the form of severe population lock-downs and various measures to increase social distancing.

Internationally, a number of countries have woken up to the need for aggressive prevention at different points in the escalation of the outbreak within their territories. This has, not unexpectedly, generated different outbreak trajectories, with China’s initial slow response resulting in the most extreme outbreak.

By way of contrast, the rapid response of South Korea generated a different trajectory – at least to date. The European outbreaks are still too new to glean whether their local prevention strategies will converge with that of China, or South Korea.

It is worth noting that the United Kingdom, through choice, and the United States, through sheer disorganisation, have not implemented enhanced social distancing strategies followed by other countries. The UK’s decision has apparently been informed by a desire to build up herd immunity, while focusing the prevention part of the strategy on the vulnerable only. I can only presume that they are hoping to reduce the number of severe cases and mortality by curtailing infections among the elderly and persons with co-morbidities. (It is, however, not clear how they intend to achieve such precision targeting.) They have therefore left schools, restaurants and universities open. The jury is clearly out on this possibly high-risk approach.

The question before South Africa, however, is whether we will be able to manage the demand for CC beds if the outbreak becomes community-based (i.e. not merely infections from travellers overseas). South Africa does appear to have special circumstances in this regard, given our apartheid city designs, which effectively require extensive minibus usage for the bulk of the population. An intensive outbreak prevention and mitigation strategy appears entirely appropriate in this context.

To offer some insight into the risks faced by South Africa, I have therefore modelled two basic outbreak scenarios to assess South Africa’s capacity for treatment of the severe cases.

Scenario 1, the high scenario, assumes the outbreak trajectory that occurred in China, including the ultimate impact of the aggressive prevention strategy. Scenario 2, the low scenario, assumes a pattern based on South Korea, where the aggressive prevention strategy comes earlier in the outbreak than in China. From a modelling perspective, the scenarios are driven by changes in the daily number of infections (or incidence), from both contexts – with some minor smoothing. The data on which this is based is provided by the World Health Organisation. A third, or outbreak, scenario is also presented – where the prevention strategy is delayed for roughly three days on the China scenario.

Estimates of the demand for CC beds is based on an assumed 10% requirement for CC beds based on prevalence (i.e. the number of infected people), at any point in time. Therefore the demand for CC beds rises with increased prevalence. Prevalence estimates remove infected people who have been cured (assumed to be 80% of infections, after a delay of 15 days) as well as those who have died (assumed to be 0.6% of those infected after 15 days). This analysis runs from 15 March 2020 to 6 May 2020.

On the supply side, the availability of CC beds in South Africa, demonstrates a remarkable discrepancy between the public and private sectors. My best estimate for the public sector is roughly 2,238, based on numbers from the Department of Health in 2013 (they may have decreased).

For the private sector, the number is considerably higher, at 4,957. This latter represents a considerable over-supply relative to the medical scheme population covered, which although not good from an over-servicing perspective (for more on this read the Health Market Inquiry), may prove to be a bit of a windfall given Covid-19.

In total, we therefore have 7,195 CC beds in existence, but it is important to understand, not necessarily available. Assuming 80% occupancy in the public sector and 50% occupancy in the private sector (in my view this is likely to be an overestimate of true occupancy – but that is another story), we only have 448 public sector and 2,479 private sector CC beds available. This means a total of 2,926 nationwide. The results of the analysis are summarised here.

The results clearly indicate risks of getting the prevention strategy wrong. If we get the infection scenario of China, by 6 May 2020, we will have an accumulated total number of infections of 19,329, with 2,523 deaths and 15,066 who got better. The demand for CC beds at the peak would exceed by 795 beds available in the public sector. In total, we would still have a surplus of CC beds amounting to 1,684 if we take account of the private sector.

The South Korean trajectory considerably reduces the total accumulated infections (to 4,163) with only 673 deaths. Technically, we would have enough CC beds in the public sector to cope with this scenario, with a slight surplus at peak usage of 319 beds. In reality, even in this scenario, there would need to be support from the private sector as the distribution of public sector CC beds may not be sufficient to provide all regions with the same availability.

Of concern, however, is the outbreak scenario, where a mere three-day delay on the China scenario is assumed. The total accumulated infections rises to 92,378 and total accumulated deaths at 10,408. The peak CC bed requirement would rise to 5,943, or 3,017 beds in excess of what is available both in the public and private sectors. The public sector would be completely overwhelmed, with a peak shortfall of 5,495.

The upshot of these scenarios is that there is plainly a strategic need for government to do the following: first, ensure that an aggressive prevention strategy is in place; second, establish a framework such that all public and private CC beds are accessible for Covid-19 cases – which includes isolation and referral frameworks; third, ensure that a financing framework is in place to ensure pooled access to the public and private sectors; fourth, consider re-deploying public sector nurses into CC beds, including private sector beds; fifth, get the industry to ramp up domestic production of protective clothing for all public and private sector staff who would be supporting Covid-19 cases; and sixth, consider sourcing additional ventilators and required CC bed equipment in advance of any potential demand.

While there is some possibility that South Africa could moderate the Covid-19 outbreak through aggressive prevention, it is as yet uncertain which local factors could mitigate or exacerbate the outbreak relative to China, Europe or South Korea.

On the negative, these include: the possibilities of serous regional outbreaks; the consequences of apartheid city design (inter alia the substantial reliance on minibus taxis of the majority of the population); and weak capabilities in the public health service.

On the positive side, it is not known whether the warmer temperature could reduce transmission rates during the remaining warmer months – giving time for the colder climate outbreaks to reduce in scale due to aggressive prevention strategies. There is, however, a fair amount of uncertainty on what awaits us. Whatever that is, the aggressive prevention posture adopted by government at present appears warranted. However, the follow-through is equally important, and we do not as yet know whether this is, or is going to be, sufficient. DM

Please note this article has been updated and the author made some adjustments to some of the figures.