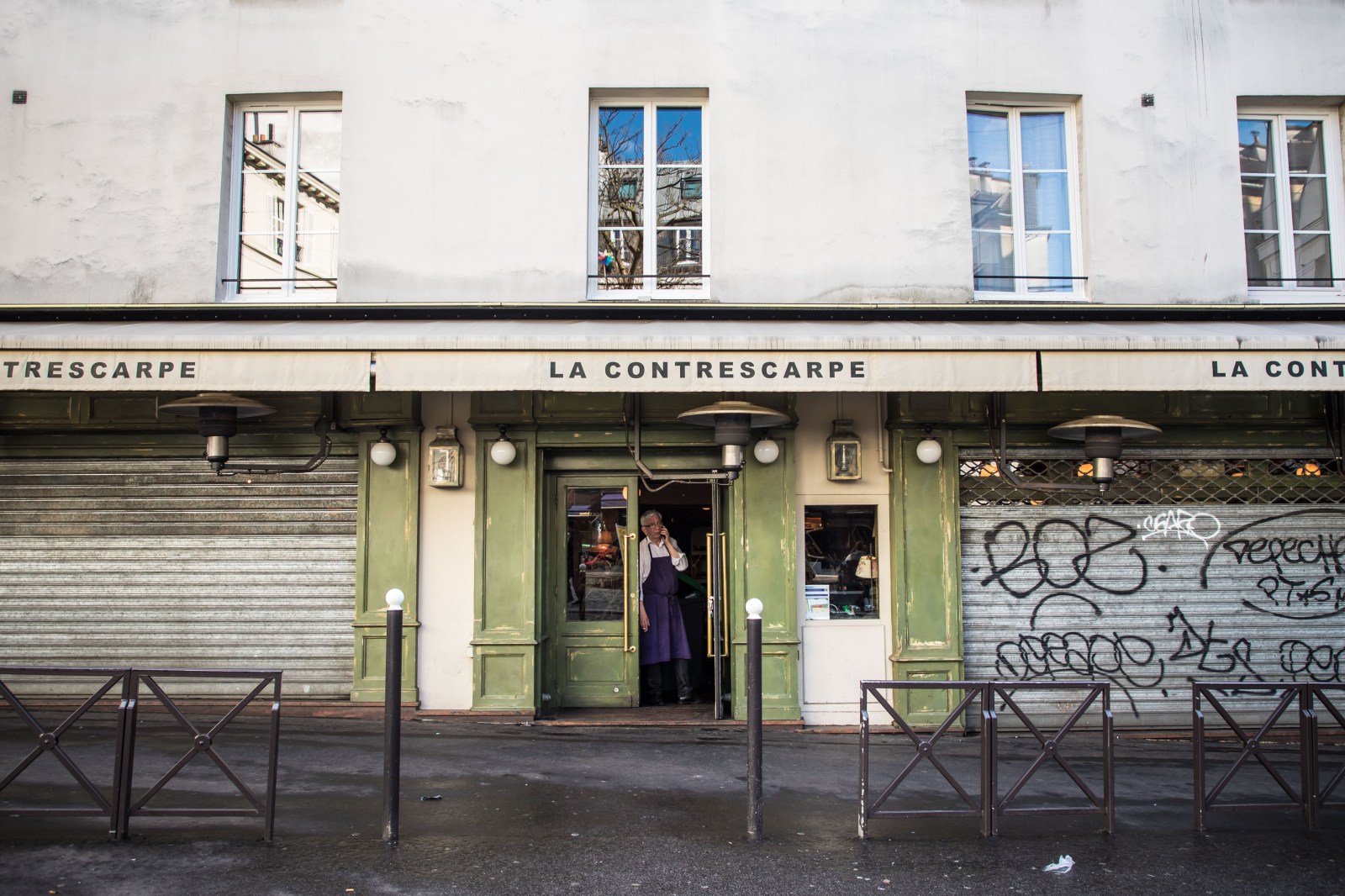 epaselect epa08296081 A restaurant waiter looks at the street through his closed shop window on a deserted street in the Latin Quarter, as part of the measures to contain the spread of coronavirus SARS-CoV-2 which causes the Covid-19 disease, in Paris, France, 15 March 2020. French Prime Minister Edouard Philippe announced on 14 March 2020 that all places that are not essential to French living, including restaurants, cafes, cinemas and clubs, will be closed from 15 March 2020 until further notice. President Macron announced the closing of schools, high schools and nurseries from 16 March 2020 on. EPA-EFE/CHRISTOPHE PETIT TESSON

PARIS, March 14 (Reuters) - France will shut shops, restaurants and entertainment facilities from Sunday with its 67 million people told to stay home to help fight the rapid acceleration of the coronavirus in a country where the number of cases has doubled in 72 hours.

The government had no other option, Prime Minister Edouard Philippe told a news conference after the public health authority said 91 people had died in France and almost 4,500 were now infected.

“I have decided to close all non-essential locations, notably cafes, restaurants, cinemas, nightclubs and shops,” he said. “We must absolutely limit our movements.”

Exceptions to the shop ban will include food stores, pharmacies, petrol stations and tobacconists.

However, Philippe said Sunday’s local elections would go ahead under strict sanitary conditions. This confirmed a decision to press ahead with them by President Emmanuel Macron, who had already announced the closure of schools from Monday and advised people over the age of 70 to stay indoors.

“We didn’t expect it to be so quick,” said Jason Holt, 28, manager at the Cafe Montparnasse. “We’re a little shocked because we’re going to find ourselves without work.”

Philippe said the government had been left with no choice because too many people were still out in the streets and not sufficiently applying recently announced measures, including keeping a safe distance from each other.

That, he said, was helping accelerate the spread of the virus.

Highlighting just that, many bars were still packed after Philippe’s announcement and some reported a surge in attendance after the closure order became public, as revellers turned out for a last drink despite recommendations to avoid crowds.

At one bar on Rue Oberkampf, a popular nightlife area, people were linking arms singing Gloria Gaynor’s “I will survive”.

“We were a little depressed because we didn’t expect it, but we said okay, let’s do our last night today,” said 18-year-old student Nadia Abd-Ali, sipping a cocktail with her friend.

Philippe said public transport would remain open, but that the government expected companies to put into place systems for people to work from home beginning on Monday. The Chamonix ski resort said it was shutting down from Sunday joining Disneyland Paris, which also closed its doors on Saturday.

The go-ahead for elections drew some criticism and concern over the possibility of people being infected at polling stations.

Jerome Salomon, head of the French public health authority, said there had been a rapid increase in serious cases, including 300 people in intensive care, half of whom were below 60 years of age.

“To date, there has not been enough awareness by French women and men of the importance of their role in the face of the virus. It is urgent. Now is the time to change our behavior,” he said.

“We must now do everything to delay, to slow down, to clip the curve of this epidemic.”

The government wants to avoid a situation where hospitals are overwhelmed by the number of serious cases. Neighbouring Italy’s health system has been severely strained by the coronavirus outbreak there.

“I am conscious of the efforts and sacrifices that we are asking, but I have faith that the French people will have the capacity to understand the seriousness of this moment,” Philippe said. (Additional reporting by Yonathan Van der Voort and Sarah White; Editing by Catherine Evans, William Maclean, Frances Kerry and David Gregorio)