Europe is epicentre of coronavirus pandemic -WHO 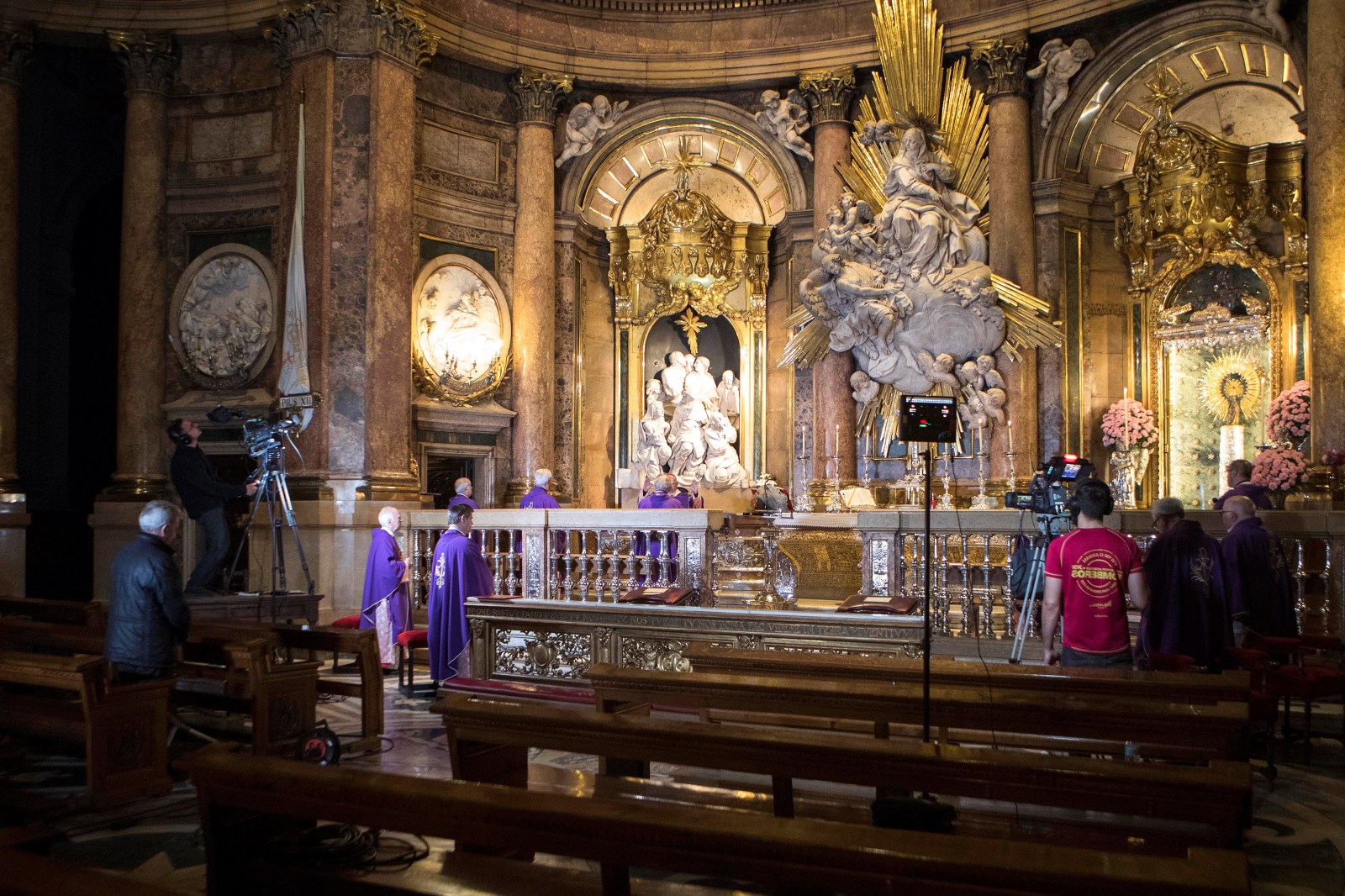 epa08296425 The Archbishop of Zaragoza Vicente Jimenez (C) offers a mass inside the Basilica of Pilar in Zaragoza, Spain, 15 March 2020, on occasion of the coronavius crisis in the country, as hundreds of faithful followed the mass on a streaming in the temple Youtube channel. The Spanish Government declared the alarm status in the whole country establishing restrictions to citizens' movements in public spaces. People will be only allowed to leave their homes to go to work, return home, go to supermarkets to buy basic commodities, pharmacies or attend doctor appointment or emergencies. EPA-EFE/TONI GALAN

GENEVA, March 13 (Reuters) - Europe has now become the epicentre of a coronavirus pandemic that has claimed 5,000 lives around the world, "a tragic milestone", the World Health Organization said on Friday.

More than 132,000 cases of the virus have been reported in 123 countries since it emerged in December in the central Chinese city of Wuhan, WHO director-general Tedros Adhanom Ghebreyesus told a virtual news conference.

“Europe has now become the epicentre of the pandemic with more reported cases and deaths than the rest of world combined apart from China,” he said in Geneva.

Tedros announced that the WHO was launching a coronavirus Solidarity Response Fund. This would to allow people and organisations to contribute to help fund masks, gloves, gowns and goggles for heath workers, as well as diagnostic kits and investment in research and development, including for vaccines.

Facebook will match up to $10 million in donations, while Alphabet Inc’s Google will donate $5 million, the WHO and UN Foundation later announced in a joint statement.

Social distancing, where people avoid close proximity or touching, is a “tried and tested method” to slow the spread of a virus but “not a panacea” that will stop transmission, the WHO’s top emergency expert Dr. Mike Ryan said.

Each country must decide on its own measures to protect its population, he said, adding: “But we’ve also consistently said that blanket travel measures in their own right will do nothing to protect an individual state.”

Detection and isolation of infected people, as well as tracing their contacts and wider testing, must be part of a comprehensive strategy, Ryan said.

“As part of an overall comprehensive strategy, there is a place – particularly inside national borders – for potentially restricting movement between zones, as we’ve seen in certain places,” he said.

“But there is rarely a justification for blanket bans, unless of course the context and the risk defines that.”

U.S. President Donald Trump has announced sweeping travel restrictions to prevent people from 26 European countries – except for Britain and Ireland – from travelling to the United States in a bid to limit the virus spread.

A number of other countries in recent days have announced stepped up border checks, and cancelled flights to other countries, in an effort to contain the spread.

Trump on Friday declared a national emergency over the fast-spreading coronavirus, opening the door to providing what he said was about $50 billion in federal aid to fight the disease. (Additional reporting by Brenna Hughes Neghaiwi in Zurich and Michelle Nichols in New York; Writing by Stephanie Nebehay; Editing by Mark Heinrich and Alex Richardson)