Covid-19: A guide to South Africa’s new ‘state of disaster’ 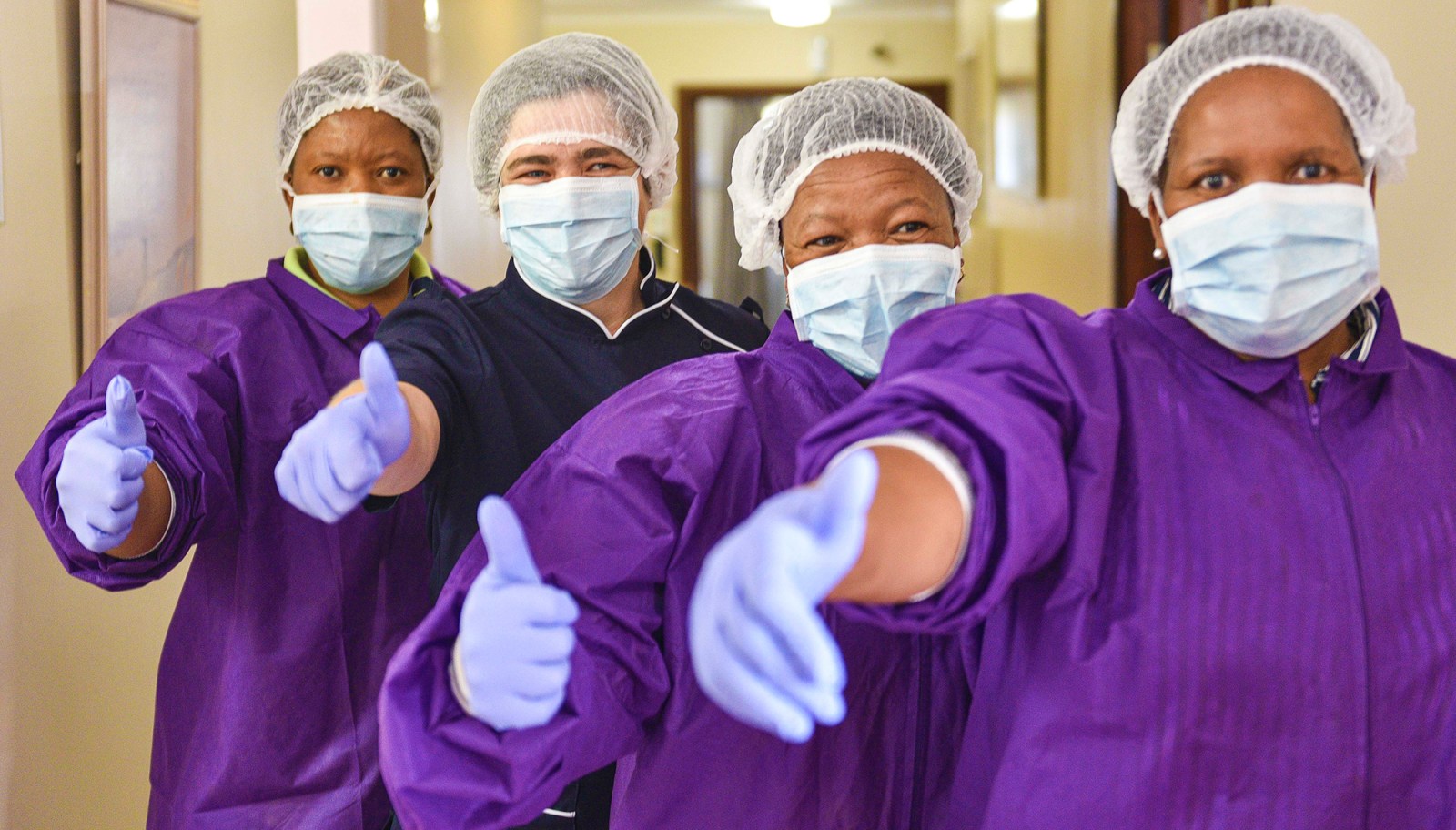 On Sunday night, President Cyril Ramaphosa announced a ‘national state of disaster’ to enable the government to introduce measures to combat the spread of Covid-19 within South Africa. These are the measures now in place.

As of Wednesday 18 March 2020, South Africa’s borders are closed to foreign nationals from the following countries: Italy, Iran, South Korea, Spain, Germany, the United States, the United Kingdom and China.

These are considered “high-risk” countries, and that list may not be exhaustive – Daily Maverick is seeking clarity.

The ban applies even if visitors have already been granted a travel visa: as of Sunday 16 March, those visas are revoked.

In addition, holders of passports from countries which are not on the “high risk” list, but who have visited a high-risk country within the previous 20 days, will not be granted a visa.

Anyone who has entered South Africa from a high-risk country since mid-February “will be required to present themselves for testing”. (It is not yet clear how, or whether, this measure will be enforced.)

There is also now a list of “medium-risk” countries, which includes Portugal, Hong Kong and Singapore. People arriving in South Africa from those countries will be permitted entry, but will have to undergo “high-intensity screening”.

South African citizens who have returned from a high-risk country since mid-February 2020 must present themselves for testing.

Although there are no explicit travel prohibitions for South Africans, citizens are “advised to refrain from all forms of travel to or through the European Union, United States, United Kingdom and other identified high-risk countries such as China, Iran and South Korea”.

The government is calling on citizens to avoid all “non-essential” domestic travel, particularly by air, rail, taxis and buses.

International travel for government business is now banned, unless it is “essential” (another term which requires clarification).

Schools will be closed from Wednesday 18 March until “after the Easter Weekend” – Monday 13 April. To catch up on teaching time, mid-year school holidays will be shortened by a week.

There is currently no announcement of a general closure of universities or colleges, but it may follow shortly: vice-chancellors are in consultation with the Minister of Higher Education.

Because a Wits medical student has been confirmed as testing positive for the coronavirus, those who have been in contact with the student will be quarantined.

The University of Cape Town has announced that all classes are suspended as of today.

A ban has been placed on gatherings of more than 100 people. This is one of the measures likely to have the most profound effect on South African life, as it will prohibit all large meetings, conferences, large religious services, rallies, large weddings and funerals, and so forth.

What is less clear is whether the ban affects groups of more than 100 people brought together in forums like public transport. Daily Maverick is seeking clarity on this point.

There is currently no ban on commercial or leisure activities, though the government has called on the managers of malls, entertainment centres and other high-traffic establishments to “bolster their hygiene control”.

The same strengthened hygiene controls will be required of all public facilities, like Parliament, prisons and police stations.

Unavoidable small gatherings may still be held, but organisers will be required to put in place “stringent measures of prevention and control”.

Visits to prisons and all other correctional centres will be banned for 30 days, with immediate effect.

President Ramaphosa did not advise businesses to allow employees to work remotely where possible, though in many cases this is already happening.

Noting that Covid-19 is likely to have a severely negative impact on the South African economy, he announced that a “comprehensive package of interventions” will be announced shortly after consultation with business, labour and other stakeholders.

Ramaphosa said this would be necessary due to the precipitous decline in export business and tourist arrivals, as well as general instability across global markets.

The nature of the economic interventions has not yet been specified.

Further details on the boosting of Covid-19-targeted health system measures are expected to be announced by Health Minister Zweli Mkhize on Monday.

Physical contact should be minimised, with the use of the “elbow greeting” recommended over shaking hands.

Either soap and water, or hand sanitisers, should be used to wash hands for at least 20 seconds.

Anyone with cold or flu-like symptoms should be avoided, and people coughing or sneezing are asked to cover their nose and mouth.

The government has also called on people to stop spreading fake and unverified news which may cause further fear and panic and entrench ignorance.

There has been a plea for those who have resources and who are healthy to assist those who are vulnerable or in need.

President Ramaphosa announced the establishment of a National Command Council to bolster the existing Inter-Ministerial Committee chaired by Health Minister Mkhize. The council will incorporate other experts and will meet three times a week to co-ordinate the government’s emergency response.

It has also been announced that government will make emergency funding available to the sectors dealing with the response. DM