When your favourite places move, join the trek 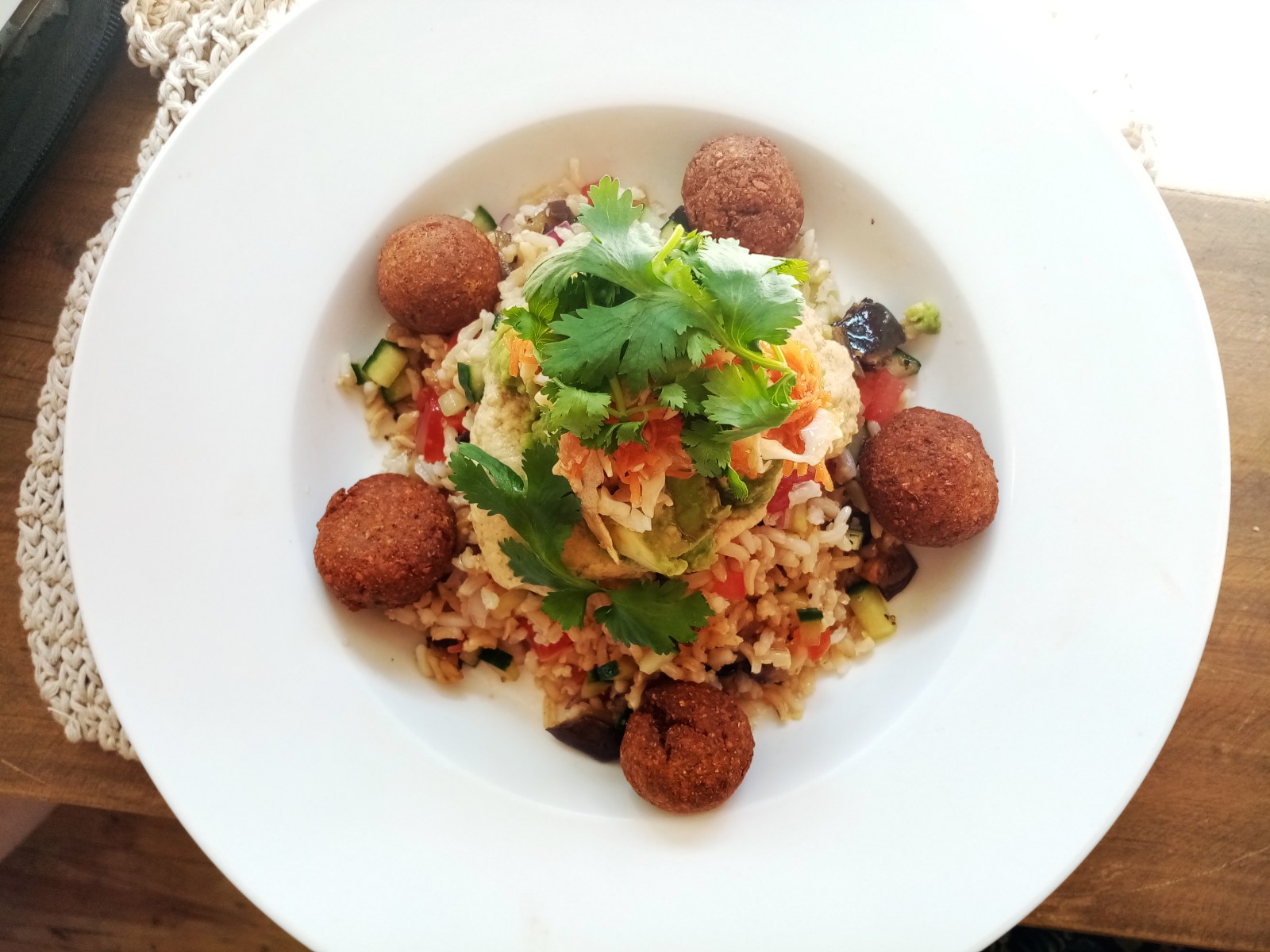 The falafel bowl at Chardonnay Deli in Constantia is five-star and you can get your falafel fix at Dalebrook Café in Kalk Bay too. Photo: Melanie Farrell

A country café takes a wholesome formula and goes coastal in Kalk Bay.

When the River Café at Constantia Uitsig closed down in 2014 I was inordinately upset. For decades, it was our go-to spot for a decadent brunch, celebratory lunch or indulgent afternoon tea and cake.

I loved the old building it was in, the food was fresh and wholesome and, when the weather was fine there was a beautiful courtyard, surrounded by greenery, where you could sit and savour your food.

It was where we went as a family and the kids were welcome, even though it felt a bit posh taking them to the River Cafe. But all things change and in 2014 Chardonnay Deli opened, near the entrance to Groot Constantia.

Soon after it opened we sampled the breakfast menu one sunny Sunday morning, sitting under the oak tree, and decided this was a Good Place.

And so Chardonnay Deli became our new meeting place for coffee dates, lunches and brunches. It’s housed in an historic building, there’s a stoep and, again, when the weather’s on your side, a lovely outside area under the oak trees, overlooking a forest glade.

Buzzing around, keeping everyone up to speed at the newly-opened restaurant, was dynamo Charmaine Lilje.

“Dynamo” is a word that’s overused but Charmaine has opened two restaurants in five years, and she’s a triathlete. If that’s not a dynamo, what is?

Chardonnay Deli pulls in a substantial crowd seeking what Charmaine describes as “an authentic experience, value and being acknowledged”.

Chardonnay Deli celebrated its fifth birthday in 2019 and in December 2018 Charmaine branched out and opened the “little sister” to the deli, Dalebrook Café in St James.

Kalk Bay resident Charmaine “loves creating spaces for people to enjoy and building teams” and she felt it was time to expand when the Dalebrook Café premises became available.

Dalebrook Café is directly opposite the steps leading down to Dalebrook Tidal Pool and is housed in a gorgeous old building. There’s a small courtyard and the restaurant is a series of interleading rooms. The food is really good, think calamari with chunky chips, fresh mussels and sweet treats that include Banting and vegan offerings.

One of my favourite ways to while away an hour or two is taking a dip in the tidal pool and then popping across the road for a post-swim Dirty Chai (espresso in a chai) and avo toast at Dalebrook Cafe.

“Chardonnay Deli is housed in a historic building and so is Dalebrook Café and I love working with historic places. Both premises have a rich history that adds to the general great vibe,” says Charmaine. “Our Kalk Bay clients are typically health-conscious and down to earth, they enjoy a fun community vibe and getting to know people.

“Dalebrook Café is the ‘baby sister’ to Chardonnay Deli but it has its very own personality. The décor is real and rustic in both places but I didn’t want to create a ‘franchised’ feel in my spaces. I love creating unique spaces with similarities.”

Charmaine has cleverly kept the same logo CD/DC for Chardonnay Deli and Dalebrook Café, the drinks menu is the same and there’s a similar breakfast, but a completely different lunch menu at Dalebrook.

“I want both businesses to be successful for their own reasons, almost like having two independent children,” says Charmaine.

Sitting at Dalebrook Café one lazy Friday afternoon I noticed a couple of locals walking in to put their names down on the list for dinner and live music in the evening.

It’s a newish thing, open on a Friday and Saturday night, and popular with locals who don’t have to travel far. A special menu is available for the music evenings and it’s probably a good idea to book, especially in season. DM