Land restitution: Falling back on old elites and entrenching corruption 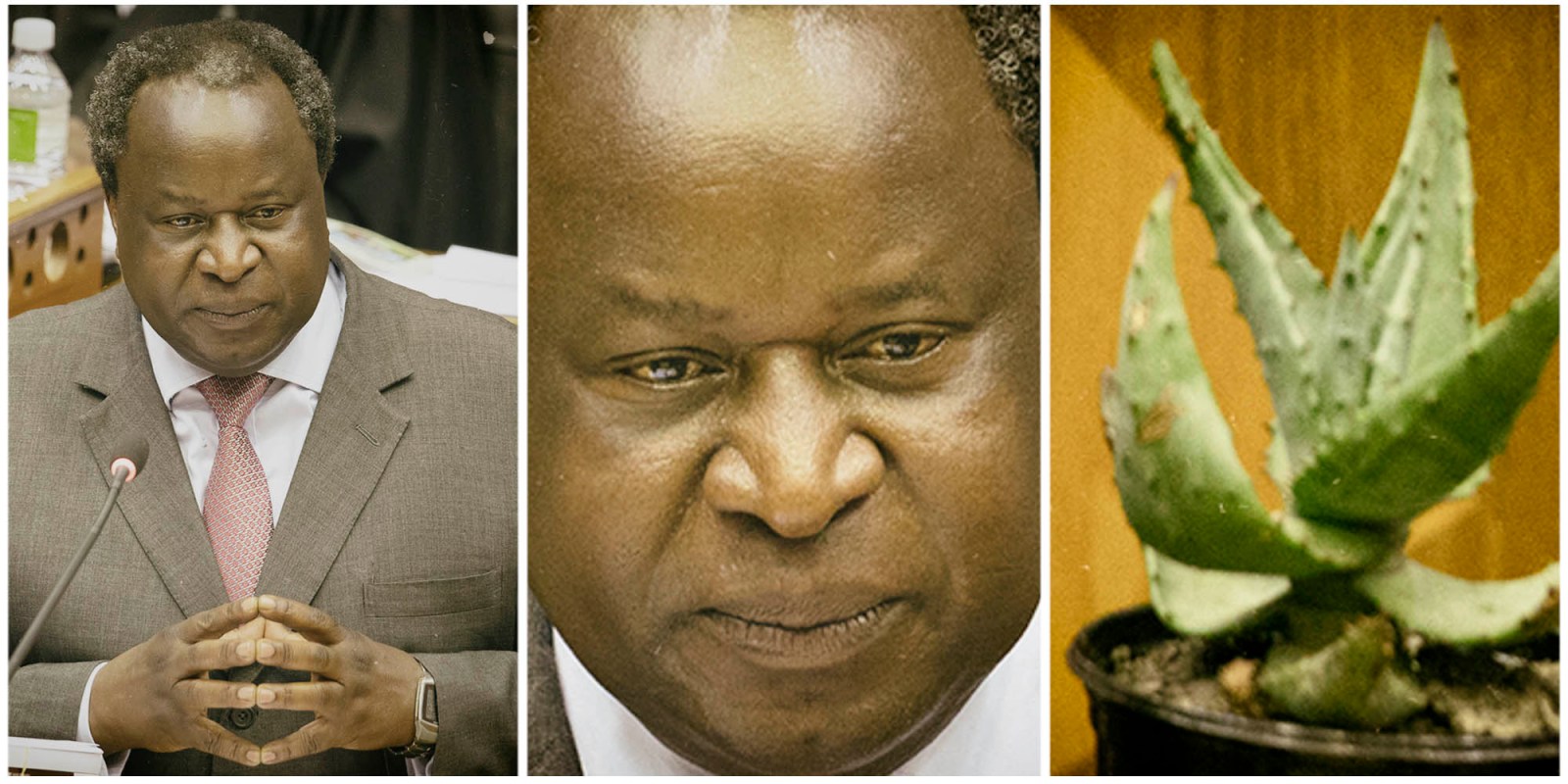 The grindingly slow pace of land reform is feeding one of the fires gathering intensity in our social fabric. Finance Minister Tito Mboweni acknowledged the lag in his 2020 Budget speech, promising an additional R500-million to settle outstanding claims.

Land reform was never going to be easy. To tackle it, the new government shaped a coherent programme in 1994, involving three components: restitution, redistribution and tenure reform. But the laws and policies put in place in that hopeful era have been ignored and overridden in practice.

A critical failure to deliver on the redistribution component has bedevilled the whole programme. Redistribution was supposed to be the main driver for transferring land from white to black people through direct government action, avoiding the delays and complexity of the courts. Restitution was intended to be a relatively small court-driven component, targeting people who were forcibly removed during apartheid. But redistribution has failed and people have flocked instead to the overburdened restitution programme because it is claim-based and does not depend on government taking the initiative.

The restitution programme has become a crisis in its own right. Hundreds of thousands of people who lodged land claims before the cut-off date in 1998 are still waiting for their land. Many claimants have died in the intervening 21 years.

In the Zuma era, problems in the programme were profoundly exacerbated by the former president’s repeated promises to give traditional leaders restitution land, ignoring the claims of people who had been forcibly removed during apartheid. In this period, a programme designed to take people back to the land they had lost in “white” South Africa became a programme to expand the boundaries of the former homelands and consolidate the power of traditional leaders over land and people.

Valid land claims that had been lodged by groups before 1998 were held back in order to enable traditional leaders and other elites to put in counterclaims. This was despite legally binding settlement agreements already signed with the original claimants. In order to provide a veneer of legality to these counterclaims, the Restitution Act was amended during the build-up to the elections in 2014. The new law would reopen the lodgement of claims.

The political manipulation involved in holding back valid claims enabled another reality: officials got used to acting outside the law and with impunity, as described in a series of damning judgments of the Land Claims Court. Restitution became another honeypot for corruption. The 2018 Special Investigating Unit report on 148 land reform projects spanning 2011 to 2017 found “major systemic weaknesses” and an alarming absence of controls and mechanisms to prevent fraud and maladministration in the Department of Rural Development and Land Affairs.

People whose claims had been ignored for years saw the 2014 amendment bill for what it was: an opportunity for some traditional leaders and people linked to government officials to help themselves to their claimed land. They went to the Constitutional Court in the case of the Land Access Movement of South Africa and Others v Chairperson of the National Council of Provinces (Lamosa I). They won, and the amendment act was struck down in 2016 on procedural grounds. Parliament had failed to adequately consult rural people during the legislative process.

But 80,000 additional claims had been lodged between the 2014 reopening and the finding of invalidity in 2016. The court ordered the department and the restitution commission not to process these new claims until the older ones had been resolved. It also ordered Parliament to come back with a new restitution amendment act within two years. Parliament failed to meet this deadline in July 2018 and the matter went back to the Constitutional Court.

The Lamosa II judgment in March 2019 dismissed Parliament’s request for an extension to finalise a replacement law and reiterated that the department should not process the new claims until the older ones have been resolved.

The judgment echoes the report of the 2019 Presidential Advisory Panel on Land that recommended that the approximately 19,000 outstanding old-order claims must be resolved before new ones can be entertained. Many of these claims are large group claims involving hundreds of families. This was also the view of the earlier 2017 report of the high-level panel headed by former president Kgalema Motlanthe.

Rural people used these figures at public hearings to prove that government was knowingly creating false hope among disillusioned voters in promising to reopen restitution when it knew it had neither the budget nor the capacity to process the claims.

Minister Thoko Didiza faces a daunting job in attempting to turn the situation around. Many people’s increasingly desperate hopes rest on her. The Putfontein community in North West is one such example. Some people there owned individual plots before their forced removal and others owned blocks of land collectively in undivided shares. By the department’s own admitted mistake, it transferred all the land to a Communal Property Association (CPA) in 2000, including the land belonging to the owners of the individual plots. Twenty years later it has still not transferred the land back to them despite signed agreements promising to do so.

To add insult to injury, diamonds are being mined at Putfontein without the agreement or authority of the landowners. Every day they watch trucks of diamond-rich material being driven out of their land despite their well-documented complaints at all levels of government. Activists in the community allege that Kgosi Gustav Shole, a traditional leader from Ramatlabama, is centrally involved in the diamond mining and was awarded a multimillion-rand agricultural development project to develop the Putfontein land despite having no official status in the property association at the time, nor being an owner of any of the individual plots.

On 30 November 2019 long-overdue CPA elections were held at Putfontein, supervised by the Rural Development Department and the restitution commission despite repeated requests that they be convened by a neutral organisation such as the Independent Electoral Commission (IEC). To the astonishment of many, Shole emerged as the chair of the CPA. This followed the surprise election of the nominee of Kgosi Nyalala Pilane as the chair of the Bakgatla ba Kgafela CPA near Rustenburg. Pilane had previously opposed restitution land being transferred to an elected CPA, preferring the land to be owned by a trust headed by the kgosi. That dispute resulted in a unanimous Constitutional Court judgment upholding residents’ choice that their land be owned by an elected CPA, not a trust. Until his election to head the body, Shole had been known to oppose the CPA.

A new pattern of traditional leaders being elected chairs of CPA committees seems to be emerging. Another long-standing pattern in North West is for restitution land to be leased to white farmers rather than restored to its original owners. The CPA chair and committee manage the rental income and there are numerous examples of the rents enriching the committees rather than the claimants who remain locked outside their land.

The rural citizens of Putfontein and many others in similar situations have lodged complaints and told their stories at parliamentary hearings, parliamentary oversight visits and the public hearings of the High-Level Panel. They have appealed to the commission to engage with the Department of Mineral Resources to stop the mining, or at least to explain how, or whether, it was approved, and if so who benefits.

The fury of the Putfontein community and others with similar problems erupted during parliamentary oversight visits in North West in 2018. Many lay the blame for their problems on one particular senior official. When this was reported to Parliament the official concerned invited our research centre at UCT, and our partner organisations, Lamosa, and the Alliance for Rural Democracy (ARD) to engage with him to resolve some of the problems in North West. We met with, and subsequently sent the official concrete proposals in relation to six “problem cases” in early April 2019. We have received no specific responses. Instead, we have seen more traditional leaders being elected as CPA chairs and more restitution land being leased to white farmers.

It seems that production failures on land reform farms have led the department to fall back on old elites; traditional leaders to control CPAs and white farmers to manage the land. This is devastating to black families who were forcibly removed from land that they had farmed productively and dream of returning to.

The failures are not due to human incapacity. They are caused by systemic design faults and the massive manipulation and looting of the land reform budget and process. To succeed, farmers need secure land rights and control over their resources. The department’s default choice of tribal control and ownership of land is a recipe for continuing corruption and rights abrogation. DM

Aninka Claassens is chief researcher and Nokwanda Sihlali is research officer at the Land and Accountability Research Centre based at the University of Cape Town.