Fact-checking the Independent group’s reporting on the PIC report 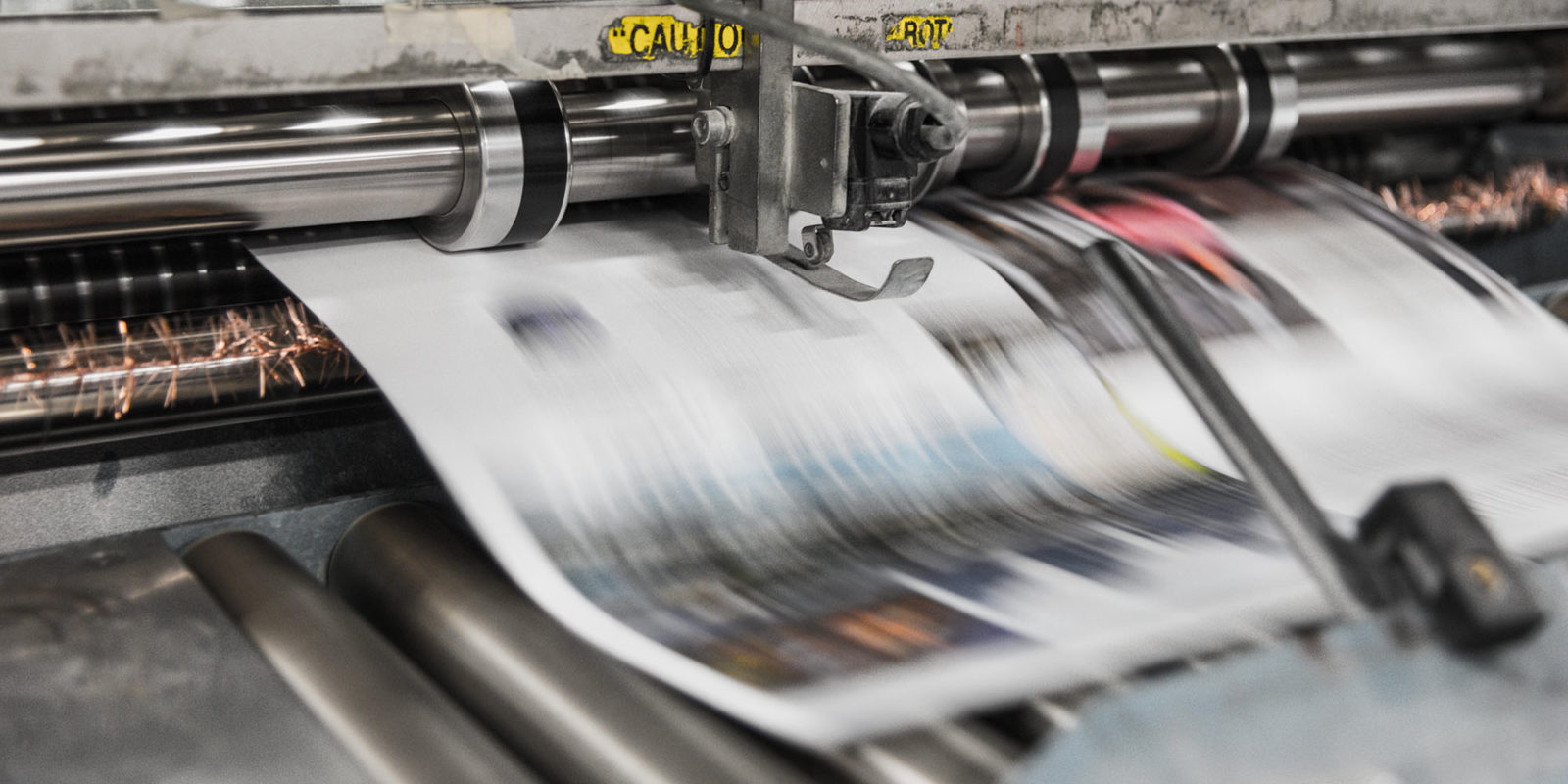 Articles published by the Iqbal Survé-owned Independent group claiming that the PIC report exonerated Survé and former PIC CEO Dan Matjila have been confirmed to be utterly devoid of truth. (Photo: Unsplash/Bank Phrom)

Almost three weeks before the public release of the PIC report, the Iqbal Survé-owned Independent group was claiming that the report cleared both Survé and former PIC CEO Dan Matjila of any wrongdoing. That was a lie.

“The much-awaited Commission of Inquiry report into allegations of impropriety at the Public Investment Corporation (PIC) has cleared erstwhile chief executive Dr Dan Matjila,” ran an article in the Independent group’s business section on 24 February 2020 – almost three weeks before the public release of the PIC report. 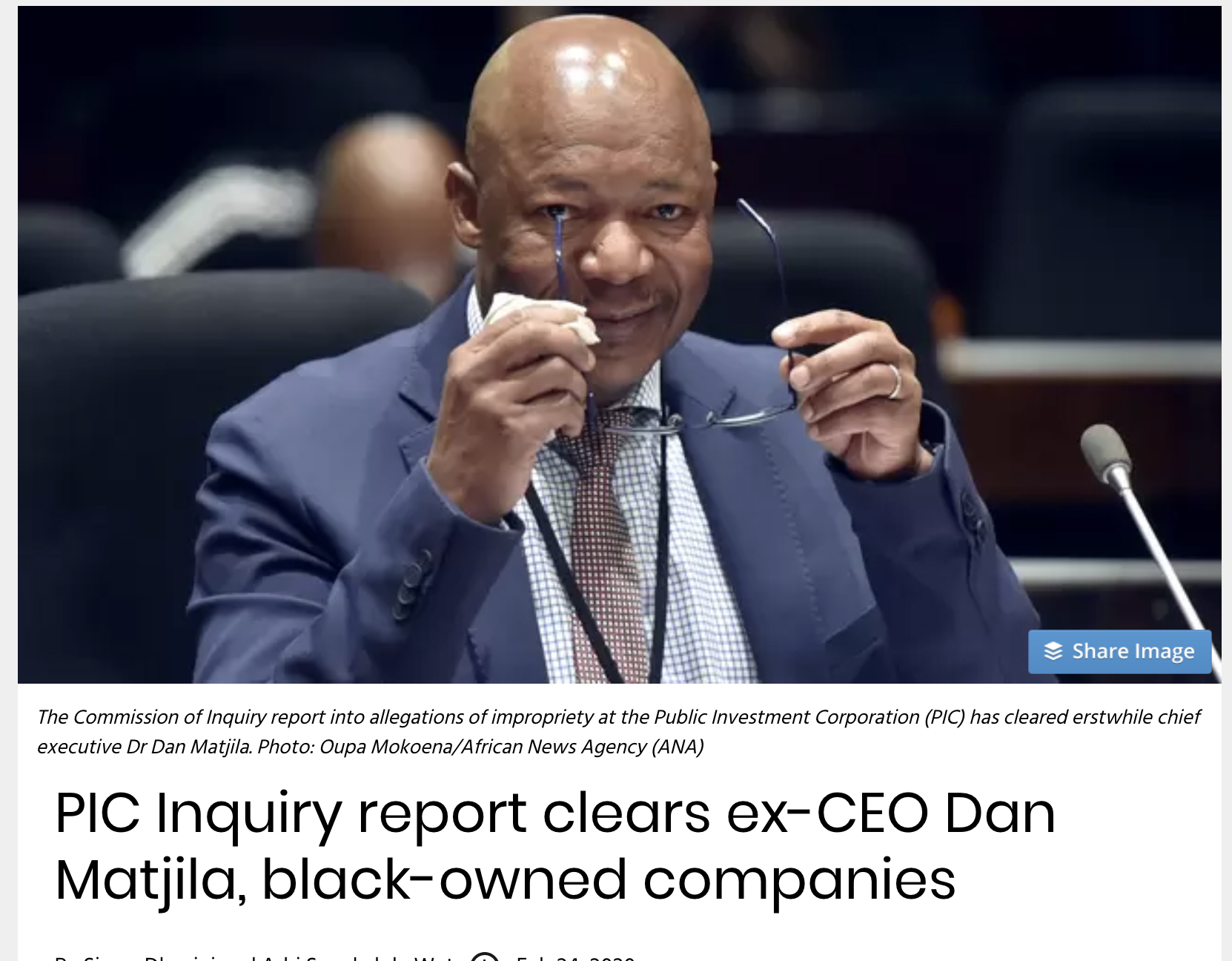 “Business Report can reveal that the report made no adverse findings against Matjila, Sekunjalo chairperson Dr Iqbal Survé and his companies, and other black-owned companies.”

This was the third such article carried by Independent newspapers and the group’s online portal IOL in the weeks leading up to the release of the PIC report – as the media group desperately sought to pre-emptively disseminate the narrative that both Survé and Matjila had been exonerated of the misuse of public funds. 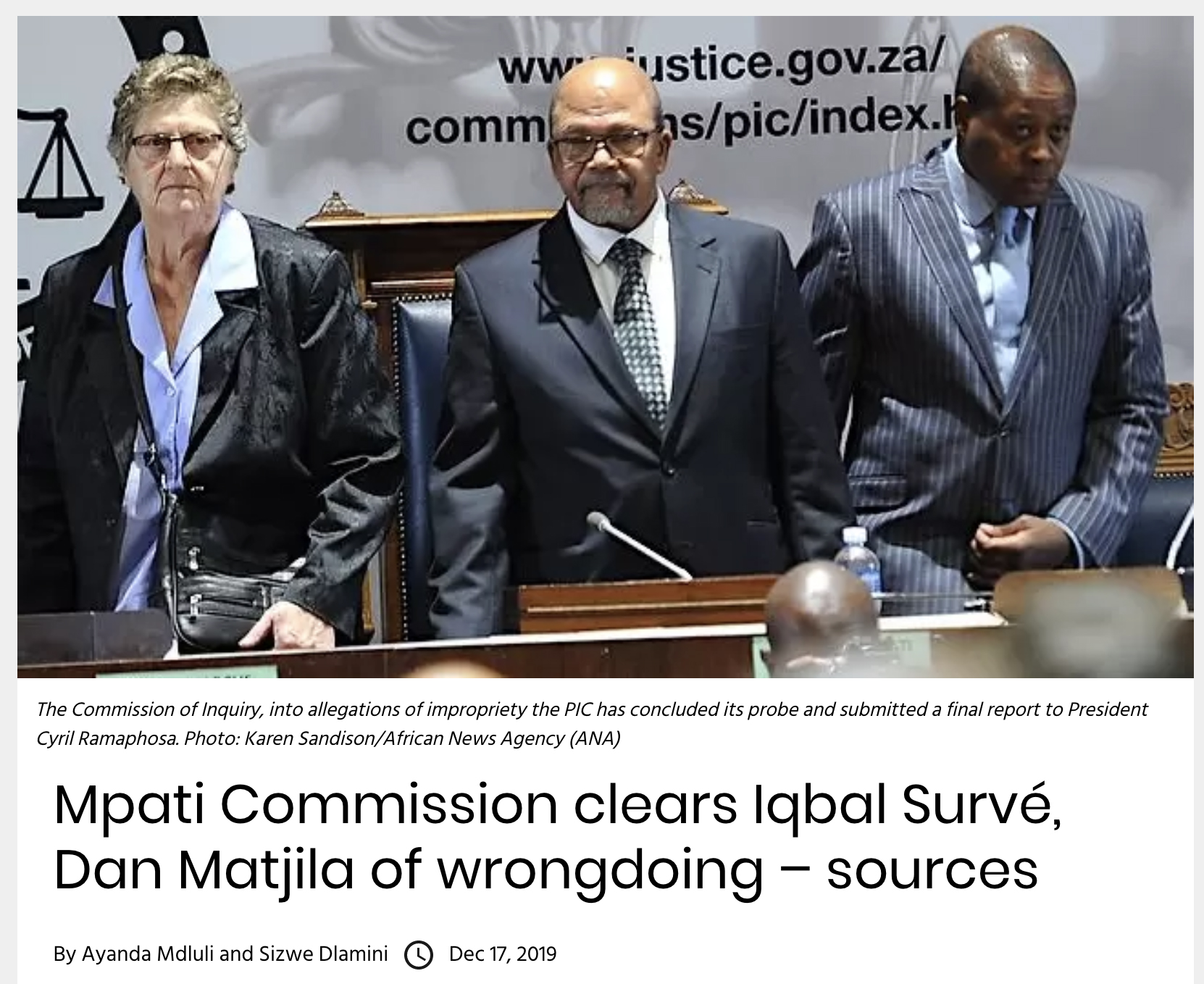 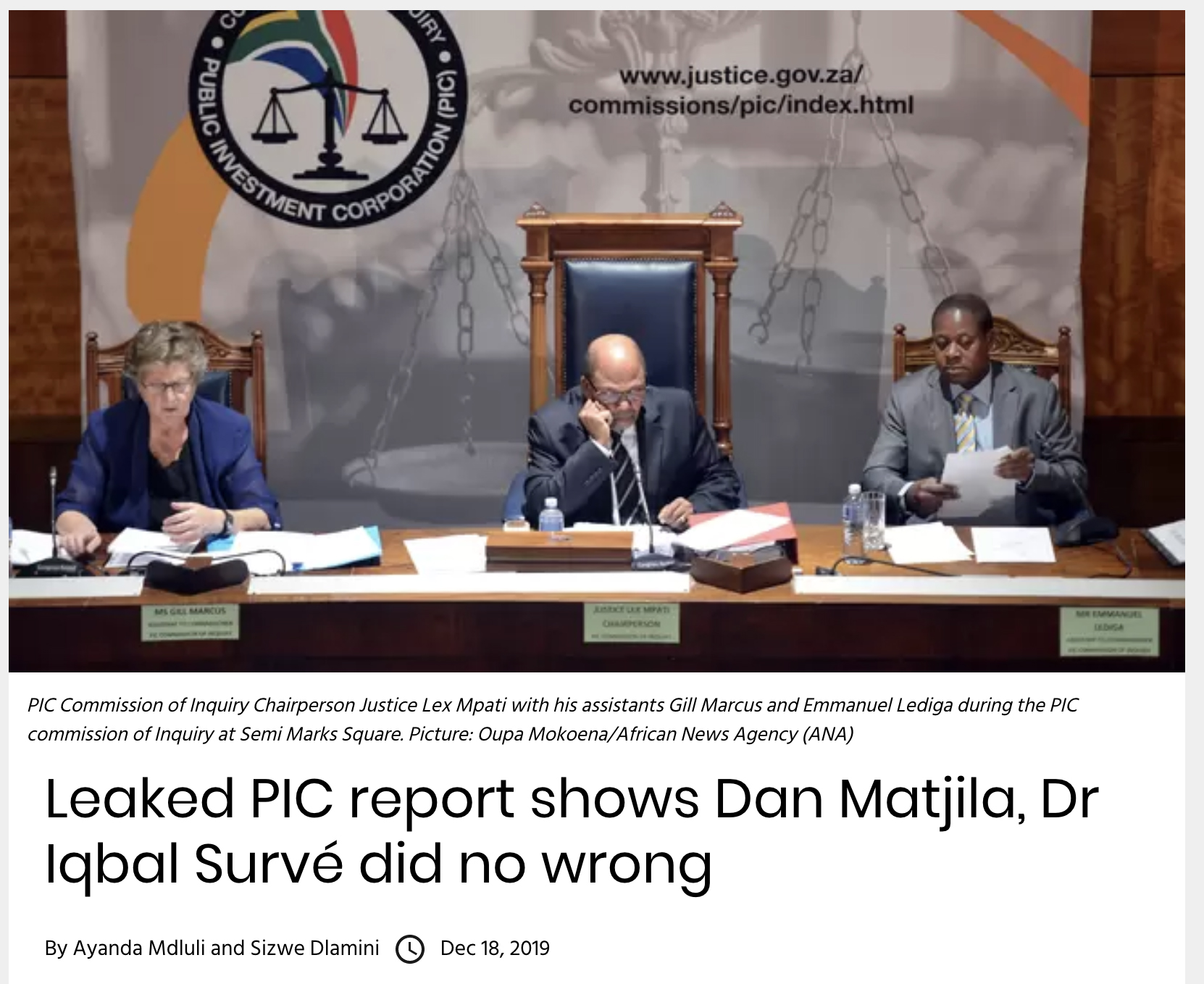 With the PIC report finally released by President Cyril Ramaphosa on Thursday 12 March, these articles have been confirmed to be utterly devoid of truth.

Here follows a fact-check of the claims made by the Independent group in its three articles, contrasted with the actual findings of the PIC report.

Fact: The report reserves the lion’s share of its criticism for Matjila, and makes scathing findings against him.

It finds that Matjila’s governance style revealed “a tendency to ride roughshod over the established approval and decision-making processes, using a combination of process, influence, fear and dictatorial fiat”.

It also notes that Matjila followed:

“A consistent behaviour, when interacting with potential investees, or meeting without anyone else present, of not keeping records or minutes or any written audit trail of such interactions. This constitutes a breach of Dr Matjila’s fiduciary duties.”

In specific reference to the PIC’s dealings with Survé’s Sagarmatha company, Matjila’s behaviour was found to be “improper” and ended up “enabling political interference”.

When it came to the investment in Survé’s AYO group, the report states:

“Dr Matjila, notwithstanding all the information that was disclosed at the Commission, not only continued to try to defend the decisions taken at the time, but made a concerted effort to justify his actions”.

Independent claim: The PIC report “made no adverse findings” against Survé and his companies.

Fact: The PIC report makes multiple adverse findings against Survé and his companies.

“From the outset it appears that the PIC’s interactions with and investments in the [Survé-owned] Sekunjalo Group were questionable,” the report states.

It notes “the outright manipulation by Dr Survé of the valuation numbers” of AYO shares, as well as the fact that “Dr Survé tried to create the impression that there was an over subscription for the [AYO] shares (which turned out later to be related parties to Dr Survé/Sekunjalo)”.

The report finds that Survé flouted the PIC’s requirement that the AYO board be strengthened with independent non-executive directors. It includes tables showing how Survé’s family members, long-serving employees and long-time friends “dominate the board seats” in Sekunjalo companies.

The report notes that both Survé and Matjila had claimed to the commission that the PIC’s money was still safe in AYO’s bank accounts.

“However, as the evidence gleaned from various bank statements show, there has been significant movement of the funds between different related parties,” the report finds.

“This created the impression of funds in bank accounts but, in reality, this was only the case at specific moments in time.”

The report finds that:

“The Ayo transaction demonstrates the malfeasance of the Sekunjalo Group, the impropriety of the process and practice of the PIC as well as the gross negligence of both the CEO and CFO.”

It also recommends that authorities should “consider whether any laws and/or regulations have been broken by either the PIC and/or the Sekunjalo Group”, and “determine what legal steps, if any, should be taken to address any such violations”.

In other words, Survé may now face criminal prosecution.

Independent claim: Matjila was “found to have been a credible witness” and his submission to the inquiry was “impeccable”.

“Dr Matjila has been repeatedly economical with the truth, not disclosing material information, relationships or interactions with counterparties which were relevant to the decisions taken, and justifying his actions even when the outcomes thereof were questionable.”

With specific reference to Matjila’s submission to the PIC relating to the Tosaco Energy investment, the report says that his “testimony illustrates a complete disregard for transparency, formal process and proper governance”.

It adds: “Simply put, the testimony is not credible”.

Independent claim: The PIC report found Survé’s testimony to be “open and credible”, and also “credited him for volunteering to testify”.

Fact: This is totally false. At no point in the report is Survé’s testimony described as being “open and credible”, and at no point is Survé given credit for “volunteering to testify”.

Independent claim: Instead of pinning blame on Matjila, the report “found that the PIC’s own governance processes were flawed and recommended that these be looked into”.

Fact: The report does indeed conclude that there were major problems with the governance of the PIC. It states:

“The Commission, through public hearings and the consideration of written testimony from a broad range of witnesses, has concluded that, among other things, there has been substantial impropriety at the PIC, poor and ineffective governance, inadequate oversight, confusion regarding the role and function of the Board and its various sub-committees, victimisation of employees and a disregard for due process.”

However, it explicitly notes that Matjila was responsible to various degrees for much of this. It states:

“The Commission found that there was both impropriety and ineffective governance in a number of investments. This was compounded by the dishonesty of and material non-disclosure by Dr Matjila, both during his evidence at the Commission and in decision-making processes regarding various transactions.”

At the time of writing, the IOL website had yet to carry any coverage of the PIC’s (actual) report and its (actual) findings.

However, by the time this article was about to be published, IOL put up an article on the findings that is truly off the charts. The headline? Before we tell you, first please make sure you’re holding onto something sturdy and you’re not prone to shock. So, the headline is: 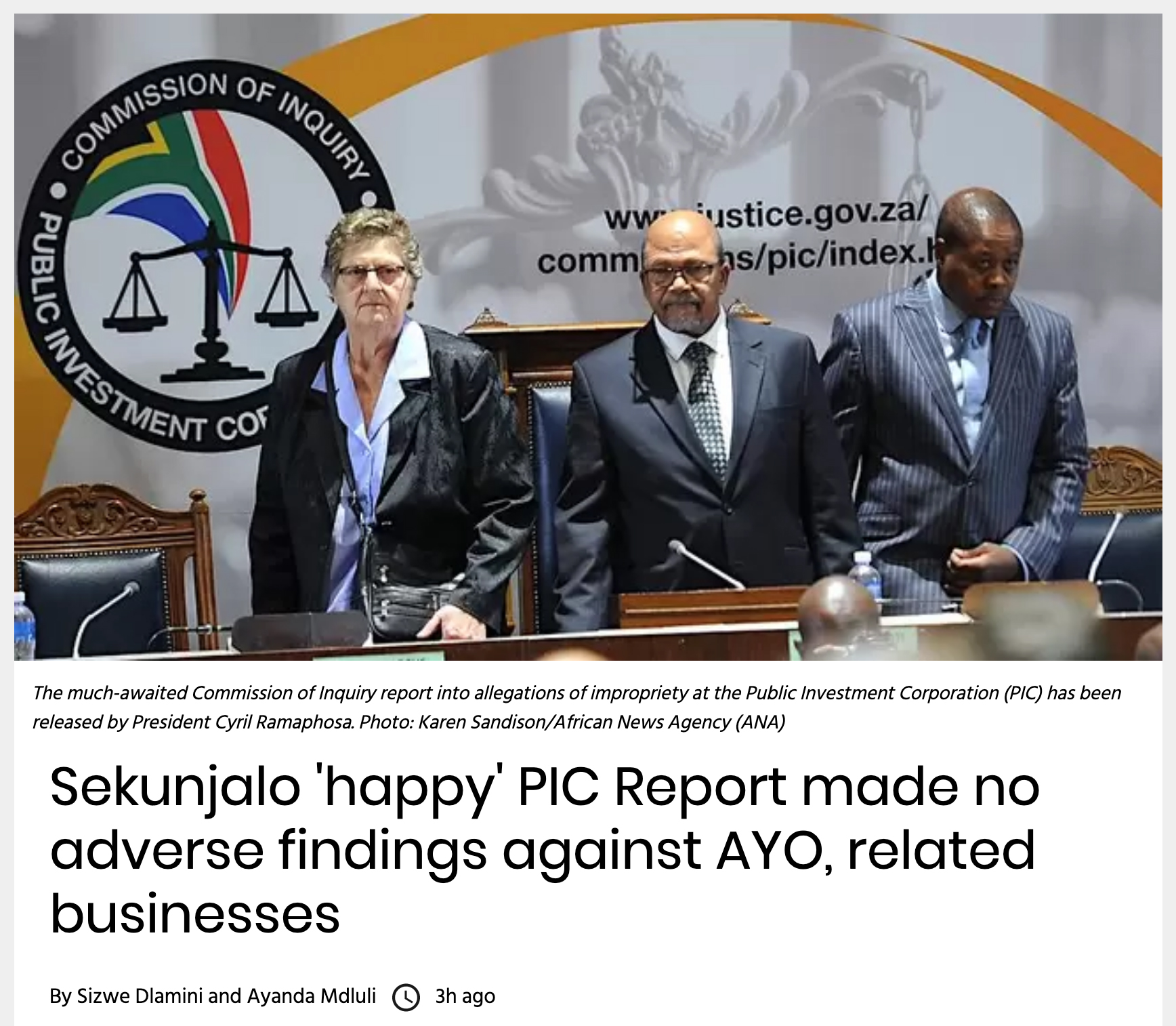 Yes, really. The dictionary definition of gaslighting is to manipulate (someone) by psychological means into doubting their own sanity. We at Daily Maverick have seen a lot over the years, but this must be the craziest example of them all. DM