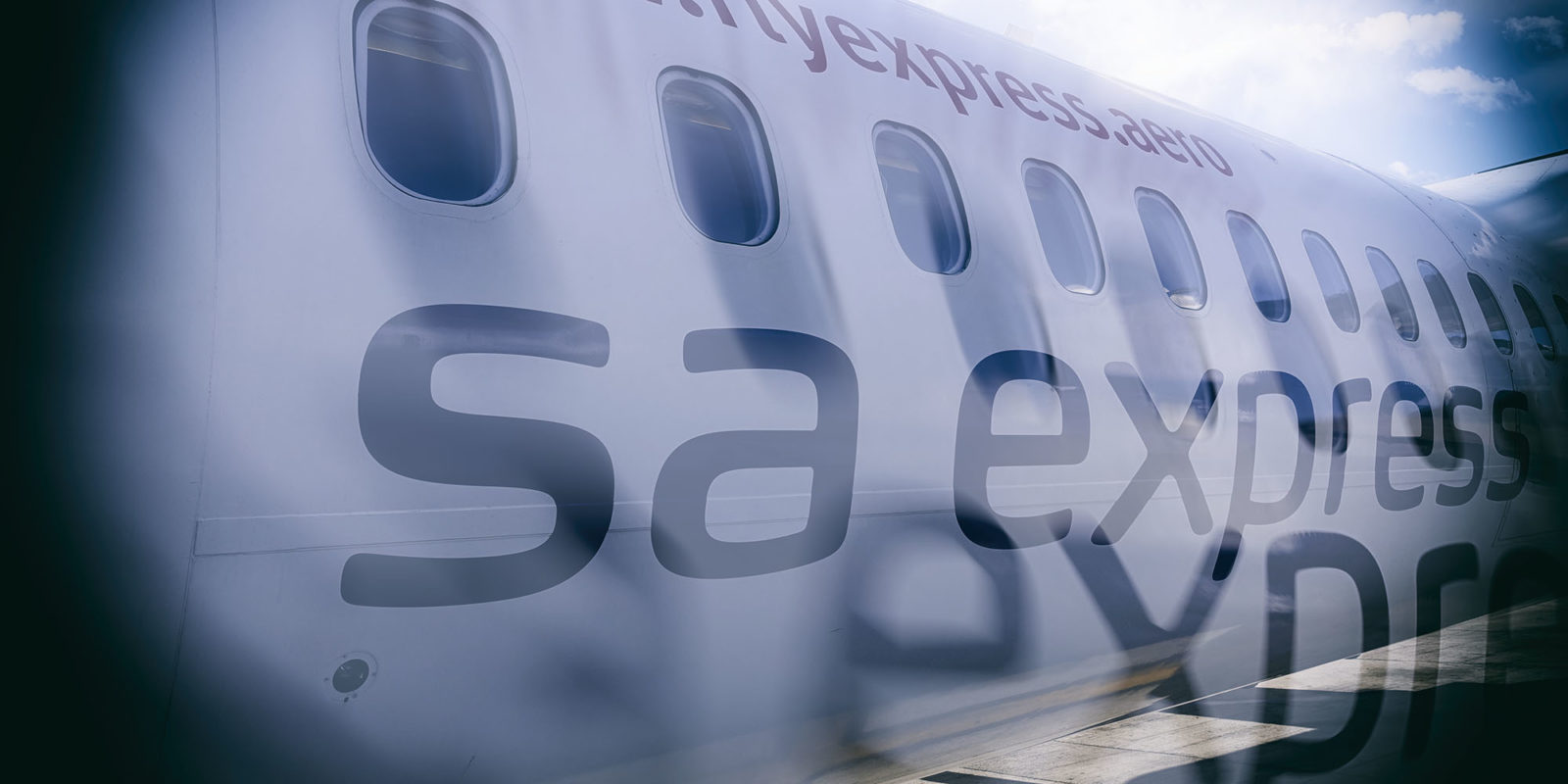 With its working capital fast depleting, SA Express, according to a report written by the airline’s business rescue practitioners, Phahlani Mkhombo and Daniel Terblanche, cannot afford to book its planes for maintenance, creating safety concerns about the airline and threatening its ability to operate scheduled services. Four of its planes have been grounded.

By last Wednesday, the state-owned SA Express had R1.4-million in its bank account and R17-million in outstanding payments relating to its aviation operations that were due on the same day.

This is the perilous financial situation that has been laid bare by the business rescue practitioners of SA Express, Phahlani Mkhombo and Daniel Terblanche, in their first progress report — which has been obtained by Business Maverick — on restructuring the struggling airline. Arguably, there hasn’t been much progress in saving SA Express from collapse.

SA Express flight routes typically serve smaller cities in SA such as Bloemfontein and Kimberly, and neighbouring countries such as Botswana, Zimbabwe and Namibia, as a regional feeder to South African Airways (SAA).

It was once a fast-growing African regional airline since taking to the skies in April 1994, but it was at the centre of SA’s State Capture story of corruption, resulting in the airline last turning a meaningful profit in 2016.

With its working capital fast depleting, four of SA Express’s fleet of six operational aircraft — comprised mostly of Bombardier Q400s (light planes that are designed for shorter-distance flights) — have already been grounded. This was made worse by SA Express not paying the R6-million in quarterly aviation insurance premiums due in December 2019 – insurance that protects an airline’s business and passengers, as well as its pilots and crew. SA Express, according to the report written by Mkhombo and Terblanche, cannot even afford to book its planes for maintenance, creating safety concerns about the airline and threatening its ability to operate scheduled services.

Since SA Express was placed under involuntary business rescue on 6 February 2020 by the High Court in Johannesburg, Mkhombo and Terblanche said they had walked into a “negative” environment at SA Express. This has resulted in the exodus of skilled SA Express workers, who are mostly responsible for aircraft maintenance and technical operations, including the acting quality manager (two years in the role, 12 years at the airline), general manager technical (two years in the role and was once responsible for SAA’s aircraft), training captain and line pilots. The maintenance division has also lost a number of people over the past few years.

More worrying is that Mkhombo and Terblanche said SA Express doesn’t have “enough suitably qualified/certified aircraft engineers to sign out aircraft and supervise maintenance on aircraft to meet the demands of the operation”. To ensure that all SA Express’s aircraft fleet can be signed out for maintenance, Mkhombo and Terblanche said there is a need to hire eight people at a training and certification cost to the airline of R800,000.

The dearth of qualified aircraft engineers at SA Express has already impacted on its operations, as recent regulatory audits of SA Express cited “airworthiness” — regarding how aircraft components are stored and traced when an aircraft is booked for maintenance — as an ongoing issue for the airline.

“The tracing of aircraft components is unreliable — often work is done on aircraft where parts are removed from one aircraft and moved to another (part-robbing), and the corresponding paperwork is delayed,” said Mkhombo and Terblanche in their report.

The International Air Transport Association (IATA), which is an internationally recognised body that audits global safety management in airlines, recently made 85 findings against SA Express in its report named the IATA Operational Safety Audit (IOSA). The body said the airline’s airworthiness and component management/traceability was a major concern:

“Many items could not be closed in time and subsequently the company fell off the IOSA Register for a period of time. This posed a significant commercial risk.”

Mkhombo and Terblanche require between R438-million and R691-million in post-commencement financing (PCF) from the Department of Public Enterprises and National Treasury to enable the airline to continue while a business rescue plan is put in place. A final rescue plan, which has to be approved and adopted by SA Express creditors through a vote, is expected to be published on 30 April 2020.

But SA Express is facing an intense waiting game as the department has not released the money — pushing Mkhombo and Terblanche closer to applying for the airline to be liquidated, which involves shutting its operations and selling assets to pay creditors. They are empowered to do so under the Companies Act if they believe there are deliberate attempts to undermine their restructuring efforts.

To get funding that the department has not raised, Mkhombo and Terblanche asked for help from the rescue practitioners of SAA, which is also in the throes of business rescue.

Both state-owned airlines have a commercial agreement in which SAA sells flight tickets on behalf of SA Express, and the former pays the latter once passengers have travelled. To fund the airline’s operations for February, Mkhombo and Terblanche had to reach an agreement with the SAA rescue practitioners, Les Matuson and Siviwe Dongwana, for a R47-million advance in the form of a pre-payment for ticket sales over five days.

This means that SA Express will give up its future ticket sales revenue from SAA until the R47-million is settled. Without the PCF from the department and National Treasury, SA Express will struggle to pay March salaries to its more than 690 employees. BM