As municipalities fall apart, can the centre of power hold/survive? 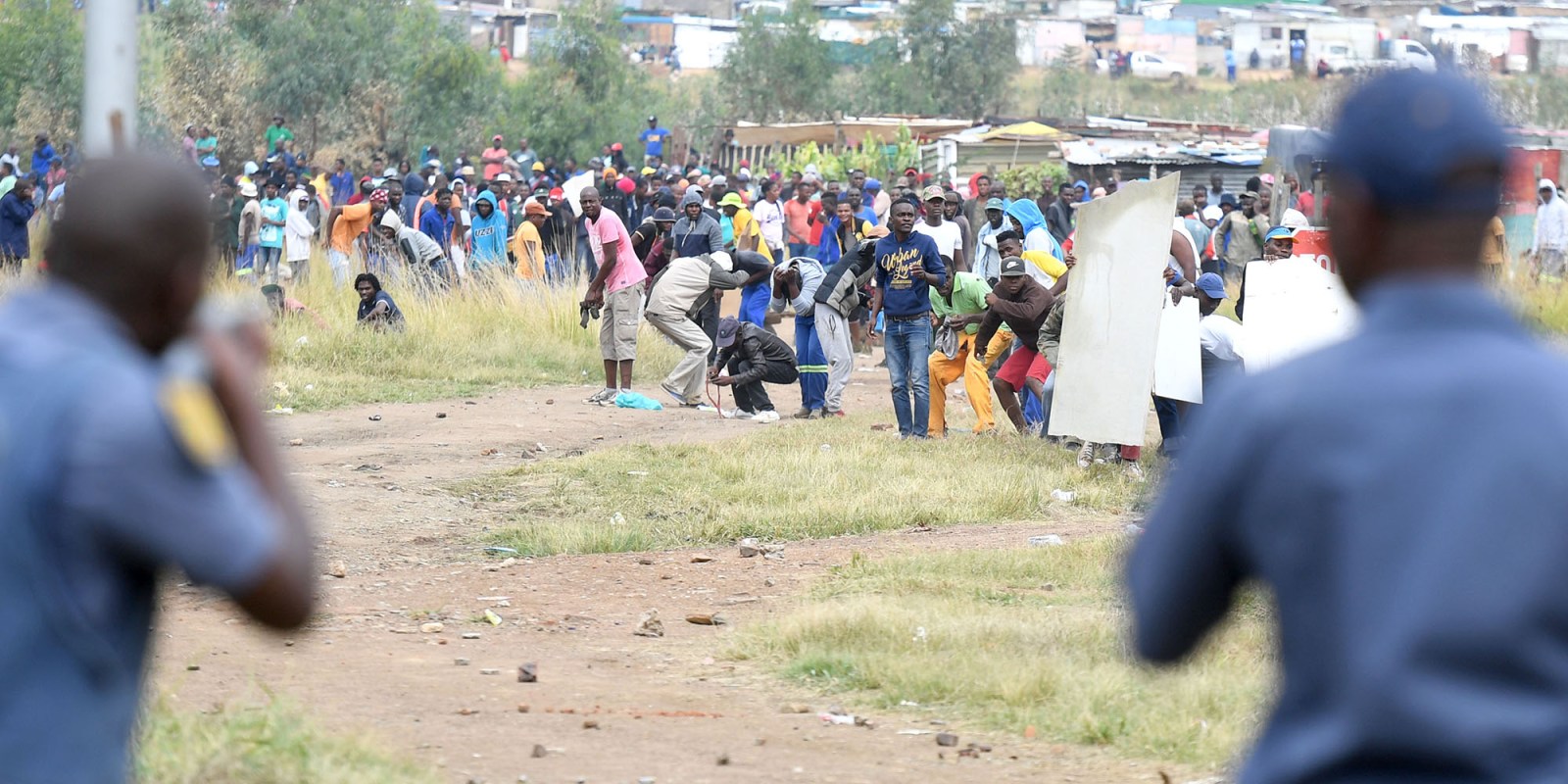 Municipalities countrywide are failing. From Tshwane to Mangaung, from KZN to North West, councils are unable to provide the services that residents deserve, and often pay for. Such is the temperature of our politics at the moment that it is unlikely that solutions will be implemented in the short to medium term.

Last week, the Gauteng Provincial Government took the City of Tshwane into administration, as part of a plan that will see elections being held there within three months. In Mangaung on Tuesday, the mayor survived a no-confidence motion against her despite that metro currently being under administration by the Free State. In Emfuleni, back in Gauteng, Eskom was given permission to attach assets from the council which has an unpaid electricity debt of more than R2-billion. In George, the mayor refused to step down after his own party, the DA, ordered him to.

Infrastructure around the country is falling apart.

People living in smaller municipalities in rural areas talk of fields used as dumping sites, of town centres where the roads are unusable, of how rubbish piles up and water taps are dry.

The focal point of this disaster is Eskom. Many municipalities receive money from the on-selling of electricity. They use that revenue for other things, and thus fall behind with Eskom. Eskom, of course, uses consumables such as coal to produce electricity. This has to be paid for (unlike, Mr Mantashe, wind or sunlight). Eskom then has no choice but to demand the money that it is owed; a crisis develops.

No one in our political sphere can claim to be surprised by this, no president can say they are “shocked”. The roots of this, both through the behaviour of individuals and political groups, and the problems with the structure of the system, have been obvious for years.

Every year, the auditor-general releases his findings on the finances of councils. And every year, probably for the last decade or so, the person holding that office has lamented the lack of consequences for financial mismanagement. Despite that, nothing has been done to remedy the situation.

There are many examples.

The problems of mismanagement and the lack of maintenance in Emfuleni are so big that the army had to dig sewage pumps out of mountains of raw faeces. Human excrement ended up in the Vaal River. This same council has now had its assets attached because it hasn’t paid Eskom.

And yet, despite these problems, its mayor at the time, Jacob Khawe, was elected provincial secretary of the ANC in Gauteng. It is unlikely that the province will take strong action to clean up the mess that he has had a hand in making.

In Mangaung, despite being under administration, ANC councillors voted to retain their mayor, Olly Mlamleli. This was despite an ANC region there calling for her to go.

It is important to remember how much of a role the structure of our political system plays in this.

Municipal IQ’s Karen Heese reminded SAfm on Wednesday morning that when this system of municipal governance was brought in for the first time (during the 1990s), it was considered very ambitious. This was because, she says, nowhere in the world had people used the system of equal spheres of governance, rather than tiers. In other places, one unit of government, say a province, would be able to control the municipality to an extent. Here, they are independent of each other.

This creates a tension between councils and provinces. In the middle of all of this is often the ANC’s own structure. This can see national leaders forcing councillors to vote for a certain person to be mayor even when they don’t want to, setting off new conflicts.

It also explains the spate of cases where ANC councillors have either voted to remove their own mayor or abstained from voting in order to allow those mayors to be removed, in defiance of Luthuli House. When there is rebellion after rebellion, the ANC’s national leadership runs out of options to impose discipline (once, in Tlokwe, each ANC councillor was treated to a compulsory one-on-one interview with both then-President Jacob Zuma and then-ANC secretary-general Gwede Mantashe before voting).

All of this is a recipe for chaos.

The obvious question is, what is to be done?

The first answer is that it seems unlikely, considering the high tensions in our politics, that there will be any agreement to make major changes.

The ANC is not able to discipline its own members. In Nelson Mandela Bay, Andile Lungisa is still to be disciplined in any way for defying both the National Executive Committee and the top six national officials in refusing to resign from Mongameli Bobani’s mayoral council, despite being convicted of assault.

Changing the structure of local government would require national consensus. That is far off at the moment, where the structure of our electoral system leads to an almost automatic adversarial relationship between parties. The level of crisis is so high that passions are inflamed, making discussion difficult.

For the moment then, this would appear to be the pattern: crisis deepening into further crisis.

However, political parties could, perhaps, turn the tide to some degree. If the balance of power within them shifts to where there is one centre of power with the bigger formations, they would then be able to impose discipline. Fear of losing elections then might lead them to tighten up and impose some form of a functioning democratic order.

Of course, this would require a complete reversal of the current trend in our politics, which is a move away from central authority in political parties, and fraying at the edges. It is unlikely that there will be any major changes soon. And the crisis will only deepen. DM