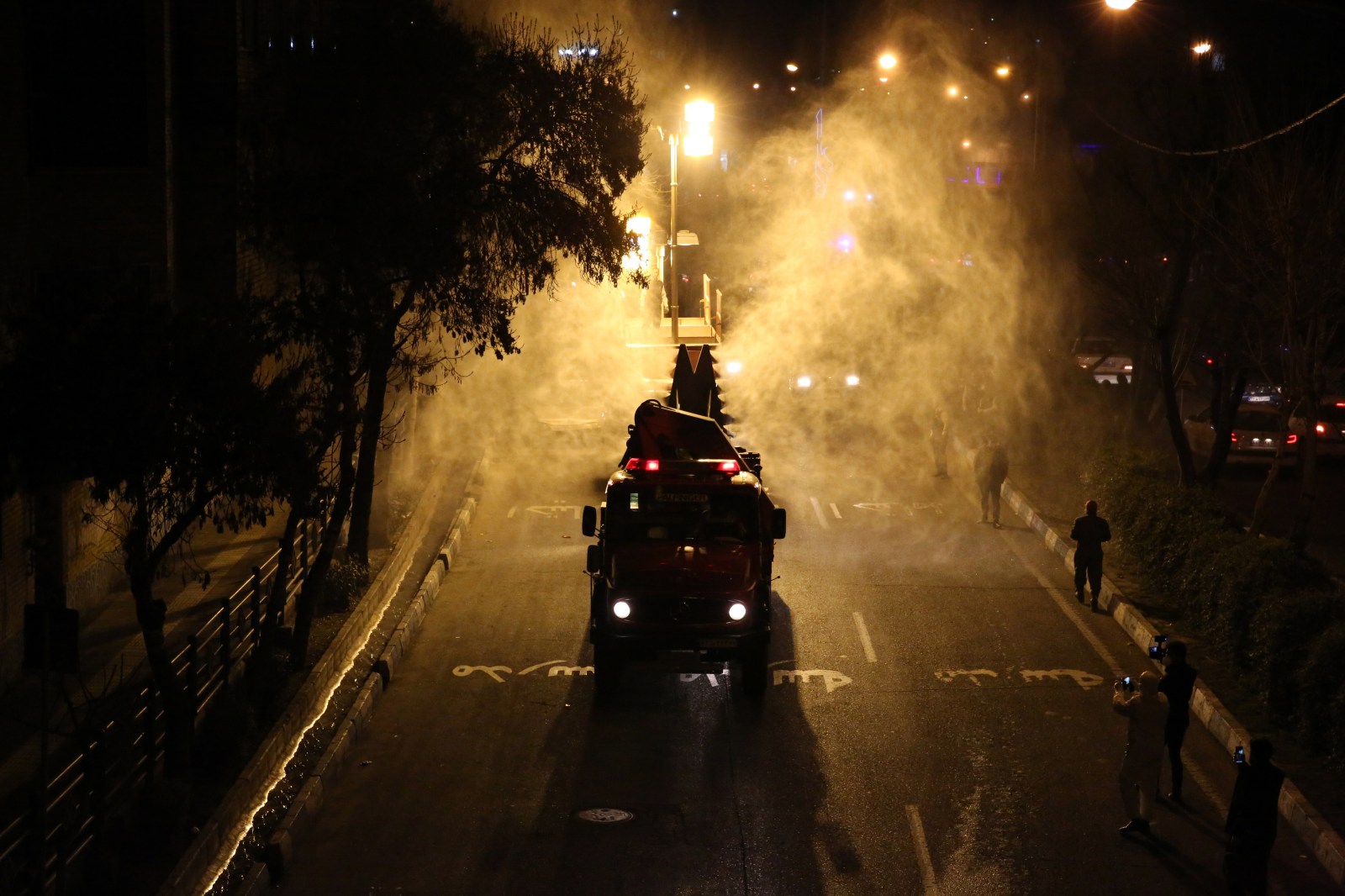 epa08284774 Iranian Firefighters disinfects streets in an effort to halt the spread of coronavirus in Tehran, Iran, early 11 March 2020. According the last report by the Ministry of Health, 8,042 people were diagnosed with the Covid-19 coronavirus and 291 people have died in Iran. EPA-EFE/ABEDIN TAHERKENAREH

GENEVA, March 10 (Reuters) - The U.N. Special Rapporteur on human rights in Iran said on Tuesday he had asked Iran to free all political prisoners temporarily from its overcrowded and disease-ridden jails to help stem the spread of coronavirus.

There have been more than 6,500 confirmed cases of coronavirus in Iran, making it the fourth most affected country after China, South Korea and Italy, World Health Organization data shows. There had been 194 deaths in Iran as of March 9.

Iran’s judiciary chief said on Monday authorities had temporarily freed about 70,000 prisoners to help limit the spread of coronavirus as officials reported hundreds of new infections and dozens more deaths across the country.

But U.N. rapporteur Javaid Rehman said only those serving sentences of less than five years had been freed while political prisoners and others charged with heavier sentences linked to their participation in protest marches remained in jail.

“A number of dual and foreign nationals are at real risk if they have not…got it (coronavirus), they are really fearful of the conditions,” Rehman told a press briefing in Geneva, asked about the fate of rights activists such as Narges Mohammadi.

“This is also my worrying concern and therefore I have recommended to the state of the Islamic Republic of Iran to release all prisoners on temporary release…,” he said.

A spokesman later clarified that Rehman was referring only to political prisoners and prisoners of conscience.

IRAN HAS DONE “TOO LITTLE, TOO LATE”

Before this week’s announced release, Iran said it had 189,500 prisoners, according to the report Rehman submitted to the Human Rights Council in January. They are believed to include hundreds arrested during or after anti-government protests in November.

“I am highly concerned that hundreds, if not thousands, of November protesters detained are currently experiencing hardship in overcrowded facilities,” he said, adding that prisoners should also be subject to comprehensive testing for coronavirus.

In a February report, Rehman described how overcrowded and unhygienic conditions were causing the spread of infectious diseases such as tuberculosis and hepatitis C. Quoting inmates, he said prisoners even had to provide their own soap.

Rehman said Iran’s efforts to contain coronavirus had been inadequate.

“In my estimation the state has done too little and too late,” he said. Asked to elaborate, he cited the decision last month to go ahead with a parliamentary election involving mass rallies in the holy city of Qom despite the emergence of cases.

“Across the country we have heard, and we have information, that little action was taken initially and as yet there is still inadequate action,” he said. (Reporting by Emma Farge Editing by Mark Heinrich)