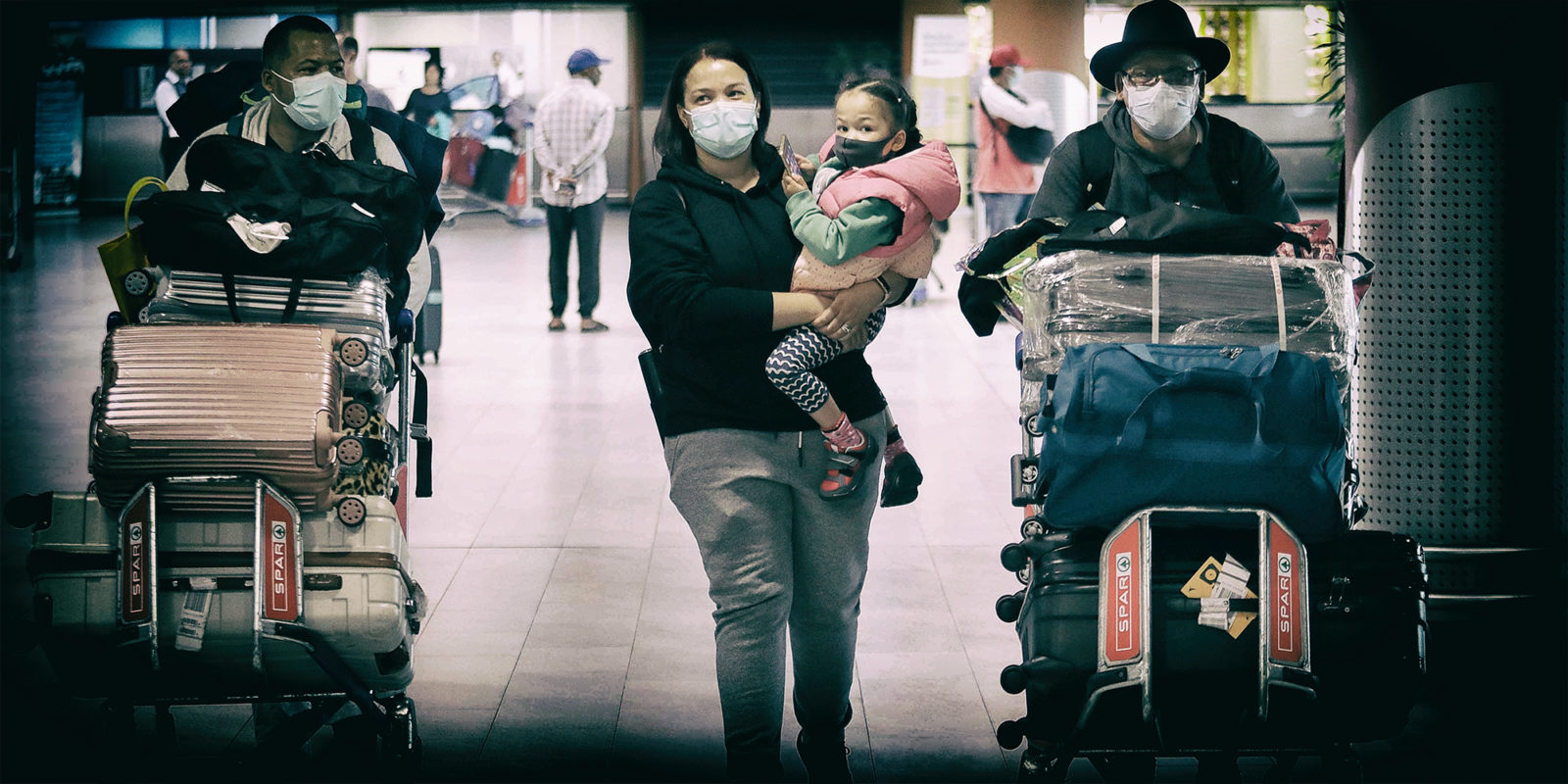 The Department of Health has confirmed that there are now seven cases of Covid-19 in South Africa. Tourism Minister Mmamoloko Kubayi-Ngubane says this does not bode well for the country’s travel and tourism industry.

Tourism Minister Mmamoloko Kubayi-Ngubane called an emergency meeting with the Tourism Leadership Forum on 9 March 2020 to discuss the repercussions that the virus will have on the tourism and travel sector and find ways to mitigate the impact.

“The outbreak of the coronavirus in December 2019 has already affected the tourism industry very negatively and this will continue until the world finds a way of containing this virus,” Kubayi-Ngubane said.

She added that researchers have predicted that the coronavirus could wipe out between $63-billion and $113-billion in worldwide airline revenues this year.

The UN World Tourism Organisation (UNWTO) on 6 March 2020 released a statement warning that it expects as much as a 3% decline in global tourism trade due to the outbreak. This translates into an estimated loss of up to $50-billion.

“Prior to the Covid-19 outbreak, UNWTO predicted a positive growth of 3% to 4% for this year,” the statement read.

“Undoubtedly, these losses are still going to increase,” Kubayi-Ngubane said. “Whatever happens… the virus will have a negative impact on the tourism sector, at least in the short to medium term.”

“The decline in arriving passengers is not only attributable to the global crisis on Covid-19,” Maloka added. “Our consolidated financial year-end analysis at the end of March will provide a detailed analysis of the contributing factors to the -3.15% decline.”

The CEO of the Association of Southern African Travel Agents (Asata), Otto de Vries, said that increasing numbers of customers were asking to change their travel dates or to go on cruises that do not travel to affected areas.

“I think that we’re operating with a bit of a crisis at the moment which is disproportionate to the actual problem,” De Vries said.

“What we’re seeing is people considering or reconsidering as to whether they should be travelling at all, regardless of where it is to.”

Funi Makhanya from Durban is a keen traveller and a big fan of MotoGP racing. So much so that every year she and her partner travel to one of the races, which were meant to begin this year on 8 March in Qatar.

“We hadn’t done the flight bookings yet, but each year we go to a different country for the race,” Makhanya told Daily Maverick. “But sadly, two races are already cancelled.”

The first races of 2020 were due to be held in Qatar on Sunday 8 March and then in Thailand on 22 March.

However, Qatar cancelled the race to be held there while Thailand has postponed the race due to the global outbreak of Covid-19.

“It’s so sad,” Makhanya said. “It’s so disappointing, but rather safe than sorry.”

Also having to change their plans due to the outbreak are Kgomotso Mathuloe and Jenni Jones Raath, from Gauteng, who had intended to embark on MSC cruises.

However, the cruises make stopovers in Italy, which, by Tuesday had more than 9,172 Covid-19 cases reported and 463 fatalities and is on a nationwide lockdown.

Seven confirmed cases in South Africa (six in KwaZulu-Natal and one in Gauteng) are all linked to a group of 10 people who toured Italy recently.

Mathuloe, with her husband and children, was booked for an MSC cruise departing from Marseille in September 2020. The cruise travels from France to Italy and then to Malta. She paid the deposit for the cruise and the family’s flights in October 2019.

“But my husband and I kept watching the news and seeing this thing spread,” Mathuloe said. “I cancelled the cruise last month [February] and forfeited the deposit. I have not cancelled the flight tickets as yet… I’m hoping I can still go to France in September.”

Jones Raath is uncertain about whether to cancel her trip. She booked an eastern Mediterranean cruise for the end of April 2020 to celebrate her 25th wedding anniversary.

Jones Raath and her husband were to cruise from Venice, Italy, and then to Greece. After that, they would return to Italy, where they planned to stay another night.

“If they find a vaccine I would still go. I am personally waiting for MSC to actually cancel… that way I can be refunded,” Raath said. “I really don’t know if I see myself being on a cruise with a mask on.”

South African Tourism’s CEO, Sisa Ntshona, said the global impact that the virus has had on the industry is significant, especially looking at arrivals between China and South Africa.

He said that China was the largest source market in the world in terms of travellers. Chinese travellers have been discouraged from travelling around the world, which is slowing down global travel numbers.

“We have seen that with flights between Beijing, China, and Johannesburg reduced from three times a week to about twice a week.”

Ntshona added that because “China is the world’s factory” the epidemic would affect trade too.

“They [China] produce goods and services that are consumed by the world, and in South Africa we give China a lot of raw material, fruit and veg, mineral resources,” Ntshona told Daily Maverick. “So you can imagine now we no longer have an outlet for all of our raw materials going to China. And we are in a recession as a country, so you can imagine the ripple effect that is going to have.”

The increase in coronavirus cases in Europe and North America has resulted in several major events or conferences being cancelled or postponed.

One of them is the world’s largest tourism trade show, ITB, scheduled to have been held on 4 to 8 March, which was expected to attract more than 130,000 people to Berlin.

And after the Swiss government on 28 February banned gatherings of 1,000 or more people, the 2020 Geneva Motor Show was also cancelled.

Africa Podfest postponed the podcast festival which was due to be held in Nairobi, Kenya, on 9 March.

“So we’re starting to now see large global events being affected by this as well,” De Vries said.

This is already evident in some companies such as Standard Bank and Absa which have opted to cancel international business travels, and have instituted a restricted travel ban to reduce the risk to the health of their staff.

“Only critical travel is allowed, and only if approved by a group executive member, and after consulting our medical team,” said an Absa spokesperson.

Standard Bank spokesperson Ross Lindstrom told Daily Maverick that “in order to reduce risk to our staff and our communities, we have taken the decision to suspend all cross-border travel on Standard Bank Group business until further notice.

“Only very limited exceptions to this rule will be permitted. This has been a difficult decision, and we are aware of the impact it will have. However, we are confident that this is the right decision in light of this global health threat.”

“Our international numbers will decrease as they have in other countries,” Ntshona said. “What we are going to find is that a lot of accommodation is also going to be available as a result [of cancellations and changing plans].”

SafariBookings.com, a Dutch online marketplace for African safari tours, has conducted a survey of more than 300 safari tour operators to determine the impact that fears of the coronavirus were having on the safari industry.

According to the survey, 86% of operators had experienced a “significant decline” in bookings.

“Compared to other years, I would say the effect is over 75% [decrease in bookings],” one of the operators told SafariBookings. “We usually have a lot of clients and bookings in January, February and March and this year it’s totally different.”

And on Thursday 5 March, the National Institute for Communicable Diseases (NCID) confirmed South Africa’s first case of the virus. Since then the Department of Health, as well as the NCID, has confirmed six more cases.

Professor Cheryl Cohen from the NICD told the media on 29 January 2020 that the virus is zoonotic (spread from animals to humans).

Kubayi-Ngubane told media that the department and government do not currently have the resources to offset the damage that the economy will suffer because of this crisis. DM