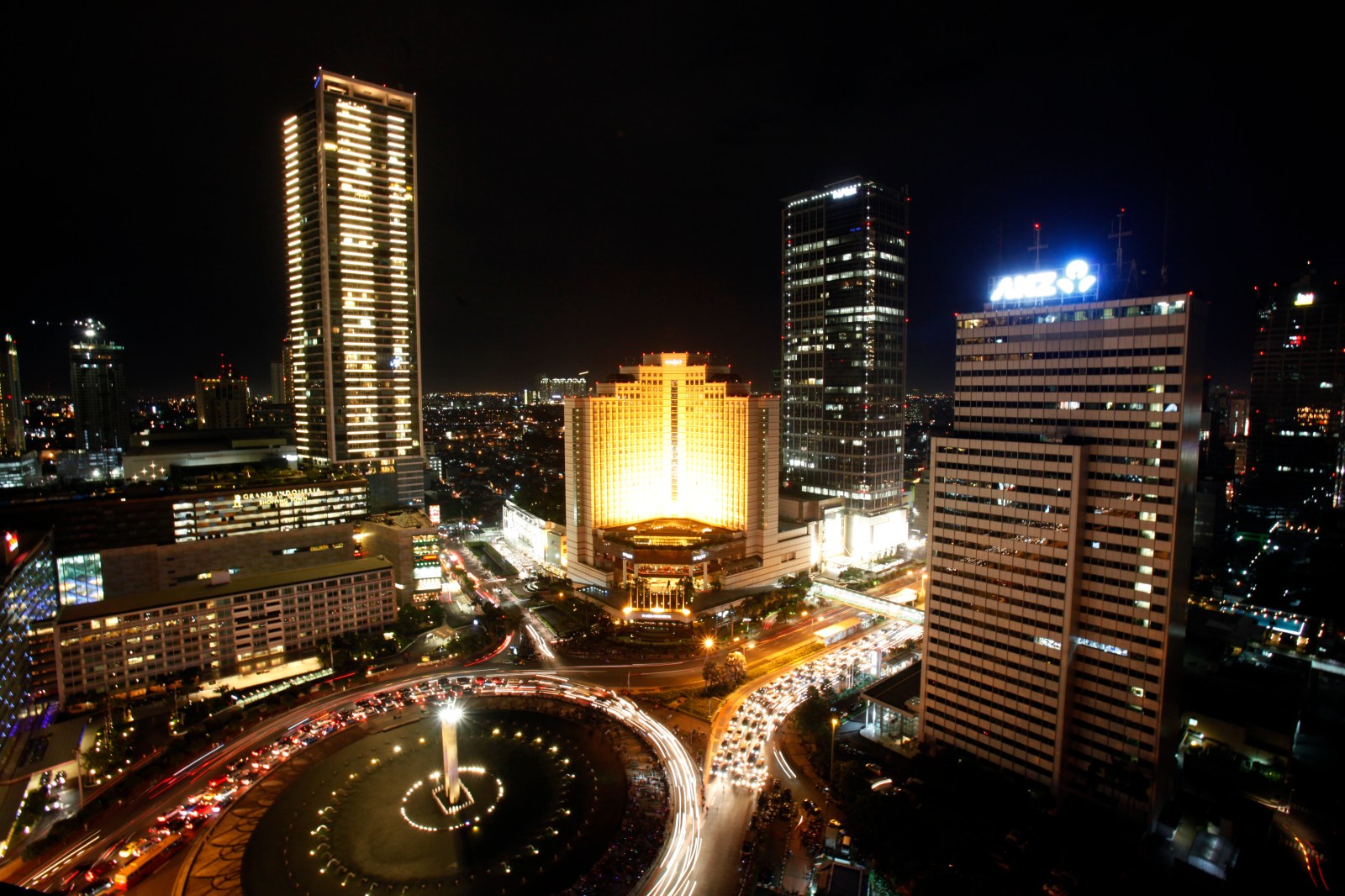 epa02654719 An aerial view of Jakarta's landmark welcome statue fountain and surrounding buildings before the Earth Hour 2011, in Jakarta, Indonesia, 26 March 2011.. The Earth Hour event was designed to take a stand against climate change, which has been considered the 'greatest threat' the planet has ever faced, and uses the simple action of turning off lights for an hour to deliver a powerful message on the need for climate change solutions. EPA/MAST IRHAM

The world’s fourth-most-populous country unveiled in August plans to build a $34 billion “smart and green” new capital on the forested island of Borneo to replace the crowded, polluted megacity of Jakarta, which is slowly sinking into the sea. According to the head of the Indonesia’s investment board (BKPM), the government is evaluating how to make the unnamed new capital its candidate city for the 2032 Olympics. It had already submitted a bid for Jakarta, and it is not clear whether the new plan would include any events there.

BKPM chief Bahlil Lahadalia told Reuters that the tentative plan had been presented to some investors.

Two people with knowledge of the matter told Reuters that top Indonesian officials had raised SoftBank’s possible backing of the Olympics plan with Son in Jakarta in late February. The people spoke on condition of anonymity as they are not authorised to speak to the media.

Son met with Widodo and Blair about the new capital on Feb. 28, and the discussion included sports facilities but not the Olympics, according to a presidential spokesman, who did not answer further questions.

According to the sources, Son is open to the Olympics proposal, which would see SoftBank provide assistance to the Games and SoftBank-backed Southeast Asian ride-hailing firm Grab act as a “mobility partner.”

Lahadalia told Reuters he was not aware of specific discussions with Son. Representatives for SoftBank and Grab declined to comment.

The International Olympic Committee (IOC) will select a host city by 2025.

Son told reporters in January he hopes to invest more in Indonesia, with current commitments including a $2 billion investment in Grab, Southeast Asia’s biggest ride-hailing firm, last July. A separate source told Reuters that while Son was still assessing plans for the new capital, an investment announcement was likely to come in April and involve Grab.

Grab CEO Anthony Tan wrote on LinkedIn last week that he “was super stoked to have joined the (Feb. 28th) discussions on Indonesia’s new capital city” and was eager to work with SoftBank “to develop critical infrastructure for the new capital city.”

The Olympic Games, which place a heavy financial burden on host cities, face a challenging year as the coronavirus outbreak raises the prospect that the 2020 Tokyo Games could be cancelled or postponed – something the IOC and Japan say won’t happen. (Reporting by Fanny Potkin and Maikel Jefriando in Jakarta. Additional reporting by Sam Nussey in Tokyo. Editing by Jonathan Weber, Ed Davies and Gerry Doyle)