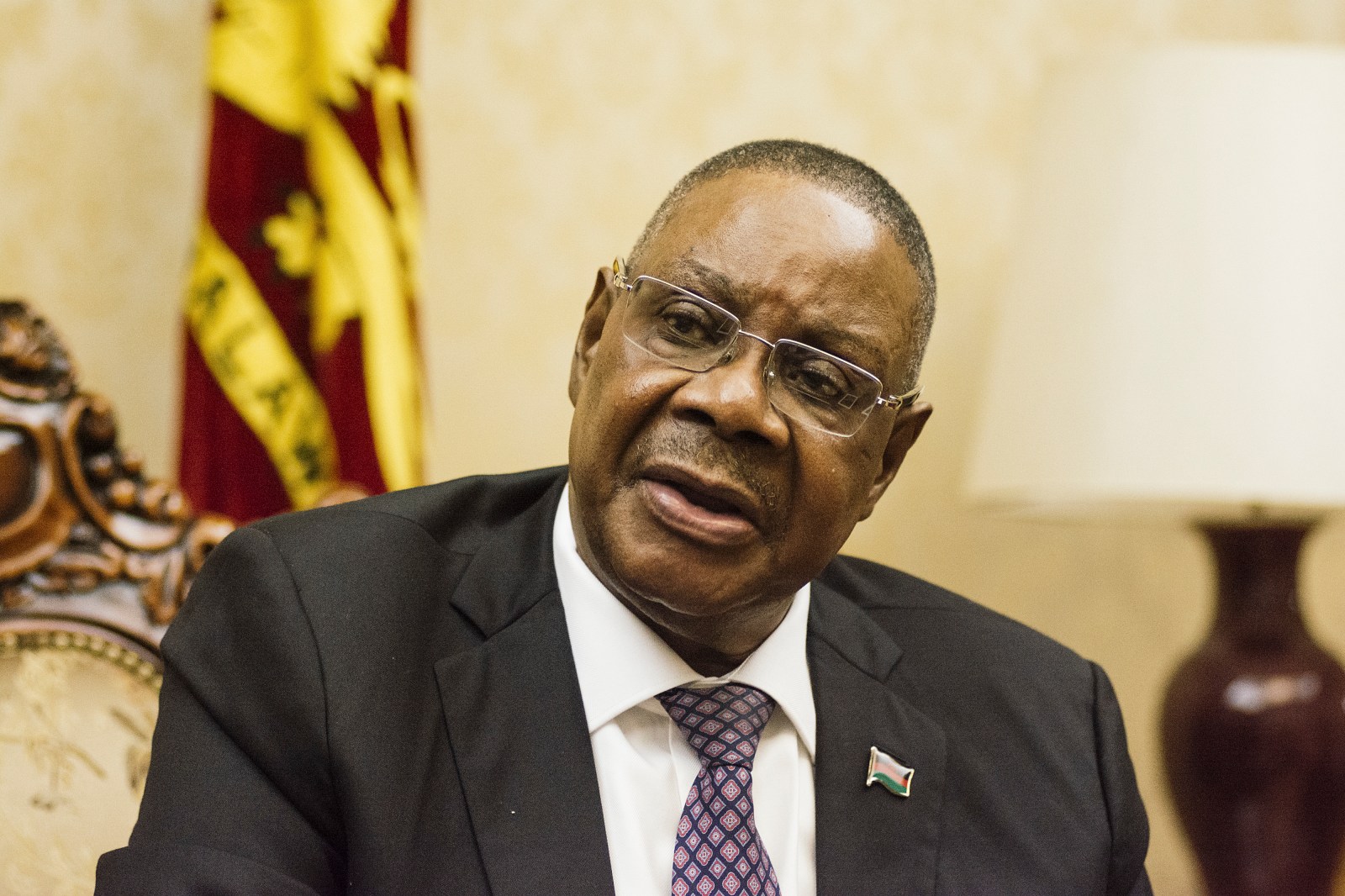 Peter Mutharika, Malawi's president, speaks during an interview at the presidential palace in June 2018. (Photo: Waldo Swiegers/Bloomberg via Getty Images)

Hot on the heels of the decision of the Malawian Constitutional Court to nullify the May 2019 Presidential election, it seems that President Mutharika is now openly instigating a crackdown on those civil society leaders who were at the forefront of protests and legal action to challenge his election.

“On 10 March Timothy Mtambo handed himself over to the police and has been detained. He appeared in court in Lilongwe yesterday. Activists are concerned about his health after he has developed a rash and muscle pains since his imprisonment. They are monitoring it closely and trying to ensure he has medical attention. Meanwhile Mutharika has ratcheted up his attacks in a speech yesterday where he attacked Amnesty International regional director Deprose Munchena by name. Maverick Citizen continues to monitor the situation closely.”

In the last 24 hours activists and lawyers have managed to visit arrested HRDC leaders Gift Trapence and Macdonald Sembereka in prison. They are reported to be in good health. This morning (10 March) after an application brought on behalf of the HRDC leaders, the High Court in Malawi ordered that the Malawi police “immediately return” HRDC leaders Trapence and Sembereka to Lilongwe, where they were originally arrested, and that their case be dealt with by the Lilongwe court. They also ordered that Timothy Mtambo, for whom a warrant has been arrested and who is still considered “on the run”, may not be transferred to Blantyre or any city other than Lilongwe “after he surrenders himself.” Human rights activists in Malawi and internationally continue to monitor the case closely.

On Sunday two leaders of the Human Rights Defenders Coalition, Gift Trapence and MacDonald Sembereka were arrested. In the words of one activist “the President today declared war against HRDC in Malawi.”

Since the Constitutional Court judgment in February 2020, tensions in Malawi have increased as government prevaricates on what to do about the judgment and the discredited head of the Electoral Commission, Jane Ansah, resists calls to step down. As a result the Human Rights Defenders Coalition (HRDC), and others, were planning a “citizen’s electoral justice march” to the State House on 25 March.

However, it seems President Peter Mutharika has decided his patience with freedom of speech and political assembly is over. On Sunday he called the HRDC a “terrorist network” and earlier on the same day at a political rally of the ruling Democratic Progressive Party (DPP), Secretary General, Grizedar Jeffrey, was filmed warning Timothy Mtambo (another leader of HRDC who survived an assasination attempt last year): “We want to warn you. Enough is enough. A female witch is more dangerous than a male wizard. When a female witch wants to deal with you, she will simply kill you.”

Although Mtambo has not yet been arrested, a statement issued on Monday morning by the Office of the Inspector General of the Malawi Police ominously describes him as “on the run”. It also claims that the three are being arrested for statements they made at a press conference on 6 March: “By inciting people to seal the State Residences on 25th March 2020, the three committed an offence under section 124 of the Penal Code”, it says. The statement promises that “the nation will be continuously updated on any development”.

In this charged context, on Sunday night the Southern African Human Rights Defenders Network (SAHRDN), based in Johannesburg, issued a statment expressing “reasonable apprehension and fear” for the lives of Trapence and Sembereka, pointing out that anything is possible to be done against them while they are detained, including torture, inhuman and other degrading treatment as well as poisoning.”

The SAHRDN points to the inexplicable presence in Malawi of Isareli security operatives “in the country at the invitation of State House officials”.

At 11.53pm on Sunday night the HRDC also issued a statement, signed by its national co-ordinator and four regional chairperson, in which they said:

“Knowing the unprofessional history of especially the Malawi police services and their obsequious knee-bending to power against their own mandate as a public institution created to protect and serve all who reside in Malawi, it is not lost on us that our illegally detained colleagues and comrades could be tortured, brutalised and even worse, permanently silenced.”

“Attempts on HRDC leadership’s and members’ lives have been numerous over the past several months due to the important and critical work we help lead in order to better our society and country: from electoral justice, to demonstrations against the rape and abuse of women by the same police, to advocacy against the abductions and murders of people with albinism, and a slew of other governance issues such as anti-corruption activism and the routine abuse of public money and resources.”

The statement calls the regime “monsters” who have been exposed and that “violence is the last resort of a coward”.

Sembereka and Trapence were arrested in Lilongwe but have been moved to Blantyre. At the time of writing they had not yet been charged. However, SAHRDN also expressed fear that in the light of Mutharika’s statements they fear they may be charged with treason. It calls for solidarity across the region, including from South Africa, and for people to condemn the detentions. MC