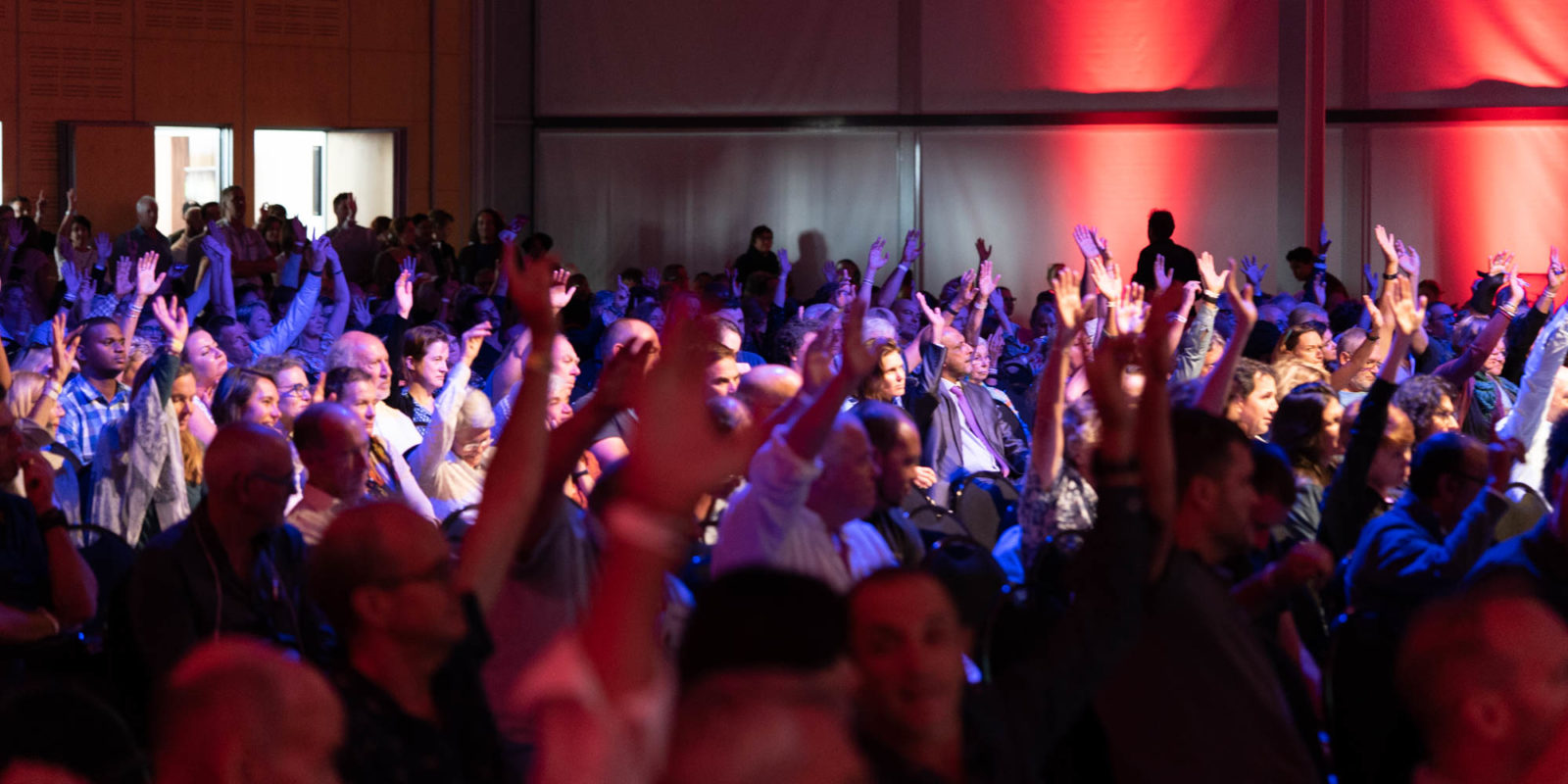 There is a common narrative in South Africa that renewables are imported, sponsored by foreign capital, have a white face and are bad. Coal and nuclear, on the other hand, are locally sourced or produced, have a black face and are good. The narrative is emotive, racially-based and does not promote healthy dialogue. A proponent from either side came together to discuss this issue and look at energy options for South Africa.

It is a well-known fact that South Africa is the most coal-dependent industrialised economy in the world, one that ranks in the top 20 in the world for CO2 emissions, hardly a score to be proud of.

Even worse, says Professor Mark Swilling, professor of sustainable development at Stellenbosch University’s School of Public Leadership, is that as far as readiness to convert to a low carbon economy is concerned, South Africa is woefully underprepared. “Only Haiti is less prepared,” he told a packed auditorium at Daily Maverick’s annual think fest, The Gathering.

This should change. According to South Africa’s Integrated Resource Plan, published late in 2019, the country is slated to embark on one of the most significant power decommissioning programmes in the world.

“We need to face the fact by 2041 all of SA’s coal-fired power stations need to be decommissioned, bar Medupi and Kusile,” he said.

What then will replace this coal-fired power?

While the IRP contains a provision for two new coal-fired power stations, it is highly unlikely that anyone will invest in these projects, says Swilling. “So, the alternative is nuclear and renewables.”

“I would rather avoid the religious debate which asks do you ‘believe’ in nuclear. What matters is the cost,” he said. “The price of renewables has dropped by 90% since the first round to 60c per kilowatt-hour and some people are talking as low as 35c per kwh. On the other hand, coal is 130c p kw/h, and a recent report puts nuclear between 170c and 290c p kwh.”

ANC policy supports a mix of energy sources, but in particular, is supportive of the lowest cost solution, he said. “If we want to be part of the energy transition we need the most reliable and cheapest energy. When you follow the money, it’s renewables.”

For Adil Nchabeleng, president of Transform RSA, the reality is not that simple. “The new democracy inherited incredible infrastructure which is now dilapidated. In SA we inherited coal, and in the 1960s, when the US began to experiment with nuclear SA as their partner, we produced their fuel, which was an engineering feat. That is the historical context. South Africa has fantastic reserves of coal and an incredible minerals complex that propelled the growth in SA in the apartheid era. The crisis of load shedding is as a result of neglect and poor management of the energy resources that we have, but that needs to be restored.

“Where the debate gets misled is that 87% of our energy is still dependent on coal. Moving off that in haste means that our electricity grid will collapse overnight,” he said. “We also inherited a resource that is cheap – the cost of coal generation is 33c on our power plants.”

Further, in a debate about atoms vs photons, we need to look at what produces the most energy, he adds.

“Nuclear, regardless of what anyone might say, is a renewable energy source, and it is the cleanest by far – more so than solar or wind. And by 2050 it will comprise over 50% of global energy sources, and that is a fact.”

South Africa’s IRP is premised on variable energy resources in order that we have sufficient energy available at all times, he added.

Yet there is no determination for nuclear in the IRP, until well after 2030, noted moderator Chris Yelland, an energy expert and the head of EE Publications. “It is clear that the plan is dominated by renewable energy, both self-generation and utility sales. Nuclear is zero and coal is minus 9,500MW.”

One could argue that the nuclear industry has not done itself any favours, Yelland said. It has attracted strange bedfellows and travellers in the form of former president Jacob Zuma, former minister of Mineral Resources Mosebenzi Zwane, Des van Rooyen, Lynn Brown, Brian Molefe, Matshela Koko, Anil Singh, Ben Ngubane and former Eskom CEO Sean Maritz. Are these the kinds of people that do the sector any good?

“I would add [Russian firm] Rosathom to that list,” said Swilling, drily. “The fightback campaign of the ANC, those supportive of radical economic transformation, is tied to the pro-nuclear movement.”

On the other hand, the renewables sector in South Africa, which was one of the fastest-growing in the world, saw over R200-billion invested, with no incidents of corruption.

“I started SAEF [the South African Energy Forum] to advance the debate, but I do not run it and am not involved in the day to day administration,” said Nchabeleng.

“But the whole nuclear debate has become obsessed with links to particular individuals and the last administration is being blamed for introducing the nuclear debate. But nuclear began in Madiba’s time. He was the champion of Koeberg. Successive administrations have continued it. We should have continued with PBMR, we have lost this technology to the Chinese. While we have been bickering about nuclear, they are moving ahead. We should not still be debating these issues,” Nchabeleng said, with some frustration.

“Energy is energy. If we had invested in a 10MW nuclear power station 25 years ago, this economy would be powering ahead, growing at 2% or 3% or 4%, South Africa would have transformed, and would have regional security and energy sovereignty. But the foresight was not there.”

Instead, he argued, the country invested over R200-billion in foreign renewable technology that was not produced in South Africa and did not create localised industry. “We could have 3% economic growth if that money had stayed in SA. Instead we offshored it all.”

The debate grew warm. “Factually those claims are false,” said Swilling. “It’s true we could have done better. But we stopped building in 2014. If we start ramping up towards 3GW or 5 GW per year, it would lead to a R500-billion investment. Just imagine the upstream industrialisation that will trigger, it could create 200,000 jobs.”

But South Africa cannot rely on renewables, said Nchabaleng. “We have to strengthen our baseload capacity and we need to build new power plants, whether it is nuclear or gas does not matter. With nuclear the advantage is that it is sponsored, the Russians will build it – we will share the revenue. If President Cyril Ramaphosa had agreed to this he would have met his investment targets – this is the kind of thinking we need. Energy is energy – you can call it dirty or clean – it all comes from materials that are dirty at the end of the day. We want a distributed energy resource that can be utilised to get South Africa growing.”

Modelling exercises conducted by the CSIR, Eskom and others suggest otherwise, however. “We do not need coal and nuclear for baseload,” said Swilling. “This is a myth that is invoked by those who want to continue to invest in coal.”

And on the subject of myths…

Fifty-two percent of SA’s renewable industry is owned by South Africans, 32% of which are black South Africans; South Africa has built a local industry around renewables, and most importantly, Swilling said, “the Russians don’t give you R1-trillion for nothing. Our finance ministers would not sign the guarantee that the Russians needed, which would give them control of the SA economy.”

Putting race-based arguments aside, which pit the nuclear and coal industry against the renewable industry, the energy debate can be crystallised into two discussion points, said Yelland.

Either you buy into the premise that renewable energy plus flexible generation (gas and battery storage) can provide South Africa with stable, reliable power. This is the new world of energy and is the route that most of the rest of the world is following.

If you do, that is the least cost option.

If you do not buy into this – if you believe we need baseload power, then you need to look at other solutions that are more expensive. They will cost more, emit more, will use more water and create fewer jobs. Simple? Not really. DM