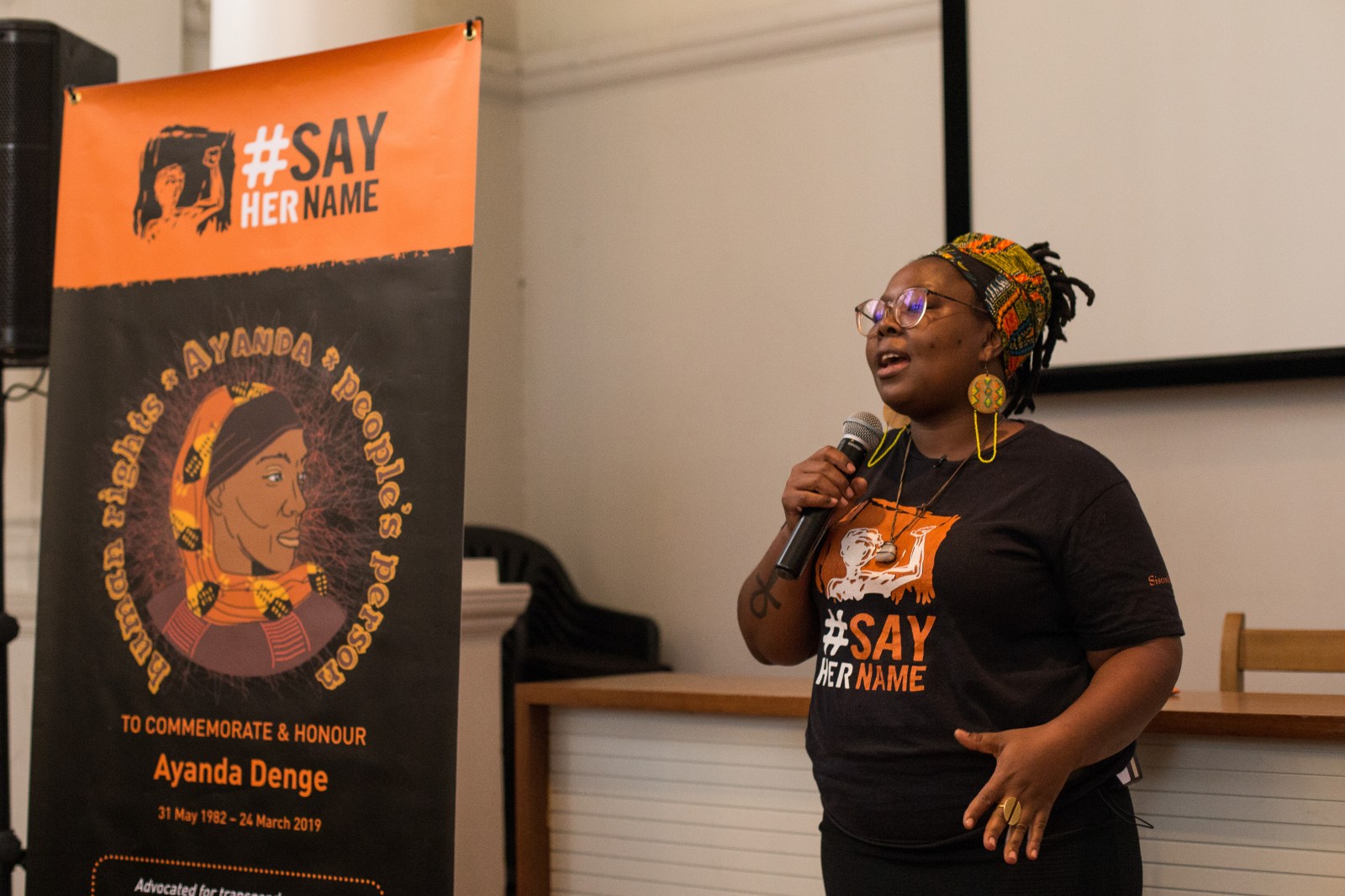 A hundred and one female sex workers, some of whom were trans women, died in the 2018/19 year according to Female and Transomxn Sex Worker Deaths in South Africa report. Nosipho Vidima of SWEAT was one of the writers of the report. Photo: Ashraf Hendricks

A hundred and one female sex workers, some of them trans women, died in the 2018/19 year. Half of them were murdered, says SWEAT report.

A hundred and one female sex workers, some of whom were transwomen, died in 2018/19, half of them murdered, says a report released on Thursday.

“Our analysis found that almost 45% of known causes of deaths in our study were attributed to murder. The methods included poisoning, multiple gunshot wounds, stabbing, strangulation, and being pushed out of a moving car,” said the report.

“Sex work is work. We cannot have work that does not have labour rights,” said Sixolile Ngcobo of The Commission for Gender Equality and a keynote speaker of the event.

Ngcobo said sex work should not be criminalised because this makes women vulnerable and encourages human trafficking. Sex work in South Africa is illegal for both the buyer and seller.

She said that she has never heard sex workers say that they don’t want to be regulated or taxed. She said that a framework on how it will be regulated needs to be produced, similar to what has been done with farmworkers, teachers and lawyers.

The report was launched as part of the #SayHerName campaign. Launched in 2016, the campaign was created to protect the rights of sex workers, to celebrate and empower them.

In March 2019, sex worker, activist and the former acting chairperson of SWEAT Ayanda Denge was murdered inside the Helen Bowden Nurses’ Home occupation.

The report said perpetrators of the violence included clients, intimate (non-commercial) partners and the general public. Law enforcement officers posed a particular threat to sex workers as they are able to enforce unlawful arrests, use excessive force during arrests, and extort sex workers with the threat of arrest. There is also a chance of rape and abuse while in custody. It is unlikely that sex workers will report cases of such abuse and violence against them.

A 2013 study found that about half of women sex workers in both Johannesburg and Cape Town had experienced physical assault at least once within a 12 month period.

“Of the abuse reported to the Women’s Legal Centre by sex workers, over 60% of cases were from police as perpetrators,” said the report.

Ngcobo said that the police sometimes count how many condoms a person has with them and based on that would decide if you should be arrested. She has done “gender sensitive training“ with high ranking officials and what she found is that “once they see a sex worker, they see someone very vulnerable, someone who is free for any violation because there is no protection”.

The report seeks to mainstream sex workers deaths and sex worker violence “into the general gender-based violence and femicide dialogue”, said Nosipho Vidima of SWEAT. The report also contains a number of names and profiles of sex workers that have died.

“It’s very important to have a name. And have a story. And a background when you’re talking about femicide which is lacking in the movement in general,” said Vidima.

In 2017, however, the South African Law Reform Commission (SALRC) released a report recommending full or partial criminalisation of sex work. “Prostitution in South Africa can also be viewed as an aspect of male violence against women and children. South Africa is grappling with high levels of violence against women, with sexual assault and intimate partner violence contributing to increased risks for HIV infection. Changing the legislative framework could create an extremely dangerous cultural shift juxtaposed against the high numbers of sexual crimes already committed against women. Women would be considered even more expendable than at present,” argued the report. DM