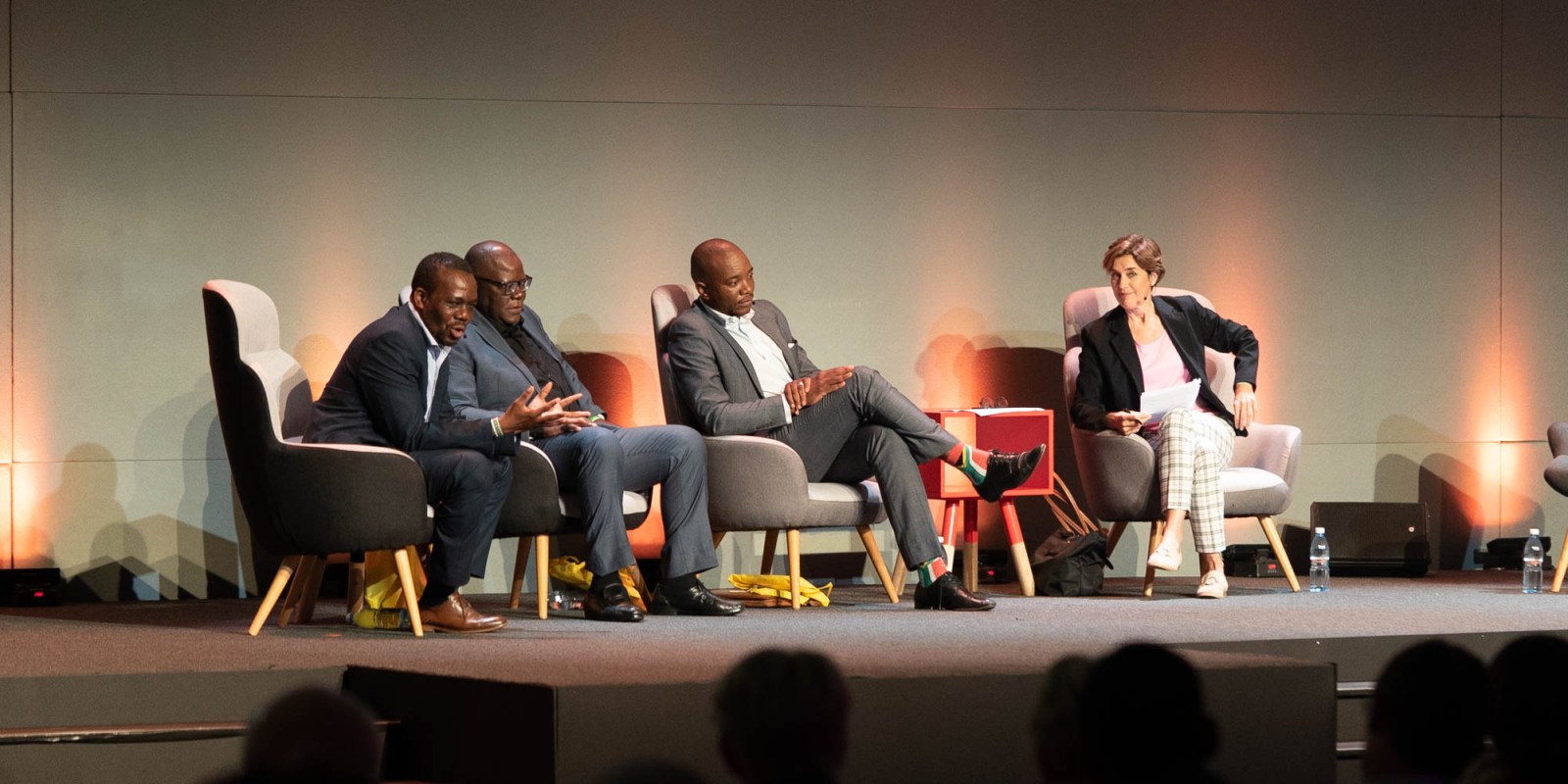 Daily Maverick’s The Gathering heard on Friday that liberation movements in Africa have a tendency to dominate state institutions and act like they have an inherent right to power. The answer to the problem is independent institutions, quality education and strong opposition parties.

Liberation parties across the continent often act with a culture of entitlement, and would rather sacrifice development and stability than hand over power, former Zimbabwean finance minister and Movement for Democratic Change (MDC) member Tendai Biti said on Friday, 6 March.

Biti was talking at Daily Maverick’s The Gathering in Cape Town alongside former DA leader Mmusi Maimane and Zitto Kabwe, the leader of Tanzanian opposition party Alliance for Change and Transparency.

“Speaking as an African, speaking as a Zimbabwean, there is no substitute for democracy,” said Biti.

He said many African countries had suffered at the hands of liberation movements, which although they helped achieve independence, undermined democracy as they acted as though they had an inherent right to rule.

Biti, who served as Zimbabwean finance minister while the MDC was in a power-sharing government with Zanu-PF, said democracies should be judged on more than just elections. He said countries need to develop functional and inclusive economies, support constitutionalism and the rule of law, promote education and develop strong, and independent institutions.

Kabwe said he’d seen firsthand under Tanzanian President John Magufuli how institutions of democracy can be eroded in just a few short years.

“You might ignore the importance of institutions if problems haven’t happened to your country,” he said.

“There is no such thing as a benign dictatorship. Dictatorship is a dictatorship,” Biti said when asked if democracy wasn’t the best option for some states.

Maimane said state organisations need to be capacitated to be loyal to citizens and not the party in government. He called for electoral reform in South Africa so citizens can directly elect their public representatives and hold them directly accountable through a constituency-based system.

Maimane’s recently-formed One South Africa Movement is supporting the current Constitutional Court challenge seeking to declare the Electoral Act unconstitutional and in breach of the right for every citizen to stand for public office.

“The only way you build democracy is with democrats,” said Maimane.

Kabwe said citizens need to be educated “that being in opposition is not being against the country, but providing a credible alternative”.

“I think it’s so important now for the political class in South Africa to be able to stand up against the parties that supported the liberation struggle,” he said.

“It is so hard to have an ANC politician go and speak to another party that’s been in the liberation movement because of comradeship and the like,” he added, calling on South African leaders to support the people rather than the parties that supported them in the struggle for democracy.

Maimane criticised South Africa’s failure to promote democracy across the continent. He said observers from South Africa and the African Union failed to uphold democracy in the May 2019 Malawian elections.

While many foreign observers approved of the elections, the country’s Constitutional Court in February 2020 annulled the results that saw Peter Mutharika being reelected.

Biti noted South Africa’s challenges, but said: “As South Africans, you often underplay what you actually have and you need to preserve (those gains).”

“The thing about social media is it turns every citizen literally into a journalist,” he said. DM