4IR in Africa: The reality, opportunities, and risks 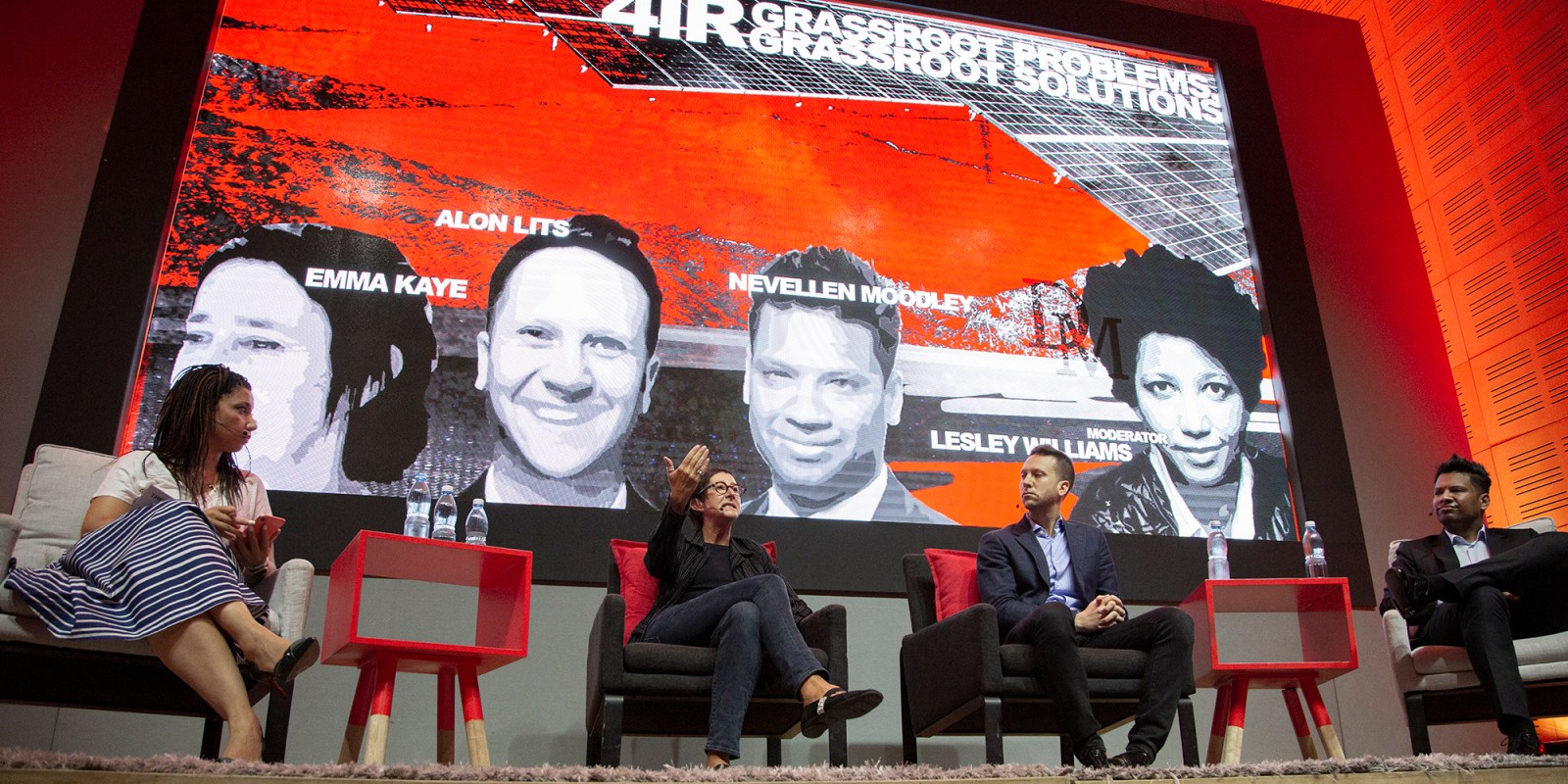 Africa is battling to contextualise the Fourth Industrial Revolution (4IR). The burning question is, can 4IR be applied to solve Africa’s problems?

If Africa is to catch up with the rest of the developed world in terms of understanding and unpacking the Fourth Industrial Revolution (4IR), it needs to start with defining it the “African way”.

This was a common thread in 4IR panel discussions at Daily Maverick’s The Gathering, at the Cape Town International Convention Centre on Friday.

Nevellan Moodley, a financial services partner at BDO, said it is about understanding African problems and framing them with African technologies.

An example of a major development project would be investing in Facebook’s Libra cryptocurrency, a move that Moodley called “risky”.

“That is a huge risk from a fiscus perspective in South Africa, purely because a global provider could possibly end up banking South Africans, which has a lot of economic impacts downstream,” Moodley said.

Digital entrepreneur and former executive director of the Cape Digital Foundation, Emma Kaye, warned that careful consideration needs to be given as to how 4IR is translated to the South African reality.

Although smart cities have become a major talking point in government, Kaye raised a concern that the concept of smart townships has not yet been mooted.

“If we don’t make our townships smart, the bulk of our growing population is not going to be part of any Fourth Industrial Revolution. I suggest that we look at grassroots as being our growing urban population, and we be a bit more vigilant about what the fourth industrialisation actually means to those people.”

For Alon Lits, general manager of Uber Sub-Saharan Africa, 4IR is more about skills than technology. The focus should be on equipping people with the right skills, he said.

“The world is going to change at a rate we haven’t seen before. People are going to have to deal with uncertainty and change in a way that they haven’t had to previously, and Coronavirus is a good example,” Lits said.

“Our pyramid is completely the opposite. We have a massive amount of youth coming through, we have far more people than what we have opportunities at the moment. The youth is the opportunity for Africa. We need to use the technologies to solve our African problems,” he said.

Karen Allen, a BBC foreign correspondent based in Nairobi and Johannesburg, warned the audience that as much as 4IR can provide Africa with the opportunity to unlock its potential, cybersecurity remains a concern.

“I would caution against rushing headlong into 4IR as a solution to all our problems. We need to be aware of the vulnerabilities and we do have vulnerabilities here in South Africa,” she said.

Allen said that the protection of data should be a priority in government policies and regulations.

“[There will be] instances of data theft… as we embrace a system where there is going to be more data swirling around. We need to find smart ways of being able to protect that data, but we also need to be able to accommodate those people who won’t want to be known and not be part of that data set,” she said. DM