Platform policies: The growth of indecent work in SA 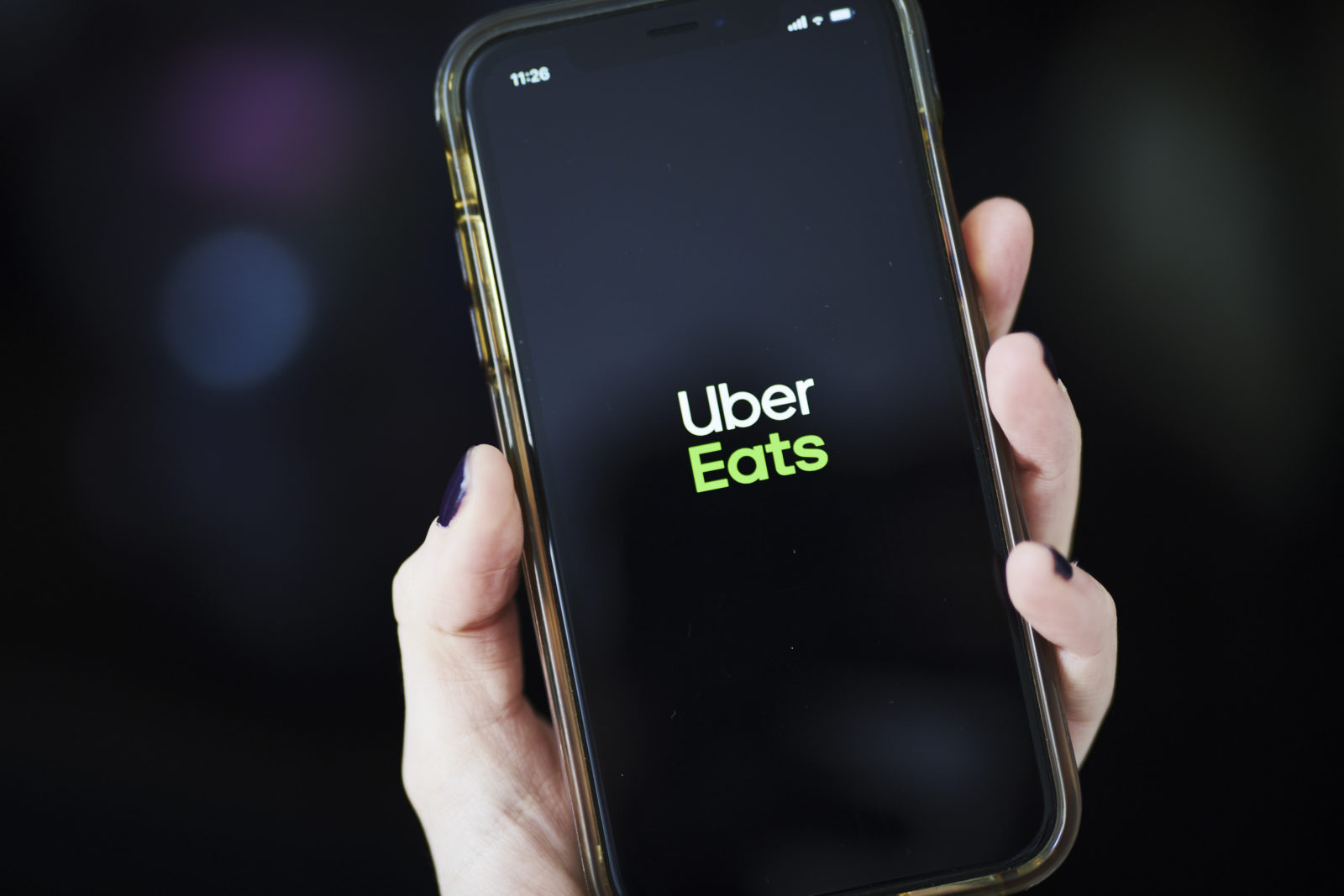 Platforms have been able to avoid obligations under labour regulations by classifying platform workers as independent contractors and not employees. This can lead to workers being deprived of protection under labour laws.

The internet has revolutionised the way work is found and performed today. This has fostered the increasing growth of what is now known as platform work. A major feature of this form of work is its use of digital platforms to provide various services and products to consumers/users. Digital platform work cuts across various sectors.  Examples of sectors where platform work is prevalent in South Africa includes transportation (Uber), food delivery (UberEATS), accommodation (Airbnb) and domestic work (SweepSouth), among others.

While it is difficult to measure how many workers are performing platform work in South Africa, either part-time or full-time, available evidence suggests that the number is significant and is certainly increasing. Within the South African context, the increase in platform work is facilitated by high levels of unemployment alongside high levels of internet connectivity.

Although there are clear benefits to the use of platforms in terms of how it allows people to connect with services/products conveniently and find work; there are also regulatory issues that have risen from the  advent of digital platforms. These issues range from the protection of consumer rights, how taxes should be levied, competition law, compliance with local regulations and labour regulations.

Platforms have been able to avoid obligations under labour regulations by classifying platform workers as independent contractors as opposed to employees. The implication of this classification is that workers are deprived of protection under labour laws. In South Africa (as in many other jurisdictions), the employment relationship is the basic means to trigger the application of labour laws. This is done with reference to the definition of an employee in relevant labour regulations.

Section 213 of the Labour Relations Act 66 of 1995 defines an employee as excluding an independent contractor. Similar definitions are given in the Basic Conditions of Employment Act 75 of 1997 and the Employment Equity Act 55 of 1998. This means that workers who enter into work arrangements as independent contractors are not covered under South African labour laws. This gives firms/businesses leeway to put a legal distance between themselves and labour laws simply by styling agreements with workers as commercial rather than employment relationships.

This is a general strategy used by platforms to avoid obligations under labour laws. The terms of agreements between platforms and platform workers used to make this status designation are in practice imposed by platforms. The implication is that platforms avoid paying employee benefits, providing social protection, prevent workers from engaging in collective bargaining and in particular, platforms can terminate the agreements at will. All of this facilitates indecent work, a situation that disproportionately affects black South Africans and women.

As the platform economy has continued to expand, growing concern over the nature and quality of platform work has  given rise to various attempts to promote decent work for platform workers.

Legal discourse and effort have been mainly focused on protecting platform workers by proving that they fall within the definition of an employee which is the gateway to be within the scope of labour laws. While this is clearly important, there is an urgent need to move beyond this. This is because platforms (businesses generally) are constantly adjusting their business models to avoid labour law obligations.

For example, recently, in response to the California Assembly Bill No. 5 Uber amended its operations to allow drivers in California to see the trip information ahead of accepting a ride request. This is to ensure that the platform can continue to classify its drivers as independent contractors. Furthermore, it has the potential of leaving behind workers who will still not fit into the “employee” model.

Creating rights for all “workers” rather than just formal employees will have far-reaching impact on the rights of platform workers. Hence, beyond the discussion around the  mis(classification) of platform workers, there is a need to develop principles which would foster a fairer platform economy.

While there are different pathways to achieve this, the Fairwork project provides an innovative approach to promote decent work in the platform economy. The project is keen on designing legal standards which are appropriate for workers in the platform economy regardless of the formal definition of  “employee” or “independent contractor” ascribed to them. This is based on the view that platform workers are entitled to fair work irrespective of their legal classification.

Based on years of research and multi-stakeholders engagements, this project has developed five broad principles to facilitate a fairer platform economy. In addition, the project uses a ranking system and scores which are publicly available as a way of incentivising platforms to improve. These principles which align broadly with the International Labour Organisation’s (ILO) decent work agenda are highlighted below.

Fair pay. For this principle, irrespective of any legal classification, platform workers must be paid at least the minimum wage as provided under the National Minimum Wage Act of 2018 after the deduction of work-related costs. This is to ensure that workers are not faced with insufficient and insecure income.

Fair contracts are the key to ensuring that workers have access to transparent and concise terms and conditions of work. In addition, these contracts must truly reflect the nature of the work relationship between the parties. If the workers are truly independent contractors, the terms of the contract must be free of clauses which unreasonably exclude liability on the part of platforms.

Fair conditions require platforms to ensure there are safe working conditions and potential harm against workers is actively minimised. Also, platforms must take proactive measures to protect and promote the health and safety of workers.

Fair management involves the provision of a defined process of communication between platforms and workers. This also entails the existence of a policy that guarantees that there will be no form of discrimination against workers, particularly women.

Finally, the unique features of platform work make collective organisation and bargaining challenging. However, without these, the interests of workers cannot be articulated. Thus, fair representation is based on there being a documented process through which the voice of the worker can be expressed. Furthermore, platforms must cooperate with a publicly recognised collective of workers to represent and bargain for the interests of platform workers.

The challenge however, is translating these principles to enforceable legal standards. There are some practical steps that must be pursued to facilitate fairer platform work. First, poor governance – inappropriate regulations and ineffective implementation of policies and laws – is generally acknowledged as one of the major obstacles to the achievement of decent work for all categories of workers. Therefore, to achieve a fairer platform work, the government must show and exercise political will to regulate platform work.

Secondly, workers, platforms and the government must be brought together to the table and engage with each other in good faith to set forth ways to translate the above Fairwork principles into enforceable legal standards. Also, existing trade unions must be involved in this process. Finally, the labour courts, have a role to play in enforcing these standards. However, this will remain impossible as long as only “employees” are covered by the law.

Ideally, platform work could be one of the means out of poverty for many South Africans. However, this can only be the case if its quality is sufficient and includes adequate earnings, access to comprehensive social protection with decent working conditions.

Without the above Fairwork principles in place, the prospect of building an inclusive, fair labour market, already challenged by the prevalence of other non-standard forms of work, will be set back all the more. Implementation of these principles and their conversion into binding legal standards are essential if the positive potential embodied in new digital technologies are to contribute positively to the socio-economic development of South Africans. MC

Maverick Citizen aims to foster informed debate on economic and social issues with human rights implications. In February we published an article by Mark Schoeman titled The Conundrum of Regulating Digital Business. This article develops and responds to some of the issues flagged by Schoeman. Readers are also referred to Why You Should Start Talking to Your Uber Driver by Kelle Howson