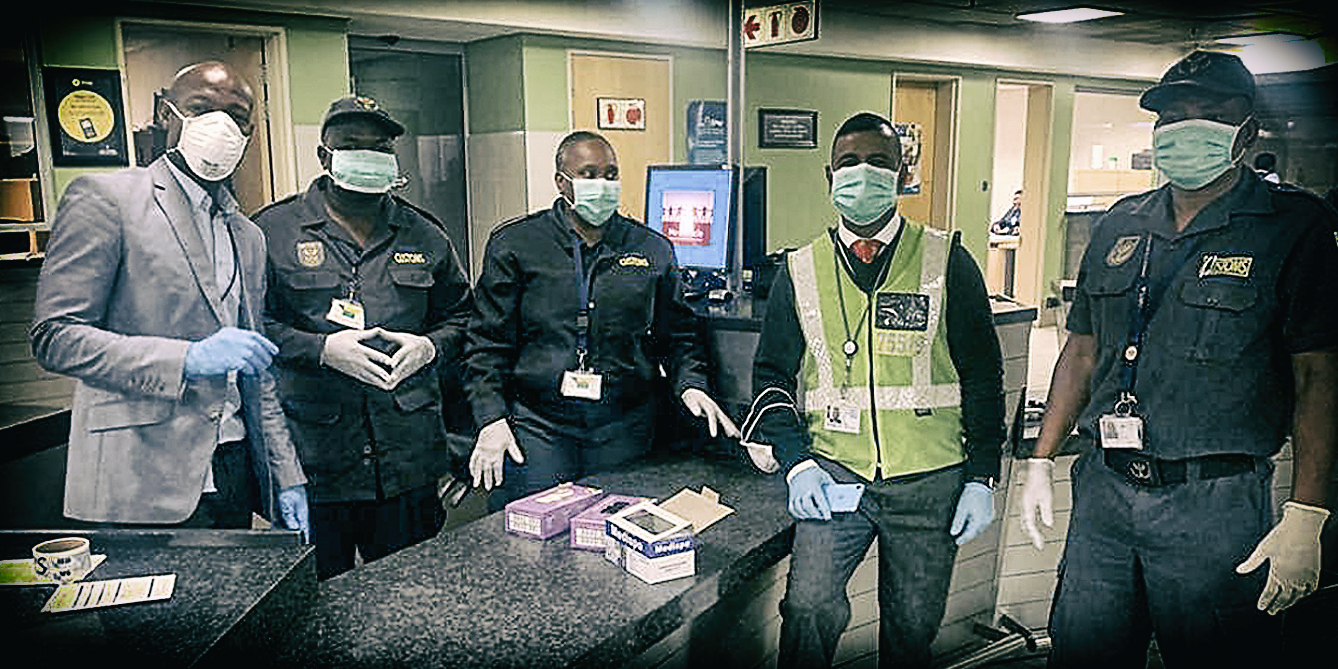 A 38-year-old man from KwaZulu-Natal has become the first person in South Africa to test positive for Covid-19.

As Health Minister Dr Zweli Mkhize came under fire in Parliament today during a debate on South Africa’s readiness for a Covid-19 outbreak, experts welcomed the government’s response to the country’s first confirmed case of Covid-19.

It has since been established that on his return from Italy the man landed at OR Tambo airport in Johannesburg and then flew home to KwaZulu-Natal. More than 2,500 cases of Covid-19 and 79 deaths had been reported in Italy as of yesterday.

Mkhize said that the National Institute for Communicable Diseases (NICD) confirmed on Thursday morning that the man had tested positive for Covid-19.

“The patient is a 38-year-old male who travelled to Italy with his wife. They were part of a group of 10 people and they arrived back in South Africa on March 1, 2020,” Mkhize said.

According to the health minister, the man did not show symptoms until days after his return, which as we understand it is why he was not identified when screened at the airport.

Mkhize said the patient consulted a private general practitioner on March 3 (two days after his return), with symptoms of fever, headache, malaise, a sore throat and a cough. The practice’s nurse then took swabs and delivered them to the lab.

The patient has been self-isolating since March 3, presumably at his home.

Mkhize said the Emergency Operating Centre (EOC) had identified the man’s contacts by interviewing the patient and doctor. These contacts are likely to include the man’s wife, his two children, the 10 people who travelled with them, and others the man had close contact with. At a press conference on Thursday afternoon it emerged that these contacts will also be asked to self-isolate.

“The tracer team has been deployed to KwaZulu-Natal with epidemiologists and clinicians from NICD. The doctor has been self-isolated as well.”

The case spurred concerns among some over the effectiveness of screening processes for Covid-19, such as those being implemented at South Africa’s airports. While screening at airports involves taking people’s temperature, it does not involve taking samples from all travellers and testing those samples for Covid-19 – something that would be time-consuming, expensive and would probably make international travel untenable.

According to Tim Tucker, adjunct associate professor at the University of Cape Town School of Public Health and Family Medicine, there will never be a “foolproof screening technique”.

“However, we do know that many or most people with active Covid-19 have a fever. So, detecting those with a raised temperature is a good start but will have inherent problems,” he said.

“Taking a person’s temperature is a screening tool, not a perfect diagnostic test,” he said.

“We cannot test every person who comes through our border posts for Covid-19 nor should we. Thus, more simple screening processes are required.”

According to Professor Shaheen Mehtar, an infection prevention and control (IPC) specialist at the University of Stellenbosch, there is always the chance that isolated cases will slip through.

Mehtar told Spotlight that fighting an epidemic is always a team effort that includes the public.

“We see that high resource settings are in the grips of an epidemic – not because they are not doing what we are, but because it is winter in the northern hemisphere. I think Minister Mkhize did exactly the right thing to let everyone know so that individuals can take appropriate action,” she said.

“One may take paracetamol [sometimes used to treat fever] not out of bad faith but to cope with flying, or still be incubating and thus will not be ill yet. All that is well known and that is well realised, is that screening only goes that far,” he said.

Preiser also said self-isolation in the case where someone is ill with the infectious disease but not severely enough to warrant hospitalisation, is international best practice.

“This seems to be applied in the case of the infected traveller who returned from Italy. It is very wise as it lessens the burden on the hospital system which is under stress anyway,” he said.

According to Professor Cheryl Cohen of the NICD’s centre for respiratory diseases and meningitis, people who feel sick should self-quarantine and if they are concerned that they may be infected, should call ahead of presenting at a medical facility.

Earlier today, opposition MPs called for a comprehensive public information campaign that is becoming crucial in light of the first confirmed Covid-19 case.

During the debate, EFF MP Naledi Chirwa said testing for Covid-19 ought to be extended beyond “elite spaces”.

“The department cannot claim to be ready when the only testing ports we have are at airports,” said Chirwa.

“The majority of our people use alternative modes of transport and our country’s borders don’t start at and end at OR Tambo International Airport – more so because the Coronavirus is not contained by imaginary borders.”

DA MP Siviwe Gwarube asked Mkhize to appraise MPs on the measures that his department is taking to screen, test and possibly isolate and treat cases, particularly at every airport, harbour or border post.

“We no longer can afford to target certain strategic areas,” she said.

On Wednesday, a day before Mkhize announced South Africa’s first confirmed Covid-19 case, Chirwa asked him and departmental officials in Parliament what measures they have in place in addition to screening for fever at ports of entry.

The acting director-general in the National Department of Health, Dr Anban Pillay, explained to MPs that screening is not always easy. He said the department was working with officials at airports and port health to ensure measures are in place. There are isolation areas at airports, he said, and officials from Home Affairs and customs are given protective gear.

Pillay said the WHO guidelines show that screening for temperature is the best measure because anybody who is infected will manifest a temperature – at least within two days, even if the person is asymptomatic with no excessive mucus or a cough.

“So a temperature is the earliest indicator.”

Pillay told MPs it is often difficult to do other tests.

“The best way to diagnose is with a pharyngeal [the area behind the nose and throat] swab, and getting a sample the first time is not easy. When people are in quarantine they can go through serial swabs to make sure that if you missed it the first time, you’ll still get it because sometimes the organism doesn’t sit in the pharynx, but it doesn’t mean he’s not infected. It may be in the cells and hasn’t replicated for whatever reason.”

Pillay said South Africa has complied with all the guidelines on the WHO checklist on measures to take and in that respect South Africa is ready.

Should you feel sick after traveling from countries with coronavirus do not go to a health facility or your general practitioner. To avoid spreading the disease call the NICD hotline number 080 002 9999 . You will get advice on what to do. MC

THIS IS AN UPDATE OF THE EARLIER SPOTLIGHT PIECE