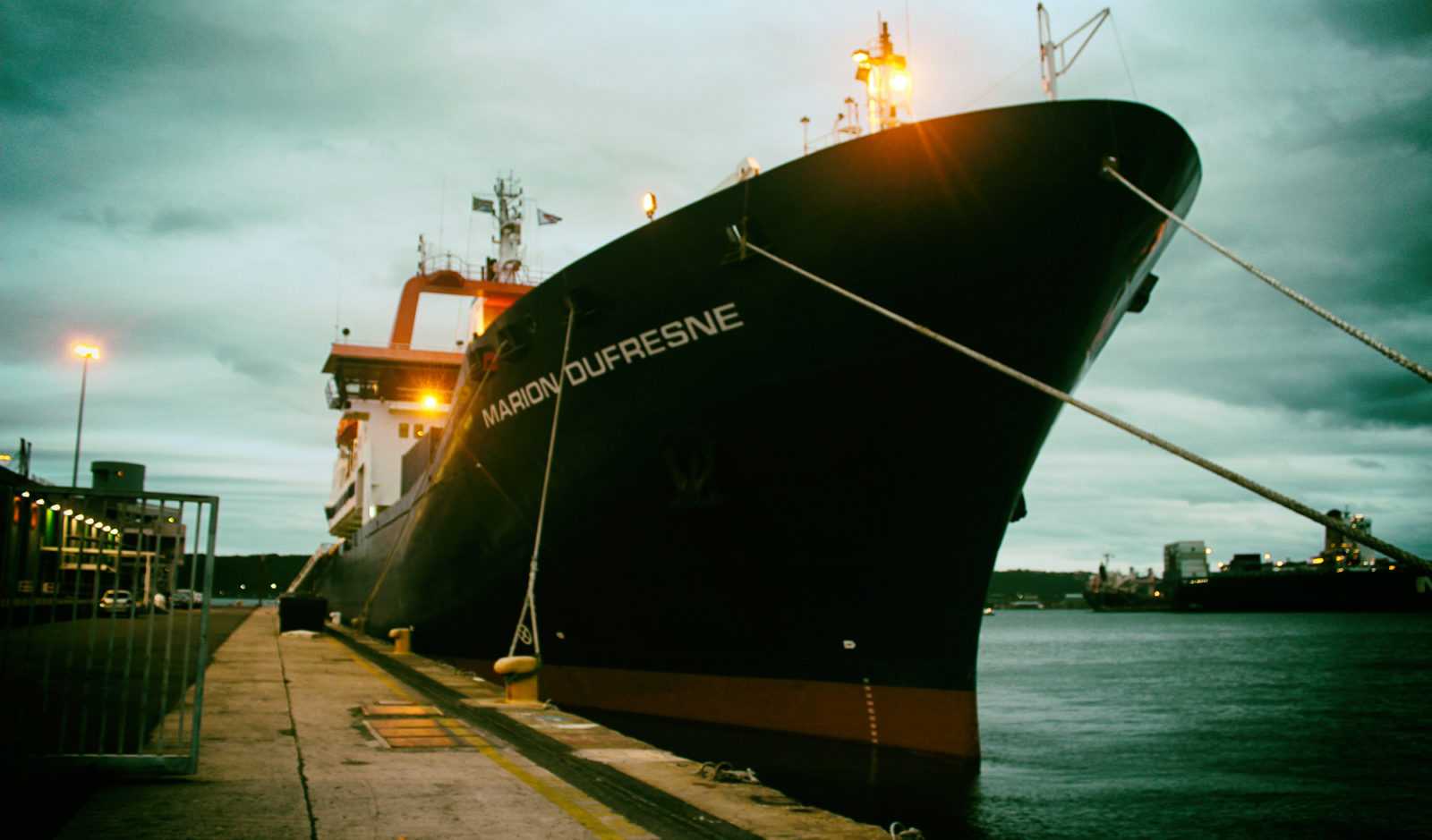 The world is often viewed as a large, inanimate sphere. But when French paleoceanographer Natalia Vázquez Riveiros talks about the Earth – and the sea in particular – she conjures up images of a dynamic, living entity with its own bloodstream.

It is well past midnight and icy cold in one of the most remote sections of the Seven Seas.

But there is a sense of excitement as a group of shivering, wind-blown scientists huddle on deck, preparing to retrieve a giant “spear” that has been flung down more than 4,000m into the depths of the Southern Ocean to gather new data on the global climate crisis.

Aidan Starr, an oceanographer at Cardiff University, is one of several scientists waiting patiently on the deck of the French marine research vessel, the Marion Dufresne.

To ensure an even spread of tasks during the ship’s 24-hour working cycle, this French-led team of 28 international scientists has been split into three daily shifts during the ACCLIMATE 2 ocean expedition, which left Durban in early February 2020.

Starr has pulled the graveyard shift (midnight to 4am, followed by an eight-hour rest period), and is wrapped in several layers of thermal clothing and rain gear to ward off the bitterly cold weather in the Furious Fifties (strong wind conditions prevalent closer to the South Pole, 50-60 degrees south), roughly halfway between the southern tip of Africa and the northern section of Antarctica.

Now he waits for the “spear” to be retrieved via cable, so that the researchers can start to dissect, sift and analyse some of the secrets that are being hauled to the surface.

This spear is, in fact, the tip of a seven-ton core-sampling device: A hollow metal tube that could be likened to a giant hypodermic needle.

But instead of collecting blood from a patient, this massive needle is used to extract marine sediments that were deposited on the ocean floor anywhere between 300,000 and a million years ago.

By analysing the chemistry of these sediments – including tiny marine organisms known as foraminifera – the scientists are able to travel back in time and retrieve data from a buried archive of the Earth’s early and more recent history.

“It looks just like a carbon copy of the ice-core samples,” he says, referring to the remarkable similarity between the temperature simulations derived from ancient ice-core samples collected in Greenland in the late 1990s and those gathered more recently during the ACCLIMATE 2 expedition.

How do you go about correlating temperature data from ice core samples with marine sediment samples?

By examining the darker and lighter layers in the sediment – and other chemical signatures – scientists are able to simulate temperatures stretching back to periods when large parts of the Earth were alternatively hotter or colder.

Interviewed in Durban on 1 March 2020 at the end of the three-week voyage, expedition chief Natalia Vázquez Riveiros said she believed the eight core samples brought to the surface would help to shed light on critical data gaps on climate change and ocean circulation.

This is largely because – compared to the North Atlantic and other oceans – very few sediment samples have been collected previously from this remote, southern section of the world.

“You don’t just wake up one morning and say: ‘Okay, let’s go and collect some samples from the Southern Seas today’. There is a lot of preparation and co-ordination for a trip like this, which involved several institutions and researchers from 11 nations.”

For example, large parts of the ocean bed are largely barren rock, she said, so it is critical to identify areas of the sea-bed that are most likely to contain rich sedimentary deposits.

But even when the vessel reaches the pre-arranged sampling sites, it is still necessary to investigate each site further using 3D sonar devices to scan the ocean floor before lowering the “spear”.

For many people, the world is often viewed as a large, inanimate sphere. But when Riveiros speaks about the Earth – and the sea in particular – she conjures up images of a dynamic, living entity with its own bloodstream.

Landlubbers often forget that the sea covers more than 70% of the Earth’s surface area, she notes. But beneath all that water, there is a lot going on.

Deep below the surface, there is constant motion in the ocean in the form of powerful currents which form a global ocean conveyor belt, driven by temperature and salinity.

As a result, the massive bodies of water transported by currents such as the Agulhas and the Gulf Stream have an enormous impact on the climate of the Earth, and this is why Riveiros and other scientists believe it is vital to gather as much information as possible to help policymakers to plan and respond to the crisis of human-driven climate change.

Now that the core samples have been collected, Riveiros and her colleagues have a wealth of new data that could help to understand the climate crisis – as well as many other mysteries about human evolution and the complex forces that continue to shape the history of the Earth. DM

The global waste of valuable and toxic electronic equipment – report

Reusables are just as safe: The Covid-19 pandemic is accelerating single-use plastic pollution

White rhino monopoly capitalism? 28% of SA’s private rhino owners are ‘getting out’ of the species