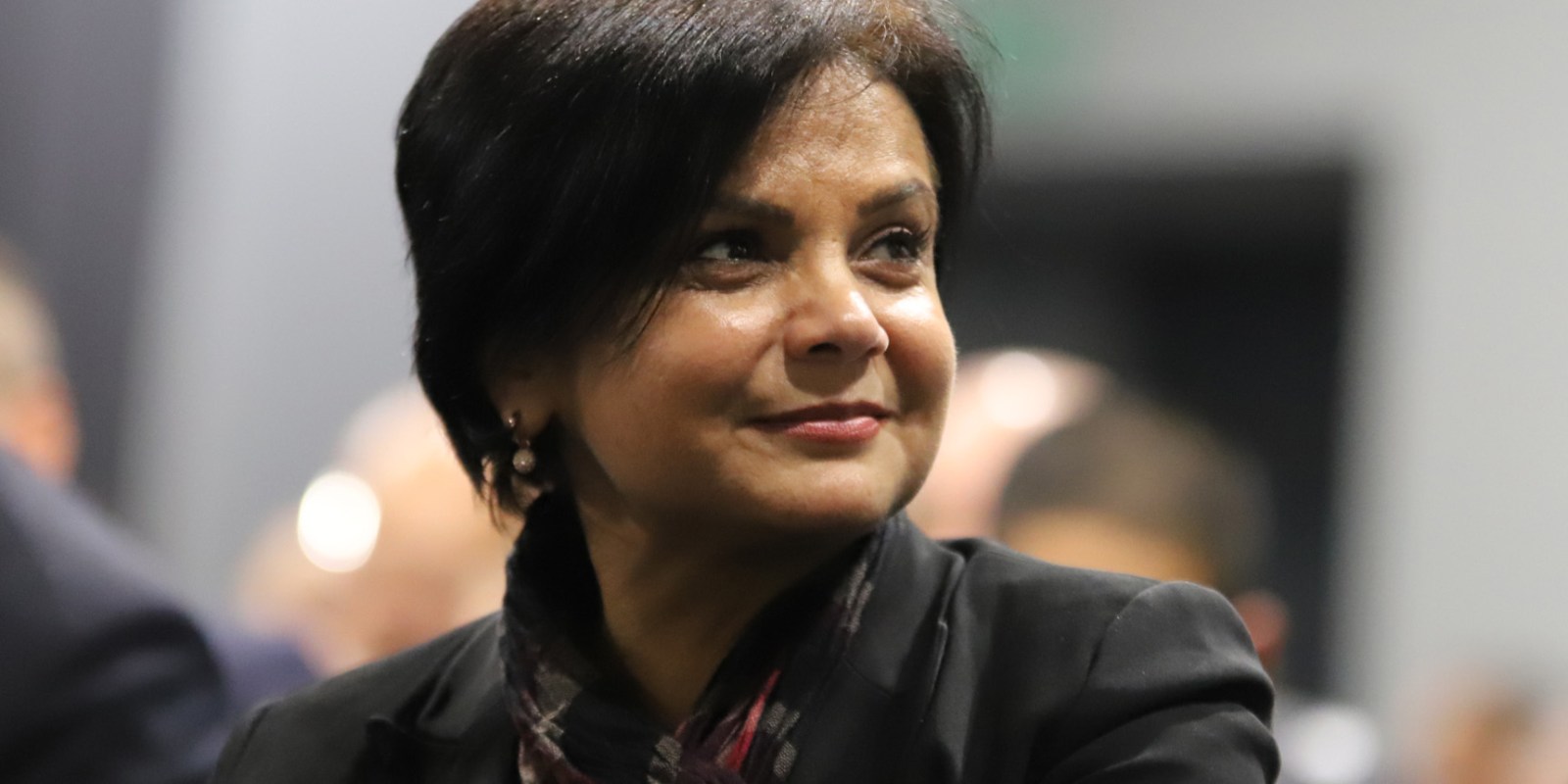 The damage wrought on South Africa’s public administration by State Capture runs deep. On Tuesday proceedings before two parliamentary committees showed just that – but also what can happen when the capture is eliminated.

The National Prosecuting Authority (NPA) under advocate Shamila Batohi, who emerged as its boss in December 2018 following an unprecedented public round of job interviews, keeps coming up as a poster child of what is possible.

Parliament’s co-operative governance committee was told 21 cases of municipal malfeasance and corruption related to various Special Investigation Unit (SIU) probes are now before court, with another 25 under investigation. A total of 18 other court cases have been finalised. That’s 64 cases, involving 145 individuals — a far cry from the nine cases the NPA had on its books in late 2019, after several years.

A total of 86 cases related to municipal graft involving some R1.4-billion, but not all related to SIU investigations, are being dealt with by the NPA.

A professional new leadership, not just at the top level, a couple of additional billion rands over the past year for the special State Capture investigating unit, but also for the young prosecutors’ programme to attract fresh talent, and the prosecuting services are ditching the stasis and politicisation of the State Capture years.

Public Works tried to hide that Director-General Sam Vukela was mixed up in malfeasance at three state and official funerals when the department and minister appeared before Parliament’s spending watchdog, the Standing Committee on Public Accounts (Scopa).

Not only was Vukela’s name redacted from the PricewaterhouseCoopers (PwC) report on the funeral irregularities handed to MPs, he was not named when Scopa specifically asked who had been implicated in this independent report.

Four mid-level officials were named, including one who was also present at Tuesday’s Scopa meeting, as was discovered when the attendance register was checked.

“We are not going to allow you to play footsie with the DG (director-general) and allow you to protect each other… This is why it’s hard for names to come out. In every instance, the DGs name is crossed out… This kind of dishonesty makes me sick to the pit of my stomach.”

DA MP Alf Lees, who had pushed for the names implicated in the funeral malfeasance, shook his head in disbelief at the Public Works senior officials’ meandos.

“Initially you told us the legal team told the department to delay disciplinary proceedings until March (2020)… Now it looks different,” he said, also asking for the legal adviser’s name and a report explaining that legal advice.

It got no less ugly when Public Works Deputy Director Imtiaz Fazel insisted the unredacted report had been sent straight to the committee.

“I won’t allow my staff to have access to anything against the DG. The unadulterated report is emailed to committee. The DG is my supervisor, I must deal with him with due sensitivity…”

It was the perfect example of the tap dance that is public service protocol and deference instilled by fear of power (mis)exercised by pulling rank.

Hlengwa immediately dismissed the contention that an unredacted report had been sent to Scopa, saying the committee did not receive an unedited version of the PwC report into malfeasance at the state and official funerals of struggle icon Winnie Madikizela Mandela, former minister turned ambassador Zola Skweyiya and ambassador Billy Modise. This was later confirmed by Daily Maverick with another MP.

Coincidentally, Fazel also was contradicted by his minister for insisting he had written her a note because he thought she should answer the director-general. Minister Patricia de Lille said she had raised this in notes swopped with her chief financial officer.

Meanwhile, the director-general denied any wrongdoing or underhandedness. He said he didn’t know the documents his junior had sent to the committee. And he didn’t know he had been named in the report.

“I agree with you, by the way, when we are asked to give names we should do so. I am not aware I am implicated in anything, I must be honest with you,” Vukela told Scopa. “This matter was initiated by me. This investigation. This report, I have not received it. I have also not been implicated in connection with matters of the past…”

ANC MP Nokuzola Tolashe argued for Scopa to pull in others.

“With all your creativity with what you (De Lille) are sitting here, you are not going to get far anywhere. The president with the Speaker must fast-track this… so the taxpayer can see we are not just eating and having tea.”

De Lille asked MPs for a week to draft a complete timeline from the PwC report, including who did what. But there was not much-promised action on the DG front.

“Unfortunately our DG is also implicated in this report… But DGs are treated differently. As the minister, I can’t act against a director-general. I must refer the matter to the presidency, which is what I have done.”

And now for the bad.

Vukela had been appointed Public Works DG on 8 December 2017, according to an official departmental statement, two days after then-president Jacob Zuma’s Cabinet approved this selection.

The public works minister at the time was former police minister Nkosinathi Nhleko, closely associated with Zuma. Nxesi had been put in charge of the sports portfolio.

By late 2017 the then director-general, Mziwonke Dlabantu, had been sidelined and he left. The state lost a senior public service veteran of some 20 years who had helped Nxesi try to unpick the Gordian knot of maladministration and misgovernance that led to Public Works receiving years of qualified audits. The National Home Builders Registration Council appointed Dlabantu as boss from 1 October 2017.

The back story is this:

Vukela returned to the civil service after successfully challenging his 2013 dismissal from Public Works in the bargaining council, which in May 2017 ordered his reinstatement – and back pay. Before his dismissal, Vukela for some two years had been on special leave when in 2011 he was implicated, then as acting Public Works DG, in property irregularities related to property mogul Roux Shabangu. Central to this was the public protector probe into dodgy dealings over the SAPS head office in Pretoria, which ultimately cost then national police commissioner Bheki Cele his job in June 2012.

Cele, now police minister, came back to public life via the executive, initially as deputy agriculture minister from May 2014.

Whether Vukela remains as director-general remains to be seen. As De Lille told Scopa on Tuesday, “as the minister I can’t act against a director-general. I must refer the matter to the presidency”. As Nxesi before her has done.

President Cyril Ramaphosa is passionate about a capable state and professional, non-politicised civil servants who can ensure quality service delivery.

This he reiterated on Tuesday in an engagement with the South African National Editors’ Forum (Sanef) where the Parliamentary Press Gallery (PGA) was also represented.

“The capability of the state has been completely weakened and in some cases it’s dysfunctional,” said Ramaphosa, adding he should have listed a capable state as a top priority in the 2019 State of the Nation Address.

“Everything hangs on it… What we are looking at is how do we strengthen the state.”

Part of the issues is the loss of skills and the politicisation of the public service over the years – “We lost skills. We started interfering” – but that would change to ensure quality public services.

For now, at Public Works the work is done by Scopa.

In an official committee statement, Hlengwa said Scopa also “directed the minister to interact with the president in so far as the disciplinary processes of the director-general”. That would be one report-back due in 14 days, alongside a briefing on the review of procedures for state and official funerals to prevent fraud and corruption.

“The committee will write to the leader of government business (Deputy President David “DD” Mabuza in his capacity as a liaison between Parliament and the executive) to inform him of (Tuesday’s) processes so that, if necessary, this matter can be discussed at Cabinet level.

“The chairperson of Scopa will also interact with the Speaker of the National Assembly on this matter. The committee will also seek legal advice from the parliamentary legal services to ascertain which steps can be taken on this matter.”

That committee statement is leaving no stone unturned – and as strong an indication as any that Scopa took a very dim view of what unfolded before it.

It’s also a perspective of how the capable state and a professional and effective public service often remain elusive. DM