Black swans, grey rhinos and sandbags: How futures thinking can break the shackles of short-termism 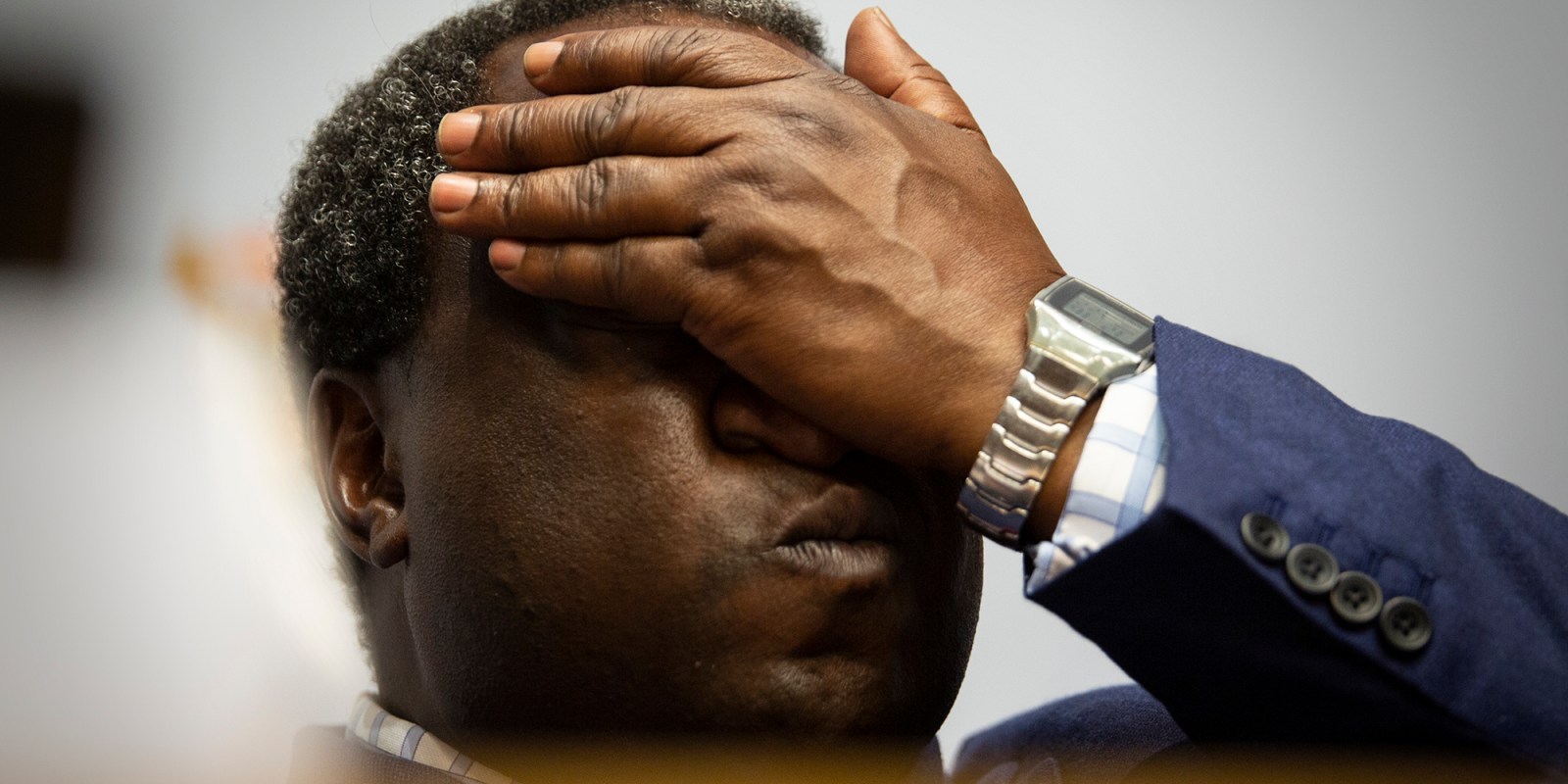 South Africa’s 2020 Budget speech was notable for what it didn’t do – look at the future. This decade will define the future of humanity, and of South Africa, but right now all we are doing is piling up sandbags to hold back the floodwaters.

When was the last time you thought about where you might be in the next 10, 20 or even 50 years?

When was the last time we honestly considered the well-being of coming generations and how today’s actions (or inactions) might ripple into their future?

Too often we treat the future as an afterthought that somebody else will take care of – to paraphrase the novelist LP Hartley, the future is a distant, foreign country where we can send our ecological degradation, our public debt and technology risks, while determining to keep our fast-paced, single-use conscience guilt-free.

But in reality we find ourselves in a precarious position with our backs against the wall, confronted with a charging crash of “grey rhinos”, a term coined by analyst Michele Wucker to describe the big and obvious, yet neglected threats coming at us. These are civilisation-scale challenges, such as the climate crisis, natural-resource depletion, financial crises, technology disruptions, epidemics (we are already witnessing the unfolding of one), increasing global inequality and human dislocation, all of which fuel environmental, social and political instability around the world.

Unlike “black swans” – a term popularised by writer Nassim Nicholas Taleb to refer to unpredictable, unexpected and devastating events — grey rhinos are hard to miss as they follow significant evidence and numerous warning signs. The important distinction is that grey rhinos give us the opportunity to respond. We can either move out of their way, get trampled, or use them to our advantage.

So why are we so bad at confronting and dealing with these so-called grey rhino threats?

The problem is short-termism – an invisible barrier that we seldom talk about but which prevents us from achieving so many public policy objectives. It is a disproportionate focus on short-term goals at the expense of longer-term value. Short-termism means “immediate” and commands so much attention and power that it makes it difficult to look beyond the next presidential term, the next season, the next Budget speech, the next quarter, the next news cycle or even the next tweet. Short-termism exists in our daily lives, at home, at work, in the boardroom and is nowhere more apparent than in economics and politics.

As an example, short-termism often has corporates and C-level executives prioritising quarterly earnings targets (and the bottom line) over long-term investments that garner durable long-term value, such as research and development or sustainable development.

In South Africa, short-termism prevents the government from investing in critical infrastructure so that we end up with load shedding, collapsing bridges and schools and a significant road maintenance backlog. It prevents the government from effectively addressing socio-economic issues, such as crime, violence against women, gender inequality, failing education and healthcare systems, poor road safety, insufficient housing, xenophobia and, of course, broader challenges such as the climate crisis, poor economic growth, inequality, unemployment and poverty. Incidentally, we only have 10 years left to eradicate poverty if we are to meet the targets set out by the National Development Plan, to meet the Sustainable Development Goals and to take crucial decisions to avert catastrophic climate change. This is the decade that will matter the most for our future.

And yet, consumed by short-termism we hyper-react and employ sandbag strategies to hold back the floodwaters. In the past, South Africa increased VAT in an attempt to address a Budget deficit; lowered the minimum matric result requirement to improve pass rates and introduced load shedding to prevent a national blackout. What next? Lower the poverty line to reduce poverty?

We’ve used more sandbags in the 2020 Budget speech. With an embarrassing economic growth forecast of only 0.9%, we chose to tighten our belts to meet short-term debt obligations rather than investing in longer-term value. We reduce critical spending on education, healthcare and social welfare at a time when we need it most. Instead of investing in sustainable public transport, we choose to cut spending.

We allocated only R500-million to flood and drought relief (not even climate change adaptation) in a time when science predicts droughts, floods and fires to get worse. Instead, the government is happy to sink R16.4-billion into a failing national airline. Which do you think will have a bigger impact on South Africa’s long-term prosperity: losing an airline that serves a fraction of the population while inflating the country’s debt challenges, or the climate crisis itself?

The challenge is, how do we address the short-termism mindset?

Futures thinking, or strategic foresight, provides us with an invaluable toolkit for addressing complex challenges and creating long-term value. It offers us alternative ways of thinking about the past, present and future to help us better understand and shape our desirable future(s). Futures thinking can help us strengthen strategic plans, policies and budgets, making them more resilient and flexible in an increasingly uncertain and unpredictable world.

Futures thinking can break the shackles of short-termism, moving us beyond the dominant discourse of the day – the idea that reducing government spending will address South Africa’s structural and grey rhino challenges. We need to broaden our contextual awareness, explore alternative cultural and world views and combine imagination with empirical evidence for improved decision making, including in national budgets.

Applying a futures lens to the 2020 Budget not only exposes some of the sandbag strategies we use every year, but it would also identify areas critical for pre-emptively addressing South Africa’s grey rhino challenges. For example, the Budget should promote sustainable development and aim to decarbonise our economy to avoid carbon trade barriers that threaten our balance of payments, international competitiveness and jobs. The Budget should have set more ambitious renewable energy production targets, supported green manufacturing industries for electric vehicles, renewable energy technologies and cleaner, modern rail transport, rather than supporting a drowning and polluting national airline.

The Budget focused on agriculture and tourism industries for job creation but neglected the significant climate risks these industries face. It increased the plastic bag levy instead of taking a systemic approach of investing in and promoting a circular plastic economy. The carbon tax, said to raise R1.74-billion in the coming months, will go into the general fiscus, left to be spent on routine programmes that have little to do with the environment or long-term value generation. And what about the blue economy? How did the Budget propose to promote the sustainable use of our oceans for the long-term benefit of the people of South Africa? It didn’t.

But all hope is not lost. We can learn from other countries that are starting to apply futures thinking to their strategic plans, policies and even national budgets. Sweden and Finland have advisory groups for encouraging deeper futures thinking in parliamentary planning processes. Wales and Hungary have appointed “future generations commissioners” responsible for advocating futures thinking in public bodies, with the former writing it into law via the “Well-being of Future Generations Act”.

New Zealand is developing, for the first time, a national well-being budget that transitions from a short-term economic growth for growth’s sake mentality to one that emphasises the long-term impacts of policies on people’s lives ahead of short-term output measures, such as GDP growth. New Zealand’s well-being budget is guided by five broad societal priorities: transition to a sustainable, low-emissions economy; supporting a thriving nation in the digital age; uplifting disadvantaged groups’ income, skills and opportunities; reducing child poverty and supporting mental health for all New Zealanders.

If these countries, which are among the best performers on several human well-being indices, see the value in applying futures thinking to their strategic plans, policies and the national budget, we should consider why is it so. Futures thinking offers us a toolkit for better understanding, anticipating and influencing the future(s) so that we can begin to effectively address our grey rhino challenges and take advantage of any beneficial opportunities they present.

As a nation, we need to go beyond comfort zones, break free from the shackles of short-termism and embrace futures thinking to truly start making a future that works for all. DM

Reinhardt Arp is an environmental economist with WWF South Africa and is finalising a policy brief on Futures Thinking. For more information contact him on [email protected]