What is the future of poverty in Africa? 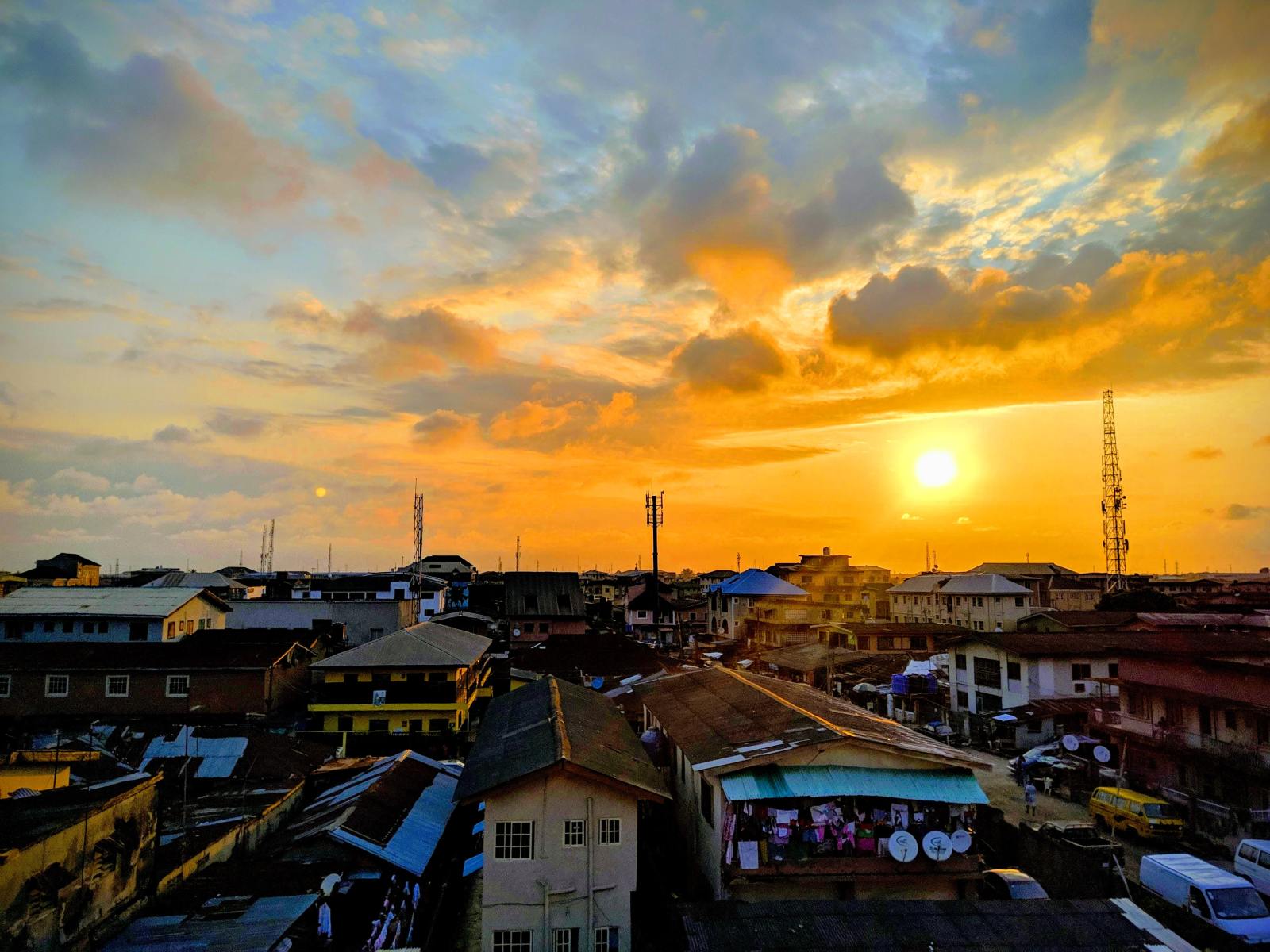 Recent trends in poverty reduction could prove difficult to maintain.

The global burden of poverty is highly concentrated in Africa, with more than 150 million people living in extreme poverty in just two countries – Nigeria and the Democratic Republic of the Congo – according to World Data Lab.

Projections from its system estimate that nearly 80% of the countries unable to eliminate poverty by 2030 will be in Africa. When weighted for absolute number of people living in poverty, that figure increases to more than 90%.

In September 2020, the Sustainable Development Goals (SDGs) will conclude their fifth year. While countries still have ample time to implement more aggressive policies before the SDGs expire in 2030, five years is enough time to begin talking about what progress has been made. Or in many cases, how much work remains to be done.

The SDGs are a broad suite of 17 development goals with an even more extensive list of 169 targets established by the United Nations (UN) in 2015. They aim to advance solutions for everything from climate change to urban planning to gender equality – and nearly everything in between.

At base however, the SDGs are about poverty reduction. “The SDGs are a bold commitment to finish what we started (ie Millennium Development Goals), and end poverty in all forms and dimensions by 2030,” according to the UN.

The reality is that Africa is showing both gains and losses. Roughly 40% of people in Africa live below US$1.90 a day. People in sub-Saharan Africa are more than twice as likely to live in poverty as those in South Asia, the next poorest region globally.

There does appear to be marginal progress, as that figure is down slightly from about 70% in 2015. This coincides with a recent report from the Brookings Institution, which noted that for the first time in decades more Africans are escaping poverty than are being dragged into it.

However, that snapshot ought to be taken with a pinch of salt. For one, the global economy has been churning at a pace not seen since before the great financial crisis. Calls for a global recession have eased slightly, but a global slowdown is still possible, particularly given recent financial shocks in the United States, uncertainty regarding the economic future of the United Kingdom and various concerns in China.

There are also other factors that contributed to the recent boon that could reverse. The recovery of oil prices since 2016 has no doubt enabled governments to step up social grant programmes and other poverty-reduction measures.

Brent Crude is trading 40% higher than in September 2015, and many African governments tend to use commodity revenues in the absence of sustainable revenue collection practices, a phenomenon sometimes called the resource curse. A global slowdown would dampen demand for oil – among other things.

By 2030 only 11 of Africa’s 54 countries are projected to be able to eliminate extreme poverty, according to World Data Lab. Nearly all the countries projected to achieve the target are in North Africa or are small island states. Throughout the rest of the world, only 12 other countries are forecast to fall short of the SDG target.

Both IFs and World Data Lab projections point to a reversal of the current trend of declining poverty. In other words, the burden of poverty is not only expected to be concentrated in Africa, but the number of people living in poverty in Africa is also forecast to rise over the next 10 years.

One factor undeniably driving this long-term increase in poverty is Africa’s rapid population growth. Africa is projected to decrease the proportion of people living in poverty by nearly five percentage points between 2015 and 2030, according to IFs. But despite that percentage reduction, the absolute number of people living in poverty is forecast to more than double over that same period, swelling from around 270 million in 2015 to more than 550 million in 2030 (see figure 1). 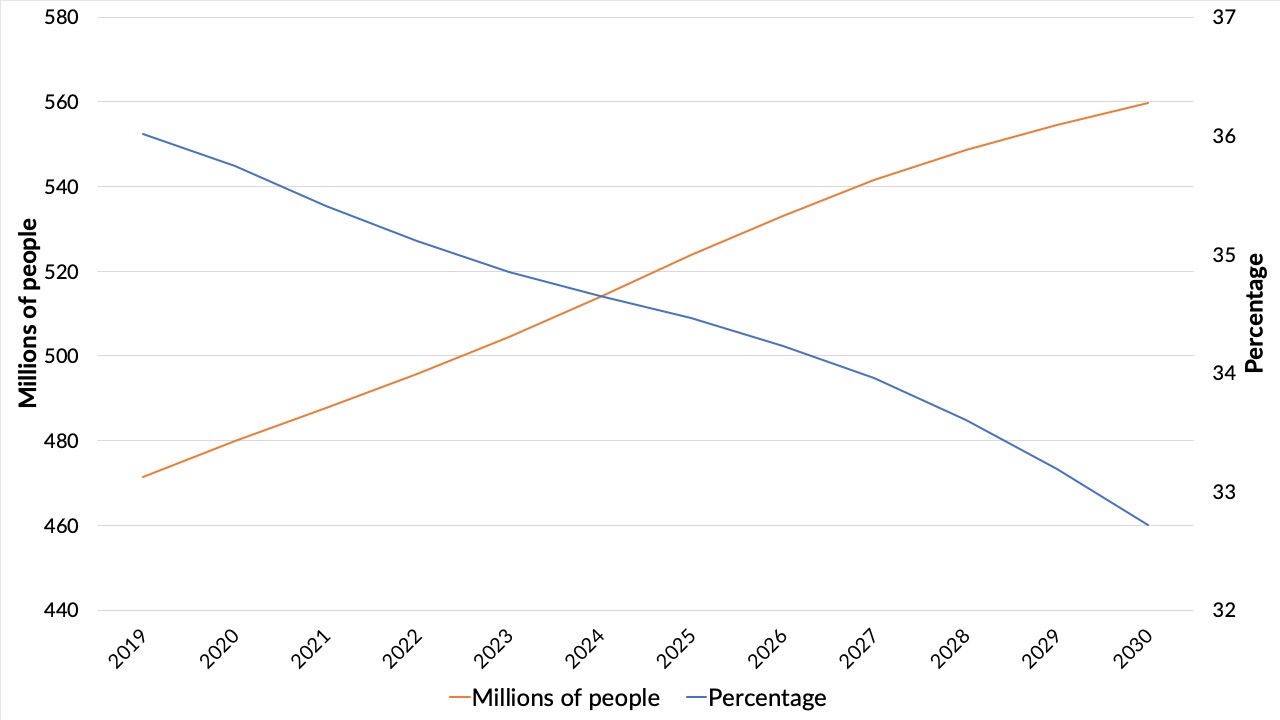 The elimination of extreme poverty must be the foundation of any comprehensive development strategy for Africa, regardless of the stakeholders developing the guiding documents. African governments, development agencies, non-governmental organisations and civil society need to design policies and advocate strategies that have, at their core, poverty elimination as their primary focus.

Providing basic infrastructure (Goal 6), quality healthcare (Goal 3) and education (Goal 4) while attempting to create a globally competitive economy (Goal 8) are all worthwhile ambitions. But these achievements are less meaningful if hundreds of millions of Africans continue to miss out on those opportunities. Furthermore, it is likely that gaps in inequality will only continue to increase, with unpredictable consequences for political and economic stability.

The investment necessary to achieve the full suite of SDGs is enormous and potentially beyond the scope of African governments to achieve without significant help from the international community. Even if Africa were to halve extreme poverty from its current levels by 2030, that would be a significant achievement based on current projections.