Tribute: On losing a literary and African studies icon 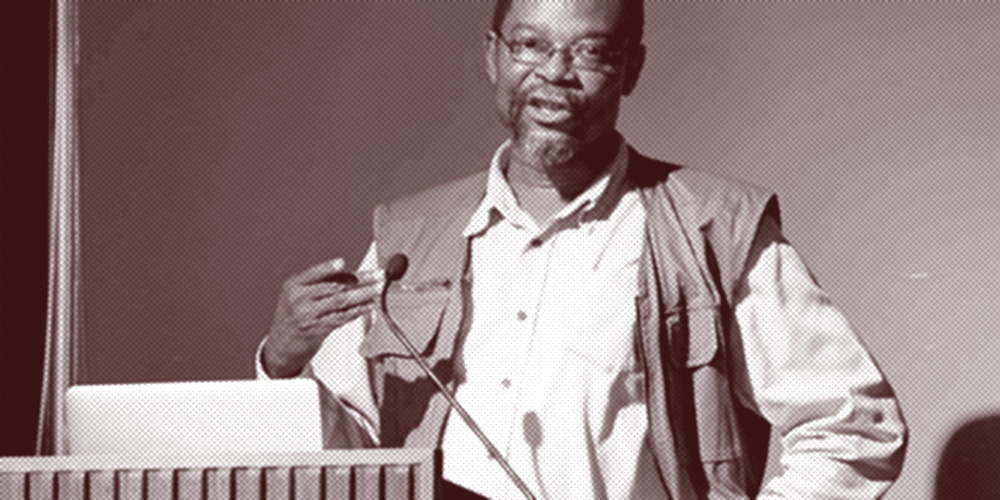 A body blow. As his spirit hovers near us and prepares for its crossing we will also partake, as Harry Garuba loved to do, in generous amounts of red wine, poetry, ideas, stories, the stuff of wide-reaching and widely read conversation. Nor should we forget the palm wine, tobacco, and bellyfulls of laughter.

As director of the Centre for African Studies (University of Cape Town), Harry Garuba gave me my first job after my postdoc at the Centre for Humanities Research (University of the Western Cape). An extraordinary scholar, poet, teacher and mentor, a gentle and generous soul, Harry was and is adored by his students.

I learned from Harry’s many aphorisms, always delivered with an almost poker face and the hint of a wry smile, about the subtle operations of power at the university. Harry’s observation came from living through the Abacha dictatorship in Nigeria.

Some of the most treacherous battles for power take place not between the dictator and those who wish to usurp him, but between the sycophants jostling to be near to the dictator: Power struggles to be close to the seat of power. It is in the jostling for power between sycophants that assassins plunge the knife into the back, sharpen the blades of rumour, lay gin-traps beneath the leaves, coming from behind, or beneath, hidden and silent.

I also learned from Harry that one could be a good scholar and be a mensch, despite the treacherous corridors of the university where power, ego, gossip, petty and corrosive cruelties, and what another dear colleague calls “the narcissism of small differences”, flourish.

Harry was a journalist and intellectual in Nigeria during the Abacha dictatorship. He was close to Ken Saro Wiwa. They worked together at a newspaper. And he was close to Wole Soyinka. Harry left Nigeria. I think before they killed Ken. Remember? When they killed Ken, in 1995? And then we boycotted Shell petrol and oil. And then it was business as usual. And we forgot the boycott, and Abacha tried to erase Ken, and Shell plundered the river delta in Ogoniland.

Harry died at midnight. I sense that as his spirit hovers near us and prepares for its crossing we will also partake, as he loved to do, in generous amounts of red wine, poetry, ideas, stories, the stuff of wide-reaching and widely read conversation. Nor should we forget the palm wine, tobacco, and bellyfulls of laughter.

His students will gather. We will regroup, Centre for African Studies students from those years and later, and others, coming together to reminisce, to think, to discuss his writing. Perhaps we will find some succour in our fierce but quiet love for Harry and our need to be in touch with this through being together.

We must hold dear the many gifts Harry gave so, so many of us. And we must keep working against the crime of diminishment and racism that fete our finest minds in their death but not in their life. Hollow obituaries won’t do.

Heidi Grunebaum is a writer and scholar. She is acting director of the Centre for Humanities Research, University of the Western Cape.