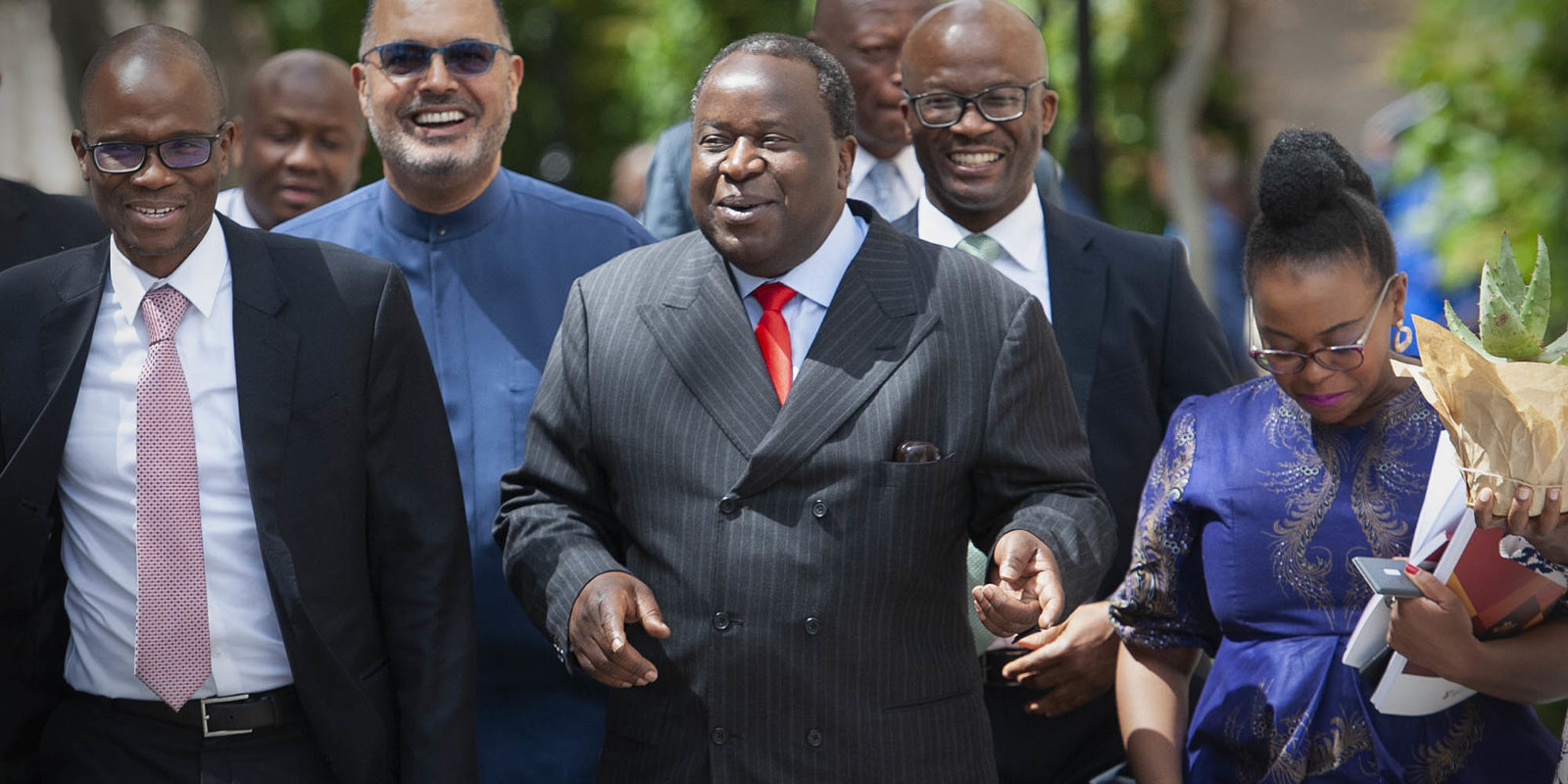 The 2020 austerity Budget is politically reckless and socially and economically destructive. It will hurt the poor and the working class.

The Budget ignores the damage caused by austerity policies globally, their failure to meet stated objectives, and South Africa’s own experience in which real economic gains – in growth and jobs – were made in the mid-2000s, a period of expansionary fiscal and monetary policies, and investment in economic and social infrastructure.

After 10 years of economic stagnation, there is general agreement that our economy is in a long-term structural decline and that bold measures are needed to address this crisis.

The only responsible and economically logical response to this is for government to lead in providing a stimulus to get the wheels of the economy turning. This should occur through large-scale investment in economic and social infrastructure and services. The private sector has shown that it won’t invest under current conditions of low demand, which sees large idle productive capacity and capital. Without such government-led investment, the economic situation – including relative debt levels – will continue to worsen.

The Budget is economically irrational

The Budget does the opposite of what is required.

The 2020 Budget proposes, over the next three years, total reductions of R261-billion. This includes a R160.2-billion reduction to the wage bill and cuts in spending on social services and infrastructure to the tune of around R100-billion. The tax relief and rebate measures proposed will not spur growth and will disproportionately benefit those with steady and higher incomes.

Investing in infrastructure both stimulates the economy in the short-term and expands the productive capacity of the economy in the long-term. The Minister made much-ado about the R700-billion infrastructure fund. However, even in this area, the Budget falls short. Despite its perilous state, public transport spending is reduced by R13.2-billion over the next three years, mainly on allocations to Prasa and the public transport network grant. Reductions in basic and higher education infrastructure allocations amount to R5.2-billion over the medium term. Municipalities will see cuts to water and electricity infrastructure.

Investment in human capabilities via social services is equally important. An economy cannot grow, and a populace cannot thrive, without decent health, housing, and education. The Budget continues a trend of undermining such vital services:

The public sector plays a critical role in society and recklessly cutting support for public sector wages jeopardises that. The decision repudiates the Public Service Wage Agreement and lacks a coherent strategy for how these cuts will be implemented. This will:

Problems exist with the current structure and composition of the public service: there is too much waste in the bureaucracy and not enough resources go into frontline service delivery while tens of thousands of unfilled critical vacancies, for example, in health, education, and policing, remain.

This Budget is what economists call “pro-cyclical”: it deepens the current cycle of economic stagnation by slashing the economic contribution of the public sector – which constitutes a large chunk of our economy – to investment and demand. This can only push us into recession. In countries where such austerity measures have been implemented, growth has declined and debt increased, leading to rising unemployment, falling incomes and increased inequality. The most marginalised groups in society, including women, children, minorities, migrants and the poor, feel the biggest impact.

The above cuts will, undoubtedly, undermine the realisation of constitutionally-enshrined rights. For instance, health has been flagged as one of the departments that will be disproportionately affected by wage bill reforms because of its labour-intensive functions. Yet, in May 2018, 38,217 posts were still not filled in the sector. In addition, an estimated 60,000 community healthcare workers remain informally employed and reliant on a paltry stipend.

The Budget’s bailouts to SOEs don’t add up

Government is ploughing the savings from these public sector cutbacks into paying off the debt of SOEs, which have been crippled by mismanagement and state capture.

Restoring SOEs to health and ensuring their public developmental role is essential. However, alternatives have been put on the table on how to retire this debt, which do not involve draining the fiscus. These include harnessing investments by the GEPF and international climate funding, as well as imposing haircuts on bondholders. The Budget appears to ignore these, despite the government having acknowledged that these proposals are credible, and should be seriously considered.

The tax proposals rest on a false premise

The approach taken in the Budget appears to be that “tax relief” will see the private sector spending more and thus partially compensate for public-sector expenditure cuts.

This is faulty and discredited economic logic. The Trump tax cuts in the United States showed how tax relief can disproportionately benefit the wealthy and fail to stimulate investment, as the wealthy tend to save rather than spend, and corporates spirit money abroad. UNCTAD’s 2019 Trade and Development Report shows that tax relief is not an effective means of stimulating the South African economy. The announced intention to further reduce corporate tax is problematic for the same reasons.

A false complacency has been generated by the tax proposals, following the manufactured expectation that VAT and other taxes would be raised. “Doing nothing” entrenches the existing regressive bias of our tax system, and fails to raise the desperately needed revenue from the wealthy to fund public investment. The failure to raise revenue, and the implementation of fiscal cutbacks, are two sides of the same coin.

Austerity will not reduce debt

The international evidence clearly shows that such expenditure cuts have failed to address countries’ growth or debt challenges. A 2013 IMF study concluded that the negative multipliers of fiscal cutbacks are far greater than previously believed. Previous cutbacks have deepened economic stagnation and retarded GDP growth, increased the debt-to-GDP ratio, acted as a brake on tax revenue, and increased the deficit. Cuts that shrink the economy can make our debt position worse.

A stimulus and recovery package is possible and urgent

A stimulus financed by taxes on the wealthy is possible and has been effective in other countries. These have been implemented in the most dire circumstances post the financial crisis, in a range of economies from the United States, to China, to Brazil, as well as a number of smaller economies.

The Institute for Economic Justice, IEJ, is working with others to design a coherent stimulus package, which both harnesses available resources to ensure maximum impact of investments and stabilises debt in the medium term, while ensuring its prudent use in the short term.

A carefully designed stimulus package should immediately spur demand in the economy; contribute towards resolving macroeconomic imbalances; protect the most vulnerable people, communities and sectors; and contribute towards structurally diversifying and transforming our economy.

Poor and working-class communities will be victims of this Budget. But it places the prosperity of the whole society at risk by slowing growth and spending, undermining government capacity, and placing government on a collision course with labour and civil society. Alternatives are available. DM

Busi Sibeko is a researcher at the Institute for Economic Justice (IEJ). Neil Coleman is co-director of the IEJ. His Twitter handle is @NeilColemanSA