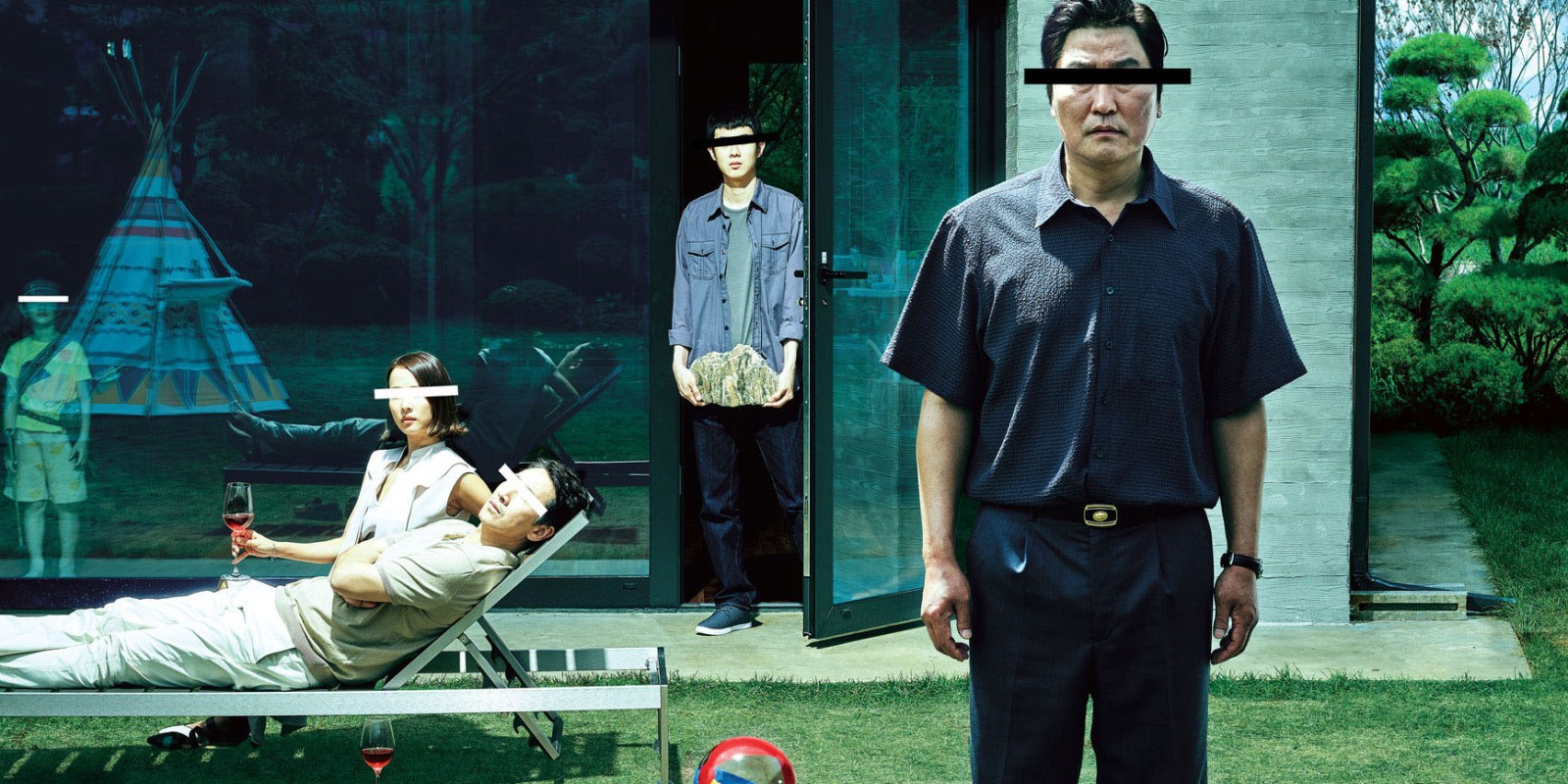 Set in Seoul, South Korea, Parasite is billed as a dark comedy and a thriller, but it’s also obviously a commentary on Korean inequality.

“Once you overcome the one-inch tall barrier of subtitles,” Parasite director Bong Joon-ho said in January, “you will be introduced to so many more amazing films.” Parasite made Hollywood history earlier in February when it became the first-ever foreign-language film in the 92 years of the Academy Awards to take home the Oscar for Best Picture. It also won more awards than any other film.

Set in Seoul, South Korea, Parasite tells the story of a poor family (the Kims) whose members hustle their way into the lives of a wealthy family (the Parks) by systematically undermining, framing and ultimately replacing each one of the Parks’ servants. It’s billed as a dark comedy and a thriller, but it’s also obviously a commentary on Korean inequality.

The Kims live in dire poverty in a dank, dark basement apartment that floods when it rains and that gets pissed on by drunks in the street (the drunks don’t seem to know they’re there – a theme of invisibility and blindness that runs throughout the movie.) The Parks live in a beautiful home, throw extravagant parties and eat whatever they want, whenever they want. They expect their servants to give up all their free time, as if it’s nothing. And they are blind to what’s going on right in front of them. (At one point they fall asleep in the living room and spend the whole night on the couch while the Kim family hides, unseen, beneath the coffee table.)

The film does a good job of portraying the Kims with nuance and complexity. The son, Ki-woo, is the first to get a job working for the Parks, as an English tutor for their daughter, and initially his plan to get other members of his family employed is quite innocent: he recommends his sister as an art tutor for the Parks’ son. His sister knows nothing about art but the lie, he thinks, isn’t really harming anyone. As the film progresses and the Kims become more desperate to hold on to their employment in the Parks’ home, their lies become ruthless and their actions violent, usually against other poor people. In one particularly gruelling scene the old housekeeper, recently replaced by mother Kim, begs the Kims to let her back into the house to feed her husband who has been hiding in the basement for years and will starve to death if she cannot siphon food away to him.

The wealthy Parks are not depicted as villains – merely thoughtless, naive and willfully blind. They are heavily reliant on their servants to do everything for them, giving the film’s title its double meaning: which class is the parasite?

The film is an excellent portrayal of the dehumanising effect of widening inequality across the world. It made me think, immediately, of Roma, the 2018 film by Mexican director Alfonso Cuarón, which was also nominated for Best Picture at the Oscars, and took home the Academy Award for Best Foreign Language Film.

Set in 1970s Mexico City, Roma follows the story of Cleo, an indigenous, Mixtec-speaking live-in maid who falls pregnant after a brief affair with a man who turns out to be a revolutionary and who abandons her because he cannot be associated with a maid, a traitor to the class war. Cleo is treated with patronising kindness by the family she works for – reminiscent of the “she’s like part of the family” narrative in South Africa – but the reality is that her time is not her own, and her life is an unseen shadow life. Roma, like Parasite, does not shy away from violence and tragedy. In both cases the violence is exercised by poor people against other poor people in their desperation against the system, and in both cases the rich eventually get pulled into the conflict and can no longer turn a blind eye.

It’s difficult to watch these films as a South African because the parallels with our own society are so uncomfortable. Here, the domestic worker relationship is familiar to most middle-class people. It is normal for middle-class families to have maids or gardeners, for the poor to help raise the children of the rich, and for the middle classes to be blind to the reality of the lives of the poor. It is the poor who are most frequently the victims of violence.

According to StatsSA, all of the worst districts for contact crimes, sexual assault and attempted murder are in the townships. We have the highest unemployment rate in the world, making it almost impossible for people to escape grinding poverty and hopelessness. And when you factor in income, inherited wealth, and access to services, we are the most unequal society on earth. (According to the World Bank we have a far higher Gini coefficient than South Korea or Mexico, where the films are set).

South Africans have become so accustomed to the poverty around us – at traffic lights, under bridges, in the townships – and so accustomed to the gross imbalance of power in the relationships between middle-class families and domestic workers, waiting staff, delivery men, car guards, that we no longer see the violence of the system.

Parasite and Roma are excellent films not just because of their artistic merits, but because they humanise the poor – not as the objects of pity or fear, but as real people with frustrated ambitions, thwarted hopes, families, anger, love. Perhaps it takes a film from a foreign culture to open our eyes to the reality and people who are right in front of us. Our economic system is violent. The social dynamics we take for normal are dehumanising and grotesque.

Parasite helps viewers overcome the “one-inch tall barriers of subtitles” but the real historical significance of the Oscar win is that, along with fellow Oscar-winner Roma, it points to a shift in global cultural attention towards inequality. The world is waking up to the horror of widening inequality. As the worst offenders, we need to open our eyes and ask what can we do to fix this. Not just in the arts but in our politics, our businesses, our everyday dealings with the poor – the class of people on whom the middle and upper classes are, perhaps, parasitic. The barriers to overcome are not subtitles, but ten-foot walls, closed car windows at traffic lights and the blindness that comes from historical familiarity. DM