EFF march against load shedding and privatisation of Eskom 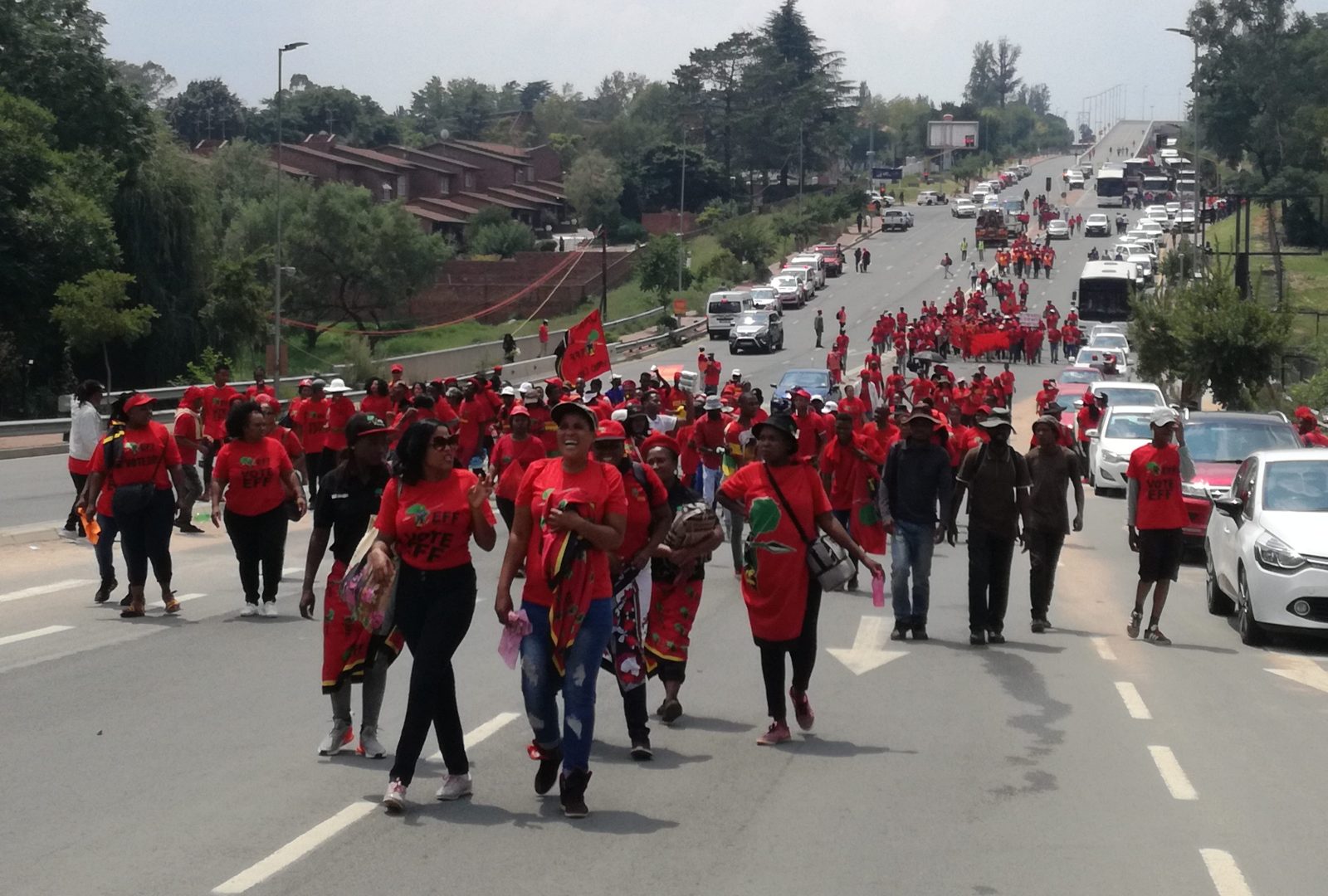 Opposition party the Economic Freedom Fighters marched against load shedding, the privatisation of Eskom, and unbundling of the parastatal in Gauteng.

More than 1,000 EFF supporters joined leaders on Friday to protest against the frequent bouts of load shedding and to denounce the privatisation of Eskom.

The march began at Innesfree Park in Sandton and the EFF and its supporters were due to head to Eskom Megawatt Park to deliver a memorandum of demands.

“We know that they will use unbundling and restructuring but essentially the aim of government in relation to the SoEs is to undermine them so that they can say ‘look, they can’t function on their own, we need to sell them because we are bleeding money’,” said EFF spokesperson Vuyani Pambo.

He said that we can’t expect an entity like Eskom to buy electricity at R2 but only sell at 98c. “It’s impossible, it’s a clear deliberate act of sabotage and we are not going to allow that,” he said.

He said that Public Enterprises Minister Pravin Gordhan, who he referred to as “the minister of load shedding”, was not welcome in their SoEs and if the President cares about the people of South Africa in this economy he must remove Gordhan as minister.

An EFF member from Lesedi in Heidelberg who was present at the march and who declined to state his identity said that he is totally against the privatisation of Eskom, “because once they privatise then electricity is going to be expensive. We need to protect what we have; we can’t sell everything and end up with nothing.”

He said that even though he is unemployed at the moment, he can at least use alternative means to get electricity but with independent power sources that will not be possible.

“That person will charge whatever price they want and if I can’t afford it they will cut my electricity.”

Another EFF member, Lucky Lepule from Kagiso in Krugersdorp, lives with his sister and nephew. He said they already struggle to get to work and prepare for school for his nephew when there is no electricity. He said that the community mortuaries have also been affected immensely as dead bodies rot and give off bad smells when there is no power.

“Once they sell out Eskom, it means we will be at the mercy of white people for the rest of our lives. We want Eskom to come back to us so that everyone can benefit, especially black people. Electricity prices have already doubled, and our grannies have to use the little pension they get on expensive electricity, it’s not fair,” he said.

In January, Eskom CEO Andre de Ruyter said that the power utility’s generation repair process is expected to continue for up to 18 months. He also warned that more power cuts can be expected while Eskom resolves the energy crisis. DM