Dreaming of a better Daveyton 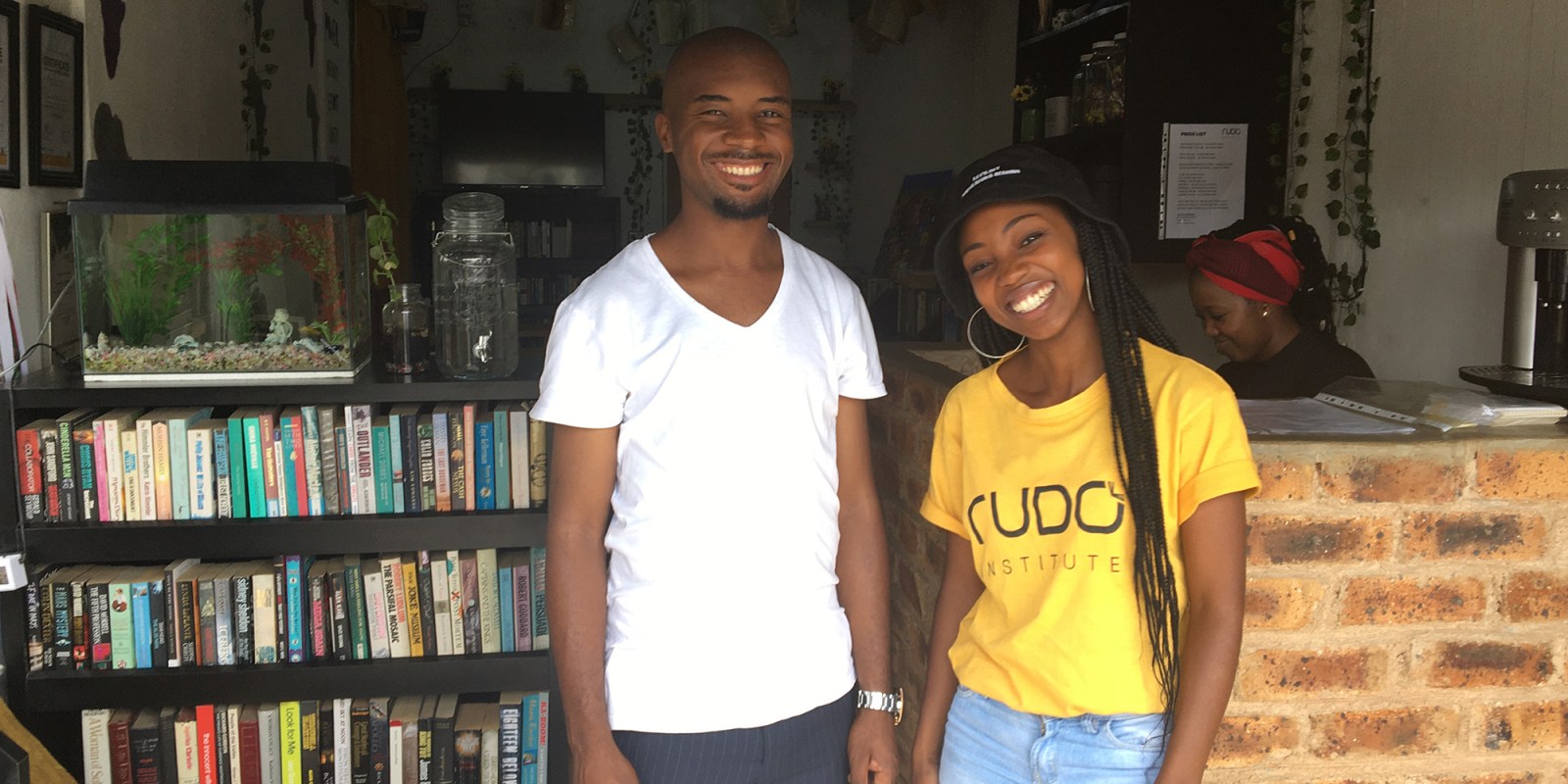 Kwandile Mhlaba Sikhosana and Sarah Madingwana, the co-founders of Rudo Institute in Daveyton on the East Rand near Benoni. (Photo: supplied)

In the township of Daveyton near Benoni on the East Rand, two young, motivated social entrepreneurs are working towards building a thriving community with the aid of education.

Kwandile Mhlaba Sikhosana, 28, and Sarah Madingwana, 26, are the energetic co-founders of the Rudo Institute, a non-profit shared workspace that offers accredited educational courses and a repository of books for the community to read. Sikhosana is pursuing his LLB through Unisa and Madingwana her paralegal diploma through the University of Johannesburg.

The institute offers an NQF Level Four business development course with 149 credits accredited with the Services Sector Education and Training Authority (Seta) through a partnership with Startup Academy.

Madingwana says she was tired of hearing that “black people don’t read” when it was simply a matter of finances and that black storytelling and transmission of knowledge is traditionally oral as opposed to written.

The pair started the Daveyton Book Club in 2015 and quickly grew to partnering to create libraries with 14 schools in Ekurhuleni. Realising that Daveyton was starved of libraries and that books were unaffordable for many, they started collecting books from neighbours and friends. They also had interactive dialogues on issues important to young people, from mental wellness to climate change and how to start vegetable gardens.

They often invite experts and speakers to workshops for the community on how to get into industries of interest. They recently partnered with publishing house Pan MacMillan for a mental health masterclass that was conducted by author Sue Nyathi. They also partnered with South African National Parks (SanParks) and 500 learners from Mamelodi and the East Rand to learn about the importance of nature conservation.

Sikhosana has a TED Talk titled “From a shack to a president”, in which he tells of his pursuit and love of education, after growing up in a shack where he was raised by his grandmother, and of his ambition to one day become president. In 2017 he was named one of the Mail & Guardian Top 200 young South Africans.

In 2017 Madingwana was featured in Forbes Africa where she explained that her entrepreneurship was necessitated by having to “put food on the table” and support her family. She says this forced her to grow up and be responsible rather than wallow in self-pity.

Their ultimate endeavour is to establish the first township university, wholly born and shaped by the people of Daveyton and accessible to all.

Sikhosana says they have carried out all the necessary research and feasibility studies and are waiting for “the go-ahead from the city as well as the acquisition of the right piece of land to house the institution of higher learning”.

Sikhosana has written a book, Financing Higher Education, inspired by the #FeesMustFall protests that swept through South Africa in 2015 and 2016.

He says that when he won the opportunity to represent South Africa at the British parliament, he called the Presidency every day for six months to ask for funding. Eventually, he was given R30,000. He says it was a humbling and wearying experience but he persevered because he knew how important the opportunity was.

Madingwana and Sikhosana say the road is difficult when pursuing a dream, but the support from family and friends as well as their surety of purpose in contributing to their community keeps them going.

What is impressive about the Rudo Institute’s founders is their profound understanding of the systemic change that is required to help their community flourish.

They are not looking to hand out food parcels but rather to empower people with the entrepreneurial knowledge necessary to sustain themselves. MC