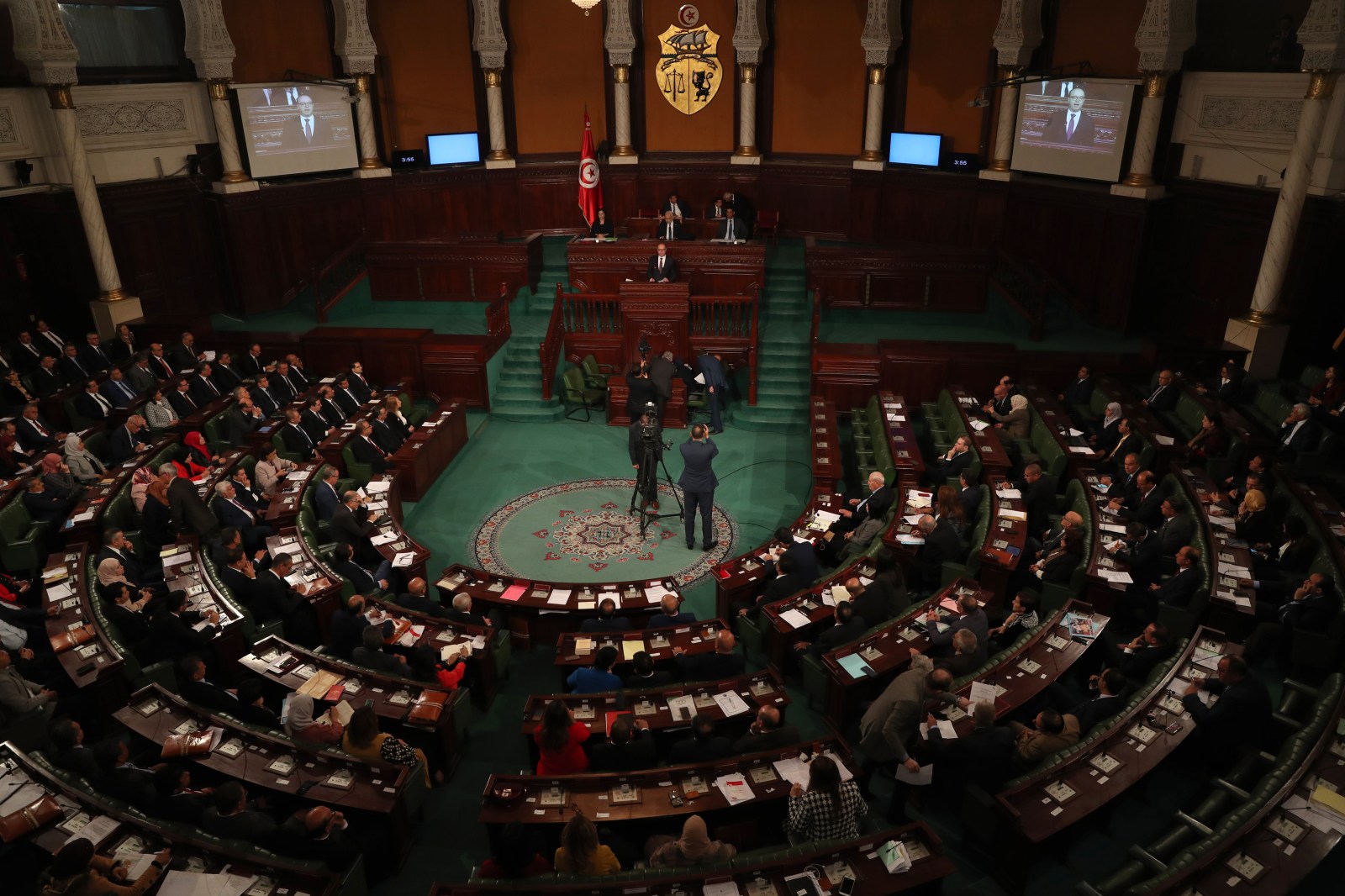 epa08248645 A general view of a Tunisian parliament session to vote on the new government in Tunis, Tunisia, 26 February 2020. Fakhfakh announced forming a new government on 20 February. EPA-EFE/MOHAMED MESSARA

Elyes Fakhfakh, who was designated prime minister last month by President Kais Saied, has brought parties from across the political spectrum into his cabinet – and they continue to disagree on several big policy areas.

Despite winning the confidence vote, the government may prove fragile after struggling to reconcile differences over policy and cabinet positions.

It must tackle high public spending and politically sensitive reforms to energy subsidies and state firms.

It will also need to secure new external financing worth $3 billion after an International Monetary Fund (IMF) loan programme ends in April, with no new support yet agreed.

Introducing his proposed government’s programme in parliament on Wednesday, Fakhfakh said Tunisia has successfully completed its transition to a democratic state, but still needs to pursue economic changes.

The country’s last election, held in October, produced a deeply fragmented house in which no party won more than a quarter of the seats. An earlier attempt to form a government was defeated in a confidence vote in January.

Fakhfakh said his government’s priorities would include fighting widespread corruption and reforming public services and the state phosphate producer.

It would also work to maintain the value of the currency, which has recovered in recent months after years of decline, he added. Central Bank governor Marwan Abbasi said this month that the International Monetary Fund had been in favour of the dinar losing some value to bolster exports. (Reporting By Tarek Amara; writing by Angus McDowall; editing by Richard Pullin)