By Daneel Knoetze for Viewfinder• 27 February 2020 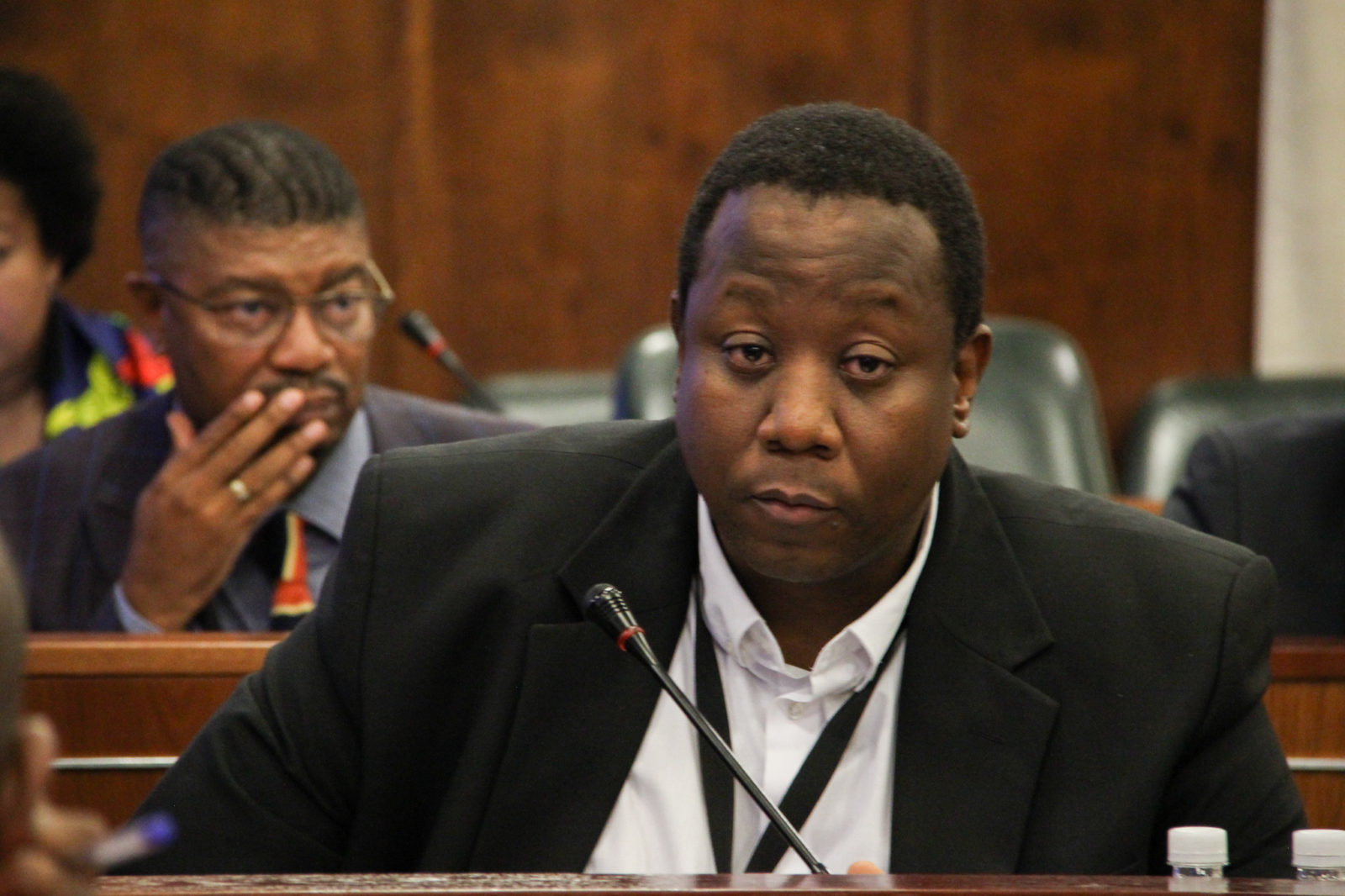 A Viewfinder exposé and pressure from Parliament and experts prompts the Independent Police Investigative Directorate to commit to policy reforms aimed at improving its impact on police conduct and accountability.

The Independent Police Investigative Directorate (IPID) will redraft core parts of its Strategic Plan, after a Viewfinder exposé showed these to encourage the manipulation of case completion statistics.

On Wednesday IPID’s acting head Victor Senna appeared before Parliament’s Portfolio Committee on Policing (PCP) and said that amendments will be made to the directorate’s performance targets in an attempt to improve IPID’s impact on police conduct and accountability. This announcement is in line with recommendations of an African Policing Civilian Oversight Forum (APCOF) policy paper published earlier in February.

The African Policing Civilian Oversight Forum paper was prompted by a Viewfinder exposé which found that IPID investigators, hamstrung by a lack of resources, had taken short cuts to “complete” cases in a bid to inflate performance statistics. Whistle-blower reports published by Viewfinder suggested that the push to meet performance targets had resulted in an obstruction of justice for victims of mostly violent crimes by police officers.

IPID’s announcement also comes on the back of pressure from Parliament’s Portfolio Committee on Policing, which circulated the African Policing Civilian Oversight Forum paper at Wednesday’s briefing. The DA’s Andrew Whitfield, who has previously advocated for IPID to reconceptualise its performance targets, championed APCOF’s recommendations at the committee meeting.

Speaking to Viewfinder afterwards, Senna said that he would invite APCOF to give input on IPID’s new Strategic Plan at a special session in Pretoria in the coming weeks. This “plan” is a high-level document which will define IPID’s policy direction and performance targets over the next five years. It is due to be tabled before Parliament for review and approval by the end of March.

The African Policing Civilian Oversight Forum recommended that IPID formalise a system of “case screening” which would help investigators focus on the worst crimes committed by police officers. Case screening would go hand-in-hand with the adoption of new “impact” orientated performance targets. APCOF’s recommendations were explained in a Viewfinder analysis article this week.

But, a system of case screening and prioritisation should not undermine IPID’s constitutional duty to investigate all criminal allegations against the police, IPID head of investigations Matthews Sesoko warned at Wednesday’s meeting. Even though funding shortfalls may limit IPID’s ability to do this effectively, a system which may allow for lower-priority cases to go uninvestigated is not a solution, Sesoko made clear.

The author of the APCOF paper, David Bruce, welcomed news that IPID would look to formalise case screening and to redraft its performance targets. He highlighted, however, that his recommendations do not represent a silver bullet for addressing the challenges at IPID.

“The challenges at IPID are complex. Our recommendations open a space for debate about how best to address some of the key challenges,” he said.

“Such a debate is overdue. The priorities and targets laid out in IPID’s new strategic plan should be informed by a process focused on improving IPID’s impact.”

This would need discussions with a range of people.

Senna also announced that IPID will start paying its investigators on a scale equal to their counterparts in the police service, as prescribed by the IPID Act. The issue of underpayment has been a longstanding grievance for investigators. In 2018, the Labour Court ordered IPID to back pay its employees for years of outstanding wages. Management said on Wednesday that it intends to do so to the tune of R40-million. While the announcement will probably boost morale among investigators, it remains to be seen what impact this extra expenditure will have on IPID’s notoriously stretched budget.

The position has been vacant for nearly a year, since the committee seconded a decision by police minister Bheki Cele not to renew former head Robert McBride’s contract in February 2019. Since then, Senna has assumed the role in an “acting” capacity. Mathale said that three shortlisted candidates had recently been interviewed for the position, but that all had been found wanting. Cele has now initiated a “head hunting” mission to recruit an appropriate candidate from outside the directorate, Mathale said.

The PCP issued a statement on Thursday highlighting that Cele will be in breach of law if he does not appoint a new IPID head by the end of the week.

“A fit and proper person must be appointed to head such a critical institution, as it serves as a watchdog over the South African Police Service,” it said. DM

This article was first published on Viewfinder