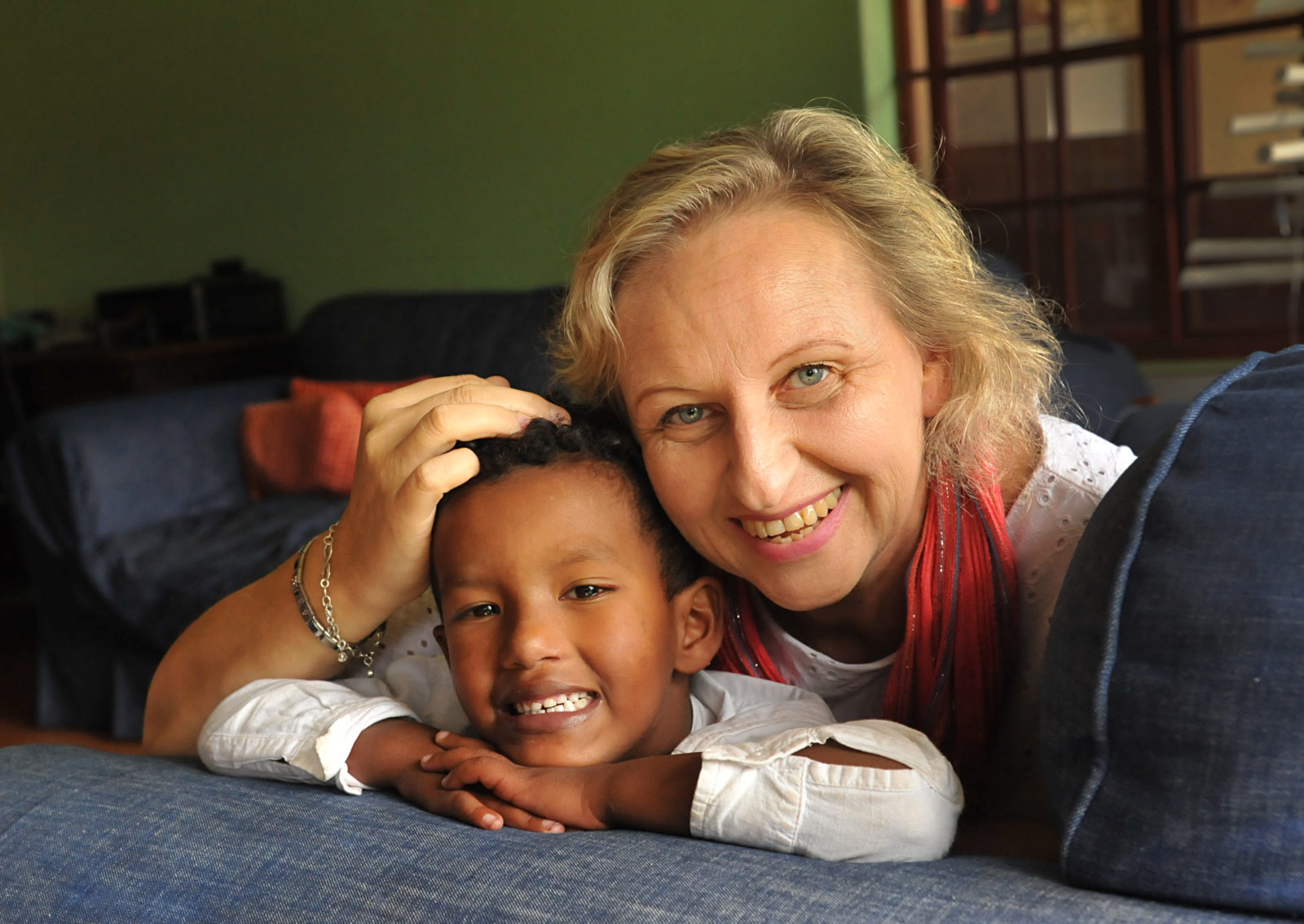 Critical equipment at a Port Elizabeth public hospital that assists children with heart ailments broke down 17 months ago. The facility is still closed, putting the lives of children at risk.

It has been 17 months since the cardiac catheterisation laboratory (cath lab) at the Port Elizabeth Provincial Hospital broke down, leading to the collapse of groundbreaking programmes to help children at the public hospital, and still there is no indication of when the Eastern Cape Department of Health intends reopening it.

It took the Eastern Cape Department of Health more than four months to answer questions on the delays, with the department’s communications director, Siyanda Manana, saying they can no longer provide a date for the reopening of the facility. Health MEC Sindiswa Gomba’s special adviser promised the MEC would assess progress and comment soon.

But in Port Elizabeth a determined mother of one of the children who is treated in the cath lab, Elmarie van der Merwe Brynard, has vowed to never stop fighting for the facility to reopen. As the mother of a little boy with a very complicated heart defect, her anxiety increases every day that the doors of the cath lab remain closed.

After obtaining pro deo legal representation she managed to jolt the hospital to start construction, but then backed down as her lawyers were satisfied that the building work was progressing well. Now she is determined to fight on.

“I find it astonishing that nobody has been held personally liable for this mess,” she said.

Six years ago her son Joshua was given to her for safe care as she also runs Forever Family Homes, a safe-care facility for children. The six-day-old baby was blue.

When she first took him to a paediatrician, Van der Merwe said, the doctors looked at each other and asked: “How is this boy still alive?”

Joshua was born with several serious heart defects. Doctors believe that he only survived because his safety mother carried him close to her body and somehow kept his heart going. Since then he had several heart surgeries and cath lab procedures.

“When I had to choose a motto for an NPO caring for abandoned babies many years ago, I went with ‘Healing tiny hearts’, as I knew that that was at the essence of what a safety mom does,” she wrote on the day the adoption went through.

She said Joshua came into her life when she was completely heartbroken herself.

“Then God sent me a baby with a physically broken heart. God sent Joshua. Because of his broken heart, he was destined for life in an orphanage, but God chose me. It took a child with a broken heart to heal mine.”

“I watch him every day,” she said this week, telling of her continued anxiety over the cath lab not being operational.

“I watch him get out of breath maybe a little faster than the other children. And I worry every second of every minute.”

Joshua is due for another procedure at the cath lab in March – but there is still no sign that the facility will be open. Without an angiogram, done in the cath lab, he will not be able to get the open-heart surgery that he desperately needs.

Once the leading facility in the public sector to help children who were born with heart defects to receive non-invasive surgery, the service in Port Elizabeth has all but collapsed, with parents now having to travel to the Red Cross War Memorial Children’s Hospital in Cape Town or to Mthatha.

Apart from treating adults who suffered heart attacks or need non-invasive surgeries, the state hospital cath lab was home to a programme started by the current dean of South Africa’s newest faculty of health sciences at Nelson Mandela University, Dr Lungile Pepeta, to provide children with congenital heart disease with a non-invasive surgery option to have small defects fixed.

In his research work, Pepeta highlighted the need for such a facility as there is a high incidence of congenital heart defects in children in the Eastern Cape and also high numbers of children suffering heart damage due to undiagnosed rheumatic fever.

The cath lab was also the centre of South Africa’s first paediatric electrophysiology department in the public sector, with Dr Adele Greyling treating children who had heart rhythm disturbances. Patients were sent to her from all over South Africa.

In 2017 the now suspended CEO of Livingstone Hospital and the Port Elizabeth Provincial Hospital, Thulane Madonsela, said they were aware that the cath lab had come to the end of its life.

In October 2018, after several warnings from doctors, the cath lab finally broke and was declared beyond repair.

Madonsela was suspended in November, and the hospital complex has been without a permanent CEO since then.

In January 2019 the former health MEC, now speaker of the Eastern Cape Legislature, Helen Sauls-August, promised that the cath lab would be fixed within three months. She said that equipment would be delivered in February and that work was to start on February 11. She added that money for the new cath lab had been procured from the tertiary service grant.

In March 2019, the former acting CEO of the hospital complex, Dr Bukelwa Mbalawa-Hans, said the cath lab equipment had been delivered to Port Elizabeth Provincial Hospital and was parked outside in a shipping container.

As an interim measure, the state agreed in April to pay for emergency patients to be helped at the private cath lab at Netcare Greenacres Hospital. But doctors could only access this service two days a week.

Construction was initially delayed as the hospital was deadlocked on whether the new cath lab should be located at Livingstone Hospital – the centre of tertiary services in the city – or at Port Elizabeth’s Provincial Hospital. Because of delays, the highly specialised medical equipment that was on loan to the unit was taken back by the suppliers.

At the time there was a brand new cath lab in Mthatha, but it was not operational because it had insufficient staff. It only opened in June.

Despite the promises, no construction happened.

According to a letter sent to staff at the hospital, the reopening of the facility was expected to “be delayed” by at least a month. The facility was then due to open on July 28 after the issuing of a tender for construction work to accommodate the new equipment, and staff were sent for training.

In the letter, the department’s chief construction project manager, Loyiso Matsiliza, said the delay was because funds for the project were not released.

Senior officials, however, vowed that the opening of the cath lab would not be delayed.

After Sauls-August was replaced by Sindiswa Gomba in the new cabinet in July 2019 she at first failed to mention the cath lab crisis in either her policy or her budget speech.

In what her head of communications, Siyanda Manana, later described as a “typing error” she instead praised the “ongoing work” of Greyling’s defunct unit that had been unable to work since October 2018.

Gomba also claimed that to help children with congenital heart defects, the unit was using a “gamma camera”, whereas this is in fact a piece of equipment used to give radiation to cancer patients.

In her speech, Gomba said: “Livingstone Tertiary Hospital has made strides in electrophysiology [the treatment of disturbances in heart rhythms] for both adults and paediatrics and the hospital is now receiving referrals from provinces such as Gauteng, whereas in the past the province was referring patients out to other provinces. The hospital boasts the first paediatric electrophysiology unit in [SA] with a state-of-the-art gamma camera.”

On July 4, the provincial health department published a new written plan with deadlines for the recommissioning of the cath lab. This included the site handover to the contractor on July 15, the technical installation of the cath lab on August 19 and the cath lab services to recommence on September 9.

Next, the department said the cath lab would open in November.

In a written answer to questions, Gomba’s spokesperson, Judy Ngoloyi, said, “The completion of the installation and commissioning of the cath lab was initially planned for September 9. However, due to the decision to rationalise the services in the hospital, which resulted in the decision to move the cath lab from the ground floor to the first floor, the revised anticipated completion date is November 15.”

Construction finally went ahead but then the opening of the cath lab was delayed to December.

In January this year Manana said they no longer have a date for the reopening of the cath lab.

Hospital sources confirmed last week that there had been a meeting to discuss the delays in opening the cath lab.

Bayeni said this week that he had asked the infrastructure department about the cath lab and the reply was that the “project is still on but indicated also that we should be operational by now.”

He promised to respond with more information soon. MC