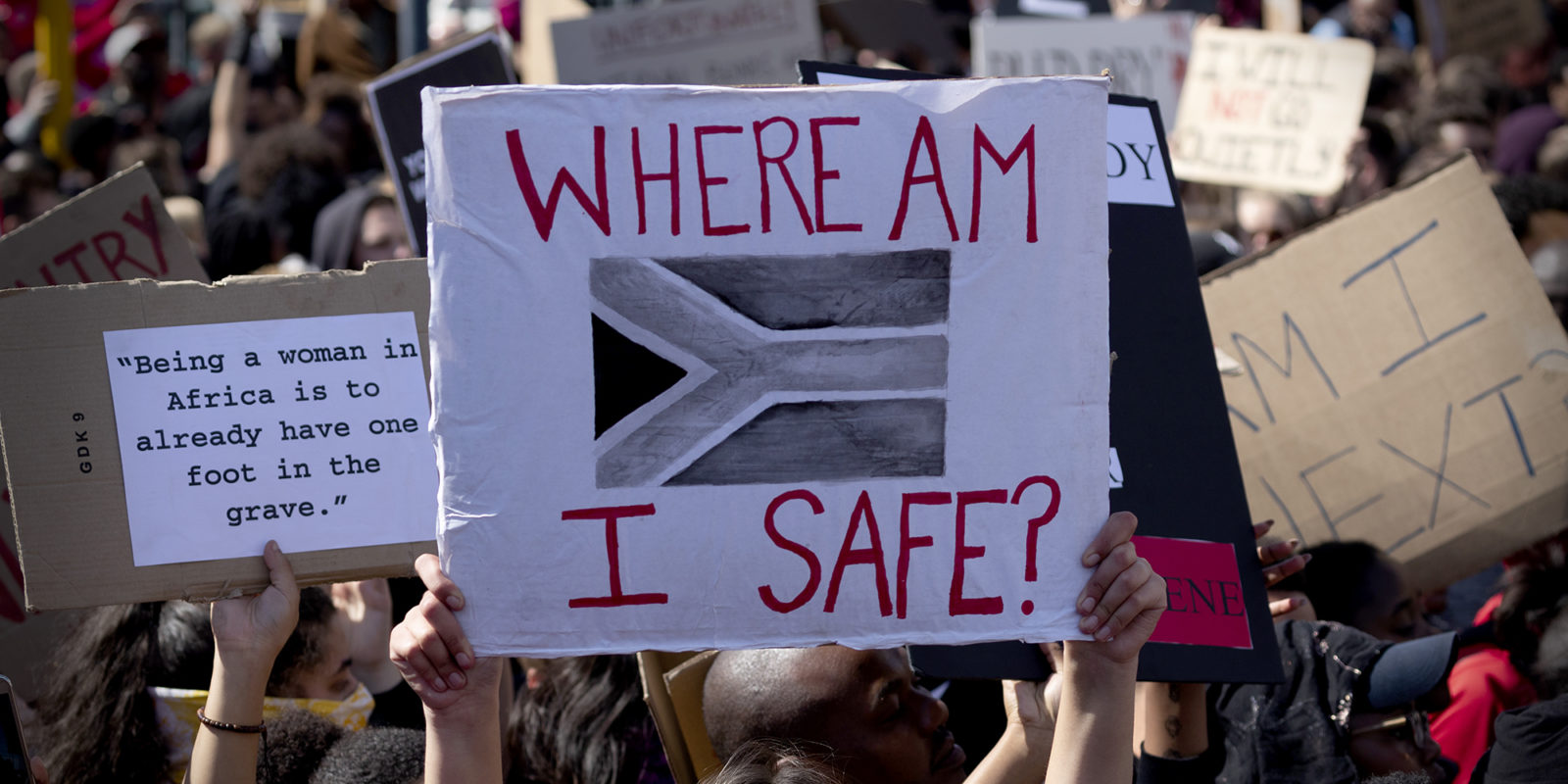 The premier of the Eastern Cape, Oscar Mabuyane, in his State of the Province Address (SOPA) on Tuesday, promised that his government will roll out monthly gender-based violence awareness campaigns and more police reservists for traditional areas.

Eastern Cape is hard-hit by violence against women and children, with more than 30,000 crimes with women and children as the victims recorded between April 2018 and March 2019 and dismal conviction rates, according to statistics released by the MEC for Roads, Transport and Safety, Weziwe Tikana last year.

During his State of the Province Address (SOPA) on Tuesday, Eastern Cape Premier Oscar Mabuyane announced that his government will roll out monthly “practical awareness campaigns” in communities to combat this scourge. The Eastern Cape government is launching its gender-based violence and femicide emergency response plan on Wednesday.

“The United Nations has declared the 25th of every month as an International Day for the Elimination of Violence against Women. We are called upon to observe this day by wearing an orange ribbon to raise awareness against gender based violence. In our province we will go a step further by ensuring that on the 25th of every month we roll out practical awareness campaigns in our communities.”

He added that one of the goals of the response plan is to “give victims access to justice”.

“As a government, we have taken a decision to employ 2,390 police reservists for all 239 traditional councils in the province for visible policing. In addition, more than 2,000 detectives have been trained to deal with cases of gender-based violence and femicide in the province,” Mabuyane said.

Democratic Alliance spokesperson for safety and security in the province, Bobby Stevenson, questioned this statement.

“I don’t think they can employ police reservists. The police must do that. But also, where are these people going to come from? According to statistics released by Tikana, there were 677 reservists left in the province,” he said. “Maybe these will be some other type of community safety officers.

“If we are going to deal with gender-based violence, it must start with educational programmes in our schools where children are taught to have respect for others’ humanity.

“Secondly, there needs to be adequate police protection for the victims. There must be rapid response. This isn’t happening at the moment. It will be difficult to make a dent in the problem without these two strategies.”

Community activist Nosintu Mcimeli, from the Ngqamakhwe village in the Mnquma Municipality, approved of the premier’s idea.

“It will work here in the beginning but then they must chop and change the police groups every now and then because the police get used to the households and become close to the clans and then they will not help,” she said.

Referring to the recent spate of violent incidents on university campuses in the province, he added that the provincial government would launch a campus safety programme at institutions of higher learning. DM/MC

"Take a chance, won't you? Knock down the fences which divide. Tear apart the walls that imprison you. Reach out. Freedom lies just on the other side." ~ Thurgood Marshall