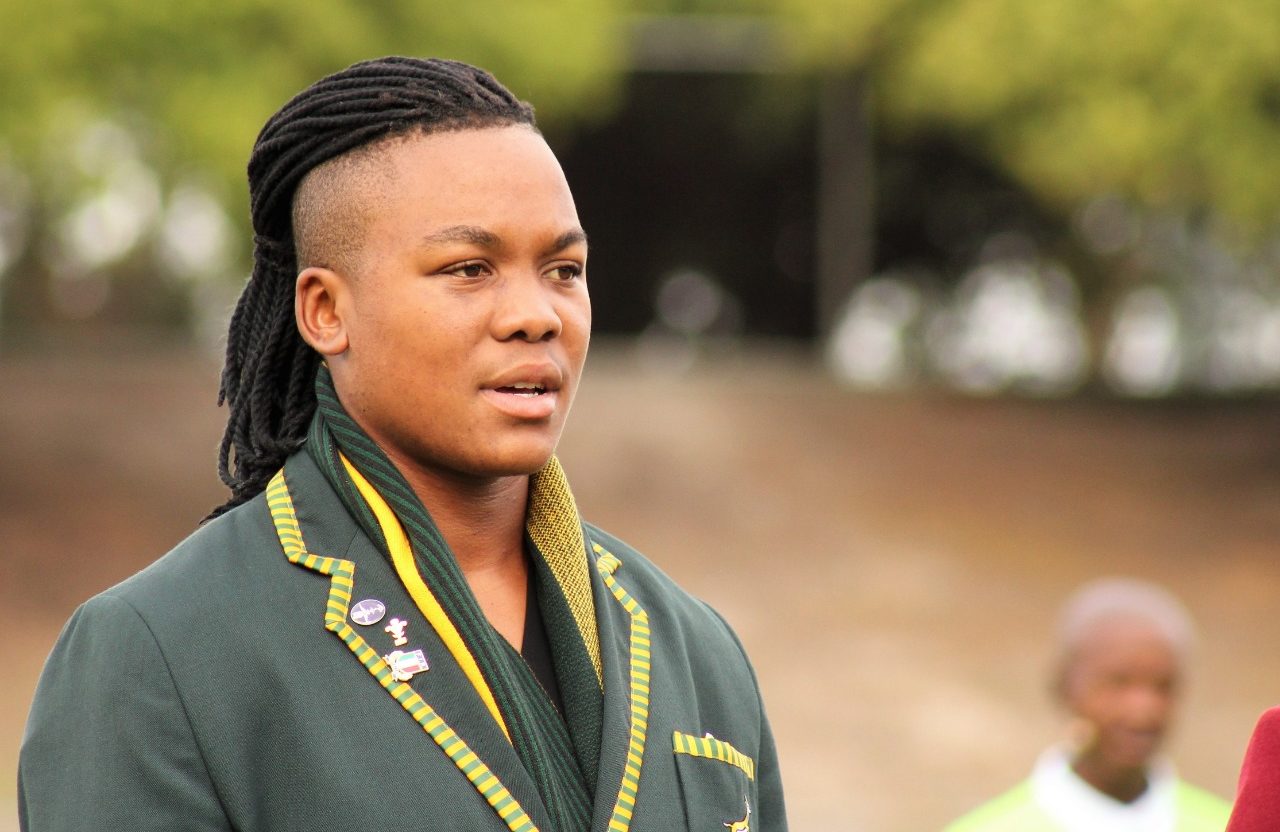 History-making Springbok prop Babalwa Latsha has big dreams for herself and her peers in women’s rugby.

In the first week of January 2020, Springbok Women’s prop and current captain, Babalwa Latsha, jetted off to Spain.

That flight was no ordinary one. It represented a big step for the 25-year-old’s career, and a giant leap for women’s rugby on the African continent.

Her move to SD Eibar Femenino, a team in the top tier of Spain’s rugby league, meant she became the first African woman in the sport to go pro.

“I am extremely proud of such an achievement. I think that it’s a little triumph, not for me, but for women’s rugby as a whole. With it I’m hoping that in the near future we’ll see a lot more African female rugby players plying their trade overseas,” Latsha told Daily Maverick.

Born in Khayelitsha, Cape Town, Latsha comes from a tight-knit family of four. She grew up with her mother, father and younger sister.

Her sister, who is 13 years old, has since followed in her big sister’s steps and has taken up rugby as well.

Latsha shares with Daily Maverick that she hopes her success can show young girls and boys who come from disadvantaged communities that anything is possible.

However, she also hopes that a time will come when it is not a big deal to be a community success story.

Since her arrival in Spain, Latsha has settled in quite well, despite moments where she has been hit by bouts of homesickness. The prop says she has found her rhythm in Eibar – with the help of her teammates.

There is also a mix of religions. “Then there is myself who is African, plus two other girls who are from New Zealand,” says Latsha.

“So, that within the team set-up has made it a little bit easier to integrate because everyone is so open to different cultures and they are generally a welcoming group,” she adds.

Despite difficulty with the language – she says no one speaks English – she has done all her talking on the field of play.

To date, the prop has scored 12 tries in five games, including a hat trick in her third game.

Performances like that will be crucial in ensuring that Eibar renews her short-term contract when it expires at the end of the Spanish season in April.

Latsha has juggled academia with her rugby career. The University of the Western Cape (UWC) alumnus holds an LLB degree which she obtained in 2019.

The Capetonian started playing rugby in 2014 and her meteoric rise saw her advance from UWC’s Women’s Sevens team to the Western Province women’s team and then the Springbok Women’s team.

She had her first taste of international rugby in 2017 when she toured the United Kingdom with the SA Select Women’s team where they faced the British Army and the England Academy teams.

Latsha says she became a rugby player by chance. Before rugby, she was playing football and doing athletics (field events). Then she was approached to join the UWC sevens rugby team for an upcoming tournament, where she thought she would just be making up the numbers.

She ended up playing in that tournament and has never looked back.

In 2019, five years after that tournament, the prop captained her country to qualification for the 2021 Women’s Rugby World Cup, a feat she is extremely proud of.

The South African Rugby Union (Saru) was congratulatory about the 25-year-old going pro. “It is a massive achievement for any rugby player to earn their first professional contract, and to achieve this is in women’s rugby is a particularly remarkable feat,” said Saru CEO Jurie Roux in a statement.

“Women’s 15-a-side rugby is still an amateur sport in South Africa mainly due to the lack of sponsorship and funding, but despite this Babalwa has proved that with passion and dedication anything is possible.”

Lwazi Mzozoyana, a mentor and manager to Latsha, says there was great excitement about the Eibar offer. “She had received a lot of interest from international clubs, and after discussing it we believed that the Spain option would be a great first step. Babalwa is a pioneer,” said Mzozoyana,  who met Latsha when he coached women’s rugby at UWC in 2016.

“Her being the first woman to receive an international contract is an immensely proud moment. We both recognise that this opportunity serves to open more opportunities for her and others in her sport. This opportunity in a way serves to let the international rugby women know that South African women in rugby are coming. I am super proud,” he adds.

Latsha says she has been impressed by the equality that she has seen in the sport of rugby in Spain, and more specifically within the structures of her team.

The 25-year-old added that she feels that so much more still needs to be done to improve women’s rugby in South Africa.

“Women’s rugby in South Africa has a very long way to go .. We’re even further behind if we compare ourselves with our male counterparts. Now, what I think needs to be done is that we need to be able to make women’s rugby appealing to the general public. We need to have the sport marketed properly, we need to have funds because that is where it all begins and ends,” says Latsha.

Latsha is hopeful that one day, after she has hung up her boots, she can use her LLB qualification for the betterment of women’s rugby in South Africa.

“It would be a good time to plough back into the sport. To be able to use the type of qualification I have to be able to influence some kind of policy or decision-making authority in the sport. Ultimately, I would like to be in a position where I have a voice in the boardroom where decisions are made regarding women’s rugby.”

But there is no rush. For now, South Africa and the world will enjoy watching her performance on the field. DM