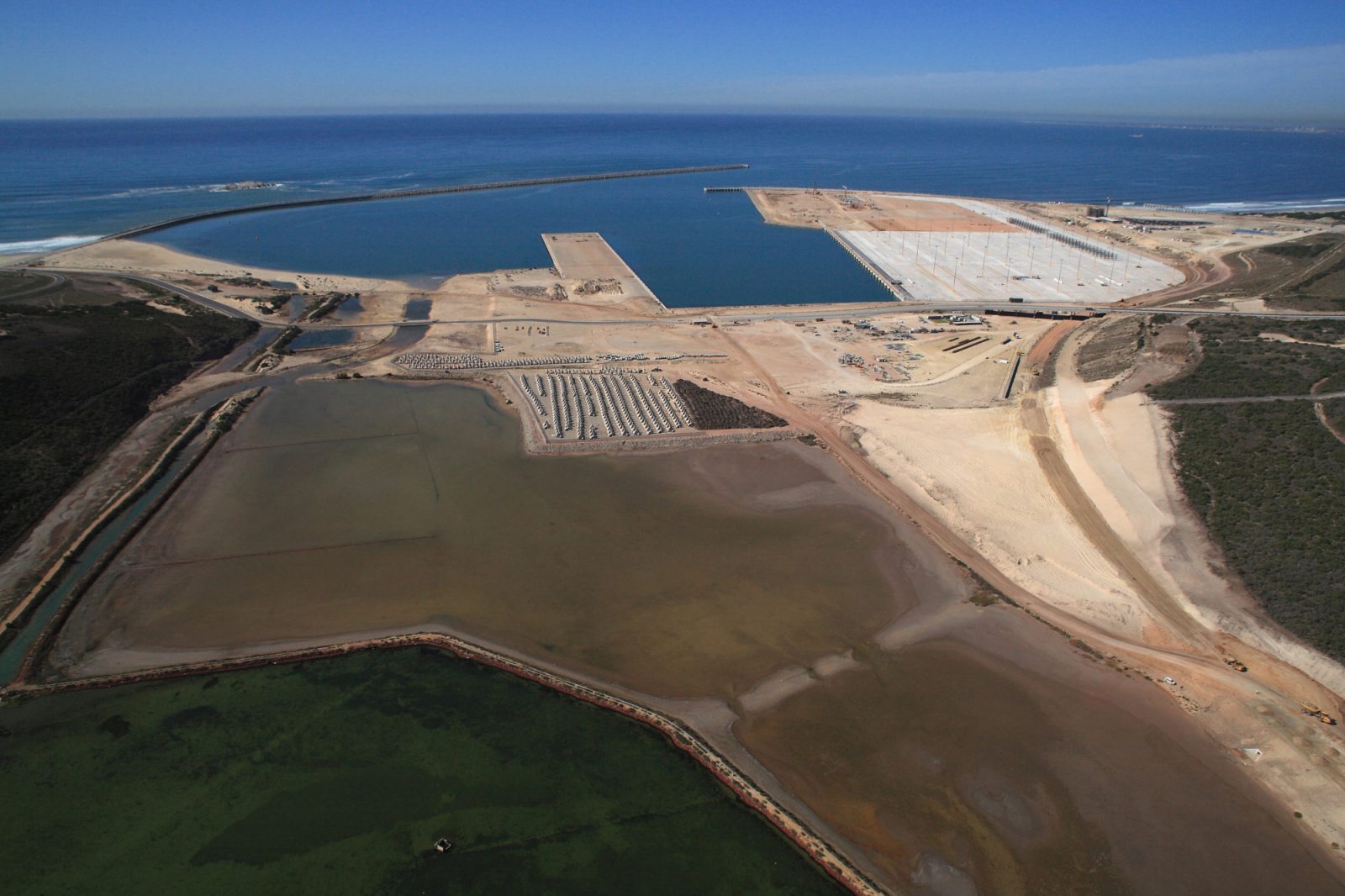 The Eastern Cape premier’s State of the Province Address was dominated by announcements of multibillion-rand construction projects, even though some have already been years in the making.

Eastern Cape Premier Oscar Mabuyane’s State of the Province Address (SOPA) was done on a budget of R500,000, according to the press briefings before the event – much less than last year – but it remained heavy on promises of jobs and infrastructure development.

He called on South African Airways to reinstate flights to the province to boost tourism in the region. Flights between Johannesburg, East London and Port Elizabeth have been cancelled from March 1 after the airline went into business rescue.

Before the commencement of his speech, members of the Economic Freedom Fighters were asked by speaker Helen Sauls-August to remove themselves from the chamber as they were inappropriately dressed. The party’s signature red overalls are not considered proper attire in the legislature.

EFF national spokesperson Vuyani Pambo has called for an inquiry into their removal.

“These are the same overalls that the EFF wears in the National Assembly and for arms of government beneath the National Assembly. To attempt to enforce ridiculous dress codes not only reveals ideological inferiority but a gross misreading of laws that govern legislatures.

“Instead of enlightening the legislature on their job strategy for the province and on the plan to provide fishing licences to rural communities in order to open up the maritime economy to rural people, the speaker chose to unleash bouncers on the opposition,” Pambo said.

Democratic Alliance leader Nqaba Bhanga said the violent removal of the EFF from the legislature was unacceptable. He added that several of the initiatives announced by Mabuyane were not new and had been announced by previous administrations before they fell by the wayside.

“These initiatives have been revived by the premier, with millions more being allocated, and no guarantees that anything will change,” Bhanga said.

Mabuyane, however, sounded upbeat about the prospects for the province this year and focused much of his speech on planned infrastructure development and the possibility of jobs.

According to the latest figures released by Stats SA, the Eastern Cape has the highest unemployment rate in South Africa, at 39.5% and an expanded unemployment rate of 47.7%. The province is also the worst-performing province in terms of job creation.

“Yes, we could have and we should have done more than we have done in the past 25 years to improve the living conditions of our people. We have had challenges, we acknowledge them, but they are far outweighed by our successes, thus we can boldly claim that the promise of a better life for all is still alive,” Mabuyane said.

He added that 2019 had been a “challenging year” for the province on the economic front. “However, we persevered and made the best out of our worst situation.”

He said that in the past year the Coega Special Economic Zone had signed up 18 new investors who had pledged investment worth R2.6-billion. Since March 2019, the Coega Development Corporation has signed four new lease agreements, with the companies all pledging to invest more than R110-million, Mabuyane said. In the East London Special Economic Zone, there were 14 projects under construction.

“These projects have created a total of 2,000 direct construction jobs in the zone and this is estimated to grow to 3,000 jobs by the end of the financial year.”

Mabuyane said most of the 14 factories operate in the automotive sector and another 1,600 jobs, especially for young people, will be created by March 2021.

“We welcome the multibillion-rand investment by VM Automotive in Berlin, which has already injected R450-million for the construction of a factory to supply aluminium and steel blanks to Mercedes-Benz. What excites us even more is that VM Automotive is the ﬁrst 100% black-owned ﬁrm to participate in the Mercedes-Benz space and this is a good development for the transformation of the automotive sector.”

He said his government was in talks with Transnet to increase the capacity of the railway line between Johannesburg and Port Elizabeth to facilitate an increase in exports from the city’s harbour.

Mabuyane said his government had “fast-tracked” the appointment of 333 nurses and nursing assistants in the health sector. The next four years must be an “era of job creation and socio-economic development” in the province.

“[W]e must also acknowledge that the majority of our people remain spectators in the mainstream economy. The greatest challenge we face in our province in this 26th year of our democracy is unemployment and youth unemployment in particular. The plans we are going to present here today are aimed mainly at creating jobs for the youth of our province.”

He said R1.1-billion that had been approved over the medium term for the provincial economic stimulus fund would be used to boost agriculture, agri-processing, film, industrialisation, manufacturing, the maritime economy, tourism and rural and township economies.

Mabuyane announced that a “significant land deal” has been concluded with Transnet to move the manganese export terminal currently at the Port Elizabeth Harbour and that this will pave the way for the development of the Port Elizabeth waterfront.

“Pursuant to our efforts, the Department of Mineral Resources and Energy has pronounced that the Liqueﬁed Natural Gas (LNG) project will be implemented in Coega to unlock the potential of the gas industry in our province. Transnet has committed to cooperate with the public and private sectors on this LNG gas project.”

Both these plans have been in the making for a number of years.

Mabuyane announced the upgrade of several of the province’s roads and grading of gravel roads and added that several new office buildings will be constructed for government officials to create a “conducive work environment to serve our people”.

He said there were plans to establish four inter-regional and inter-modal public transport terminals in Port Elizabeth, East London and Mthatha. Railway stations would receive an upgrade of R142.5-million.

Mabuyane barely mentioned the drought in the province aside from thanking NGO Gift of the Givers and Vodacom for their assistance.

“We will ramp up our agricultural activities in order to ﬁght poverty by expanding our hectarage under production.  With respect to the provision of agricultural infrastructure, we are going to make available 27 livestock handling facilities, 60 auction facilities, five agri-hubs and 25 agro-processing facilities. Our trade promotion projects secured R516-million worth of trade agreement with [Kuwait-based] Almawashi and this has created a market for farmers to sell their sheep.”

He said “phenomenal work” has been done to develop the Oceans’ Economy Master Plan.

“This plan is expected to inject a projected R10.4-billion into the provincial economy and create about 33,000 jobs after the ﬁrst ﬁve years of its implementation.” He added that part of the plan entails establishing small harbours at Port St Johns, Hamburg, Port Alfred and Gonubie.

With regard to youth job creation, he said, “We have set up a directorate in the ofﬁce of the premier which will ensure effective mainstreaming of youth programmes in government. These will include interventions to support the young people of our province to sustain their businesses and receive skills training.”

Mabuyane said the province aimed to attract one million domestic and international tourists during his term in office and called on South African Airways to reinstate the Eastern Cape routes.

He concluded by saying lifestyle audit guidelines for public servants would be implemented by 2022. MC