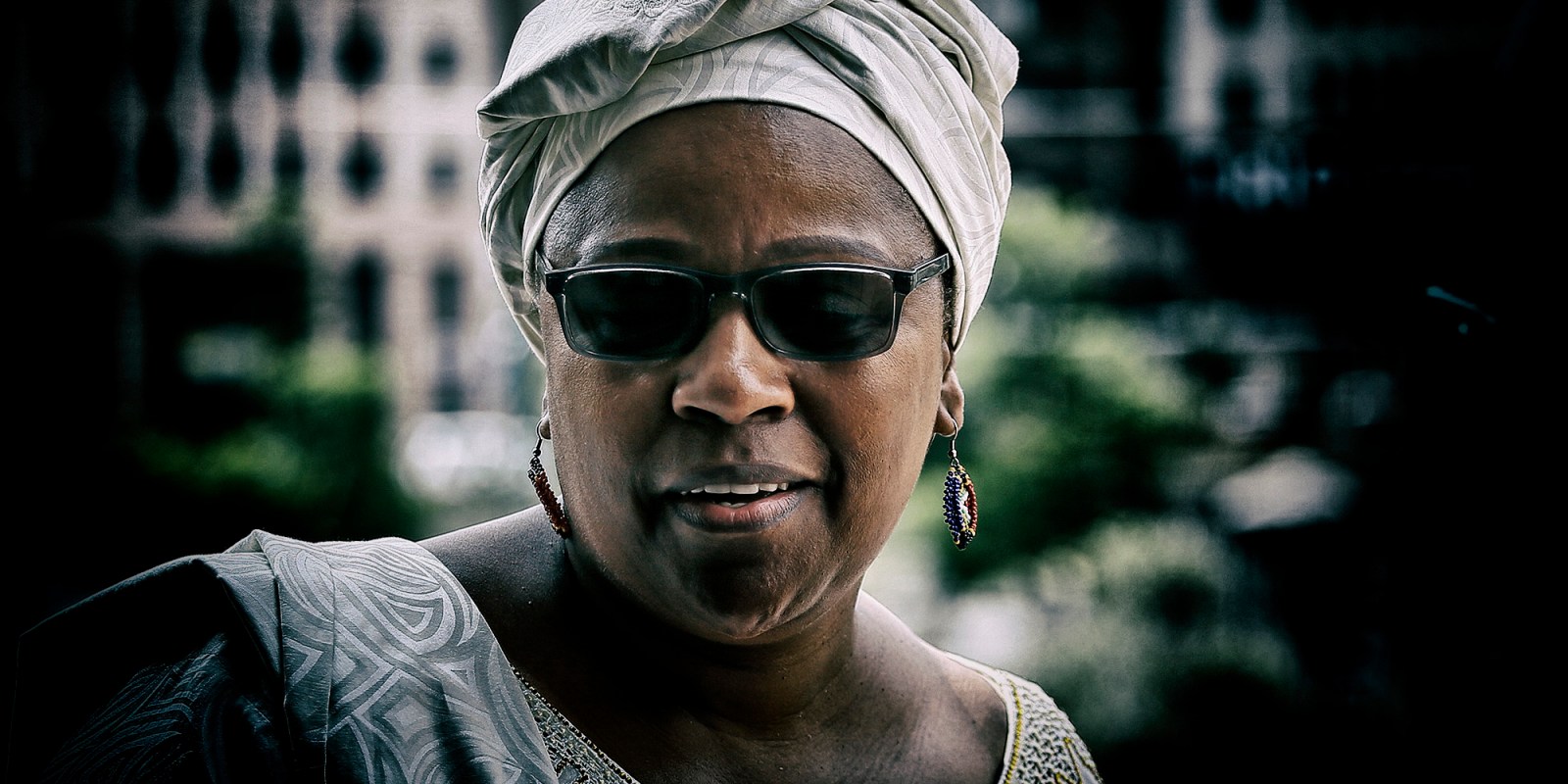 Dudu Myeni has often been illogical and evasive under cross-examination during her delinquent director hearing. The outcome appears to be a fait accompli, but Myeni has another, more costly, challenge ahead.

Former SAA chairperson Dudu Myeni was served with a summons at the North Gauteng High Court on Tuesday, where a hearing is being held on whether to declare her a delinquent director. The new summons could lead to her forking out over R1-million for her role in the failed criminal case against forensic expert and certified fraud examiner, Paul O’Sullivan.

In 2018, O’Sullivan launched legal proceedings against Myeni and 10 others, including the ministers of police, justice and members of SAPS and the NPA, with claims amounting to around R160-million in relation to his April 2016 arrest, detention and subsequent failed prosecution.

O’Sullivan said his lawyers at Hurter Spies Inc gained permission from Judge Ronel Tolmay, who is presiding over the Organisation Undoing Tax Abuse (Outa) and SAA Pilots’ Association’s attempt to have Myeni declared a delinquent director, to serve the former SAA chair with the summons while she was appearing in court because they weren’t able to locate her previously.

“This was necessary because she has been deliberately ducking and diving since the summons was issued in 2018. We have countless reports of ‘the lights are on, but there’s no one at home’ or ‘we saw the curtains move, but no one would come to the door’,” O’Sullivan told Daily Maverick on Tuesday.

In his court papers, O’Sullivan, who had long been investigating alleged corruption at SAA, claimed Myeni maliciously collaborated with police “by laying a false charge of extortion, intimidation, fraud, forgery and uttering against the first plaintiff with the police at the Kempton Park Police Station”.

O’Sullivan’s civil case, which includes a wide range of allegations, calls on the court to award him around R160-million. He has asked Myeni, the police minister and justice minister to pay R1.2-million, with interest, for his false arrest, detention and prosecution “jointly and severally, the one paying the other to absolved”.

O’Sullivan has also laid criminal charges against Myeni, who chaired SAA between 2012 and 2017.

“Now she will have to plead to the claim, something she has dishonestly avoided doing since 2018,” he said on Tuesday.

“After she has pleaded we can set the matter down for trial and then she will have another chance to give her version of events, where she will no doubt again draw on her creativity.”

“Outa wants her to be declared a delinquent director. Forensics for Justice want her in prison and also want her to pay up,” he said, referring to his organisation.

Myeni has repeatedly denied wrongdoing while testifying in the delinquency hearing but she has struggled to provide evidence to prove she acted judiciously and has often been evasive or illogical.

On Tuesday, Outa’s advocate Carol Steinberg continued to question Myeni about her role in obstructing a 2015 SAA deal with Airbus to convert a 2002 purchasing agreement into a more cost-effective lease deal that would have saved the embattled airline billions.

The deal had earlier been approved by the SAA board in March 2015 before it was approved by then finance minister Nhanhla Nene, who instructed the board to have the CEO and CFO sign it. Instead Myeni intervened, due to a board resolution, she claimed without evidence, and told Airbus SAA wanted to introduce a local financier as a middleman.

Steinberg read a letter from Nene to Myeni after she had failed to proceed with the deal or provide information on the new proposition.

“The lack of urgency from the airline is eroding trust from stakeholders including lenders and Parliament,” he said.

The advocate cited an opinion compiled by SAA’s legal department that said the airline was “financially distressed and currently trading under insolvent circumstances” and the proposed amendments to the deal, of which there were no details, would make matters worse.

If the deal SAA and Airbus had already agreed to failed to go through, the airline would have to pay the aircraft manufacturer $17-million immediately and $100-million within 30 days. It would avoid those payments if it agreed to the deal.

“Everything, my lady, that I am admitting to is based on the then understanding and the ongoing negotiations with Airbus,” said Myeni.

“Any error of judgment occurs in any normal business there is nobody that would want to take a wrong decision deliberately especially with the care that we were exercising in that process,” she added.

In 2015, Myeni had claimed Nedbank had approached the airline to intervene and help organise finance for the deal but Steinberg accused her of misleading the minister and Parliament.

“We have repeated evidence in writing and from our witnesses that there was never local finance available,” said Steinberg.

Myeni has repeatedly tried to claim that members of the board were fulfilling their fiduciary duties by delaying the Airbus deal, claiming it was only negotiated by three SAA executives, was not compared to any other offers and would see SAA getting aircraft it doesn’t need.

This is despite evidence that SAA, Treasury and Airbus set up teams to negotiate the details and financials and it had board and Treasury approval. Myeni’s claim that the board was worried that Airbus was the only supplier considered was also a distraction, as SAA was trying to renegotiate a more affordable option to the 2002 deal it had with Airbus.