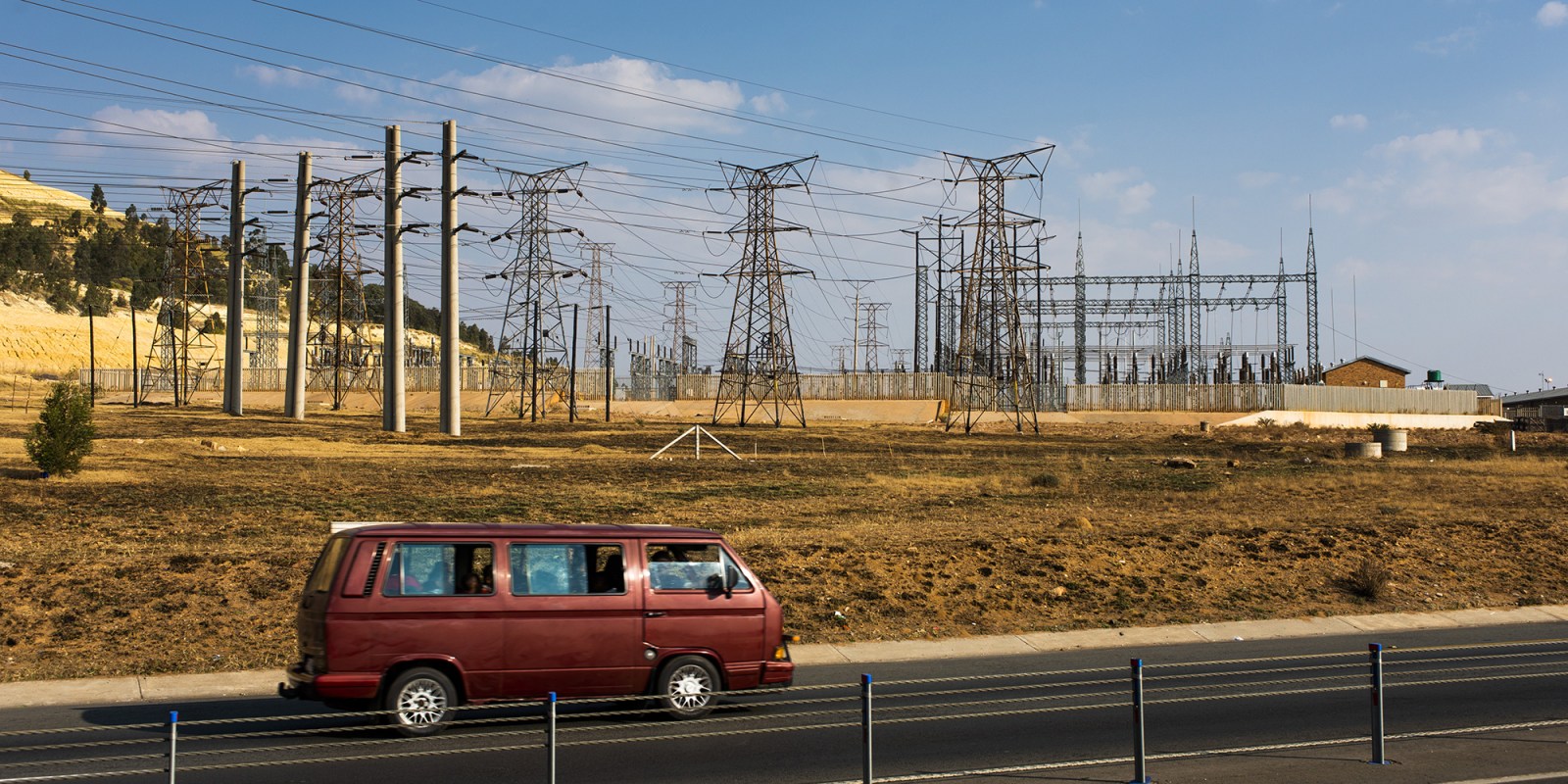 The Gauteng Housing and Electricity Crisis Committee gathered in Rockville, Soweto to mobilise against the high cost of electricity and to call for those responsible for plundering the power utility and other state-owned entities to be decisively dealt with.

Communities united under the banner of the Gauteng Housing and Electricity Committee gathered in Rockville, Soweto on Sunday February 23, to discuss ways to mobilise and fight the rollout of electricity meters, debt running into billions of rand, and ongoing power blackouts. The communities said that if the government was serious about solving the crisis in which Eskom finds itself, suspected State Capture criminals should be prosecuted.

The communities said the state was blaming the power crisis on communities when there are people at large who had siphoned off money from Eskom. The communities blamed the indecisiveness in dealing with suspected State Capture criminals on the “shortcomings” of Thuma Mina, President Cyril Ramaphosa’s leadership trump card.

General Moyo, representing the Makause Community Development Forum, said, “All of those who wittingly looted the country’s resources are the ones who contributed to the current mess Eskom is in. They must be decisively dealt with, held responsible and asked to pay back what they stole.”

Moyo called on the state to devise means of cancelling the debt and dealing with the crisis at Eskom. If this were to materialise, it would not be the first time that Eskom has written off debt. He said the debt owed to Eskom by municipalities should be attributed to the “legacy of apartheid” through which the working class would pay until death.

Seth Mazibuko of the Gauteng Housing and Electricity Crisis Committee, said, “We have been loud about how the Brian Molefes have been let loose with golden handshakes instead of in handcuffs. The poor are punished and their leaders are arrested when they protest.”

Mazibuko claimed that suspected State Capture politicians had also promised people that their electricity debts would be cancelled if they voted for the right party. Mazibuko said politicians like Malusi Gigaba had made false promises to the people of Soweto.

“We are watching the Zondo Commission with keen interest, a commission which has been generous enough to show us how much State Capture contributed to the crisis at Eskom. We hope they will also be forced to pay back the money,” said Mazibuko.

Some who watched the goings-on in Soweto on Sunday said they were not sure if the gathering was the best means of venting the communities’ frustrations at Eskom.

“We know already that load shedding will be a part of our daily lives for the next number of months. Maybe what Eskom needs now is support from the whole country. If the new CEO knows he has the support of the whole country this would be an extra incentive for him to work even harder,” Katherine Mkhize, 32, from Orlando said from the sidelines.

Keith Duarte from the Gauteng Housing and Electricity Committee said, “Billions were squandered at Eskom through corruption that crippled the institution.”

Duarte lamented the culture of non-payment across all municipalities but said thorough engagements should be started with a view to finding a consensus regarding paying for services rendered, including electricity.

The communities also made the case for payment of a flat rate. Communities in Gauteng, especially Soweto, have previously raised the issue but Eskom never entertained it.

“Indeed, communities are asking for a reasonable and affordable flat rate,” Moyo said.

Duarte agreed, saying, “A flat rate is the way to go, especially in a country with so much inequality. The flat rate can be negotiated between communities, government and Eskom. A flat rate can also be implemented, and each and every citizen of Gauteng can contribute to recoup the billions owed to Eskom.”

Moyo told Daily Maverick that a flat rate would not further cripple Eskom’s finances and that it would be workable provided qualified people managed the process.

“If managed and collected by the very same crooks who tricked the current system through corruption and mismanagement, a flat rate would not work. Capacity building and training must be compulsory for those hired to collect the money,” Moyo said.

Mazibuko told Daily Maverick that in addition to flat rates, they were exploring alternative energy such as solar energy.

“We believe electricity is part of our demands for land, decent housing and jobs. We continue to consult and listen regarding the concept of a flat rate. If it passes, it must protect the poor and not promote the interests of the wealthy,” he said.

Eskom is owed billions by defaulting communities and Soweto alone owes the power utility R19-billion. Eskom has intensified measures to recoup money owed by municipalities and has communicated its intention to cut off defaulting municipalities. The power cut-offs have already begun in some areas around Soweto, including Kliptown and Dobsonville.

Another issue of contention is pre-paid meters. The system has repeatedly been rejected by many Gauteng communities, who say they cannot afford the high tariffs. Mazibuko said there was no way communities would accept the pre-paid meter system.

“Who is installing the gadgets, at what cost, and who is selling the electricity?” asked Mazibuko.

The communities said they had had enough of load shedding and could no longer afford the high cost of electricity.

The meeting in Soweto was attended by Gauteng communities who said they were in solidarity with the people of Soweto. They also told Daily Maverick that they were against the privatisation of the power utility.

During Sunday’s meeting, it became clear that defaulting communities were  not prepared to fork out.  They blamed the debt on the legacy of apartheid, arguing that the current billing system was an invention of the apartheid regime.

Eskom has previously articulated its position on the issues that were aired at the meeting and there is no suggestion that the power utility has changed its stance. Power cut-offs continue for those communities that fail to pay and the rollout of prepaid electricity meters continues amid strong resistance from residents. The power utility has never entertained the issue of paying a flat rate.

Communities said they would continue the fight for justice in addressing the province and the country’s power issues.

“If Eskom is to cut off the supply of electricity it will not be for the townships only but also the suburbs and malls,” said Mazibuko.

“We are going to focus our struggle towards the capitalists and tenderpreneurs that are using us for their end… those that are building malls in our townships and not supporting the call for either a flat rate or alternative energy. Eskom’s punishment of the poor for failing to pay – to us that is also another form of State Capture.” DM