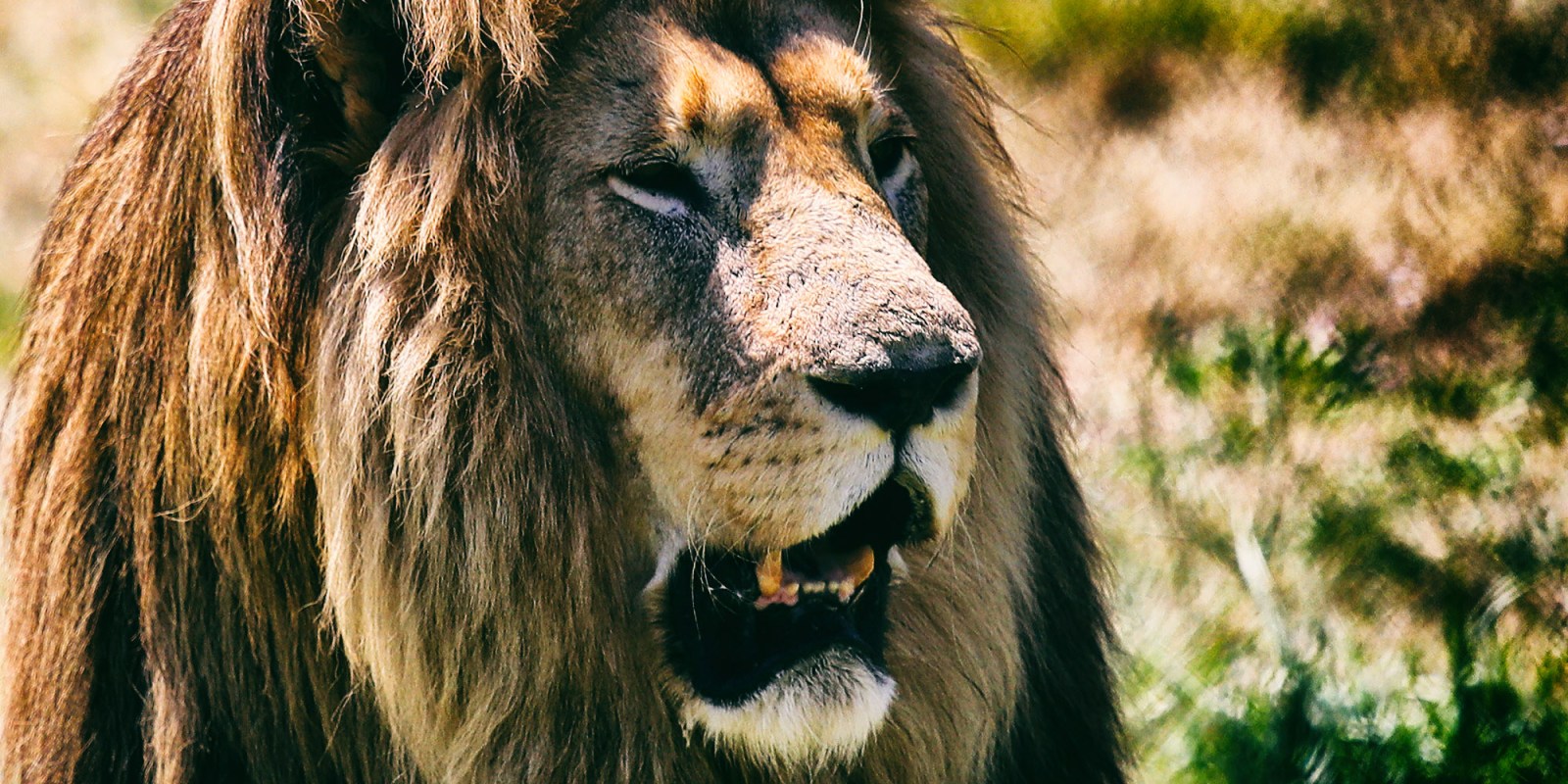 A Chinese ban imposed on Monday 24 February 2020 by the Standing Committee of the National People’s Congress covers all forms of wildlife consumption and will have an immediate impact on exports. (Photo: EPA-EFE / Kim Ludbrook)

The Chinese government has placed an immediate ban on the illegal trading of wildlife and the consumption of wild animals. This follows a link between pangolin meat and the coronavirus outbreak.

Despite international outrage, South Africa is allowing a quota of at least 800 lion skeletons a year for consumption in South-East Asia, including China, where they’re used for traditional medicine and tiger bone wine. They’re not checked for TB and could be infused with dangerous tranquilisers used to pacify the animals before they’re shot.

As the bones are consumed or used in food processing, the export is violating both South Africa’s Foodstuffs Act and the Chinese ban on imports.

The ban imposed on Monday 24 February 2020 by the Standing Committee of the National People’s Congress (China’s top legislature) covers all forms of wildlife consumption and will have an immediate impact on exports. It said the move “aims to safeguard biological and ecological safety and effectively prevent major public health risks, among other purposes”.

The latest findings on lion bones underline the wisdom of such a blanket ban, adding another dimension to the health threat from wildlife consumption.

The tuberculosis virus is tenacious. It can survive in bones ground to powder and scraps of meat attached to them. For this reason, according to Professor Irvin Modlin of the Yale University Medical School, says South Africa’s export of lion bones to China and Vietnam poses a considerable health risk.

Added to that is the danger of the tranquiliser mostly used in the slaughter process. The South African Veterinary Association (Sava) has confirmed that the procedure is not regulated. The association has warned that the tranquiliser may be harmful and even lethal to humans and to other animals which feed on the carcasses of darted animals.

“These products carry a warning: Do not use in food-producing animals,” says Modlin. “One of the products typically used is teratogenic and can cause abnormalities of physiological development during pregnancy, resulting in human congenital abnormalities and also in other non-birth developmental stages, including puberty.”

Sava says the tranquiliser and TB could be transferred in the production of tiger bone wine, for which lion bones are increasingly used. There is also a health risk to communities who are given lion meat by breeders after the animal has been deboned.

These warnings follow research that found a strong possibility that the coronavirus Covid-19 was transmitted to humans via pangolins and warnings that consuming wild animals carries considerable risks.

Following research into lion bone exports, the EMS Foundation became alarmed at the health consequences for workers slaughtering the animals as well as mainly Chinese and Vietnamese using imported bones.

In a letter to Health Minister Zweli Mkhize, the foundation asked him to define his department’s position on the human consumption of lion products and what export procedures were in place to avoid risks of direct and indirect contamination to humans.

The foundation also wrote to Agriculture Minister Thoko Didiza, pointing out that lion slaughter was not being carried out at registered abattoirs and could not be deemed safe for human consumption. Neither department responded.

The foundation noted that the Meat Safety Act defined unsafe as being “unsafe for human and animal consumption by reason of a disease, an abnormal condition, putrefaction, decomposition, contamination or residues, or by reason of exposure or contact”.

“As the lions which are killed and their defleshed body parts are not for human consumption in South Africa,” said the foundation, “this fact should not exonerate the state from seeing that the killing and rendering of the carcass process is conducted under the directives of the Animal Slaughter, Meat, and Animal Products Hygiene Act.

“It would also be expected that the state would take this into consideration as a statutory duty imposed by responsible practice and the Foodstuffs, Cosmetics and Disinfectants Act.”

An investigation by Senior Inspector Reinette Meyer of the Bloemfontein SPCA found the slaughter conditions on a Free State farm she visited, Wag-’n-Bietjie, owned by lion breeder André Steyn, to be almost beyond belief and far from sanitary.

“It was shocking,” she said. “We couldn’t believe what was happening. You could smell the blood. The lions got shot in the camp and then were all brought into this one room. The flies were terrible.”

She discovered lions were being left in small, cramped cages. A total of 54 lions had been killed at the farm in just two days. They were first hit with tranquilliser darts before being shot dead with a .22-calibre rifle.

It is understood they were shot through the ear directly into their brains “because overseas buyers will not pay for damaged skulls”. Some of the lions are believed to have been trucked about 400km to the farm from a “safari park” near Johannesburg.

“Dead lions, some skinned and others waiting to be skinned, littered the bloodstained floor,” said Meyer. “A pile of innards and skeletons lay elsewhere inside, while discarded internal body parts were piled high in overflowing black plastic bags on a trailer outside.”

The farm’s permits have been revoked.

Sava says TB can be transmitted to humans through accidental contact and through the consumption of animal meat or bone infusions such as lion bone wine. Lion meat, after the animal has been deboned, is also often given to communities, exposing them to harmful contamination.

He told EMS Foundation that “infected lions and lion bone have the potential to infect other animals or humans with bovine TB. It is inherently resistant to one of the four most important drugs used to treat primary human TB.

“Treatment of humans with this form of TB is therefore compromised. I am of the opinion that uncontrolled exposure of humans to bones from animals, in particular lion bones, poses a risk for development of bovine TB.”

Rustenberg environmental lawyer Carel Zietsman has reiterated that the tranquilliser used on lions can be lethal if it enters the bloodstream of humans. It can also be lethal to animals who feed on the carcasses of darted animals.

“There is no guarantee that the product is not transmitted into the bone structure of the animal and that South Africa is not exporting poisonous products.

“In environmental law, where it’s not always possible to predict environmental consequences, the law requires one of three judgments in what is called the precautionary principle:

“The first is cautious progress until findings of innocence are made; the second is ordinary progress until findings of guilt are made; and the last is the ‘no-go’ approach until intensive research has been conducted into such a process. In the case where human lives are at stake, it is my submission that this last route should be followed and lion slaughtering should stop immediately.”

It is clear these principles are not being followed in the lion bone trade. The Chinese wildlife ban could be the death knell of the lion bone industry – not a moment too soon. DM