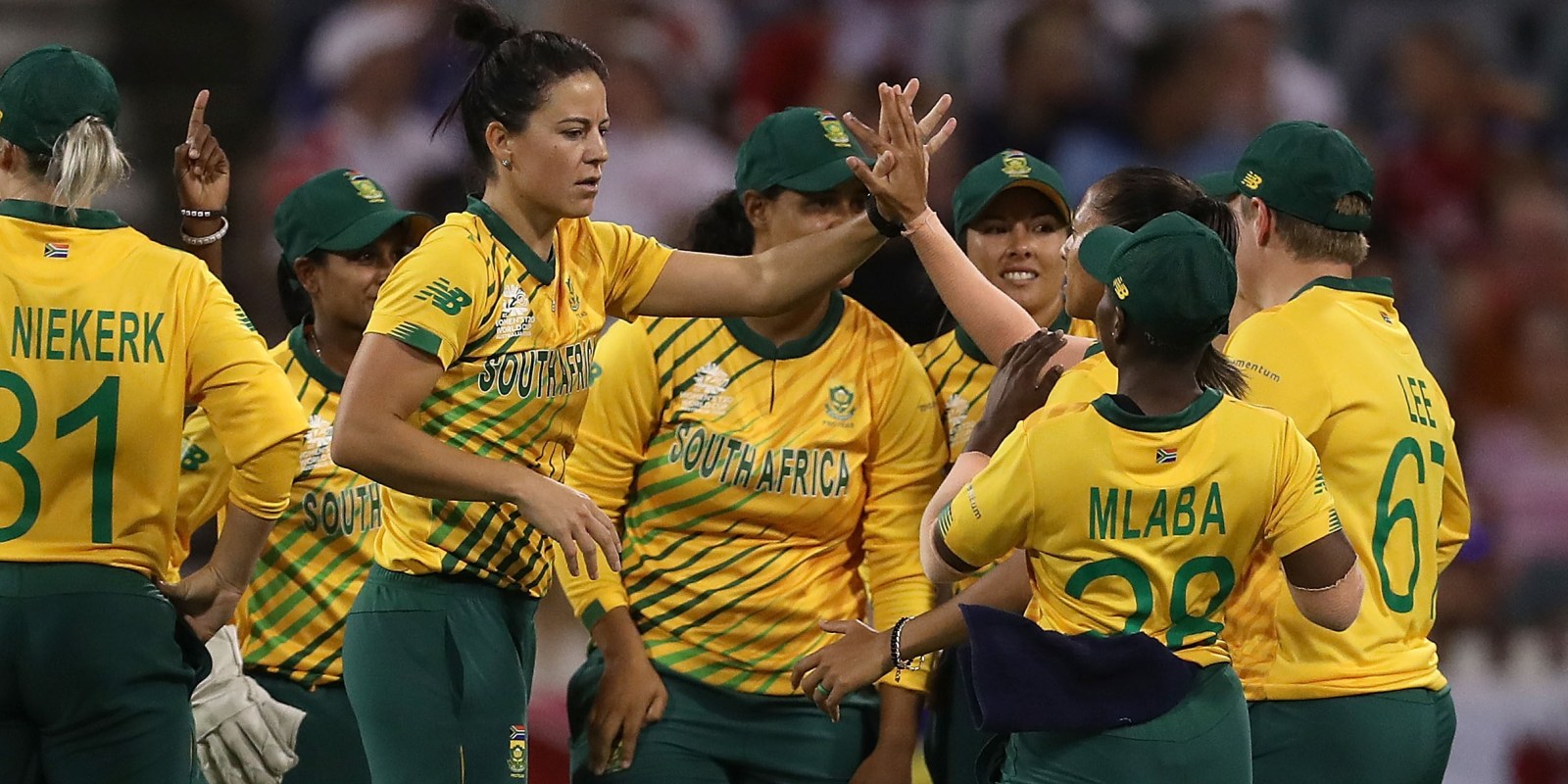 South Africa made an impressive start to their T20 Women’s World Cup campaign on Sunday with veteran Mignon du Preez seeing the team over the line against England.

Mignon du Preez, playing in her 100th T20 international for South Africa, showed nerves of steel to lead the Proteas women’s team to a famous six-wicket victory over fellow title favourites England in Perth on Sunday.

When Du Preez came to the crease, the Proteas needed 34 off 23 balls to win. Du Preez’s experience of being the first women’s cricketer to reach the milestone of 100 T20 caps for South Africa was evident as she steered the team home with 18 unbeaten runs from 11 balls.

“Growing up, I always wanted to represent my country and to reach the milestone (100 appearances) at the World Cup is pretty special. It really is a dream come true,” commented Du Preez before the game which took place at the iconic WACA stadium.

The batter came into the match having amassed 1,666 T20 career runs, including seven 50s and a strike rate in excess of 100 and showed why she is a veteran of six T20 World Cups as the Proteas kicked off their campaign in the best possible way.

The win was South Africa’s first over England at a major International Cricket Council (ICC) event.

The Proteas had won the toss, with their captain Dane van Niekerk electing to bowl first.

Quicks Marizanne Kapp and Ayabonga Khaka led the way up front with a wicket apiece, removing openers Amy Jones and Danielle Wyatt in the process and restricting the English to 31 for two in the powerplay.

Van Niekerk joined the party when she dismissed England’s captain Heather Knight. The skipper was sent packing courtesy of a brilliant running catch from Shabnim Ismail.

The pair then combined again to remove Fran Wilson, before Khaka came back into the attack to finish off what she had started. She ended the game with figures of three for 25, including the scalp of top scorer on the day, Natalie Sciver (50).

The bowling and fielding masterclass from the Proteas left England with a total of 123 for eight in their allotted 20 overs.

That brought Kapp to the crease. She, with Van Niekerk, steadied the ship for the Proteas. The pair put on an 84-run partnership before Sarah Glenn snared a crucial wicket for her team by taking a return catch off her own bowling to dismiss Kapp for 38.

The remnants of that partnership were destroyed completely four balls later when South Africa’s captain was out four runs shy of a well-deserved half-century.

With that, the Proteas had two new batters in the middle – Chloe Tryon and the calm Du Preez, who didn’t flinch as the match reached the wire.

England did their best to put them under pressure, recording crucial dot balls that sent the required run rate sky-high in the final overs. Tryon raced to 11 runs off 11 balls, but was dismissed two balls after smacking a six.

The Proteas were left needing nine runs in the final over for victory. And who better to be in the driving seat than the dynamic Du Preez.

After a couple of singles to start off the over, South Africa’s centurion slogged a slower ball for six. One run needed for victory.

Du Preez finished it off in style, pulling one for four runs and giving her team a crucial victory in group B.

“This is a special day for our cricket,” commented Proteas captain Van Niekerk, who was named Player of the Match for her contribution with bat and ball. “Mignon is one of the most respected women’s cricketers in South Africa.”

Their next outing is against group outsiders Thailand on Friday. They finish the group stage with matches against the West Indies and Pakistan. DM/MS