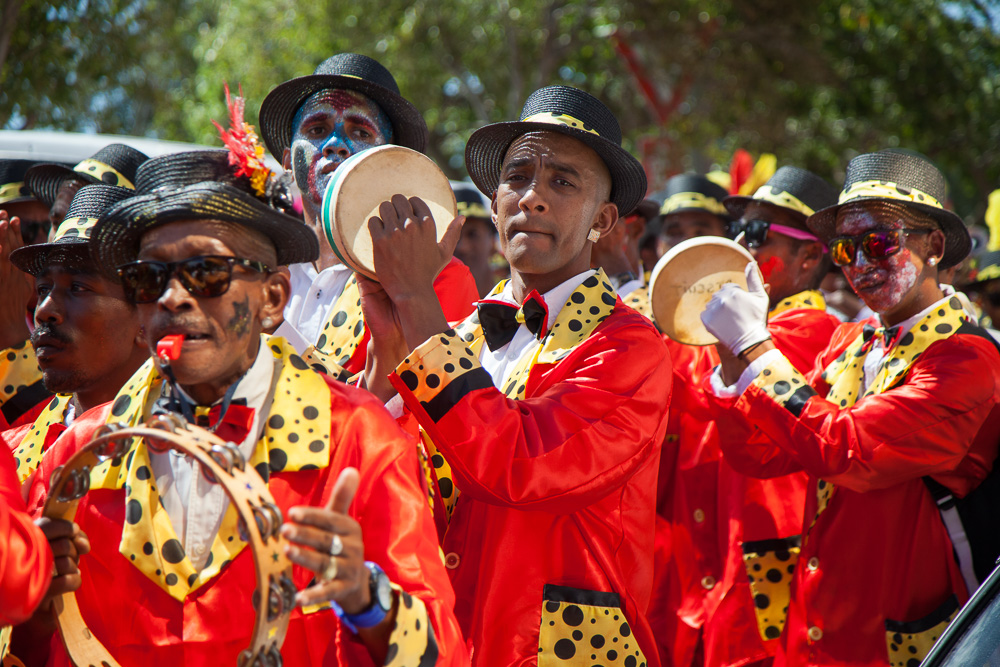 Six years ago the Lottery awarded R13m for a museum which still does not exist.

Nearly six years after the Lottery gave R13-million to establish a “Carnival Heritage Museum” intended to celebrate the colourful history of Cape Town’s minstrels, the museum still does not exist.

The annual minstrel parade through the streets of Cape Town dates back to 1890, with South Africa’s minstrels inspired and influenced by American minstrel troupes who visited Cape Town in the late 1800s.

But the social roots of the minstrels can be traced much further back — to slaves during the Dutch colonial era in Cape Town.

Though the minstrels are a big part of the fabric of Cape Town’s rich cultural history there is no museum dedicated to them.

The multimillion-rand grant to develop a museum was paid to the Cape Town Minstrel Carnival Association (CTMCA) in 2014. It formed part of a larger grant of R27.3-million that year, according to a Lottery statement of March 2015. The grant was split between “carnival costs” (R14.3-million) and “the Carnival Heritage Museum” (R13-million).

Our attempts to track down the museum have drawn a blank. Officials at Bo-Kaap Museum and the District Six Museum, which have some minstrel artefacts on display, have never heard of the Lottery-funded museum. Neither had officials at Cape Town Tourism, Iziko Museums, or two tourist guides who include cultural tours of Cape Town in their itineraries.

And an online search for a minstrel museum turns up nothing, while listings of museums in Cape Town, like this and this, also do not list a museum dedicated to the minstrels.

Over the past seven years, at least R85-million has been pumped into a variety of minstrel-related entities, with most of it going to the CTMCA.

The Lottery also gave R5.6-million to the Kaapse Klopse Karnival Association, a breakaway minstrel organisation, between 2011 and 2014. The Cape Town Carnival Trust received a total of R2.6-million in 2016 and 2017.

The Western Cape Government also gave grants of more than R10.2-million to minstrel-related organisations, including more than R4-million to the CTMCA, between 2013 and 2019.

The Lottery last gave money, R5-million, to the CTMCA in the 2017/18 financial year. The Lottery has refused to publish details of its 2019/20 grantees for the first time in 18 years, but spokesman Ndivhuho Mafela said that no grants were made to the CTMCA during that period.

The City of Cape Town also gave over R2.2-million in cash to carnival-related entities, including R1,585,000 to the Cape Cultural Carnival and Events Committee between 2012 and 2015. But after an outcry over Lottery funding to the CTMCA in 2015, the City of Cape Town stopped giving money to minstrel-related events. It nevertheless has continued to give in-kind support, such as traffic and security services, around minstrels events worth hundreds of thousands of rand.

Following the outcry in 2015, the City lodged a complaint with the Public Protector about Lottery funding to the CTMCA.

In its complaint, the City requested that “the Minstrel Association be investigated by the Public Protector for misconduct and maladministration … [and] to report on that conduct and to take appropriate remedial action”.

During negotiations to fund the 2014 Minstrels Parade, the CTMCA had said that the R2-million that the City had offered was not enough and that it required R3.8-million to stage the event. But the CTMCA had not mentioned money received or expected from other funders, according to the City’s complaint.

The Lottery issued a statement welcoming the call for a Public Protector probe. According to IOL, the Lottery said that the minstrels had accounted properly for Lottery funding.

But though Advocate Jeff Mphande of the Public Protector’s Good Governance and Integrity Unit confirmed that the complaint had been allocated to him for investigation, it apparently went nowhere.

Mayco Member JP Smith, who lodged the complaint on behalf of the City, told GroundUp: “There was some back and forth over whether the Public Protector had the jurisdiction to investigate the complaint. We tried to follow up but got nowhere. We argued that since oversight of the Lottery fell under the Department of Trade and Industry the Public Protector could investigate.”

“Then we were told that the matter had been handed over for police investigation. We eventually just gave up. We had done our due diligence and reported it to the authorities. But it was difficult to see how the Lottery money benefited the minstrel troupes. From what we saw it did not create jobs, pay for uniforms or buy instruments.”

The Public Protector failed to respond to emailed requests for information about the outcome of the investigation.

An investigation by the Hawks also quietly petered out. At the time Hawks spokesman Brigadier Hangwani Mulaudzi confirmed the probe to the Sunday Times, saying: “There is an investigation underway and it is currently at a sensitive stage. We are not in a position to divulge much. However, the matter is receiving serious attention.”

But Mulauzi told us: “… that was five years ago and I have no idea of the outcome”. He asked for questions to be emailed so he could investigate, but did not respond with any details.

The Lottery also reportedly confirmed at the time that it had investigated one minstrel grant and had passed on its findings to the police.

But Lottery spokesman Ndivhuhu Mafela said in response to our questions about the outcome of the complaint: “Please note that the Lottery did not open any case against a beneficiary in 2014. The investigation referenced here was in cooperation with another investigation, stemming from a case opened by a member of the beneficiary organisation.”

High fliers in the spotlight

The complaints about the Lottery grants were centred on the Cape Town Minstrel Carnival Association and the men who controlled it at the time: chairman Richard “Pot” Stemmet and CEO Kevin Momberg. Both men subsequently resigned from the CTMCA, although members of Stemmet’s family are still directors, according to Companies and Intellectual Properties Commission records.

Stemmet’s factory in Ottery is still the registered address of the organisation in the CIPC’s records and both men are also current directors of a variety of minstrel-related entities.

Stemmet has served time for armed robbery and has been arrested several times on both drugs and gun-related offences. In 2009 he was the subject of a seizure order after police confiscated over R70,000 in cash and drugs during a raid on a property in Muizenberg.

In an interview with the Saturday Argus at the time, Stemmet and Momberg said that they had used Lottery funds to buy a factory that produced minstrel apparel. And, despite the conflict of interest, both men defended their right to produce the outfits. A minstrel outfit costs between R500 and R1,500 depending on a person’s rank in a troupe and as many as 13,000 individual minstrels participate annually in various events.

Momberg said: “Another company made the costumes years ago. The owner didn’t want to make them anymore. He asked Stemmet if he wanted to buy the business, and he did. He could see that Stemmet is good at business.”

Stemmet told the Saturday Argus reporter that they had used the Lottery funding to buy instruments for minstrel bands and had paid each of 40 troupes between R7,000 and R30,000 a year to operate. They said they had also bought trophies for competition winners.

But last week Stemmet was far less forthcoming about how the Lottery funding was spent. During a brief interview at his factory last week, he initially said: “I know nothing about that funding and how it was spent. It was other people involved, it was a long time ago.”

Then he suddenly accused me of recording our discussion and instructed me to “go and put your phone in your car”.

On my return, he said: “Don’t come here doing other people’s business. I am warning you just leave this thing alone.”

He then told me to “fuck off and get out” and instructed one of his workers to follow me out. The man photographed me and my car’s number plate on Stemmet’s instructions.

Current CTMCA chairman Sedick Soekor said: “I have been away (from the CTMCA) for a long time and just came back recently. I cannot answer for historic funding when I was not there.” DM